How Politics Dictated Indus Waters Treaty From First to Last

Water sharing between India and Pakistan was less about economics or ecology but far more about politics, argues the author of 'Indus Divided: India, Pakistan and the River Basin Dispute'. 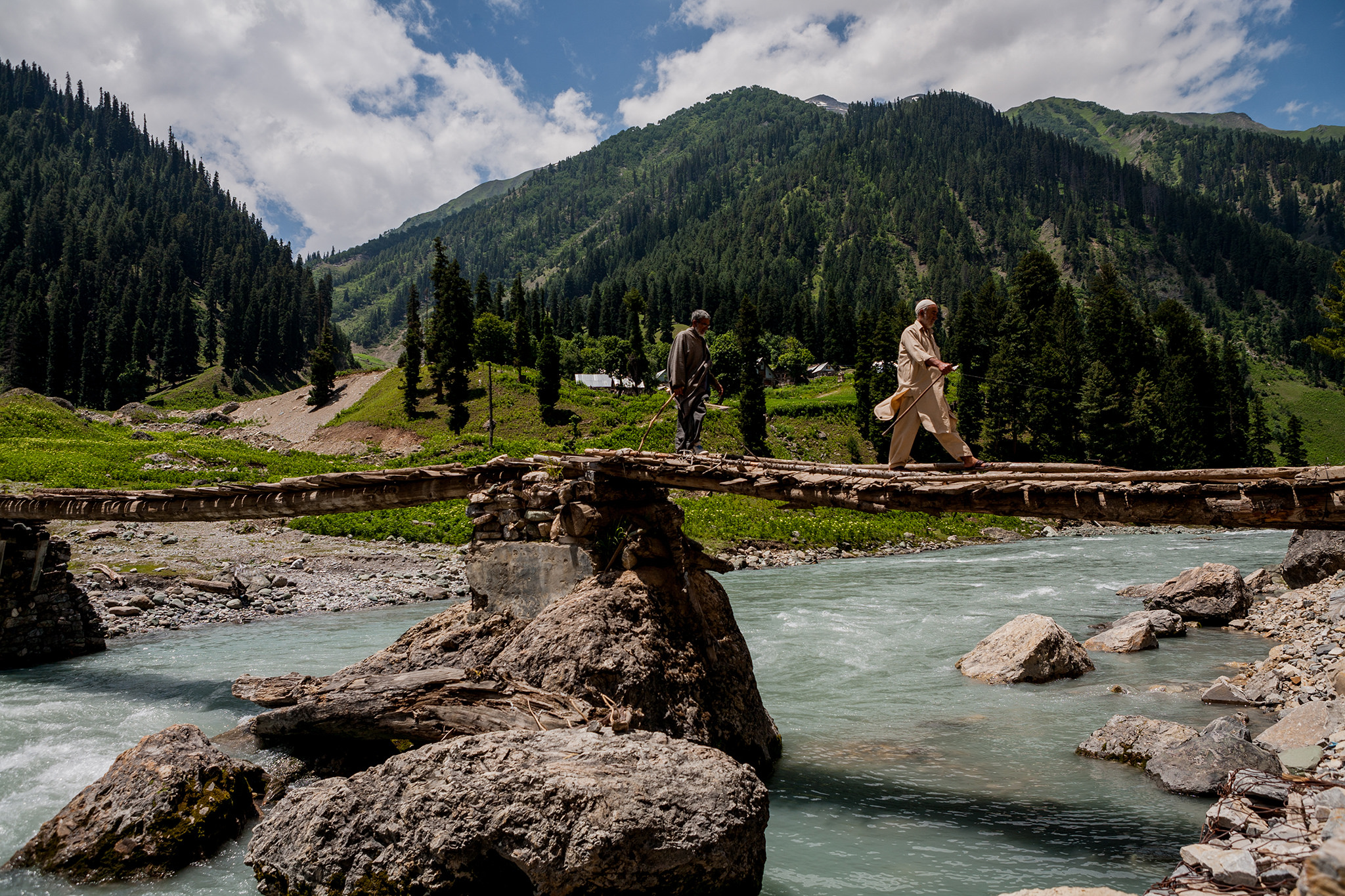 The Indus Waters Treaty must be understood in the context of the politics of its times, and it is in politics that the solutions to transboundary river cooperation lies, argues a new book.

The Indus Waters Treaty, which governs the sharing of water from six rivers – the Indus, Jhelum, Beas, Ravi, Chenab and Sutlej – between India and Pakistan, is often cited as one of the great successes of cooperation and peace building. Agreed to in 1960, it has ridden out a series of hostilities between India and Pakistan, including the full-scale wars of 1965 and 1971, as well as the more limited conflict of Kargil in 1999. This has led to a sacralisation of the treaty in public commentary, where it is seen as a great success in Indian and Pakistani – as well as international – peace building on which good relations can be built.

In his newly released book, Indus Divided: India, Pakistan and the River Basin Dispute, Daniel Haines argues that this is a simplistic understanding of the treaty and how it came about. Instead, Haines, a lecturer in environmental history at the University of Bristol, holds that the Indus Waters Treaty came about because of a unique set of historical factors that are unlikely to repeat.

This is Haines’ second book, and he draws on some ideas already explored in the first, Building the Empire, Building the Nation. In this he argued that both late colonial and early post-colonial states in Sindh used the construction of water infrastructure to enhance their legitimacy in the eyes of governed populations by promoting economic development.

This is also the angle from which Haines’ begins his book on the Indus Waters Treaty. He states that for both India and Pakistan the most important issues were sovereignty, and control of water was central to that idea of sovereignty. Crucially, though, as upstream and downstream riparian countries, India and Pakistan defined sovereignty differently. For India, sovereignty meant the absolute control of its territory – in which it included every drop of water that flowed through the country. Pakistan interpreted sovereignty on the principles of maintaining status quo, or “prior appropriation”, in other words, since the people of Pakistan were already using this water, the curtailment of them by India would be an attack on its sovereignty.

A 1948 report by the then state of East Punjab (it is within the Indian state of Punjab in India today) rejected the claim of “prior appropriation” by quoting a colonial law of 1873. The report also quoted a landmark 1895 opinion of the US attorney general, Judson Harmon, who said “an international principle of prior appropriation would ‘amount to a recognition of an international servitude upon the territory of one nation for the benefit of the other and would be entirely inconsistent with the sovereignty of the upper nation over its national domain’. The US had repudiated the Harmon doctrine shortly after pronouncing it, under pressures of its downstream status on rivers flowing from Canada. Few international water treaties recognised the doctrine’s validity.” 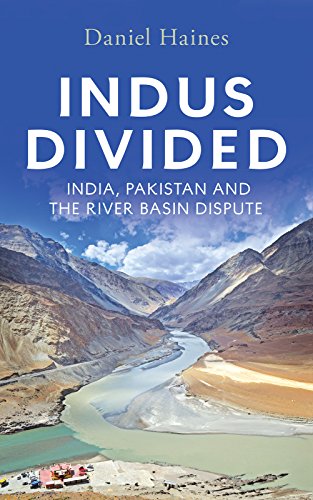 The Indian government, at the centre, also did not go this far. Jawaharlal Nehru, the Indian Prime Minister, argued publicly that India had no intention to restrict the waters flowing into Pakistan – furthermore the dams required to restrict such waters in the Chenab valley and other regions would be incredibly costly and of no possible good to India. Pakistan was unconvinced, not least because in April 1948 Indian engineers had shut off headworks that controlled water flowing into canals in western Punjab (in Pakistan). “Perhaps a million acres of Pakistani land faced drought,” according to its government. Consequently, Pakistan sought a guaranteed source of water, independent of Indian control.

This, though, is only part of the story. The person who gave the Indus Waters Treaty its first major push was David E. Lilenthal, “one of the great American technocrats of the mid-twentieth century [and a] founding member of the Tennessee Valley Authority (TVA) in 1933, the world’s first integrated river-valley development agency”. In 1951 he visited South Asia, not to advise governments on water sharing but to report on the political conflict between India and Pakistan for the investigative journal Collier’s. He wrote two influential articles on his return to the US, ‘Are we losing India?’ and ‘Kashmir: Another Korea in the Making?’ In the second he asserted that solving the Indus waters issue “was a necessary first step on the way to a Kashmir settlement.”

It was in everybody’s interest to avoid a war, and Eugene Black, the director of the World Bank, still a relatively new organisation, saw an opportunity in the 1950s to support the discussions and enhance the World Bank’s role as a mediator of disputes. Lilenthal’s original proposal envisioned the resolution of the problem through a technical solution that would replicate the work of the TVA – a basin wide management solution. His appeal was below “politics”, towards “the common goal of development” that both states wanted for their populations through the use of water resources, and to engineers. “As a British observer noted, engineers might disagree about the specifics of water-flow data but their training in modern hydrology gave them a common understanding of the principles of water resource development.”

Both Jawaharlal Nehru and Liaquat Ali Khan, the prime ministers of India and Pakistan, agreed to explore the opportunity, even if they thought that Lilenthal’s ideas were not quite correct. Unfortunately the negotiations stalled. The volume of water sought by Pakistan was simply not there, and the expense to build a canal system for that purpose was far higher than India was prepared to countenance. From 1952 to 1960 the long, frustrating negotiations continued, with Eugene Black noting, “I thought maybe we’d get all these engineers together and sit around a table. […] I felt engineers were different from other people, that they were interested in combating nature, that they were above politics […] But I was naïve.” As Haines notes, contrary to Lilenthal’s expectations, engineers “proved nationalist in their approach to the water dispute.”

In the end, it was a combination of political factors: the military coup by Ayub Khan in Pakistan and his need to create legitimacy while being able to ignore protests by large landowners in Sindh, the lowering strength of the Congress in India, the election of John F. Kennedy Jr. as US President, and the compulsion of the Cold War which led the US, UK and other NATO countries to financially support the agreement that led to the Indus Waters Treaty being finalised. It was almost instantly classified as a defeat by domestic critics in both India and Pakistan. And, as Haines shows, in subsequent efforts at negotiating a Ganges Treaty with East Pakistan/Bangladesh, India rejected the model of the treaty; at times, in fact, quoting the old Harmon position.

Deeply researched, with 54 of its 264 pages devoted to endnotes, and another 10 to a select bibliography, this is a great book for students of the Indus Waters Treaty, and very well-written. Nevertheless, it does suffer from some slight flaws. For example, the scholar Christine Fair becomes “Christian” Fair, and there is one personal reflection where Haines, when he crosses the border at Wagah-Attari, comments, “The Muslim officer’s attempt to remain on the ‘wrong’ side of the border in Gurdaspur after Independence… did seem incredible to me then.” It makes one wonder what Haines would have thought of Major General Enaith Habibullah, the first commandant of the Indian National Defence Academy, or of Mohammed Ismail, who served as Pakistan’s high commissioner to India while not taking Pakistani citizenship and retiring back from Delhi to his hometown of Gorakhpur in the Indian state of Uttar Pradesh.

This conflation with religion and nationality – or mere lack of space or knowledge – may also explain why Kashmiris have limited representation in the book, though the three rivers reserved for the use of Pakistan flow through Kashmir, and a great deal of politics is about the territory of the former princely state of Jammu & Kashmir and Indian and Pakistani claims on the territory. There has been resentment in Kashmir for a long time about India negotiating on these rivers without consulting the state government, although Haines mentions, in a passing reference, how Delhi consulted Bakshi Ghulam Mohammed, the then prime minister (subsequently the post became chief minister) of the Indian state of Jammu and Kashmir.

While Haines mentions Kashmiri concerns being raised recently in Jammu and Kashmir’s legislative assembly, he glosses over Sheikh Abdullah’s jailing in 1953 until 1964. But, if Haines is correct in his estimation, that the main challenges were political, not technical, the critical politician in the middle – who undertook, upon his release in 1964, to try and negotiate to help reach an amicable solution between Jawaharlal Nehru and Ayub Khan – was simply unavailable. This is a perplexing omission, given how central the Kashmir issue – and India-Pakistan hostility – is in the telling of the story in Haines’ book.