How Maqbool Butt Passed on the Baton of Militancy in Kashmir

An excerpt from the book 'The Story of Kashmir' by David Devadas. 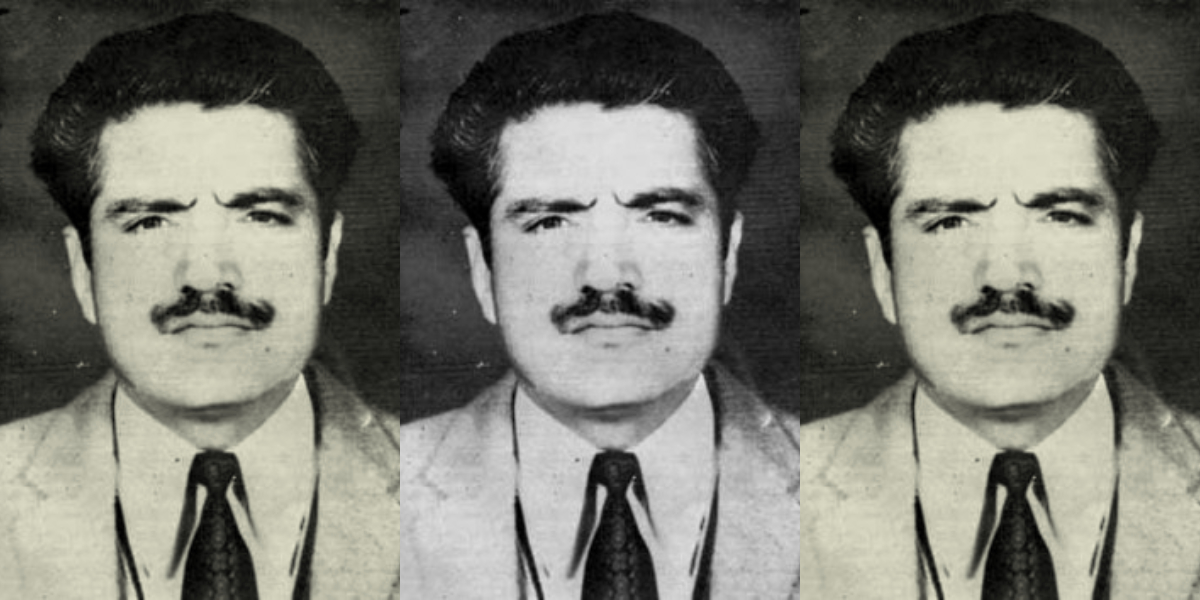 David Devadas’s book, The Story of Kashmir, is a comprehensive history of the geopolitics, politics, and the social and cultural changes in Kashmir since 1930. It gives a blow-by-blow account of the most important events of the past 90 years, including what led up to the assassinations of the previous Mirwaiz and Abdul Ghani Lone, and what was discussed when Bob Gates met the prime ministers of Pakistan and India, the ‘Gates mission’ in 1990.

In this excerpt, Devadas describes how Maqbool Butt of the Jammu Kashmir Liberation Front – who was closely associated with the first phase of the ‘azadi’ movement and was executed in February 1984 – passed the baton of militancy in Kashmir to the next generation. It reveals what Pakistan’s erstwhile dictator, General Zia-ul Haq, told the man who set up the JKLF militant operation in Kashmir in 1988, and what happened the day the current onset of militancy first began on July 31 that year.

… Lone was destined to be one of the standard bearers of the aspiration for Kashmiri independence for which Abdullah had once stood. For the moment, however, both aspired for power within the establishment. In fact, the only assertive proponent of independence in the mid-1970s was Maqbool Butt, and he had been away ever since he had been smuggled across the ceasefire line in 1968 under sentence of death. About a year after Abdullah returned to power, however, Butt returned and handed on the idea to a new generation in one of those chance encounters that become keys of history. 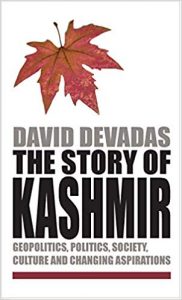 The Story of Kashmir
David Devadas (2019)

At the age of twelve, Abdul Ahad Waza was an unlikely historical figure, for he belonged to a poor family in a village at the edge of Kashmir. But he happened to be playing with a friend in the forest of pines near that village when he suddenly noticed someone watching. There were three men behind some bushes and their appearance was unsettling—dishevelled, dirty, as if they had travelled a great distance.

Waza was scared but, as he stared uncertainly, one of the three smiled reassuringly and began to speak suavely. He was tall and very fair – like a European, Waza would say many years later. His light eyes twinkled as he smiled at the boys. Ambling over, he sat down on a rock and, patting a spot beside him asked the boys to sit. He said he and his colleagues were engineers, there for a survey. Continuing to talk, he turned gradually to politics and spoke animatedly of freedom and liberty while little Waza listened, fascinated.

A few days later, the newspapers were full of a dramatic arrest. Maqbool Butt, who had magically got to Muzaffarabad after being sentenced to hang eight years earlier, had been caught. Waza was more interested in politics than most boys his age. So after he had heard the radio reports for a couple of days, something clicked in his head: that fascinating fair man must have been Maqbool Butt. Butt’s village was walking distance from his.

It had indeed been Maqbool. He had met Shabir Shah, Fazl Haq Qureshi and some of their comrades from the People’s League. That was the group former Students’ and Youth League and Al Fatah boys had launched from prison after Abdullah had returned the previous year. (Beg had bought some of their colleagues with lucrative construction and forestry contracts.) When Butt had sent a message, Shah, Qureshi and their comrades had hurried to his village but, with gallows dancing in their frightened minds, had beseeched him to go back. Maqbool had been dismissive, saying they must prepare to wage a war against India. Pakistan would support them politically and diplomatically, and he would somehow arrange arms and training. At those meetings, they never tried to sort out their divergent visions of Kashmir’s future—the People’s League being committed to merger with Pakistan (even if it never said so on paper) and Butt to independence from both India and Pakistan.

… Waza would soon learn that Pakistan’s current boss was clear, despite his own Islamist convictions, that nationalism was far more palatable to the global powers of the day than Islamic aspirations. One evening, Colonel Asad, the ISI officer in charge of training, took Butt and Waza aside and asked them to meet him the next day without telling the local JKLF leaders. The next morning, he drove them to the rocky slopes near the Afghan border, showing them how the trainees were taken in closed Toyota vans from Muzaffarabad to a safe house in Rawalpindi that belonged to Maulana Bari of the Jamaat, and thence to Kachgiri near Peshawar for training – their camp not far from those at which Sikh insurgents were trained.

A few days later, the officer took them separately again, telling Amanullah he was taking them to Islamabad’s King Faisal mosque. It was only when they swung through a pair of huge gates that the young men realised they were entering the president’s house. Waza would say years later that General Zia told them that the world must only hear slogans of freedom from Kashmir, not pro-Pakistan ones – even if they wanted to shout those. Only if the world saw their movement as an agitation for independence could Pakistan help them. The President did not bring it up but, on the way back, the colonel asked them when they intended to begin operations. He asked often after that. They promised action soon.

Also Read: To Kashmiris Who Grew up During the 1990s, India Was the Army

On 31 July 1988, three blasts shook Srinagar, the biggest at the Amar Singh Club.

Ishfaq was asleep that night in a second floor room of his house with Yasin and Javed—for Waza had given the job to another lot. But the police had heard of the dynamos of the Islamic Students’ League and a police superintendent led a posse straight to Ishfaq’s house the next morning. Swaggering in the corridor at the entrance, the officer tapped his baton and demanded who Ishfaq was. His comrades had left by then and Ishfaq, who was listening from an adjacent room, thrust a baseball cap on his head, pulled his shirt out of his belt and, tucking a couple of books under his arm, emerged. He passed the officers with a quiet, ‘Side please,’ and, as they watched suspiciously, walked down the corridor past the front door without even glancing at it. When he turned into the kitchen, the officers turned back to questioning his family – while he leapt from a first floor window. Despite a sprained ankle, he landed like a cat in the yard of the little temple across the alley.

Guessing that the area was cordoned, he slipped into an empty bier behind a nearby mosque and lay still under a shroud.

Excerpted with permission from The Story of Kashmir by David Devadas, 2019.