Tracing the history of the Ebrahim family's business history that spans across Shanghai, Hong Kong and Bombay and is HSBC's oldest surviving client. 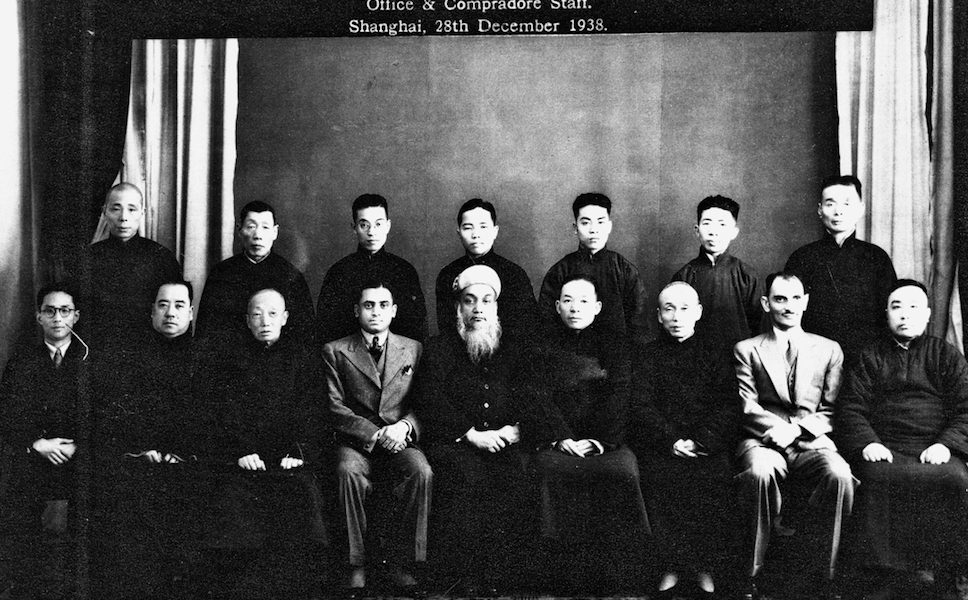 A group photograph of the Abdoolally Ebrahim office staff taken in 1938. Sitting at the centre is Abdeally Noordin. Credit: Taha Ebrahim 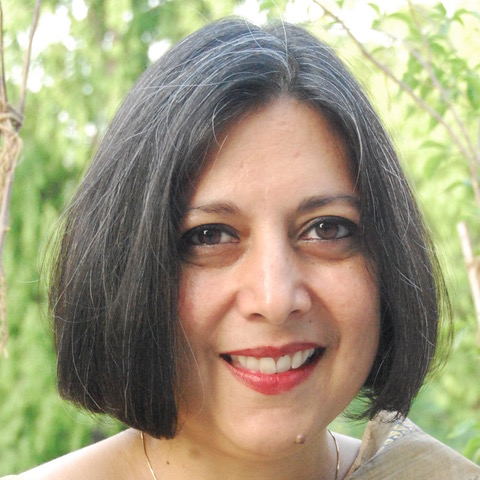 China and India are more deeply intertwined in recent history than we imagine. The connections date to before the two modern nations were formed and cluster to a great extent in the port city of Shanghai. Many settlers aligned themselves with the British, with mixed success. A daring, new multi-disciplinary anthology sheds fresh light on how, for nearly 200 years, Indians of all stripes not only traded with China, but put down roots, built houses, managed factories and expanded their cemeteries. They married Chinese women, birthed further generations and suffered through a Japanese occupation (1932-1945) along with the rest of Shanghai. This is the story of one such family of Indians which was among the early settlers in the city.

One sweltering-hot morning in Hong Kong in August 2017, Taha Jaffer Ebrahim, the fifth-generation leader of the Abdoolally Ebrahim Group, was wrapping up with clients in his office in Kowloon, as I waited my turn, admiring the old photographs adorning the walls of the hallway.

Ebrahim is a warm and articulate gentleman, who wears the full beard that his religion and the community of Dawoodi Bohra Muslims prescribe. The very word Bohra is derived from the Gujarati vehwahar, which can be interpreted as derived from “trading.”

We are meeting to try and trace the company’s history in Shanghai. All that is left of their Shanghai presence are two photographs: a framed snapshot of the company’s headquarters on the Bund and a group photograph of the office staff taken in 1938. Sitting at the centre is Taha Ebrahim’s grandfather, Abdeally Noordin (1883-1974), who himself was the grandson of the company’s founder, Seth Ebrahim Noordin (1824-97).

The company’s continuous presence in Hong Kong since 1842 is much better documented, but China was where most of the group’s trade once took place. “Shanghai was, without any doubt, more important than Hong Kong,” Taha Ebrahim said, when we sat down in his conference room.

Taha Ebrahim says that what he knows of its Shanghai history has been handed down from father to son, father to son. The company also maintains internal historical archives. At our meeting, Taha Ebrahim unfolded a large family tree, and spread it on the table.

The company history, detailed on its website, adds to Taha Ebrahim’s account. Research through the archives of the North China Herald, Shanghai’s earliest English-language newspaper, later uncovered the obituaries of founder Seth Ebrahim Noordin and his son, Essabhoy Ebrahim. Those sources, combined with references to the firm found in the newspaper yielded enough information for a rough sketch of the family’s Shanghai history.

At the urging of the 47th Dai-ul-Mutlaq, the head of the Dawoodi Bohra community, Syedna Abdul Qadir Najmuddin A.Q., Ebrahim Noordin travelled to Hong Kong in 1841 along with the British East India Company. He was 17 years old. 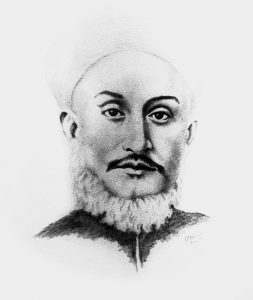 It was smack in the middle of Britain’s Opium War with China. Where did Ebrahim Noordin leave the rest of his family? Where was his sister Wazira and her husband Abdoolally Rajabali? All we know is that in 1842, Ebrahim Noordin formed a commercial partnership with his brother-in-law, Abdoolally Rajabali. Abdoolally Rajabali sold his share to Ebrahim Noordin very early on, but the Abdoolally name stuck as the first name of the young trading company. On one of his journeys back and forth, company legend has it that founder Seth Ebrahim Noordin survived a shipwreck and drifted to Bombay on a bale of cotton. The company’s intrepid leader also founded Hong Kong’s first ever cross-harbour ferry services between Tsim Sha Tsui and Central. The service was a forerunner to the Star Ferry Company, incorporated over 50 years later, in 1898.

According to the group’s website, an 1864 Hong Kong government gazette notification reveals that the British government promised Abdoolally Ebrahim and Co. compensation for the confiscation of its cargo in Canton some 25 years earlier. That would put the year of cargo confiscation at 1839, the year when China’s Daoguang Emperor appointed special imperial commissioner Lin Zexu to shut down the import of opium. Foreign traders surrendered over 20,000 chests—of those, nearly 7,000 chests belonged to Indians (Thampi & Saksena, 2009, p. 40).

The conflict between foreign traders and China intensified into the first Opium War (1839-1842), which led to China opening up five treaty ports along its coast, in Guangzhou, Xiamen, Fuzhou, Ningbo and Shanghai, where foreign merchants could live and trade freely. “Although the British government received a huge indemnity from the Chinese at the end of the war, it took a very long time to pay compensation to the individual traders – in many cases, more than 20 years,” write Thampi and Saksena, which explains the notice in the Hong Kong gazette.

From Ebrahim Noordin’s obituary, in the North China Herald (1897) we learn that Abdoolally Ebrahim and Co. was established in Guangzhou (then Canton) in 1847 – he clearly had a keen nose for business opportunities. A Shanghai government website (2017) lists Abdoolally Ebrahim as being founded in 1851. The firm’s Chinese name is 祥记 which may be translated as “Lucky Sign” and is headed, in that listing, by 翁志峣 Weng Zheyao. The address is No. 671 Sichuan Middle Road. According to the listing, the firm imported chemical materials, fibre and other commodities into China and exported raw silk, silk goods, beans, tea, cotton, cotton cloth, Chinaware, hardware and other industrial products.

Seth Ebrahim Noordin kept an eye on all developments in the commercial world. China’s foreign trade expanded by leaps and bounds after the Opium War, leading to increased trade financing and money-changing facilities, all of which spurred the opening of foreign banks in China. Most of these were branches of British banks, headquartered in London or Bombay. The Hong Kong and Shanghai Bank was the first to be created locally, fuelled by the immediate needs of traders in Shanghai and Hong Kong.

Just ten days after the Hong Kong and Shanghai Banking Corporation was founded in Hong Kong, on March 3, 1865, Abdoolally Ebrahim and Co. rushed to bank with them. They are HSBC’s oldest surviving client.

According to the company’s history, Ebrahim Noordin sent his brother-in-law Abdoolally Rajabali to open the Shanghai office in 1842. Seth Ebrahim Noordin’s North China Herald obituary puts the Shanghai office opening at 1874, the year Ebrahim Noordin turned 50, and the same year HSBC made its first public loan. Regardless of what the actual opening date might have been, the obituary notes that the firm carried out extensive trade in opium, yarn and sundry businesses in Shanghai and Canton. “From a petty merchant, Mr. Noordin rose rapidly by his undaunted energy, spirit, and ability…” it says.

By 1886, Seth Ebrahim Noordin had amassed such a fortune that he was able to build Najam Baug in Mumbai, a well-known community centre for the Dawoodi Bohra Muslims. By then, Noordin would have been about 62 years old. He would have likely retired to Bombay, having left the China business for good. In 1890, at the age of 66, he was appointed a Justice of the Peace in India, according to his obituary.

“He was very well known in India for his many acts of charity and the large sums, amounting to thirteen lakhs of rupees, he contributed to different charitable and benevolent institutions for people of all nationalities, and his own community in particular,” his obituary said. In 1892, Seth Ebrahim built Zainee Masjid, a large mosque for his Dawoodi Bohra community in the very centre of Bombay – “at an expense of seven lakhs”, the obituary adds.

Seth Ebrahim Noordin left his firm thriving in Canton, Shanghai and Hong Kong and his sons continued the work. One son, Essabhoy Ebrahim, Taha Ebrahim’s great-grand uncle, appears to have spent time in Shanghai and made enough of an impact in the city to merit an affectionate obituary himself in the North China Herald (1897). It appears that Essabhoy was the manager of Abdoolally Ebrahim’s Shanghai branch in 1883. He had some of his father’s verve, for he made many friends in India and in China, according to the newspaper.

Under Essabhoy Ebrahim’s presumed tutelage, the firm was an active member of the community of foreign merchants, led by the British and Abdoolally Ebrahim and Co.’s name appears as a signatory to petitions and letters to various authorities that illuminate a variety of the city’s foreign merchants’ concerns. Many of these efforts point to the uneasy coexistence of a forced foreign presence on Chinese soil among resentful local citizens.

Excerpted from the forthcoming book Stray Birds on The Huangpu: A History of Indians in Shanghai, edited by Mishi Saran and Zhang Ke.

Mishi Saran is an award winning novelist and author of a travelogue on the Silk Road. She has lived in Shanghai and Hong Kong.