Interview: 'Do We Have Agency In the Face of History?'

Hirsh Sawhney, the author of 'South Haven' on the relationship between literary fiction and politics and the connection between trauma and ideology.

<em>South Haven</em> follows the story of an Indian American family in a fictional suburban town in the US. Credit: Let Ideas Compete/Flickr, CC BY-NC-ND 2.0

When Siddharth, the pre-teen protagonist of Hirsh Sawhney’s debut novel South Haven, loses his mother in a car accident, he is forced to deal with his own grief, his father’s descent into depression and rightwing politics, and his older brother Arjun’s embracing of the Left. Being brown in the mostly white, fictional town of South Haven, somewhere on the east coast of the US, only adds to his problems.

South Haven raises many questions about grief, feeling ‘othered’, and the connections we draw between our personal narratives and larger political ideologies, without resorting to academic, formulaic language.

In this interview to The Wire, Sawhney discussed the differences between writing novels and critiquing them (he’s a professor of English at Wesleyan University in the US), the relationship between literary fiction and politics and the connection between trauma and political ideology.

I was really struck by how politics is, and also isn’t, a part of the book’s narrative. How much of a role did thinking about politics play in the writing of this book?

Politics and history are essential to my novel, and all of my characters are complex human beings whose psychological and emotional arcs are inextricably linked with their socio-political moments and histories. When writing the novel, it sometimes felt like a table tennis match, in which one paddle was being controlled by emotion and the other by politics. I kind of batted the ball back and forth between the two paddles, so that I didn’t lost sight of either the emotionality that is central to novels or the socio-political context in which humans and characters live their lives. To my mind, if you were to lose either one of these, the type of fiction I like to write – and read – would cease to exist. I don’t mean to suggest that emotion and politics are totally separate entities. As we know all too well, these spheres can be totally intertwined.

Do you think there’s space for literary fiction that engages with politics?

In North America, I’m not sure that there is a gigantic space for serious literary fiction that is of a political nature right now. And that’s a bummer. But then again, it doesn’t make sense to generalise. The North American landscape and the English-language literary landscape all over the world is diverse. And even in Delhi, or north India, or South Asia, so many different things are going on. I’m someone who’s very wary of the role of social media and internet technology and how it affects the production of art and our existence – of how it affects human happiness. That being said, one of the good things associated with the internet is that it creates different platforms for different voices and some amount of diversity. So in North America itself, there is corporate publishing, which has rather traditional and profit-driven paradigms and agendas, and then there is independent publishing, which is more open to risky, unconventional literature – to iconoclasm. And internet technology is one of the things that enables independent publishers to raise awareness about their books. 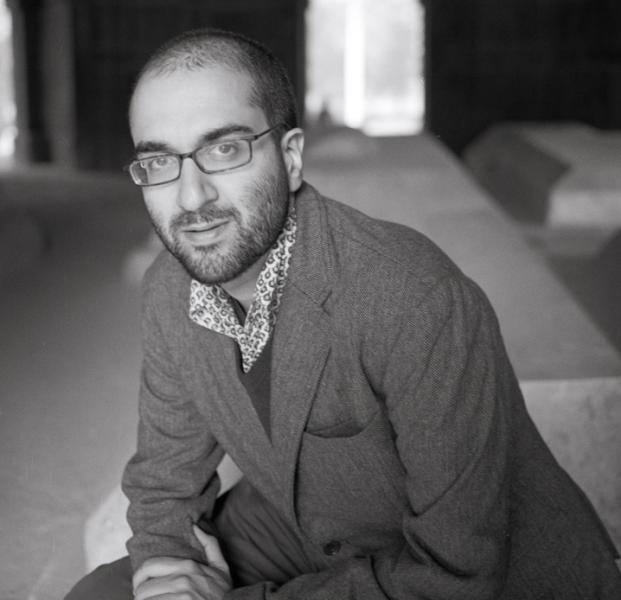 So what makes you wary of the internet?

Internet technology, and specifically social media, seem to create a certain sameness and consensus in thought. It was the echo chambers of social media, which now drive journalism and the news cycle, that, in part, deluded so many Democrat voters into thinking that the odds were so good for Hillary Clinton. So in the North American context, we’ve directly seen how the group thought that seems inextricably linked with Twitter and Facebook – and which epitomises 21st century information in so many ways – can be ruinous.

As a writer, spending time on the internet is bad for my ego. It makes me more focused on myself, when I need to be thinking about others and empathising with them. I don’t have a “smart phone” – or “dumb phone”, as I call them. This is both a political and personal choice.

Do you think not having a smart phone makes you happier?

Oh my god yes! There is a certain frenzy that I don’t have in my life as a consequence of being separated from social media, or not being connected to my email wherever I go. Some people can balance those things in their lives and consciousness, but I can’t. I get dependent on such interactions in an unhealthy way. Besides, the things I value most, things like travel, friendship, or writing, thrive on serendipity and randomness, and I don’t think the coders who created Facebook can yet replicate this type of serendipity in the digital world.

I was struck by how Siddharth, Mohan Lal and Arjun seem to have very different relationships with being South Asian in the US, and I was wondering about how you navigated the expectations and pressures of writing a ‘South Asian’ novel. How much did you think about what a South Asian novel might appear like? Did you try to respond to that or subvert it?

I do think about what it means to write fiction and the societal expectation of what it means to write fiction. And there are expectations. In America, there’s the archetypical hero’s journey in which an individual, facing hardship of some kind, makes decisions and either succeeds and fails. As a concept, individual agency is intrinsic to the narrative paradigm there – it’s a foregone conclusion that individuals have agency, right? For me that’s actually a question we need to ask. In my novel, people don’t necessarily have agency even when they try to. History – recent history, personal history and then bigger histories of Partition – hangs very heavily over the heads of these people. And so the novel is fundamentally asking the question – Do we have agency in the face of history?

In the North American context, are there certain expectations of how you as an immigrant writer represent Indian and South Asians?

I do think there is an expectation to represent and explain a strange “other” in North American. The literary marketplace still has a hunger for women in saris, wearing bindis, who light incense in front of their murtis. There is also an eagerness to see Muslim characters. And if you are going to have a Muslim character in your novel, then that Muslim character needs to have a beard and a bomb. Even if a thoughtful writer is going to deconstruct the reasons for which that character may have gotten to that place, they still have to show the beard and the bomb. I think that once you represent a Muslim character in that context in North America, even if you’re evoking a portrait of complexity, you are inevitably perpetuating the kind of simplistic myths of the hegemony. And I try not to do that. My hope is that by subtly changing the ways in which violence and immigration are depicted, I might be able to have a more long-term and sustained impact on issues of representation. 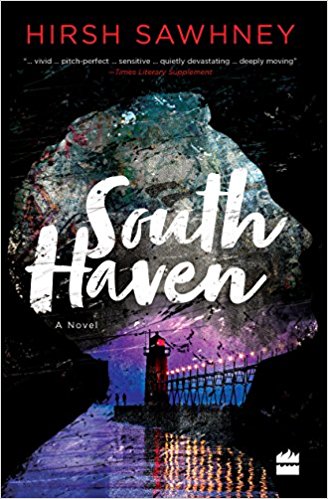 What it was like to write about grief from a child’s perspective? It struck me that whether you’re an adult or you’re a kid, the set of feelings that encompass and accompany grief don’t seem to differ all that much. Is that something you were thinking about?

I was grieving when I wrote the book. My father had died a couple years before I really started seriously engaging with this material. Siddharth is only ten when the novel begins, and his grief is really kind of raw and confused – and that’s what grief is to me. Grief is raw, irrational, confused, and grief traumatises people irrevocably. Because that is one of the things that we all have in common as human beings on this planet – we either already have or will experience grief. I think adults and children do grieve in the same way. The difference being that adults are much more repressive. Mohan Lal, Siddharth’s father, is very repressive and so much of the way in which he conducts himself in the years after his wife dies is so unhealthy. That unhealthiness is a consequence of him not unpacking his grief.

I do think there is a strong link between people’s grief and their radical or violent politics. And we certainly see that in the 21st century South Asian context, and also in North America. I am the child of Partition refugees – my parents were much, much older than me. Partition loomed large over our household and I have seen the way in which unreconciled grief and guilt from Partition have paved the way for rightwing politics, anger and violence to come into the mainstream.Yes, Mohan Lal’s trajectory explores the way grief can make people do strange political things. And same goes for Siddharth in the world of his adolescent friends. These characters really mirror each other.

In the States, there isn’t as definite a historical event that has led people to embrace extremist Trumpian politics. I think it’s a more discreet one. There has been a death of post-war American idealism and exceptionalism, particularly amongst working and middle-class white Americans. And that has created a sense of trauma and grief in people that has led them to embrace a rightwing demagogue. So then all that we’re seeing right now and saw in 1991 is so inextricably linked with the 1940s — right?

So why did you choose to frame this novel about such serious adult issues around the consciousness of a child?

The third person narrator, which stays rather close to the child protagonist, was integral to the project because I wanted the book to be emotionally and politically mature, and yet I wanted to empower readers to come to terms with their own feelings about these politics without my preaching about them. The child protagonist can’t make sense of all the politics and arguments, and, as a child, the ideas of hatred and violence that he encounters are very appealing to him. They’re much easier to swallow. As the child of immigrants, Siddharth’s feelings of marginalisation and shame around being different—which he can’t fully unpack—make the anger and violence of his racist American friends appealing.

Though Mohan Lal is a fan of Hindutva, he’s not at all religious. What does this tell us about our current politics?

Mohan Lal really speaks to the ideological murkiness of our current moment. The men in my novel, men in the West, are literally pumping money towards the BJP and RSS even though they don’t truly believe in the religious principles of these entities. I wonder if Mohan Lal is analogous to Trump in some ways. Trump is a totally irreligious figure and yet he stokes the flames of right wing Christianity. It’s a great irony. Rightwing politics are defined by the strange confluence of big atheistic money and reactionary religious ideology. This melding of worlds is politically expedient, and it’s expedient for capital.