An Old Man Burns in a Chair

An excerpt from Ranbir Sidhu’s Hacking Trump which explores the forces and people that shaped the first 100 days of Trump’s presidency. 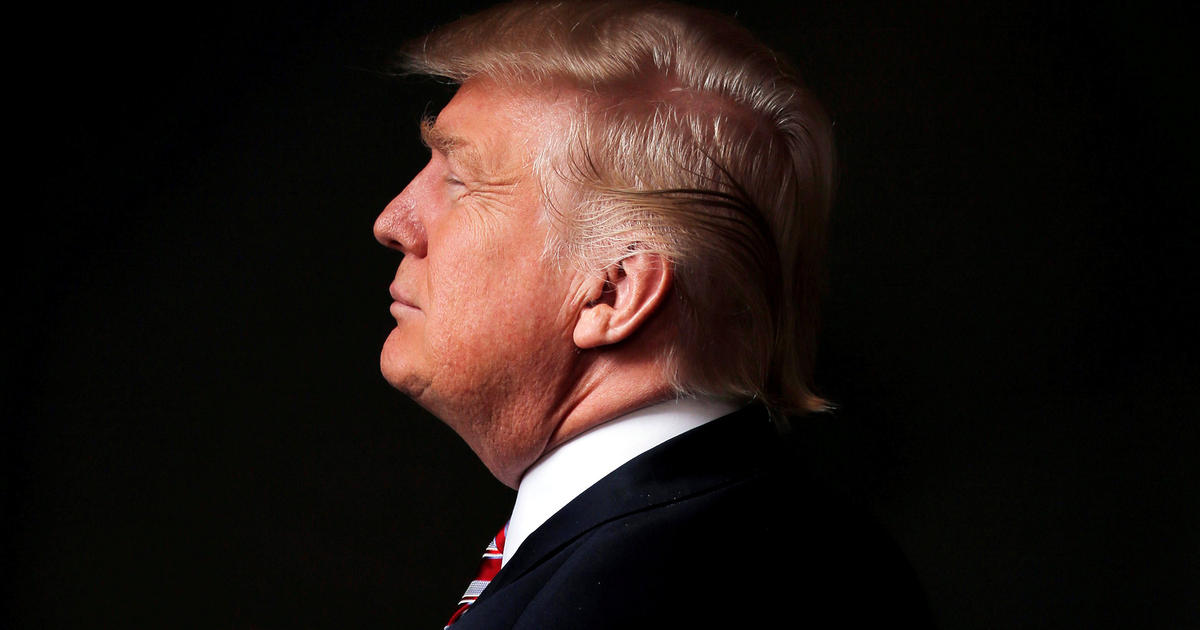 Republican U.S. presidential candidate Donald Trump poses for a photo after an interview with Reuters in his office in Trump Tower, in the Manhattan borough of New York City, U.S., May 17, 2016. REUTERS/Lucas Jackson TPX IMAGES OF THE DAY 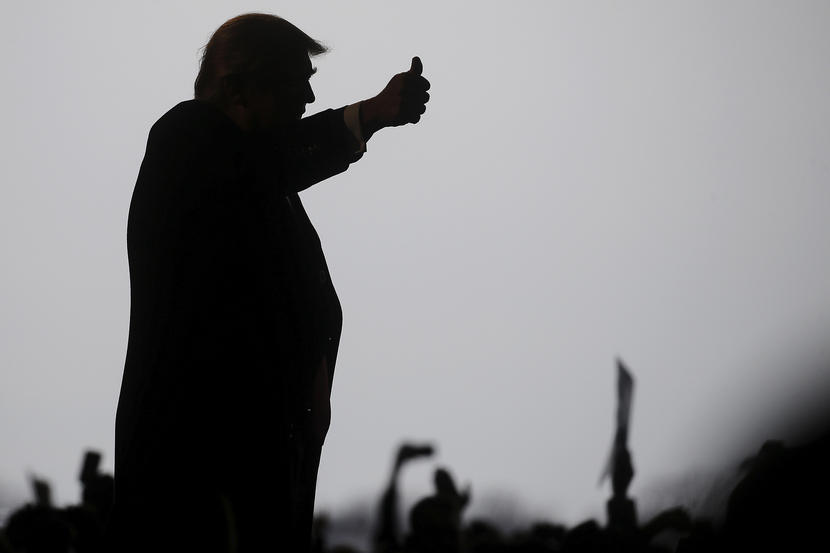 Days before the November 8 election, while driving through rural New England, I was invited to, of all things, a Guy Fawkes Night celebration—the annual British custom of commemorating the failed plot to blow up the Houses of Parliament by burning an effigy of the lead conspirator—held at a farmhouse in northern Vermont. Champagne bottles were sabered open, a sorta Irish band jammed jigs, and a bearded guy dressed in a kilt wandered around playing the bagpipes. It was a liberal crowd, Hillary and Bernie supporters, with a local Democratic state politician glad-handing among them. The air was charged with a palpable sense of excitement. Everyone knew Hillary would ace it, the first woman president. The atmosphere was electric smug celebration. I was one of them, as sure as anyone that The Donald was facing a national kick in the teeth. Believing better of my fellow Americans, I couldn’t imagine a majority in this adopted land of mine voting for a bigoted, woman-groping reality TV jackass. 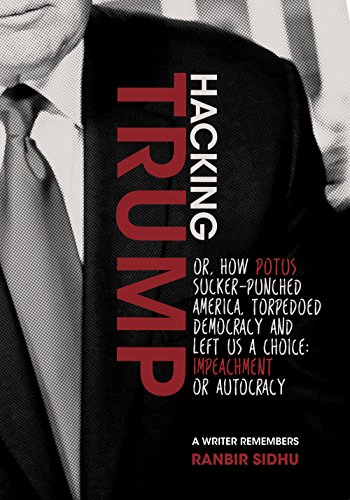 The “Guy” was marched across the yard sitting in a chair and set on the bonfire, where the chair began to burn, and him along with it. He was a crude effigy of Trump—how could he be anyone else? While he burned, and as the crowd whooped and cheered, I found myself filled with rising dread. First the head, then the torso, fell forward.

Watching, I became sure Trump would win. Months of doubts, not only about Clinton’s campaign trail failures but about the genuine magnetism of a Trump presidency for much of the electorate, caught up with me and transformed into a bone-deep certainty—no, molecule deep. I mentally argued with myself, then pushed the fear aside. I’d read the polls, gamed out endless electoral college paths to victory, and felt, after thirty-six years spent becoming an American, a visceral understanding of my fellow citizens. This would not happen. When his victory finally happened, I, like many others, felt I’d been flattened by an eighteen-wheeler.

I’ve thought a lot about that half hour watching the Guy burn. The absolute unquestioning certainty in the faces of my fellow well-meaning liberals, burnished in the firelight, along with their complacent overconfidence, destroyed my conviction in Hillary’s coming victory. We couldn’t all be so right. Trump did win, even while massively losing the popular vote—and yes, likely pushed over the top by GOP voter suppression tactics and a Rust Belt-targeted Russian fake news campaign. But he shouldn’t have come close, and those Rust Belt voters shouldn’t have been so disillusioned with national politics to be so easily suckered by the conspiracy-theory sewage spewed out by the right-wing media machine.

While I believed Hillary Clinton had the potential to be a great president, I felt little love for her phlegmatic, risk-averse plod toward the White House, suspecting we’d see four years of a soft consolidation of Barack Obama’s legacy. Not a bad thing, but certainly not a vision. At least Donald offered razzle-dazzle alongside his racist dog whistles while his promise to shake up the establishment was one promise we were all sure he would keep—that he’d shake it up by digging a few canals in that swamp draining directly into his family’s pockets was also obvious. And as much as I really did not want to live in Trump’s every-kleptocrat’s-dream America, I couldn’t summon any great enthusiasm for Hillary Clinton’s corporate-sponsored wonderland, either.

Driving through rural Maine, New Hampshire, and Vermont, it was impossible not to see the obvious: hundreds, if not thousands, of Trump signs and banners, many handmade, and less than a handful for Clinton, all preprinted, none personalized. These were admittedly Republican counties, and Clinton won all three states, but she won with a genuine lack of enthusiasm. It was a machine politics win in Deep Blue New England. What was also obvious were the shuttered storefronts, the hollowed-out small towns, the rusting cars and trucks in driveways—not a vision of American carnage, but certainly one of a struggling and largely overlooked America, Trump’s “forgotten man and woman.” One can argue over the hows, the whys, the offered and failed solutions, but it was Trump who spoke to these voters—in the language, for sure, of hidden and not-so-hidden hatred and paranoia-drenched renewal—but he spoke to them nonetheless.

Call it my inner Trumpette, chafing at a narrower and ever-more-shrill discourse on the American left. If the right had punched their ticket to Bonkersville, the left—with its increasing normalization of safe spaces, trigger warnings, the tweet-rage-happy armies of the perennially offended, and as one college administrator recently doublespoke, “empowering a culture of controversy prevention”—looked more and more like they were smoking something mighty strong, and hallucinating America as hipsterville Brooklyn, with an artisanal shoe store on every corner and Grandma and Grandpa in Wyoming talking intersectionality and their cisgendered privilege. No wonder the going-nowhere 4chan nerds flocked to the “alt-right”—the Bubble- Wrap-packed opinions of so many on the left were hardly a welcoming alternative to the shrill cry of victimization rising out of mainstream conservatism. 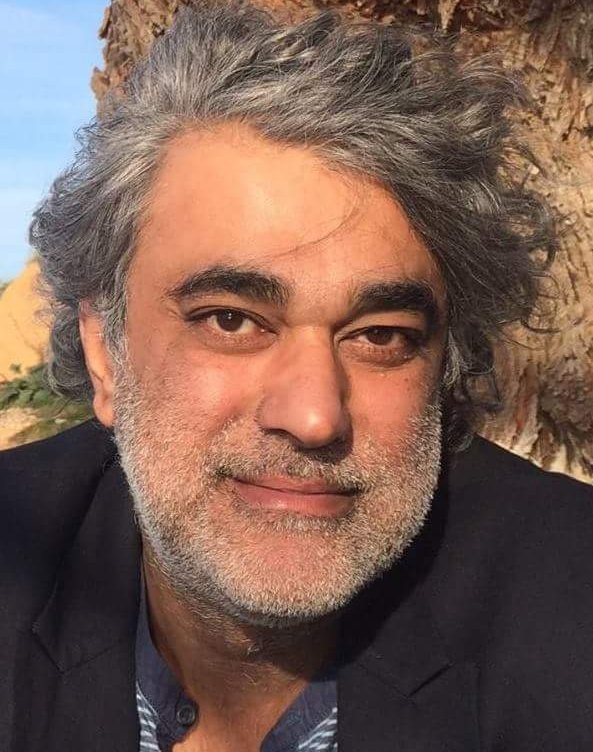 I was in New York City in the days after November 8. Hardly anyone spoke a word, and if they did, they whispered it, and no one looked you in the eye. We all felt like losers. My own anger bubbled to the point that I wanted to punch every white person I passed on the street—Trump voter or not. I said this out loud to a white friend on a crowded Manhattan subway platform and watched a sea of white faces turn to me with real hostility. I’d grown up in a world drowning in racist violence—Britain in the 1970s, which had its own sour-faced populists and demagogues screaming to make Britain great again by sending the “blackies” and “wogs” and “Pakis” “home.” As a kid, racist hooligans tried to knife me, run me over, set me on fire, and, in the worst instance, stuck a blade in my back and pressed me toward an alley, whispering in my ear they were going to skin me alive. I broke free and ran into a crowd. When I eventually left the United Kingdom it was with my brown skin intact. Watching the news of Trump’s victory the night of November 8, 2016, I grew afraid my adopted American homeland was heading back to its own violently racist past, and an echo of the world I thought I’d escaped

I got over my brief lapse of sanity without punching anyone, white or otherwise. I realized I was in mourning, like so many others, for an idea of America that had died with the election of Donald Trump. But the America I fell in love with, that impossible-to-define old, weird America, as Greil Marcus called it—hobo America, hitchhiking America, roadhouse America, open road America, flip the bird America, America of the last hope and first dreamer, orphan America, blue collar America of the understated chuckle, America as anthem and melody, whore America and cold-eyed America, ambling heat-haze America of Townes Van Zandt and Willie Dixon, wide-open America of never-ending first acts—was already largely gone when I arrived, if it ever truly existed, having leaked out into regimental subdivisions and homogenous consumer culture. Perhaps what Donald Trump offered, beyond the dog whistles and lines of 100 percent pure Colombian buffoonery, was a hope he might actually overturn the straitjacketed corporatism that had crushed the life out of so much of contemporary experience. This was baloney, of course, but perhaps a tempting fantasy to many who voted for him.

Donald Trump’s new, wild America, his Pay-As-U-Go paradise-in-the-making (for the paid, that is) surrenders the common good to our own hardscrabble abilities or lack thereof—or the vagaries of charity—while incentivizing our inner sociopath. Instead of being citizens, we’re competing customers, purchasing from our new à la carte government services menu—services outsourced to that slice of corporate America that remains friendly to Trump or as likely Trump Organization subsidiaries. We’ll be doing anything and everything to keep our heads above water in “sharing economy” America as ever-larger chunks of our “compassionately untaxed” wages disappear into countless fees and new costs, while a narrow band of the ultra ultra rich retreat to their private clubs, compounds, and penthouses, living out their Versailles fantasies in discreet seclusion.

Excerpted with permission from Ranbir Sidhu’s latest book, Hacking Trump, which will be published on January 20. The author divides his time between Greece, the US and India.