Gujarat Riot Literature: The Narrative Tool of Surveillance and Its Mystical Aftermath

Written in the form of a long narration to any stranger willing to read it, the plot of Tabish Khair's 'Night Of Happiness' consists of a first-person account of a privileged, apolitical man’s pragmatic but not unsympathetic engagement with a victim of the Gujarat riot. Ahmed the protagonist has his life twice disrupted by surveillance. Credit: Freeimagez History is ratified when literary genres emerge around large-scale manmade tragedies, like Holocaust literature and Partition literature. Now, 16 years since the horrific anti-Muslim pogrom in Gujarat, as wounds are yet to heal and cases against defiant perpetrators are still being (ba-izzat) buried, Tabish Khair brings home Gujarat riot literature with his latest novel, Night of Happiness. While there are several well-written books on the events of the pogrom, this is among the first works of fiction to be based on it. 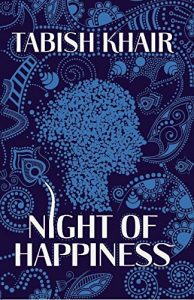 The riot as the theme, however, remains a spectre – much like the phantom halwa that is a recurrent motif – in this novel that has the racy pace of a Stephen King thriller and the poignant depth of soul-searching poetry. Written as an epistolary narration made to any stranger willing to read it, the plot consists of a first-person account of a privileged, apolitical man’s pragmatic but not unsympathetic engagement with a victim of the riot. The manuscript is left anonymously next to the cursory copies of the Bible and the Gita in a hotel room. (The Quran is conspicuous by its absence in the drawer despite the Amar-Akbar-Anthony euphemism for religious tolerance in India. The author doesn’t mention it at all. Sometimes, words say more by the silences they enclose rather than their implied meanings).

The original title of the story within the story – The Spectral Infinitude of Small Distances – is stricken out but some indicative lines from the Rime of the Ancient Mariner remain on the first page. This rejection of the romantic followed by the endeavour to look at the mystic with real eyes sets the tone for what is to follow in the slim, 150-page volume.

Ahmed, the protagonist is a many-layered character. He is a diligent and trustworthy employee, awe-inspiring as a polyglot, calm and composed, sage-like in his philosophical explication of everyday situations. A caring neighbour, he exudes old-school tehzeeb but doesn’t hesitate to stand up against dogmatic nonsense, and he is, quite apparently, a man who has undergone a great deal of spiritual evolution. The portrayal of Ahmed as the ‘liberal’ or the ‘good’ Muslim makes the discerning reader wonder how the popular social narrative has normalised the need to look at these adjective associations with the word Muslim as anomalies – or, in the first place, for the need to specify such associations as if they are otherwise mutually exclusive.

In all this, Ahmed also inhabits a mysterious space; one with a non-normative centre, an alternative reality. How does the rational reader look at it – as mental illness, as the narrator, Anil Mehrotra does – or does she make use of the interpretative freedom the author allows her and ponder over the deeper meanings of faith – both, in the religious sense and as a matter of personal beliefs?

While the character of Ahmed is complex and intriguing and Mehrotra’s is more linear, it is, in fact, the latter in whom the novel’s strategic strength lies. In his self-assured apathy to wider social concerns, Mehrotra embodies the ‘soft’ intolerance of the ‘educated’ elite of India such as the IT and the Management class that inadvertently sides with the oppressor by its inability to look beyond its own specious cares. Not only does that make him relatable to the average Joe – a Jaideep or Jagdish who likes ‘Muslim food’ but secretly believes ‘love jihad’ is a thing – but he is compelled to undergo some soul searching along with the character. This is a feat that no amount of heated Facebook debates can accomplish. The novel reaches out and speaks to you and does not simply occupy a high pedestal covered in literary glitter, to be seen and not touched. It also helps that its language is simple and accessible. 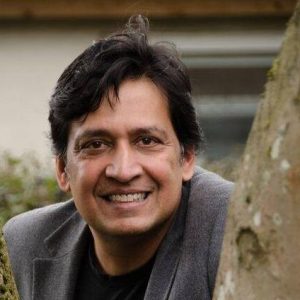 While it references the past, the novel remains rooted in the present not just because of direct contemporary allusions within it, but in its most important narrative tool – that of surveillance. Data is the new capital and surveillance, the means of control in our times. The powers that be demand more and more access to our personal information while legislating opacity for their own machinations. Dubious detective agencies running out of dingy buildings employed chiefly by suspicious spouses are a thing of the past. They are now replaced with swanky businesses whose owners go golfing on the weekends. In the new environment, these firms have respectability as the backend industry of corporate law.

Ahmed’s is a life that is twice disrupted by surveillance: the first time when details of his whereabouts are accessed by religious fanatics, and the second when his employer has ‘got to do what he’s got to do’ in the best interest of his company.  In the first instance, Ahmed is minding his own business, but there is a clause: to adapt a phrase from an African American well-placed cynicism, he is living ‘while Muslim’. In the second, he is mad while Muslim. This, again, brings the story back from the pogrom as not an isolated incident but as a precursor to the present normalisation of punishing ‘while Muslim’ crimes in India: eating, travelling, studying, treating patients – the verbs go on, that have become everyday phenomena.

To add to this pressing relevance, the plot is rendered more real by Khair’s droll portrayal of modern lives: the good marriage as a functional cohabitation of individuals, filial formality, elite lifestyles that are disconnected from the social lithosphere and his endearing and almost self-deprecating sincerity in his disdain for culture-vulturism of the literary circles.

There are a couple of instances, however, where the authorial intent sticks out as a direct communication from under narrative layers. But art for art’s sake is a debatable ideal.

As history is being made, there’s something rotten in the state of India, the novel tells us. Khair writes from Denmark.

Maithreyi Karnoor is a literary translator and poet. She lives in Goa.