The 'Father May Be an Elephant and Mother Only a Small Basket, But…' explores the lives of the Madigas, categorised as Dalits in Telangana and Andhra Pradesh. 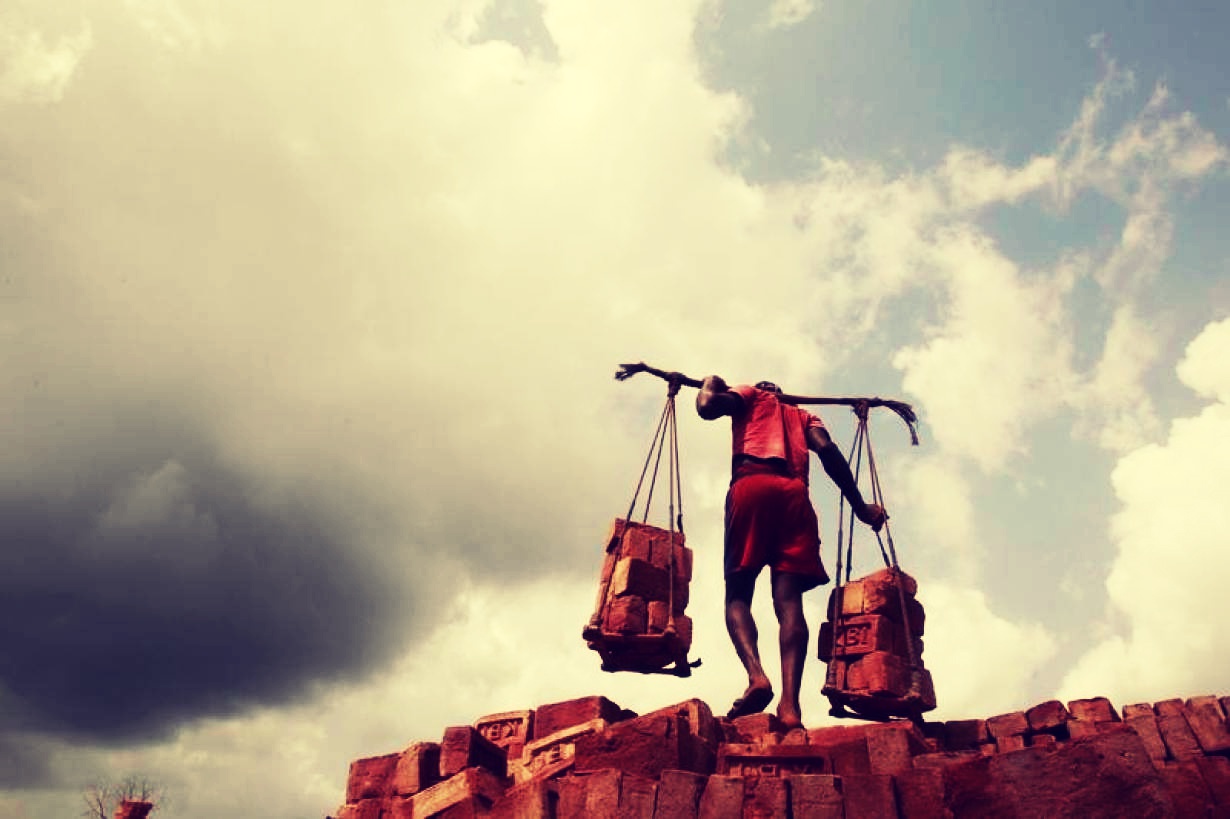 There’s a scene near the end of the short story “Jambava’s Lineage” where a woman named Ellamma notices that something has happened to upset a group of children who are standing nearby as she chews betel. The children are members of the Chindu caste, itinerant performers who act out the myths of the communities they visit. But at that day’s performance, villagers who showed the actors respect were openly mocked: the Chindu are lowborn, the subtext was, and so were undeserving of deference no matter how skillfully they played their parts. When the children relate what they saw, Ellamma, an actress herself, responds: “The best way for us is to attract them with our performance, to make it so riveting that they sit and watch for hours. That is the most fitting reply to those who try to ride rough over us.”

It’s tempting to read the line as a kind of thesis statement for the book in which it appears. Father May Be an Elephant and Mother Only a Small Basket, But… is the debut short-story collection of Gogu Shyamala, a lifelong activist in her home state of Telangana.

Described by the Times of India as “one of the foremost contemporary Dalit voices in the country exploring the tribulations and aspirations of her community,” Shyamala has previously edited Black Dawn, a volume of Dalit writing from Telangana, and authored a biography of the state’s first Dalit woman legislator, T. N. Sadalakshmi. These stories, which mainly focus on the Madiga subcaste, are an extension of her broader political engagement.

Outside of the margins

Shyamala’s book is part of a larger wave of Dalit feminist literature that has won recognition and scholarly attention in recent years. Dalit writing began receiving broader attention in India in the 1990s with the translation of several influential works from Marathi, a language with some 73 million speakers, predominately in the state of Maharashtra. Still, the Indian literary establishment has dragged its feet when it comes to promoting the work of Dalit writers, to the point that many still find it difficult to secure a publisher.

Perhaps unsurprisingly, the barriers to entry have been particularly high for Dalit women. In this context, the scholar Susie Tharu has dubbed Shyamala an author less of “short stories” than of “little stories,” a term that references both the Telugu tradition of “little magazines” and the writer’s position as a subaltern whose work pushes against the mainstream.

Caste politics are everywhere in Shyamala’s collection, even when they’re not at the core of a story’s main conflict. Stray mentions of a brother in debt bondage and meager gleanings left behind for the poor in a landlord’s rice field reorient what might otherwise be carefree scenes of pastoral labour or childhood games.

Given all of this, the assertion in an accompanying essay by K. Lalita that Shyamala’s collection is “not overtly didactic” feels both off base and unnecessary, reading as it does like an attempt at prophylaxis against “show, don’t tell” criticisms. Perhaps sometimes, after all, there’s simply nothing to be done but tell.

A Marxism of sorts

Born to a Dalit family of agricultural laborers, Shyamala was the only child in her family to receive a higher education (her eldest brother was forced into bonded labor by the local landowners when her parents raised the possibility of sending him for further schooling). As a student, she was active with the Communist Party of India (Marxist-Leninist) but eventually became disenchanted when she saw how issues of caste inequality persisted among the group’s membership despite their stated convictions.

In an interview with the News Minute, she recalls protesters from privileged backgrounds talking their way out of arrests while the Dalit comrades who stood shoulder to shoulder with them were taken off to jail. She also cites the 1991 Tsundur massacre – in which a mob lynched eight Dalit men in a village in Andhra Pradesh with the complicity of the police – as a turning point in her political development, particularly after watching the victims’ widows shoulder the dual burden of caring for their families alone and building the legal case against their husbands’ attackers. This latter episode recalls feminist themes that Shyamala would draw on and develop in Father May Be an Elephant. 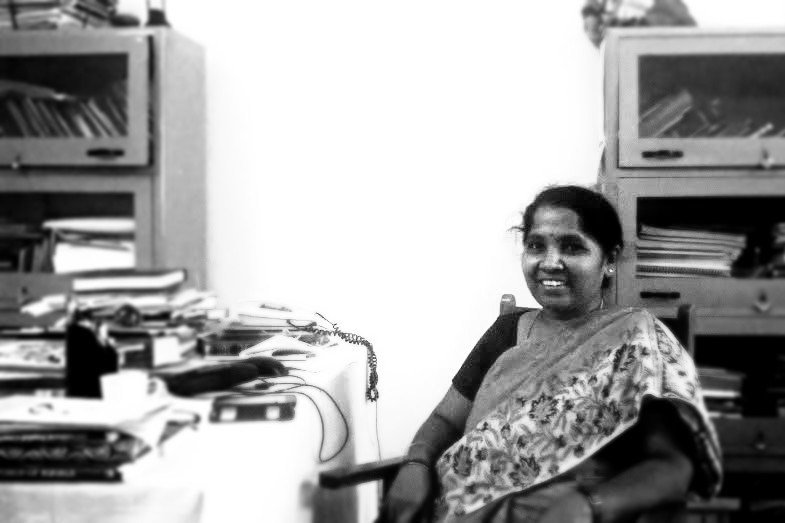 Despite her turn away from the party, Shyamala’s work nevertheless retains a Marxism of sorts, present in the perspective through which her characters view the world. In her stories, Shyamala pays close attention to the great chain of labour behind the production of seemingly simple goods, from the process of grinding castor seeds as fuel for an oil lamp to the many steps involved in making a replacement for a broken shoe.

Members of the privileged castes, by contrast, are depicted as alienated from and ignorant of the world by virtue of their distance from production, a point made explicitly in “A Beauteous Light” (the collection’s final story and also its strongest) when a group of lower-caste villagers are discussing what to do about a boy who has been abandoned by his Brahman family as punishment for falling in love with a Madiga girl:

“If you [fellow Dalits] discuss workmanship, they [the Brahmans] discuss eating; if you worry about how to live, they talk about the next birth or heaven after death . . . you value the buffalo but he worships the cow. Why? You raise the calf into a bullock, break it in, and domesticate it for agricultural work…. You raise bullocks because you do agricultural work and turn the land into a productive asset. But there is no natural connection between the world in which they live and the tilling of the land.”

But Shyamala resists the temptation to romanticise a life of manual labour. In one scene from the collection’s eponymous story, a wife’s long-awaited reunion with her husband, returning to the village after a year spent toiling in the city, is cut short because she must rush to the mill and trade jowar seeds for flour to prepare their meal. What might seem to be a diversion, an odd choice to pull away from the action at the point of emotional crescendo, is in fact quite revealing. Shyamala’s stories are highly attuned to how, particularly for women, the heaped responsibilities of running a household divert and distract from what should be the narrative thread of their lives.

Collectivity – and the obligations that it engenders – is a major throughline in Father May Be an Elephant. Women beloved by the community are called “the daughter of the village” and characters discuss “the good of the village” and “the fortunes of the village.” This sense of oneness and community transcends the bounds of the human world: animals are endowed with names, personalities, and carefully studied physical descriptions, while a story narrated by the communal water tank takes a zoomed-out perspective that encompasses not only the varied activities of daily life but also the arc of modern Indian history. (In the book’s glossary, Shyamala explains that conflicts about water management were a major contributing factor in Telangana’s secession from Andhra Pradesh.)

Against this background, absences — tears in the fabric of the community brought about by exploitation — register keenly, as when a father’s exile from the village after being framed for a theft is embodied in the steady rot of their roof thatch, with no one left to repair it.

This sense of collectivity is also something Shyamala’s upper-caste characters attempt to exploit for their own ends. In “Raw Wound,” when a landlord declares that a young Dalit girl must be given to the temple as a jogini (a female temple attendant who is sexually available to the local men), her father attempts to send her away to continue her schooling; in return, he is beaten half to death. It’s a fair punishment, according to the landlord, for disobeying what he calls “the village voice”: by depriving the community of its jogini, so the landlord claims, this father has put his own selfish wishes above the needs of the many.

Father May Be an Elephant is often at its most interesting when its stories highlight how precarity is constructed, maintained, and ratcheted up by those in power. Shyamala’s a close observer, too, of how her characters find ways to undermine and even mock the strictures of the system – as when a young Dalit boy, dawning to the fact of his caste and what it means to his classmates, invents a game where he “trips” and falls against them, to their disgust and his private amusement.

Originally written in Telugu, Shyamala’s original text is by all accounts a sharp and deliberate departure from the standard version of the language in its use of vocabulary and expressions, particular not only to the Tandur region but specifically to the Dalits who reside there. Indeed, Father May Be an Elephant was put out in English by Navayana, a publishing house influenced by the radical anti-caste legal theorist and economist B. R. Ambedkar, before it had even found a Telugu publisher. This fact further highlights the difficulty faced by contemporary Indian writers working in non-hegemonic languages or dialectical variants, particularly when writing in forms considered less commercially viable, such as short fiction and poetry.

The translation, undertaken by multiple hands, generally keeps to a rather formal English, eschewing contractions and occasionally slipping into outdated usages (as when characters refer to the young boys in the village as “fellows”). This formal style was chosen, according to the translators’ note, in order to grant “the Tandur variant [of Telugu] the status and dignity of a full-fledged language.” I found myself pausing over this remark: if the goal of the collection is to celebrate quotidian language and its speakers, why scorn quotidian English as a flawed or insufficient literary vessel? In any event, when it comes to dialogue rendered in such a manner, the effect is to pull the reader out of the stories’ realism, a feeling that is heightened by the tendency of Shyamala’s characters to speak in paragraphs.

The collection’s stories do sometimes feel incomplete, as though we have just finished reading the introductory action to a more expansive tale. In a sense, this is of a piece with Shyamala’s broader examination of the breaks and disjunctures produced by poverty. Just as she eschews typical literary language in favour of local dialect, her stories are often centered less around a conflict and its resolution than the relation between a series of quotidian events in the river of time, from which drama may or may not emerge. At points, her endings can seem abrupt, at others pat, and it is this latter result that is more at odds with her project. Her characters, after all, deserve endings in keeping with the vitality with which she has endowed the rest of their stories.

Erica X Eisen is a writer and an editor at Hypocrite Reader. She currently lives in Bishkek, Kyrgyzstan.