Traveling Through Time With James Gleick

Gleick's book's charm lies in his stitching together the ideas of writers, philosophers and scientists as far apart in history as Lamb and Oates, Aristotle and Hume, Galileo and Bohr 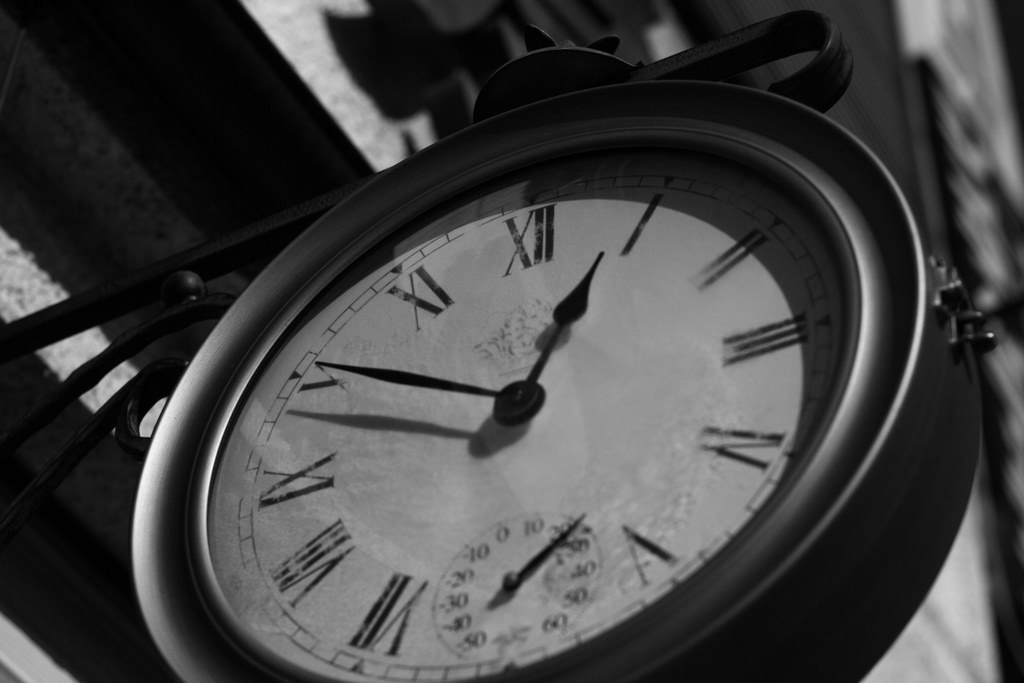 James Gleick explores the trope of time travel in the popular and scientific imagination as something that could be enabled by technology rather than a flight of mind or spirit. Credit: sfj/Flickr, CC BY 2.0

I begin my journey into James Gleick’s latest opus with a more-than-fair degree of skepticism, looking for gaps and omissions in his ambitious exploration of the idea and imagination of time travel.

Begin. Journey. Into. Time. Travel. Words that have always seemed to belong together. Always.

And it’s hard to find them. The gaps, I mean. Yes, there are writers and thinkers I might have added to the mix, more stories from the East and elsewhere, less of a focus on Euro-centric literature and modern science. But that’s just a small thing when one considers the breadth of the task he takes on. You begin by thinking that all Gleick is doing is tracing the history of time travel in literature, and very soon you realise that’s just the prompt. Getting on to H.G. Wells’s Time Machine is just the beginning. It’s more than just a journey from here to there and back, or beyond. It’s trying to trace the ephemera of intellectual and imaginative pathways through an idea that is as elusive as it is mundane. It is a pretty impressive challenge he’s set for himself.

And he handles it with a lightness that keeps you reading, keeps you stopping and thinking, “What an elegant way to put that.” Of course that is the writer’s craft, but it is also the craft of a writer who is serious enough about the subject to be visibly tentative, uncertain and driven more by curiosity than the need to confirm, thus eschewing the voice of authority that so often comes with authorship. This should come as no surprise. After all, this is the same science writer and author who has exhibited an equally light touch with such dense subjects as chaos and information as well as biographies of Isaac Newton and Richard Feynman.

The charm of this book lies in the seamless way in which Gleick stitches – no, melds – together the words and ideas of writers as far apart in history as Charles Lamb and Joyce Carol Oates, of philosophers from different eras as Aristotle and David Hume, of scientists as removed from each other in time as Galileo and Niels Bohr. Although, one might say nothing other than time separates people on an intellectual trajectory from then to now. Or to whenever.

A turn in the road

But seriously. It’s not often that you can sit around a table – virtual or otherwise – and engage in conversation with (among others) Einstein, Kurt Gödel, Feynman, Ursula le Guin, Wells, Asimov, T.S. Eliot, William Gibson, Borges, Buddha, St. Augustine, Aristophanes, even Woody Allen and his Sleeper (1973). In fact, all the names you can think of in art, imagery, word and symbol that have ever wondered about, investigated, challenged, played with or represented that slippery thing called Time, or time, as the (lower) case may be. In this book, Gleick invites them all to the table with us and initiates a dialogue about time, across spaces and frames of thought.

Like a true archaeologist, Gleick immerses himself in the subject of his inquiry, applying himself to the careful uncovering, page by crumbling page, to the question: What is time? Like a poetic refrain, the question is explored and then posed again. His search for an answer is an excavation through the layered terrain of literature, lexicography, science and philosophy.

But let’s begin at the beginning. Gleick’s origin story of time travel is Wells’s Time Machine, which catapults him from the present – 1895 – to many millennia ahead. In Gleick’s story, Time Machine “revealed a turning in the road, an alteration in the human relationship with time.” He clarifies:

If we stretch, we can find arguable cases of precocious time travel. Time travel avant la letter. In the Mahabharata, the Hindu epic, Kakudmi ascends to the heavens to meet Brahma and finds upon his return that epochs have passed and everyone he knew is dead. … There was also time travel by dreaming, time travel by hallucinogen, or time travel by mesmerism.

However, the early twentieth century was a time when the future was just beginning to show its face in the form of the industrial revolution, when the new science of archaeology was unearthing concrete evidence of the past. Suddenly, time was rendered discoverable, a series of points that could be made visible to those who wished to see. While philosophers had always grappled with questions of change and permanence and the nature of the self in relation to a changing world, writers were beginning to look around the corner of time, their minds racing ahead of science. “In the pages of the pulps, the theory and praxis of time travel began to take shape.” It would be ten years later that a young clerk in Germany would start to talk about a new kind of physics, one that would question the substance and the spirit of time. “Wells in 1895 and Einstein in 1905 both bust open the notion of time in different ways… it’s weird,” noted Gleick at a recent book talk. “And Proust and Joyce and others in the early part of the century began throwing the notion of time up in the air.” That then becomes the hook on which the rest of the book drapes itself. Gleick explores the trope of time travel in the popular and scientific imagination as something that could be enabled by technology rather than a flight of mind or spirit.

Despite the title, however, the books ends up being about much more than just time travel; it interrogates the physics, mathematics and language of time, its relationship with the real, the imaginary, the possible and the improbable. What does time have to do with our notion of self, our mortality, our place in the cosmos? Does it even exist outside perception, apart from experience? Or is it the very substrate on which we unfold? Many of us remember the slowly turning wheel of ‘kaal‘ on the television screen, his deep voice (always masculine) opening the doors to a retelling of the Mahabharata. How can time tell a story? Does the story even exist without time to tell it?

The timepiece as character

In fourteen units, Gleick wanders through such questions, taking you on an exhilarating run, more a marathon than a sprint, the chapter titles offering a sense of the different strands of thought he tackles. For instance: he begins with ‘The Machine (and Wells’s contraption)’, then delves into the stories of the ‘Philosophers and Pulps’ (storytellers and their fantasies) and the theoreticians who mathematically drew the ‘Arrow of Time’ (mental gymnastics with numbers and symbols), taking the metaphorical turn with ‘A River, a Path, a Maze’ (with what words can we grasp it?), and ending up in our own hyperconnected, instant-replay time, ‘Presently’.

Along the way, he deals with the usual suspects in any story about time: Heisenberg and the uncertainty principle; the Einsteinian space-time continuum and the Newtonian ‘universe rigid’; the grandfather paradox (you cannot travel to the past and kill your grandfather because then you would not be born to grow up and go back to the past to kill him); Hollywood movies (Back to the Future) and cyberpunk literature. In each case, Gleick points to the limits of analogy, limitations that ultimately render them “shabby” approximations of the illusory yet binding nature of time.

And as he puzzles through humankind’s fascination with movement through time, we see the questions running across his mind: “Why do we need time travel, when we already travel through space so far and so fast?” And he surmises: “For history. For mystery. For nostalgia. For hope.” And ultimately: “To elude death.” The writing is in places almost poetic. Aptly so, perhaps, as the poet is closely related to the philosopher and both have a role to play in getting us thinking – about what we think and how we think.

Late one evening – 5:47 pm to be precise – I wander through a museum, culture’s attempt to draw out meaning and coherence across the march of the centuries, and find myself in a mini-cinema-hall. On the screen flashes a series of images, a carefully curated montage of scenes from the movies: black, white, grainy, restored, recoloured, digitised. Soon I realise that the main character, sometimes centre-stage, sometimes on the edge, is the timepiece, variously in the avatar of clock, watch, hourglass, digital display. I am watching The Clock by artist Christian Marclay, a work that (according to the museum description) “marks real time as it passes, synchronised to the time zone in which it is exhibited, it serves as a timepiece in its own right. … Its 24-hour duration allows us to experience the cinematic archetypes of human life at particular times of day. The piece has no beginning or end and no overarching narrative, but it contains countless fictions within its fragments.”

As I sit in that darkened space where time ticks by, a frame at a time, I experience my own fictional fragment synced in space with the others who are also watching. I travel through time, in time, with time. And still, I wonder, like Gleick and so many others that he has called upon in his own journey through this book: What is time?

Usha Raman teaches writing and digital media culture at the University of Hyderabad and edits Teacher Plus, a magazine for school teachers.