Celebrating Gajanan Madhav Muktibodh, a Marxist Poet Who Understood Both Darkness and Hope

Had Muktibodh been alive to watch all this celebration, he would have asked the same question he posed in his lifetime: “Partner, what is your politics?" 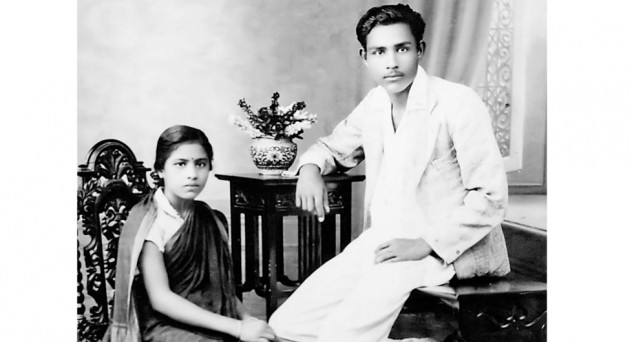 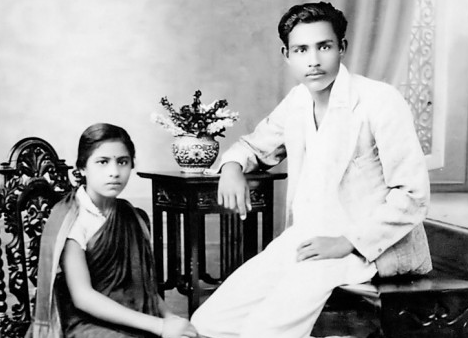 Gajanan Madhav Muktibodh died when he was only 47. He did not live to see a single published book with his name on the cover; instead, he led a tough and tortured life that broke him badly. One of the greatest Hindi literary critics, Ramvilas Sharma, saw a number of contradictions in his poems and personality and suggested that he was schizophrenic. Some of his poems seem to be feverish and unconscious monologues.

But 53 years after his death, he is one of the most celebrated poets in Hindi. His birth centenary has just passed. Hundreds of seminars and programmes have taken place this year in different cities and universities in India. This year on his birthday, at least two news channels (NDTV India and Ajtak) telecast his poems. Ravish Kumar ended his primetime show with Muktibodh’s poem and Punya Prasoon Vajpayee started his Dastak with it. Even in the Indian high commission in London his centenary year was celebrated. Ideological wars are being waged for his legacy as a poet. A section of critics demands that his poetry should be read primarily through a Marxist perspective, whereas another group insists on focusing on his inner soul searching.

Had Muktibodh been alive to watch all this celebration, he would have asked the same question which he posed in his lifetime: “Partner, tumhaari politics kya hai? (Partner, what is your politics?)” He understood the meaninglessness of fame and at times ridiculed it. In one of his poems, he wrote, ‘Dekh keerti ke nitamb ithlaate (Watch the hips of fame swaying.)

Certainly, Muktibodh was primarily a Marxist writer, which is evident in all his ideological writings, and any attempt to create confusion on this account, using the different layers present in his poetry, should be considered mischievous. Still, to limit him only to Marxist boundaries is again an injustice to his broad vision, which touches deeper issues of contemporary reality. In fact, in his innermost searches, his plunging into darkness and in his tormented vision, he comes very close to existentialism.

But what is the secret to his newly-acquired fame? It is often said that he was ahead of his times. He foresaw the darkness which later on emerged in Indian public life. On closer scrutiny, though, this seems to be a half-truth. Those dark times were prevalent in his lifetime as well. Recently in a speech, renowned poet Asad Zaidi rightly suggested that in the mirror of Muktibodh’s poems, we should scrutinise the Nehruvian era afresh. At times it seems that the myth of Nehruvian democracy is exposed in the presence of Muktibodh. It cannot be ignored that his book on history was banned in that democracy. It was titled Bharat Itihas aur Samskriti and written as a course book for Madhya Pradesh, but after criticism by those offended by his Marxist perspective, the state government banned it. He appealed in the high court, which permitted the publication of the book, but after removing the so-called objectionable parts. It was never republished. Its non-controversial parts are available in the Muktibodh Granthavali.

His criticism of Kamayani was almost ignored. He had to leave many jobs because of his faith in Marxism.

All this agony is reflected in his poems, though not in a simplistic way. He is able to see his personal trauma in the perspective of the social tragedy which was unfolding. He sees the march in which all artists, intellectuals, authors and journalists are participating along with criminals of the towns and leading the pack is Domaji Ustad, the famous murderer.

This is Andhere Mein (In the Darkness) – a very long poem which begins like a horror film, producing images after images, and ultimately emerges as a new kind of poem. The poet says, “Abhivyakti ke khatre uthane hi honge, todne honge hi math aur durg sub (We will have to bear the dangers of expression. We will have to break all citadels and camps)”.

But what kind of danger and darkness is this? Is it the darkness of the innermost soul which the poet descends into? Or does it have anything to do with the Nehruvian era to which he belonged? Is that era worthy of such intense criticism?

But Muktibodh not only criticises the brutality of state power, he also exposes the hypocrisy of the Indian middle class. In fact, his entire writing is a kind of self-introspection. In our times, such introspection has become rare. He is perhaps the only writer who seems to persecute himself in his urge to reach closer to the truth. He offers his own soul on the altar of poetry. His honesty is self-consuming in the search of his content.

In this process, Muktibodh creates a new idiom, a new language and a new poetry. He deconstructs the known images and metaphors. His moon has a skewed face (Chand ka munh tedha hai), his Brahmaraksha is cursed because he doesn’t impart his knowledge and the liberation or salvation of the Brahmarakshas depends on someone on whom he will transfer his learnings. At times, Muktibodh seems to be Kafkaesque – he feels himself transforming into an orangutan. But there is a difference. Kafka seems to be taking this darkness as a destiny, whereas Muktibodh feels that this darkness is temporary and there must be a way out.

Undoubtedly, ideology gives him support even in his dire condition. A hope, a shimmer and even a light is seen scattered in his poetry. In fact, this spirit is reflected more often in his prose. His short stories are not the product of this darkness. His critical essays are a very serious effort in understanding the nuances of creativity.

Perhaps he speaks in the language we are forgetting very fast. He shows an intensity and depth which we don’t encounter these days. His brutal honesty is a rare feature. The process of internalising contemporary issues and making them the raw material for his poetry is something which is out and out Muktibodhian. The irony, the contradiction, the fear and the darkness wrapped in our luminous world and times are best reflected in his poetry. But when we celebrate his presence, he gives us a shock – as if reminding us time and again, “Partner, what is your politics?”

Priyadarshan is a Hindi novelist, critic and journalist. He has published nine books, including 2 short story collections and one poetry collection. He has also translated a number of authors into Hindi, including Salman Rushdie and Arundhati Roy. He currently works with NDTV India.