In 'Paradais', Fernanda Melchor Isn't Interested in Moralising. She Just Wants to Let the Tape Run

Mexican writer Fernanda Melchor’s novels look unflinchingly at cruelty and poverty. Her work is a model for how to think about the ambiguity of human relations. 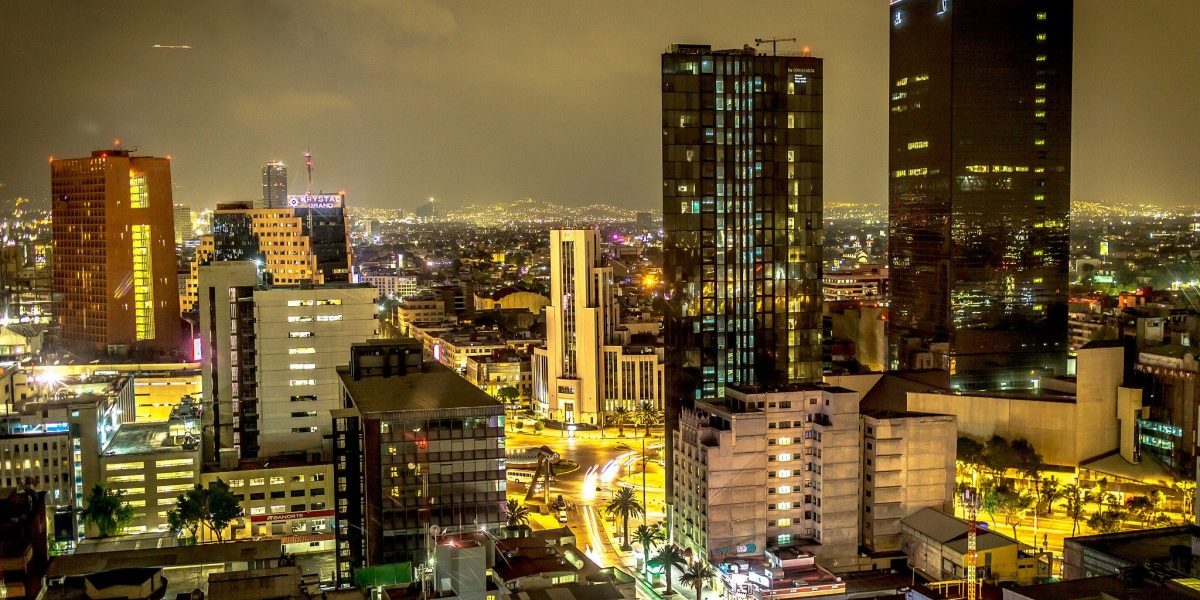 “It was all fatboy’s fault, that’s what he would tell them,” opens Paradais, the newest novel by acclaimed Mexican writer Fernanda Melchor, translated by Sophie Hughes. The “it” in question here is the murder of a wealthy family whose lives play out on the periphery of the novella’s two main characters. “Polo just did what he was told, followed orders.”

Melchor’s fourth book, and her second to be translated into English, Paradais reprises some of the themes of her electrifying English debut Hurricane Season: the intense claustrophobia of poverty, the kaleidoscopic quality that the “truth” of a crime has, and the almost incidental brutality of teenage boys.

Where Hurricane Season unfolded in the fictional Mexican village of La Matosa, Melchor’s latest offering takes place in Paradais, a luxury gated development serviced by workers from the impoverished surrounding areas, among them Polo, our 16-year-old narrator. Bored and simmering with resentment, Polo strikes up a cynical friendship with one of the development’s residents, Franco “fatboy” Andrade.

Franco is repulsive because he exists in that liminal space between child and adult. A combination of the shamelessness of the former and the desires of the latter is the source of Franco’s special brand of unpleasantness.

Theirs is a transactional arrangement in which alcohol, acquired with the money Franco steals from his grandparents, is traded for company (“in reality, Polo’s sole opinion of fatboy was that he was a pain in the ass”). The power dynamics between the pair, and the question of who is exploiting who, are hazy. Franco does have access to money, which frees him from the need to work, but Polo is older and, as the adage goes, should know better. It’s a friendship that, as Polo tells it from the very first page of the novel, will lead, via Franco’s intense, unrequited sexual obsession ​​with Señora Marián, to the murder of the Marián family. 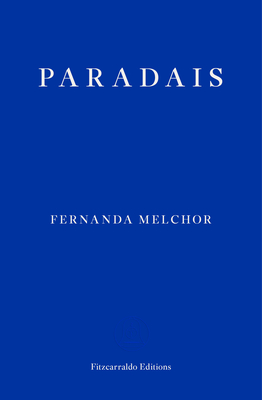 Told through multiple characters orbiting the crime at its centre, Hurricane Season was defined by its different voices. One review cleverly likened the novel to a tape recorder left turned on in a public confessional. In Paradais, we have only Polo’s testimony, sometimes unfolding so deftly that it can be easy to forget it is through him that our narrative is being filtered (in one instance, a rant of Franco’s is recounted over several pages, the effect being that the reader is left with the impression that these thoughts are coming directly from fatboy himself).

Bookended by the murder of the Marián family, the bulk of the novel has comparatively little build-up to, or mention of, this central event. Instead, Melchor lingers on Polo’s wistful reminiscences of “real men” like his cousin Milton and his dead grandfather – “one tough m***********” – and his fury at having to work under “that galling idiot Urquiza.”

This means that the crime, when it does eventually happen, seems so random as to be surreal, almost a kind of puncture in Polo’s day-to-day reality. It’s even laid out, to brilliant, sickening effect, as a series of images, like stills from a film (I thought of Gus Van Sant’s 2003 Elephant): “What happened next, between the hours of three and seven on that Monday morning in late July, Polo would recall as a series of independent, almost soundless instants.”

While effective in one way, this insistence on keeping the murder away from the foreground can mean that Paradais, though slim, sometimes feels a little digressive or slack. This is especially in comparison to Hurricane Season, which, though equally prone to digression, had the promise of a reveal. Although the fact of the Witch’s murder is given away at the outset, who committed the crime is not. Absent, too, in Paradais is the tension created by a plurality of voices which, through their discord, are able to pull the narrative along.

To see shortcomings in these omissions would be to miss the point of what is so striking about Paradais: Polo’s intense disgust, even horror, toward bodies. He is repelled by fatness, oldness, even hotness, but most of all femaleness. The full ferocity of this is reserved for his cousin Zorayda, who is pregnant, most likely by Polo himself. This is a possibility suggested but left ambiguous throughout Paradais. Zorayda is six years Polo’s senior and, by his account, might have molested him when he was six or seven. Years later, and both living with Polo’s mother in her tiny house, our narrator decides to act:

“Polo couldn’t contain his hatred for that f****** b**** a second longer and he pushed her up against the back of the armchair, yanked down her hotpants and rammed his rockhard c*** inside her while the little w**** panted.”

Polo, reflecting on these events with some distance, goes on:

“He’d meant to humiliate her, to hurt her, but the little hoe had got a taste for Polo roughing her up . . . she’d follow him around the house begging him to give it to her.”

What should we make of this? Paradais’s opening lines — “he would tell them” — lodged itself in my mind, making me linger in doubt over any of the gray in Polo’s account. But then I think to try and unpick what really happened here, or to work out who is victim and who is perpetrator, might be to miss what’s so compelling about Melchor: she isn’t interested in moralising – she just wants to let the tape run.

Zorayda’s “horrendous belly” weighs heavily on Polo. It pulls his thoughts back again and again like a magnet while simultaneously pushing him away, first off his own bed to sleep on the floor and then out of his mother’s house altogether. As it expands, its very presence, coupled with his mother’s incessant berations, means he stays out later and later, drinking whatever cheap alcohol he can get his hands on — “anything to avoid going home.”

He thinks of Zorayda “waddling around town with a gut like a pregnant cow” and “standing bent over like a bitch in heat.” What Polo finds so unpleasant about human embodiment, pregnancy, and sex is its animality. These are not just similes, I found myself thinking at several points throughout Paradais. If it had been written by a man, the sheer force of this language, which seems to revel in the nastiness of its protagonist, might be taken, in the mold of Jonathan Franzen, as evidence of the author’s misogyny. Instead, most reviews have interpreted Melchor’s work as a deconstruction or examination of misogyny.

There are few things more deadening than attempts to collapse the line between author and text, to comb through a novel, detective-like, trying to work out which parts draw from the author’s psyche. How an author manages to get inside a certain world is, however, important. Even the most hardened universalist has to admit that there are gaps that the limits of any one person’s experience won’t stretch to cover. Debates around who gets to tell certain stories are, in this sense, important. It’s also maybe why, particularly in a landscape where many are poised and ready to cancel at even the most minor moral infraction, it can be difficult for an author to leave a room they’re comfortable in.

All of which is to say, in our current cultural context, I find there’s something cleansing about Melchor’s work. Not because her novels may or may not be attempting to challenge toxic masculinity – I have to admit, I would probably actively avoid any novel that was attempting to be a kind of woke takedown of masculinity. It’s that she uses the full freedom that fiction can offer to say the unsayable.

Hurricane Season was based on a news report of a real murder that Melchor read while working a stint as a local reporter. Initially, she debated going to the town to produce a Capote-esque book, but decided against it because of the potential dangers that she, as an outsider reporting in a cartel-operated town, would likely face. “In Mexico,” she has said in an interview, “they kill journalists, but they don’t kill writers, and anyways, fiction protects you.” What else does fiction do?

Both Hurricane Season and Paradais have been likened to the novels of Roberto Bolaño, but to my mind the best comparison is Gary Indiana’s virtuosic trilogy of crime novels, each one inspired by a trial that dominated the headlines of its day. The parallels between Melchor’s and Indiana’s work are easy to draw in terms of style as well as subject. Both writers use long, sometimes page-length, sentences to dizzying effect; both favour baroque, ornate prose; and both are more than comfortable inhabiting the petty resentments, depravity, and delusions of their characters.

I interviewed Indiana a few years ago for the reissue of 2001’s Depraved Indifference, a novel inspired by the trial of the mother-and-son murder duo Sante and Kenneth Kimes. I asked him why, having faithfully attended every day of their trial in the mode of a court reporter, and given the public appetite for stories on the Kimes, he didn’t just write up the book as nonfiction. I think I was expecting the reason to be something obvious, like legality or ease of access, but I’ve thought about his answer since: “You don’t have the freedom, in a journalistic venue, to speculate on what’s going on in these people’s heads,” he said.

“I had to go into their heads. I had to be able to change things. It calls for speculation. I think [the point at which you decide to fictionalise] is when you hit a point where the way something happened is really boring. You’ve got to keep people entertained.”

Holly Connolly is a writer based in Belfast and London.