Excerpt From 'Krishna: Living with Alzheimer's'

Seven days after Krishna died, one of my friends paid me a condolence visit. After the customary inquiries she said, “After all, is it not better that Krishnadi died, she was suffering so much?” I protested. 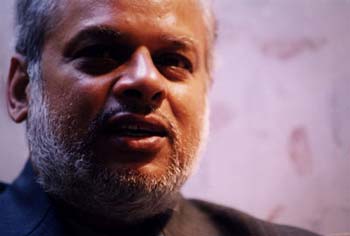 Seven days after Krishna died in September 2013, one of my friends paid me a condolence visit. After the customary inquiries she said, “After all, is it not better that Krishnadi died, she was suffering so much?” I protested, “She was happy among us, there was a smile on her lips. We saw to it that she was at peace and did not suffer – at least not much.” The friend was incorrigible. She said, “After all, what is this life? She couldn’t speak or eat properly, could not walk.” Again, the “quality of life” argument. With only seven days since Krishna’s death I was still grieving. I meekly replied, “Is that what you wish for the old in your own family, those whose capacity is declining?” The unabashed display of this attitude in various informal interactions induced a sense of revulsion in me, and it was against this background that I became even more absorbed in the aesthetics of care, began to address the points that an arrangement of care requires.

The connection between stress and memory loss or, con­versely, between stress and physical and mental health is undeniable. Studies have found links between acute and/or chronic stress and a wide variety of health issues, such as reduced immune function, high blood pressure,alterations in brain chemistry, blood sugar levels, and hormonal imbal­ance. Stress is also related to the onset and progress of Alz­heimer’s in many cases, while in both, drugs are of little or no benefit. We know there is no known cure for this devas­tating disease. I tried to imagine the gloom that overwhelms families and caregivers in such a situation and makes them disregard the importance of prevention throughout one’s lifetime. I knew that I had erred in the beginning by not attaching due importance to the need for preventive meas­ures. I thought I still had time and could delay the advance of the disease.

There is mounting evidence that stress can trigger a degen­erative process in the brain and precipitate dysfunction in the neuro-endocrine and immune systems. It may not imply direct causality, but nearly three out of four Alzheimer’s patients have experienced severe emotional stress during the two years preceding their diagnosis. When a person expe­riences acute stress, her body releases stress hormones like cortisol, which prepare the body to fight or flee the stressful event. The heart rate increases, lungs take in more oxygen, blood flow accelerates, and parts of the immune system are temporarily suppressed, which reduces her inflammatory response to pathogens and other foreign invaders. When stress is chronic, the immune system becomes less sensitive to cortisol, and since inflammation is partly regulated by this hormone, decreased sensitivity heightens the inflamma­tory response. In large part this is how stress “predisposes” the patient to fall sick in the first place. Emotional stress can aggravate the symptoms, make them worse, especially if the stress is severe or of long standing.

. . . We must understand that Alzheimer’s is not a normal part of ageing, although the greatest known risk factor is increas­ing age, and the majority of people with Alzheimer’s are 65 and older. But Alzheimer’s is not just a disease of old age. Up to five per cent of people with the disease have early onset Alzheimer’s (also known as younger-onset), which often appears when a person is in their 40s or 50s. Alzheimer’s is a progressive disease, where dementia symptoms gradually worsen over a number of years. In its early stages, memory loss is mild, but with late-stage Alzheimer’s, individuals lose the ability to carry out a conversation and respond to their environment. It is the sixth leading cause of death in the United States, and probably contributes more to mortality in developing countries. Those with Alzheimer’s live an aver­age of eight years after their symptoms become noticeable to others, but survival can range from four to 20 years, depend­ing on age and other health conditions. In Krishna’s case, she survived for eleven years, and remarkably, for three and a half years in an extreme condition of the disease. Alzheimer’s has no current cure, treatment is symptomatic, and research continues. Though treatment and proper and affectionate care cannot stop Alzheimer’s from progressing, they can temporarily slow the worsening of dementia and improve the quality of life of patients and their caregivers. Care and timely and controlled medication can delay its progress.

. . . Caring for someone with memory loss can be extremely stressful and emotionally and physically draining. Left to myself I never felt stressed, except when well-meaning friends and relatives intervened by saying, “Is her condi­tion one notch down? I wish you had a son who would have been of so much help.” Apart from a few close friends there was little offer of help, which would mean not money but being with us. Such help, when caring for a loved one with Alzheimer’s, can prevent burnout and alleviate the caregiv­ers’ stress. Since there are hardly any affordable care centres for dementia patients in India, a beginning will have to be made from scratch – health care supervision, socialisation, community outings, therapeutic programming, meals, and transportation. I realised this most deeply during this period, and also realised that without state support even this modest beginning was out of the question.

I recalled what Arthur Kleinman had said about the dynamics of care-giving for his wife, Joan Kleinman, who developed a form of Alzheimer’s that entailed both dementia and blindness, and who finally died after six years. Arthur Kleinman had become her caregiver. He was a Harvard doc­tor, professor of psychiatry. He said, when asked about his intense care-giving,

It is love. It’s about the fact that you are there. I helped her bathe, helped her dress, helped with feeding, and the feel­ing I had, I would say, was generally one of empowerment – which was remarkable, especially at the onset. I just felt that as I learned to do the things and did them, I felt a hell of a lot better. I felt I was really contributing. I also felt it was self-strengthening in some way.

I too felt that way. Plus the fact that Kleinman, like me, had found that the essential personhood of the patient did not disappear with memory loss. Memory may go, the patient may not recognise you, may not remember what you said. But you can still see, in the way she responds to you, feel­ings, deep feelings that convey the fact that she knows you are important in her life, even though she does not know whether you are the husband or the son or what your name is. Kleinman too felt sadness, the sense of deepening despair with the realisation that this was not going to go away. This was a terminal illness, it would only get worse. There is always the possibility of caregivers’ fatigue developing; it is important therefore to maintain a sort of cheerfulness and positive attitude at home.

Between October 2012 and March 2013, I realised that over this period my relationship with Krishna had become increasingly tied to my ethical view of things. The more vul­nerable she became the more I felt that it was crucial for me to help her maintain her dignity. It was in doing so that I became her caregiver. Our relationship of 32–33 years repeat­edly brought home the fact that my lifelong companion was dying, that the end was approaching, that I was preparing myself for the end, and this was the most difficult part of our time, extremely difficult.

This, as Kleinman says, is the fundamental feature of home-care. There is great relief in such care, financially too. There are other costs, but they are far less than the cost of private-paid, subsidised or agency and facility services, which in any case are negligible in India. More importantly, care-giving becomes a mixture of pleasure and pain, thus mor­ally dignified. Care-giving is motivated by a few fundamental questions: is our person safe? Is she comfortable? Is she at peace and happy? Is there anything else one can do? Klien­man’s experience reinforced my own, that the best care-giv­ing derives from being with the patient – physically present, to talk to, watch TV with, make her feel included. Krishna always wanted to be near me when I had my breakfast before leaving for the office. This was around 10.30 a.m., also the time when she was on the balcony after her breakfast and the third round of medicines. Through small gestures, eye move­ments, responding eagerly to sounds from the room where I was eating – from all these we knew she wanted to eat when I was eating. We would then move her back from the balcony to the dining table and she would start gesturing expectantly. We would give her a plate or put a small amount of mashed food in her mouth – she would now have breakfast with me!