The Enlightened Theology of a Tamil Saivite

In Religion, Caste and Nation in South India, V. Ravi Vaithees focuses on the works of the Tamil Saivite saint Maraimalai Adigal and explores the religious roots of the Dravidian movement and its impact on the political discourse. 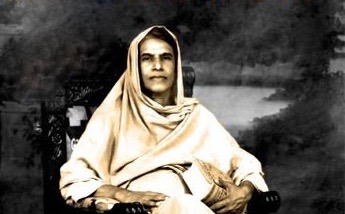 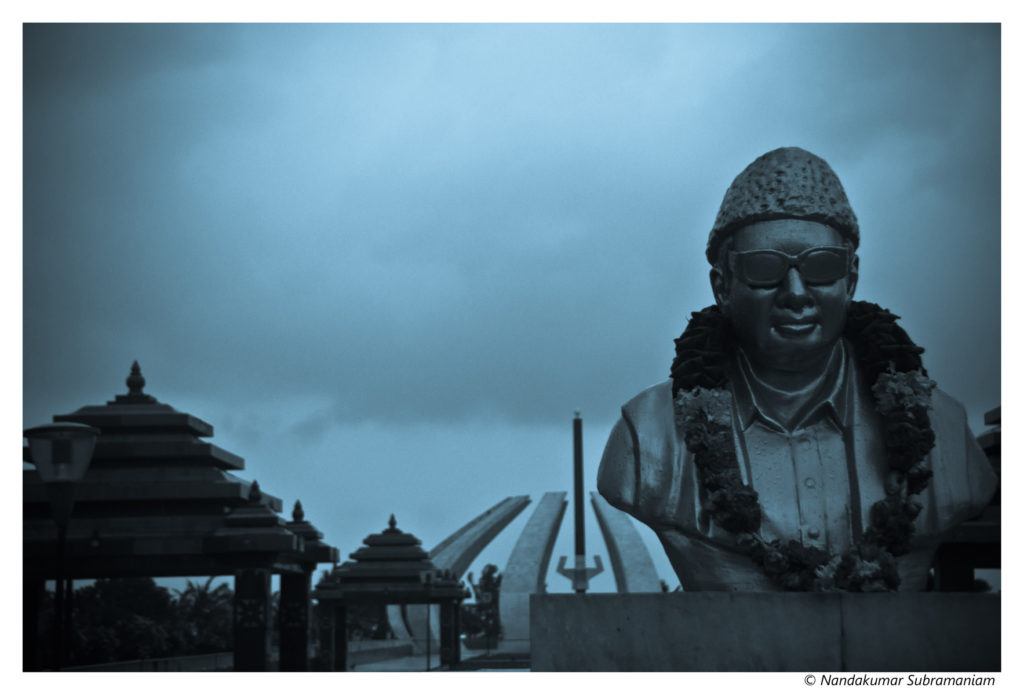 This year is significant also because it marks the centenary of the publication of the non-Brahmin manifesto. Scholars have been right in recognising its significance since the manifesto changed the political language in Tamil Nadu and its impact can be felt till the present day.

The scholarship around the Dravidian movement in general, however, has focused on the secular influences of the movement, most notably of the Self-Respect phase spearheaded by the iconic and iconoclastic Periyar. The religious roots of the movement and its impact on the political discourse have on the other hand received scant attention.

V. Ravi Vaithees’ Religion, Caste and Nation in South India – a critical historical-theoretical intervention that engages with the works of Tamil Saivite saint Maraimalai Adigal (1876-1950) – seeks to fill this lacuna. 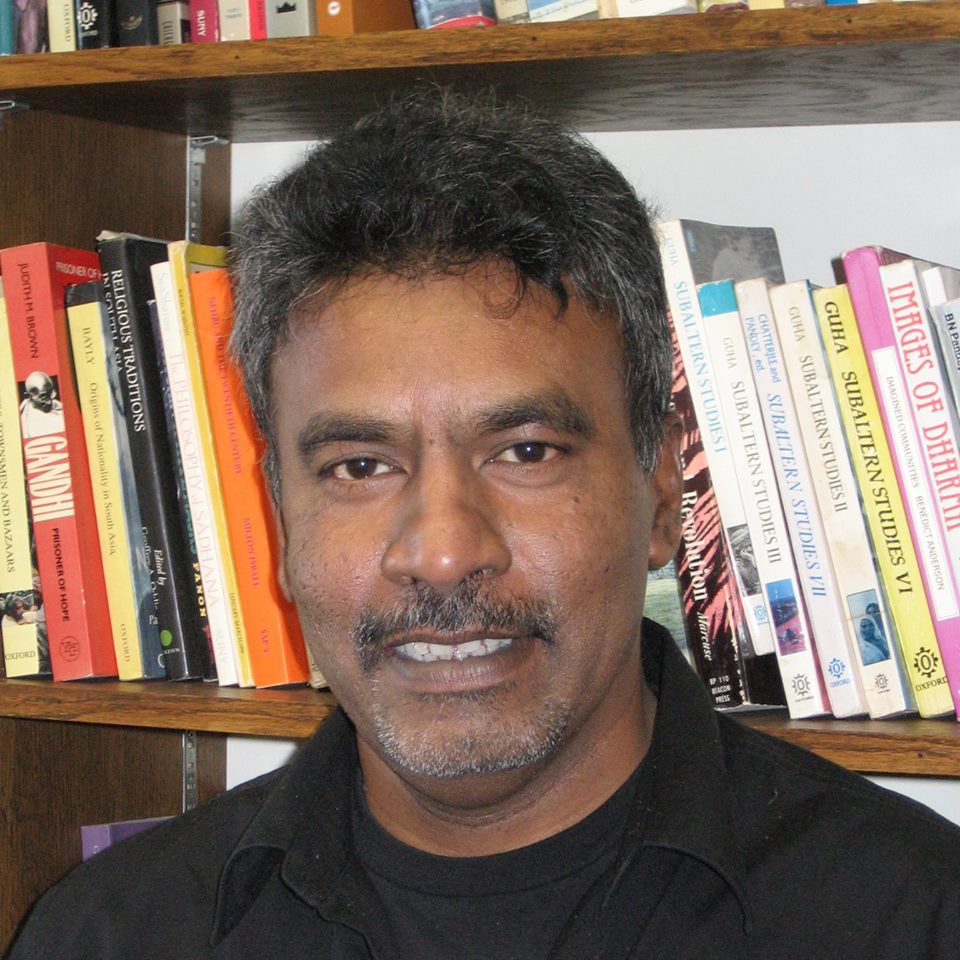 While there are intense debates among Dalit circles on the contributions of Buddhist thinkers to modern Tamil polity, it is unfortunate that the progressive role of neo-Saivism has typically been neglected by scholars of the Dravidian movement. Even though Adigal has generally been dismissed as promoting Vellalar elitism, Vaithees’ intervention shows that his was a genuine – and ingenious – attempt at forging a liberation theology out of Tamil Saivism.

Vaithees identifies three phases of Tamil/Dravidian nationalism – the Tamil Saivite phase, the Justice Party phase and the Self-Respect phase – and accuses scholars of paying inadequate attention to the neo-Saivite movement, to its attempts at constructing a Tamil religion and its impact on the modern Tamil identity.

From the time of Bhakti, Saivism has played a central role in the Tamil society, displacing other competing religious forces like Vaishnavism, Buddhism and Jainism at times through dialogue and conversion and at times through force. Although privileging Brahmins priests, the monarchy and the Vellalar landlords – in that order – Saivism nevertheless appealed more to the popular Tamil imagination owing to its ability to integrate local customs and adapt to local traditions.

It is this fact of history that explains several of the pioneers of the Tamil nationalist movement belonging to the Saiva tradition. The finest example is the playwright Manonmaniam Sundaram Pillai who penned the ‘Tamil Thai Vazhthu’, the Tamil anthem that has been played at most official functions in the state ever since the Dravidian parties came to power in 1967. 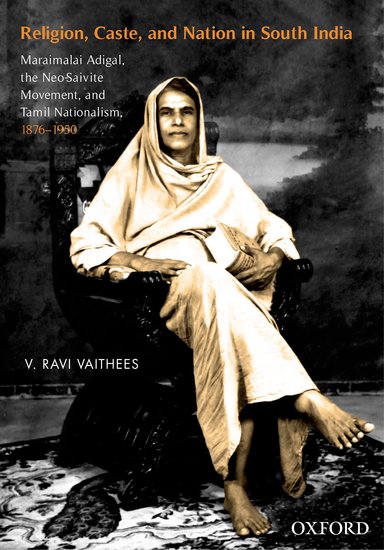 What marks Adigal in this Saiva tradition are his attempts to reform Saivism from within and his desire to construct an enlightened theology of liberation. Adigal’s “neo-Saivism” is different from the thoughts of his predecessors and his contemporaries like Arumuga Navalar, the popular Saivite leader from Jaffna who espoused a conservative and reactionary creed. This is chiefly because Adigal imagined a Saivite theology that was anti-Aryan, anti-Sanskritic, anti-Vedantic and anti-caste.

Adigal can be seen as an inheritor of the theological school of thought of the 19th century Saivite saint Ramalinga Vallalar. Although he was critical of the puritanical Brahminical traditions, Vaithees observes that he could not mount an effective counter-ideological challenge to Brahminism. Adigal, on the other hand, was attempting to create a theology that was political and informed by the ideals of enlightenment.

Vaithees argues that Adigal articulated neo-Saivism in secular terms than in spiritual terms, as a modern non-Brahmin Tamil nationalism informed by a faith that transcended the particularities of caste. But this faith sought its validity through reason and dialogue rather than scriptural authority alone. Envisaging a Tamil Saivism that was opposed both to foreign colonialism and native casteism, he also challenged those strands of Tamil Saivism that were adhering to an Indo-Sanskritic heritage.

It should be noted that Adigal was initially supportive of Indian nationalism. But recognising that the nationalist elite were not sincere in their approach to the question of caste, he made a break with it in the 1920s. He lamented that “The Indian people who are hopelessly divided amongst themselves and clinging to most ignorant customs, devil worship and Brahmin reverence are unfit to rule themselves.”

In his distrust of Indian nationalist elites, he shares a commonality with Periyar. Though there were fierce arguments between the theologian and the atheist on the possibility and desirability of a reformed Saivism, there were also collaborations between the two leaders at several occasions. It would not be unfair to expect that the contributions of Adigal be given their due by those celebrating the century of the launch of the non-Brahmin movement.

Vaithees’s book is a must not just for those interested in the modern political history of Tamil Nadu, but also for those seeking to understand theoretical debates on post-secularism in the subcontinent. Besides, at a time when Hindu chauvinism is attempting to make inroads into the polity of Tamil Nadu, the thoughts of a thinker who desired to forge a Tamil nationalism based on a native liberation theology that was resistant to dominant Hinduism are most relevant.