Is Economics Really Robbing Poor Women of Their Reproductive Rights?

In 'The Economization of Life', Michelle Murphy suggests that the entire edifice of modern economics was built to serve a conspiratorial purpose. 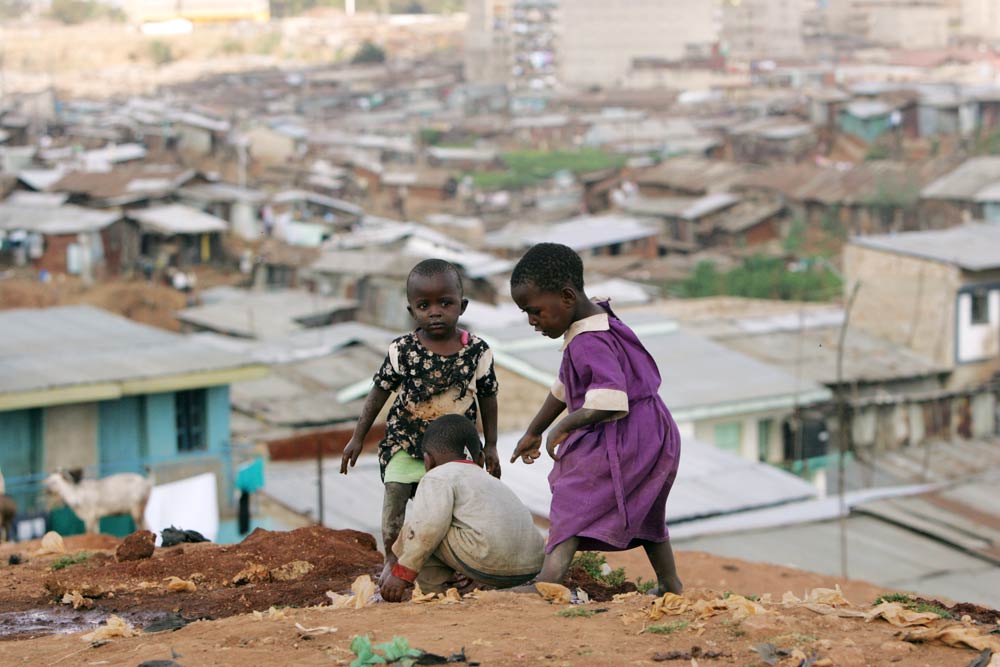 Children play at the sprawling Mathare slums, one of the largest and poorest in Africa, near Kenya’s capital Nairobi. Credit: Reuters

Thomas Robert Malthus, when he wrote his famous ‘An Essay on the Principle of Population’ in 1798, imagined a world where the limited farming techniques of his time would be unable to sustain an exponentially-growing population. In the roughly 220 years since, human beings have technologically progressed to such an extent that the question in 2017 is not whether the planet can sustain us but whether it can withstand us. Rising ocean surface temperatures, melting ice and changing climate mean humans will have destroyed this planet and its ecology first; long before they run out of food as a species.

Contrary to Mathus’s prediction, growth in the human population hasn’t turned out to be exponential forever across all regions. Most literate societies now have a total fertility rate (TFR) that’s below replacement levels. That the TFR is correlated more with the female literacy rate than with GDP per capita is a crucial aspect of the way human societies have evolved in the 20th century. It’s in this complicated landscape – one where humans are already destroying the planet at an unprecedented and irreversible scale and where they aren’t threatened by their own population growth to meet their food requirements – that Michelle Murphy has written a critique of population studies and its policy impact in the last century. The book, titled The Economization of Life, is a provocative polemic.

Murphy is a feminist technoscience studies scholar at the University of Toronto. She explicitly states that her purpose is to provoke and not prove. Her charge is that the entire apparatus of economics and econometrics is a racist attempt to control the population of poor countries and rob women in those countries of their reproductive rights. Her central argument, spelt out in an early paragraph that’s emblematic of the entire book, reads thus,

The economization of life, I argue, was and is a historically specific regime of valuation hinged to the macrological figure of national “economy.” It names the practices that differentially value and govern life in terms of their ability to foster the macroeconomy of the nation – state, such as life’s ability to contribute to the gross domestic product (GDP) of the nation. It is distinct from commodifying life or biocapital, or from the broader history of using quantification to monetize practices. It was not a mode that generated surplus value through labor but instead designated and managed surplus aggregate life . In this mode, value could be generated by optimizing aggregate life chances — including the reduction of future life quantity — relative to the horizon of the economy.

Murphy’s prose is pointlessly dense. But beyond that, there’s a kernel of truth and an idea that’s original to keep the reader engaged. It’s a book worth reading in full to think about all the related work that Murphy doesn’t mention.

In the first arc, Murphy builds a case for the economy being a ‘phantasmagram’. She imagines the entire edifice of modern economics being built to serve a conspiratorial purpose. For example, she writes,

The epistemological crafting of the macroeconomy as an atmosphere of relations that could be modeled, indexed, and governed was part of an effort to plan against poverty and prepare for war, and it was also a transference of the administrative hubris of colonial governance, which assumed a world open to interference and extraction. The macroeconomy was thus conjured, from the start, as an object to be acted on.

The macroeconomy is miraculated for us through measures like GDP that operate as phantasmagrams, quantitative practices that are enriched with affect, propagate imaginaries, lure feeling, and hence have supernatural effects in surplus of their rational precepts. 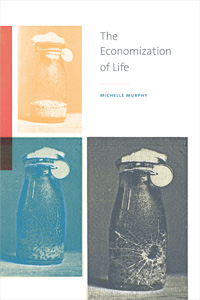 Much of human progress in thought came at times of great crises. The Second World War was one such crisis and modern econometrics owes its origin to the war effort. Murphy dismisses that entire field of study as a phantasmagram because it came into existence for reasons of hegemonic belligerence. That is to miss the entire point of a mathematical model.

Knowledge, as children of the enlightenment have come to understand, exists for its own sake. We expect academics, above all, to heed to that epistemic purity even if the rest of us chase applications of knowledge. Murphy claims that mathematical models, formulae, implementation techniques and other outputs of research of a systematic study of population perpetuate hegemony. Epistemic infrastructures are what they are: mere building blocks of knowledge. They, by definition, can’t be hegemonic. One can choose not to apply a technique because there are valid criticisms of it in the given context. But Murphy blames the epistemic infrastructures themselves, not their application. It’s akin to blaming subtraction when one doesn’t have enough money because one is a spendthrift.

The second arc of the book looks at the American project to control population growth in South Asia in the later half of he 20th century. American policy makers looked at births averted in a poor country as victory. They sometimes quantified this in terms of gains to the economy which is problematic. But it’s one way to measure, regardless. To imagine this way of measurement was their prism of policy implementation to limit future births is the essence of Murphy’s second arc.

World over, there’s enough evidence to suggest that the best contraceptive known to mankind is female literacy. Despite the heavy investment in population control in South Asia, which Murphy documents, the region’s fertility rate did not go down as much as countries which had a similar starting point but managed to achieve higher female literacy. For instance, both Iran and Vietnam had a higher TFR than India in 1960; but they have a lower TFR today and had a steeper decline than India did despite a lot of population control-related measures that India adopted at the behest of American intervention. Neither Vietnam nor Iran had such interventions. This can almost entirely be explained by the gains they made in female literacy.

More importantly, even within India, states such as Kerala and Tamil Nadu that have had a higher rate of female literacy have had a much lower TFR compared to other states for a generation. But Murphy argues, quite bizarrely for a feminist, that women/girls being educated is some sort of evil conspiracy to control the population of poor people. If only someone conspired to send girls in India to school: the country still has a double digit teen illiteracy rate.

The book’s subsequent arc also points to how this idea has resulted in a focus on the girl child in policy circles, as if it were a bad thing. The literacy rate of girls is consistently lower than that of boys in South Asia for reasons of deep-rooted sexist attitudes towards educating the girl child; this gap exists despite policy efforts of the past half a century. Girls need to be sent to school; it doesn’t matter what the motivation of those sending them to school is.

A useful question to ask oneself at this stage, given Murphy thinks averting future births is immoral, is: what do we owe children whom we bring into life, should we decide to become parents? Jean Kazez’s book The Philosophical Parent: Asking the Hard Questions About Having and Raising Children is a chronological guide to that endeavour from the time one decides to have a child till that child becomes 18 years old. It’s a thoughtful exploration of the ethical onus on parents. But what’s of greater significance here is how Kazez cites and reasons with the philosopher David Benatar’s position that human beings should not have children.

David Benatar’s central argument, in his 2006 book Better Never to Have Been: The Harm of Coming into Existence, is that there is an asymmetry between the pleasure of an unborn and the pain of a living person. He even follows it up with a quotable “Chronic pain is rampant, but there is no such thing as chronic pleasure.” An unborn child who forgoes pleasure loses nothing, according to Benatar, while anyone who is alive knows pain too well. And this asymmetry, Benatar argues, makes not being born the better option. Kazez takes this on and argues something along the lines of ‘consider a playground where there are no children playing because no one had kids, that’s a loss of some real pleasure.’ That may well be true, but it still doesn’t contradict Benatar’s position. Benatar makes the point that human beings give their lives meaning by indulging in several actions, many of which are wrong, including having children; he then goes on to explain how one can’t have children to give one’s own life meaning because the perspective there should be that of the child one brings to life and not oneself. 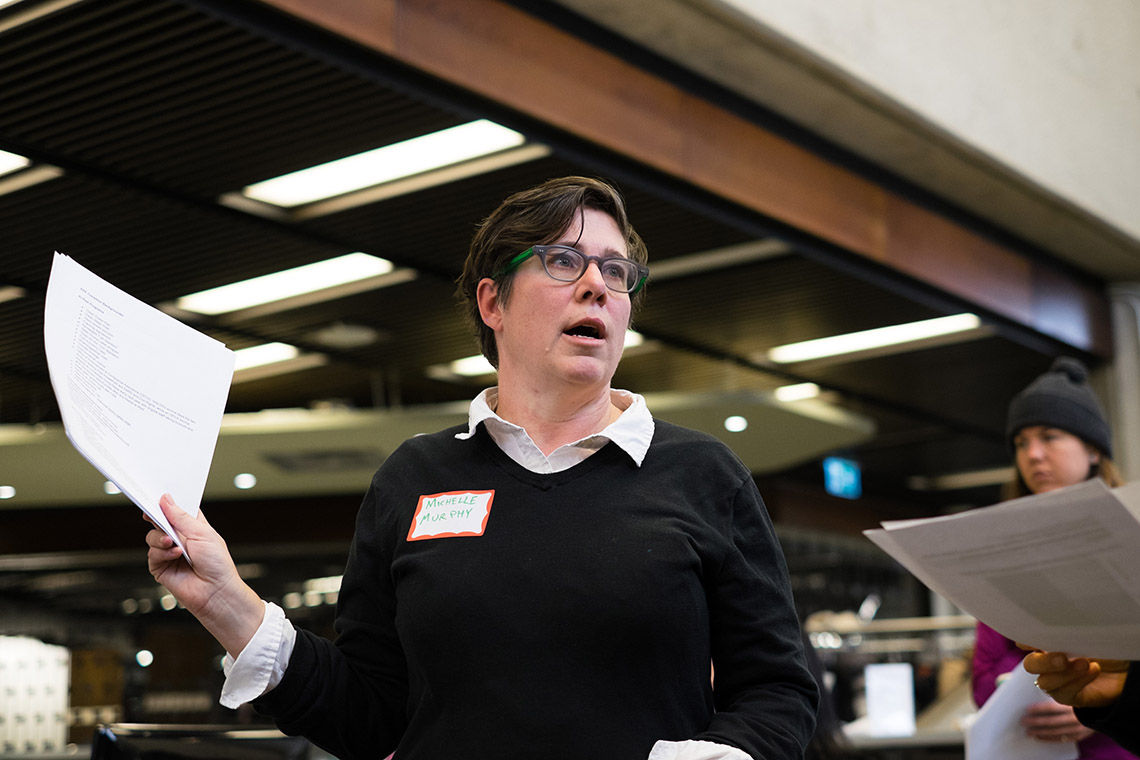 The other implicit assumption that Murphy makes when claiming that averting future births by population control is morally wrong is that having children is natural. Christine Overall in her book Why Have Children?: The Ethical Debate dismisses that assumption. Quite correctly, she points to several aspects of what we consider natural that we also find despicable. Something being natural is no reason to do it blindly. Overall’s book, published in 2012, takes the Malthusian problem and applies it to pleasure: an individual having two kids who eat twice as much ice cream and therefore experience twice as much pleasure as a single child can’t be generalised to ‘everyone should therefore have more kids’ in a planet that’s finite in every aspect. In a world where every additional ice cream is not merely a question of available resources but also a question of carbon emissions, it is a hard to refute that analysis.

Ignorance is an existential analgesic, but those who do not sufficiently feel the weight of the human predicament are also vectors for its transmission to new generations.

The anti-natalist views of Overall and Benatar from a strictly ethical viewpoint are hard to digest for many humans who are, as millennia of history has shown us, wired to procreate. That’s where the collection of personal essays of 16 writers, edited by Meghan Daum, on why they won’t have children resonates at a human level. In these essays, the writers not only consider the philosophical, political and pragmatic reasons to not have children, they also deal with personal guilt. The ever quotable Geoff Dyer, for example, writes “when it comes to regret, everyone’s a winner”.

Murphy’s question, in a milder form, centres around why the global elite get to tell impoverished and illiterate black and brown people of the world how many children they should have. That’s a fair concern. The answer, more broadly, as others have shown is: there’s no good reason for anyone to have children, let alone the impoverished and illiterate mother in Chad or Bangladesh.