Inside the Longlist of the DSC Prize for South Asian Literature

The 13 titles vying for the literary award showcase a diverse approach to South Asian narratives. 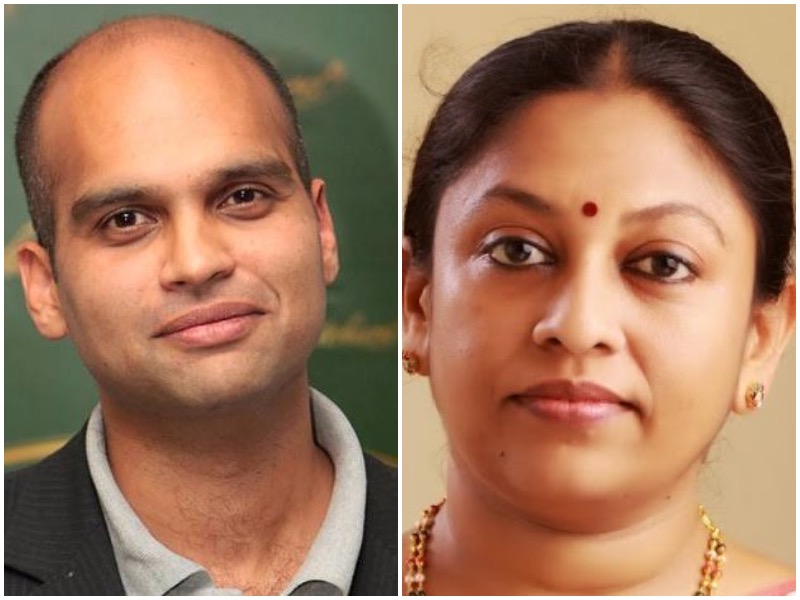 Aravind Adiga and K.R. Meera are in the list. Credit: Twitter/YouTube

The 13 novels nominated for the DSC Prize for South Asian Literature, now in its seventh year, were announced Thursday. Among the writers in contention for the $25,000 literary award include the familiar and decorated in Aravind Adiga and Karan Mahajan, three debut novelists in Anuk Arudpragasam, Sarvat Hasin, and Hirsh Sahwney, and two works in translation by K.R. Meera and Perumal Murugan. The list features seven Indian, three Pakistani, and two Sri Lankan writers, as well as an American author based in India, and attempts to bring together fiction that showcases a varied approach to the historical, political, and cultural concerns of South Asia.

In the shadow of global literary awards like the Man Booker and the National Book Awards, which in recent years have demonstrated a shift towards representing a more diverse array of voices, including South Asian and diasporic ones, the DSC styles itself as a more authentic platform for South Asian narratives and the expression of its many complexities. The prize, which was instituted in 2010, is attempting to increasingly recognise and carve out a space for emerging fiction writers, with a keen eye on works in the vernacular, although awards for the already-established and adorned Anuradha Roy and Jhumpa Lahiri in 2016 and 2015 may suggest a waning from this ideal. With the exception of Adiga perhaps, this year’s longlist offers a genuine chance to launch the work of a less-recognised voice, or to award one writing primarily in a language other than English.

A third of the titles vying for the prize this year are particularly concerned with the diasporic, the ways in which South Asian identities intersect with the world, and the lasting impacts of upheaval and movement across geographies. Anjali Joseph draws these connections indirectly in The Living, which intertwines two apparently disparate stories of a woman in Norwich and a man in smalltown Maharashtra, whose lives are mirrored through their devotion to the discipline of shoemaking. Hirsh Sawhney’s South Haven takes the familiar trope of a second-generation immigrant son named Siddharth growing up in New England, but upends the conventional expectations of the bildungsroman, stringing the novel with vivid portrayals of trauma and grief as he learns to live in the wake of his mother’s death. Pakistani writer Shahbhano Biligrami’s Those Children also deals with the psychology of migrant children in the aftermath of loss, but moves in the opposite direction – from the suburbs of Chicago to their father’s native Karachi. The Ceaseless Chatter of Demons, by Sri Lankan author Ashok Ferrey, wittily plays with the dualities of good and evil metaphorised through its ‘ugly’ protagonist Sonny, who lives between the worlds of Oxford, Kandy, and, according to his mother, omnipresent demons.

The specter of domestic terrorism and civil unrest also feature prominently on the longlist. Karan Mahajan gets a nod for The Association of Small Bombs, which was met with international acclaim and made the longlist for the National Book Award for Fiction in 2016. The novel follows Mansoor, who witnessed the death of two friends in a Delhi marketplace bombing, as he returns years later to reconcile with the effects of that event; Mahajan also finds space to introduce a Kashmiri bomb maker fighting for the independence of his highly mercurial homeland. Omar Shahid Hamid’s third novel The Party Worker, weaves the unshakeable influence of crime and terrorism through the disparate lives of his cast of characters and the very fabric of Karachi, where Hamid has been a member of the police’s counterterrorism unit for over a decade. The Story of a Brief Marriage, from Sri Lankan debutante Arun Arudpragasam is a sparsely written account of a couple navigating the horrific, final stretch of the island’s civil war, which spanned almost three decades. Arudpragasam, a doctoral student at Columbia who garnered much early recognition for the novel last year, takes on the task of representing a fraught historical moment through the prism of an almost parable-like love story. 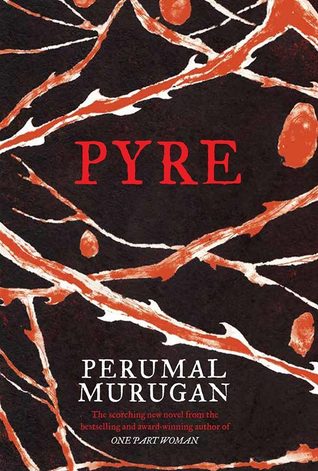 The two works in translation include K.R. Meera’s novella The Poison of Love, translated from the Malayalam by Ministhy S., and Tamil author Perumal Murugan’s Pyre, translated by Aniruddhan Vasudevan. Both Meera and Murugan’s works engage in some capacity with the suffering that accompanies the vulnerability of choosing to love, and the ways in which women, more often than not, are the victims of this suffering, particularly under the weight of tightly bound, orthodox communities. The Poison of Love follows the narrator Tulsi, who recounts the consequences of eloping with a lover days before her wedding, and how she ended up living voluntarily amongst the austere widows and Meera sadhus of Vrindavan. Murugan’s Pyre also follows a love story – this one crossing the impermissible lines of caste – between Saroja and Kumaresan, who are faced with the terrifying and looming prospect of violence that stands in defiance to their union at every step of the way. Murugan, whose controversial novel One Part Woman erupted a heated debate over free speech in the country, depicts his native Kongu Nadu with characteristically vivid and unforgiving prose in Pyre.

Rounding out the list are Anosh Irani’s latest novel The Parcel, following a transgender sex-worker in Mumbai, Sarvat Hasin’s gestural reinterpretation of Little Women called This Wide Night, Stephen Alter’s novelistic treatment of naturalist Jim Corbett’s life in In the Jungles of the Night, and Aravind Adiga’s dependably successful Selection Day, a portrayal of the drama and netherworld of Mumbai cricket.

The shortlist for the DSC Prize will be announced on September 27, with the eventual winner crowned at this year’s Dhaka Literary Festival on November 18. While awards like the Booker begin their rollout and will inevitably grab headlines, the DSC will be hoping to stake a claim for works that feel more specific without being regionalist, spanning nationalities and dialects. However, questions linger around the lack of women writers in the fray, the dominance of Indian authors, as well as a list of publishers that heavily favors the big houses – HarperCollins and Penguin Random House share eight nominees between them. Till then, the longlist nonetheless illustrates a fascinating approach to what it means to occupy a South Asian identity in its myriad forms.

Arnav Adhikari is a writer based in Delhi. His work has appeared in The Atlantic, Hyperallergic, and The Asian American Writers’ Workshop.