'Did You Not Have Enough Milk to Change Your Skin Colour?'

The African novelist Nuruddin Farah recalls the bad and the good from his student days in India in the 1960s. 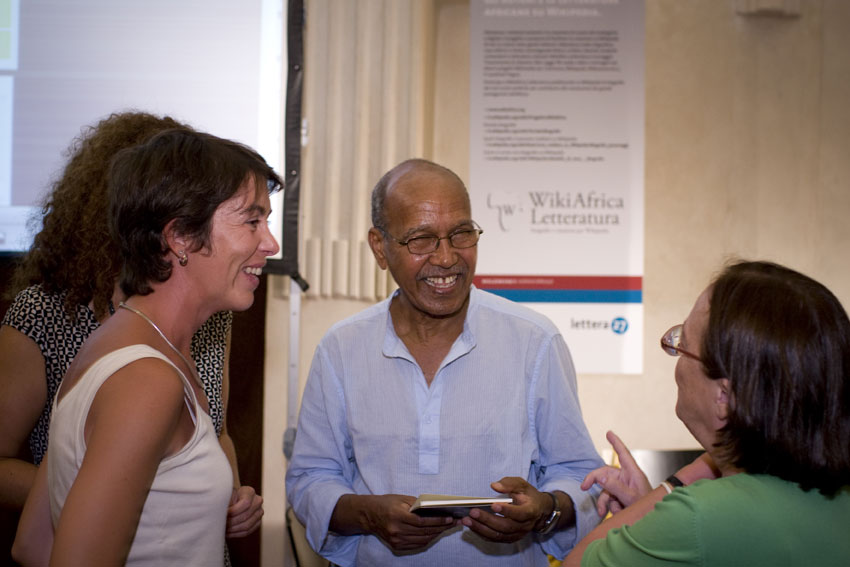 Nuruddin Farah is a Somali writer widely regarded as one of Africa’s greatest novelists, in every way the equal of Abdulrazak Gurnah, the Tanzanian who won the 2021 Nobel Prize for literature. Mr. Farah lived in India from 1966 to 1970, studying philosophy at Panjab University in Chandigarh. Now 77 years of age, he lives in Cape Town, South Africa. He was in Bangladesh earlier this month for the Dhaka Literature Festival, where I caught up with him for a brief interview on his time in India as a young man.

Tunku Varadarajan: You came to India at the age of 19 as a student at Panjab University. What did you come to study? What brought you there?

Nuruddin Farah: Well my principal interest was to study Hinduism, and Buddhism. You know, things that put India in a separate place from many parts of the world. And I am afraid my interest did not meet with the same endeavour that I thought it would. But as a young man, I carried on doing whatever else I had to do

TV: Do you mean you were disappointed by what you found?

NF: Well, I don’t know if I would use the word disappointed. I would say what I met was different than what I expected

TV: In a general sense or an academic sense?

NF: Academic sense. This coincided with a period when I felt I needed to do some writing. So during that period when I was in India, in the first year after my arrival, I did a novel, a very long novel. In other words, in the three years that I was here, I wrote three novels.

TV: Starting with your first one

NF: Yes, starting with the first one [“From A Crooked Rib“]. But two of them never got published

TV: So your first published novel was actually written in India

NF: It was written in India and it made it into the Penguin Classics. In fact, some people think that that novel is my best novel.

TV: Do you agree it is your best?

NF: It is in some people’s views. Readers’ views are important. You know they are the ones who read the books. I am the writer. I don’t read my own books the way other people do because I carry the memory and the pain and the pleasure of writing and therefore it becomes something completely different.

So, I got carried away as a young man and obviously enjoyed myself for what it was worth and I used to travel in third class by train between Chandigarh and Delhi.

TV: So having discovered that your expectations were not met by what you found, you decided, nonetheless, to stay in India and make the most of it

NF; Yes, I committed myself to three years. In fact, I say 3 years, and the reason is because I failed one year. So I had to repeat one of the courses because I was writing a novel.

TV: So what was the course you failed?

NF: Yeah. The thing that I didn’t like very much was the textbooks we used when we wanted to concentrate on Indian philosophy. The majority of the scholars we read who wrote about Hinduism and Buddhism were mainly non-Indians, so it was an interpretation. And then, obviously, there was the practice. Hinduism is a practical religion as well and there wasn’t much of a possibility of going to temples or interviewing ordinary people because I didn’t know how to approach people and say “What do you think about this?” and so on.

In any case, I met the professor of literature, who was very kind, he and his wife. They used to invite me to their home, introduce me to other people, and they even suggested, since I was interested in writing, that I should meet [the Indian novelist] Anita Desai, who at that time was living in Chandigarh, and had published the book called Cry, The Peacock. So Anita invited me to tea and talked to me about writing. NF: Yes, around that period. She and I would meet 30 years later at a seminar she was giving in London. I was sat way in the back, and raised my hand to ask a question. And when I spoke the first ten words, she said to the person sitting next to her, “That’s Nuruddin, whom I met 30 years ago.”

So there was some kind of a closeness that I developed with some people. I was also helped in a way by a couple of Indian families from East Africa, from Kenya, whose daughter was going to the same university and they said to me, “whenever you feel homesick or hungry you can come to our house.” Again, 40 years later, walking down the street in Berlin, I met the younger brother of the girl I went to university with from East Africa, who now lived in Berlin, and he was the one who told me that my mother had died in Mogadishu, because I had no knowledge of it. He and some NGO person who came from Mogadishu had met and he told him.

TV: So he informed you on the streets of Berlin that your mother had died and that was the first time you learned of it?

NF: Yeah, that was the first time. I was devastated

TV: When you left Somalia to come to India, how did your mother feel about that, your going away to India at the age of 19?

NF: Well, the important thing was I was going to study. My older brother, who knew a lot more about the world than I did, was unimpressed with me for choosing to come to India instead of going to the U.S. where I had a scholarship to go to the University of Wisconsin, Madison, to study journalism and literature. I said I did not want to study journalism, I wanted to study philosophy.

TV: So your brother was unimpressed. Was your mother indulgent, perplexed, or unconcerned?

TV: Did your family have a sense of what sort of place India was?

TV: So you were venturing into the unknown. Did you have a sense of India yourself, with your own research and reading?

NF: Well of course, yes. But it wasn’t all smooth sailing.

TV: When you got to India?

NF:  Yeah, because there was the stupidity of racism. We were called names.

TV: You said you were called one name in particular, “Habshi.”

NF: Yeah, but it didn’t upset me and the reason is because, as a Somalian, I was brought up to think of myself as superior to everybody else. In other words, we were told as children never to allow somebody else to say they are superior to you.

TV: Was that particular to your family or is that the general Somali view?

NF: A Somali view. Somalis have a very high opinion of themselves and they carry that into whatever they do.

TV: So you came to India with the same high opinion of yourself.

TV: And you found that people maybe didn’t share that .

NF: No, because they couldn’t imagine an African, a young African, thinking well of himself. Some of them had primitive ideas about what Africa was. Some of my fellow students asked questions that were highly primitive. “Did you not have enough milk to drink to change your skin color?” “Did you just come off a tree like a baboon?” These were the things being asked.

TV: You were being asked these by educated fellow students?

NF: Fellow students. Because let’s face it, I divide Indians. I divided them then and I still divide them now in this way: there is a class of Indians who are educated, and a part of the 20th and 21st centuries. But there are very large numbers, running into millions, who have no understanding of the world, not even the Indian world. Therefore, you could not know when you cross from one border to another. Some of the most young Indian females and males I met were very brilliant and knew the world for what it was. But there were, unfortunately – and I am talking of 1966-67 – many who didn’t know anything about the world.

TV: You were telling me of the instance when members of a Sikh family came to teach you a lesson. [I had had an informal conversation with the author the previous day.]

No, they did not want their daughter to mess with me

TV: Because you are African?

NF: I don’t know. She was in the same class and you know they were protective of their daughter, understandably, but they went about it in a way that was a little aggressive.

TV: They came to your house with swords drawn.

TV: But you were defended by your house-mates, who were themselves Sikhs from Malaysia. They came out and barred the aggressors from entering the house.

NF: Yeah, and the reason is they knew that I was not interested in her. They knew because every time she showed up, I would go into a room, and lock myself to study. I remember I used to cycle to the university. I used to go to films as well, quite a lot.

NF: Well, there was no other option.

TV: What did you make of them?

NF: I was not impressed with the stories. They were very naive, but one has to find entertainment of some sort. There were no telephones, no cellphones, no television, nothing of the kind. I also remember an incident at one of the cinemas. I had just received my monthly stipend, which was about 350 rupees. I had it in my pocket as I was queuing up. But I lost it. Somebody took it. That’s why I went out of the queue and sat somewhere with my hands around my head, and thinking, “God what am I going to do?” Then a man came to me, an Indian, a young boy about 20, and asked me why was I so sad. I told him what happened. He was a pickpocket and he asked me where I was standing exactly and I told him. He said, “don’t worry,” and then I went to my friends with whom I was sharing the house. He arrived two days later with the money.

TV: So the pickpocket retrieved your money from his co-workers.

NF: Nearly every time I ran into trouble, somebody came to my aid. There was a time when I was on a train from Calcutta to Lucknow and my passport was stolen. I was on the train sleeping when somebody must have managed to get the passport and the bit of money I had, a small wallet, and when I arrived, I had to report to the police. The police did the kind thing of taking me to a Sardar who came from Africa and then he gave me somewhere to work and somewhere to live for a day or two. As they stole my ticket, I had to go and reapply for my ticket to be reissued and then I was taken back. So there were many, many small and big kindnesses.

TV: Alongside the unkindness.

Tunku Varadarajan, a contributing writer at The Wall Street Journal, is a fellow at the American Enterprise Institute and at New York University Law School’s Classical Liberal Institute.