Interview: 'Sadhus Were Enraged at the RSS Attempt to Hijack Ardh-Kumbh'

Dhirendra K. Jha, the author of the new book 'Ascetic Games', explains the complex politics among sadhus and akharas, including the resistance to Hindutva from those who have not thought of profiting from it. 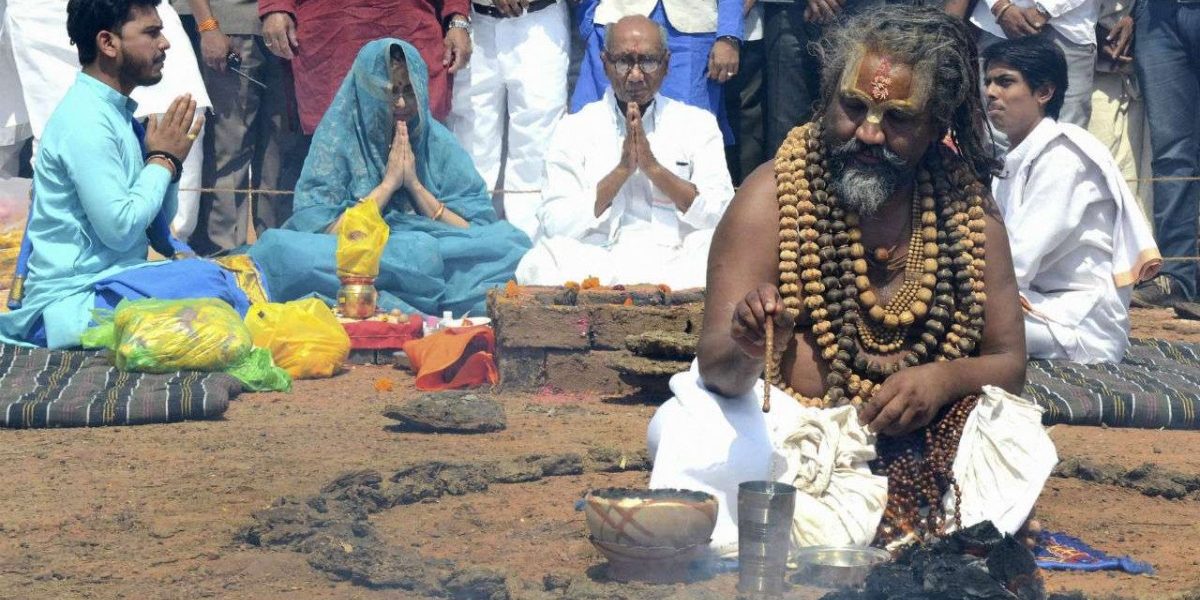 New Delhi: Never in the past have sadhus and akharas contributed to election efforts as much as in 2014, says Dhirendra K. Jha, a senior political journalist, long-time researcher on Hindutva politics and author of the recently released Ascetic Games : Sadhus, Akharas and the Making the Hindu Vote.

Today, however, akharas actively participate in positioning explicitly Hindu rituals and symbols in the routine affairs of electoral politics, and played a pivotal role in building the Hindu vote in India.

He told The Wire about the Hindu vote, the dream that is “sought to be developed by Hindu supremacist organisations through sustained communal propaganda and large-scale use of religious symbolism for political mobilisation.” 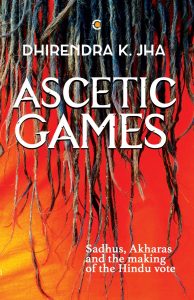 Unlike the Muslim vote and the Dalit vote, we don’t often hear much about the Hindu vote – when and how did it come to exist?

Until late 1980s, Hindus, divided along caste lines, were never seen as a vote bloc. But once the Ram Janmabhoomi movement of the Sangh parivar gained traction, the religious mobilisation of a section of Hindus to capture political power started to seem possible.

Yet this vote was practically defined and led by a Brahminical vision of culture, tradition and rituals. So it remained for quite some time, a small communal constituency. Various experiments by the RSS and its outfits like the VHP and the BJP could not blur caste divisions enough to draw a formidable number to political Hinduism, the means by which Hindu communalism seeks to craft a majority.

Groupings like Muslims and Dalits, who are generally the focus for the study of identity politics, often vote as blocs to protect their right to equality. The Hindu vote is fuelled by a single motive: to ensure that the Hindus exclusive have the right to define our national identity.

In this sense, the concept of Hindu vote, though an amorphous constituency compared to the Muslim or Dalit vote, militates against the very idea of India as enshrined in the Constitution.

What role do akharas play in the making of the Hindu vote bank? Is this something new or has there been a history behind it?

Akharas control most of the ascetic space of Hinduism, and strongly believe that there was once a “golden age” when their armed ancestors drove the politics in India – but that the “glories” thus achieved are the least appreciated part of the nation today. The sense of loss – based on a completely distorted understanding of history – has remained deeply rooted among many sadhus attached to akharas. They have harbored an intense desire for political revivalism.

The politicisation of Hindu religiosity – which is at the core of the making of the Hindu vote – would not have been possible without the active and excessive participation of these sadhus.

For many years after Independence, their desire remained largely suppressed as they did not have any major political relevance in modern India’s secular and representative democracy. Once the Sangh parivar reached out for their involvement, however, this suppressed desire made it easy for that section of akharas. They set out to use their religious appeal to make Hindutva a viable project.

As guardians of Hindu tradition, controlling vast numbers as their followers, they have acted as the main agents to convert Hindutva into some kind of a divine project. This was a pivotal role in the making of the Hindu vote.

To a large extent, they have also succeeded in transforming Kumbh melas, the largest congregations of Hindu sadhus and devotees, into a political theatre suitable for the Hindutva politics.

In the book, you talk about two sadhus at length — Gyan Das and Dharam Das. Why are they so important to the politics of Hindutva?

Gyan Das and Dharam Das are the two most prominent sadhus of Hanumangarhi, the largest monastic establishment of Ayodhya and the epicentre of the Ram Janmabhoomi movement, the motive force of the politics of Hindutva.

Gyan Das has been vehemently against the Sangh parivar’s attempts to use this movement for the advancement of Hindutva politics. It was largely because of Gyan Das’s efforts that even in the 1990s – at the height of the Ram Janmabhoomi movement – the VHP could not bring Hanumangarhi, the main seat of power of Nirvani Akhara, a Ramanandi monastic order, under its influence. The VHP was afraid of directly meddling in the internal affairs of Hanumangarhi that houses nearly 600 ferocious sadhus.

Gyan Das, therefore, symbolised the resistance inside the world of sadhus to the Sangh parivar’s Hindutva project. After becoming the president of the All India Akhara Parishad, he became even more bullish in his bid to rupture the VHP’s bond with the sadhus of Ayodhya.

Demolishing Gyan Das and his influence eventually became critical for the VHP’s claim to represent the sadhus of Ayodhya. It was against this background that the VHP grabbed the opportunity when Dharam Das, an ambitious resident of this establishment with roots in the VHP, set out to become Shri Mahant (chief abbot) of Nirvani akhara.

The protracted battle, which lasted from 2005 to 2009, was significant to the VHP gaining a grip in the internal workings of Hanumangarhi, and the politics of Hindutva spreading among sadhus in Ayodhya. This clash also exposes the mechanism the VHP used to gain a foothold among Ayodhya’s sadhus and to emerge as the voice of the movement aimed at “liberating” the so-called birthplace of Lord Ram. 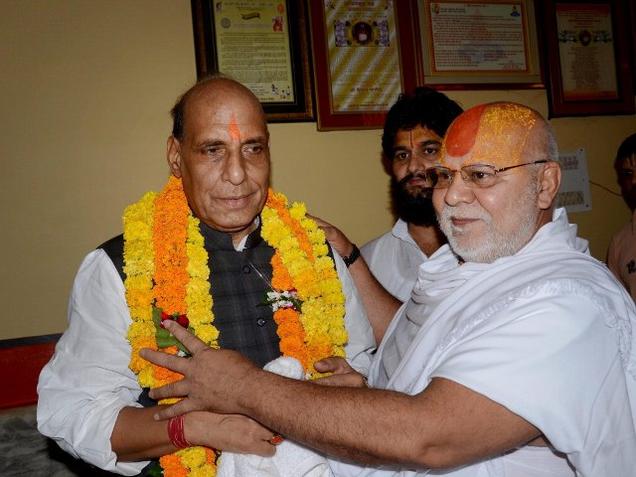 Another sadhu you write about is Bhavanath Das of Ayodhya, head of the Samajwadi Sant Sabha. How is he and his politics different from the sadhus associated with the Hindutva outfits?

Bhavanath Das, another important sadhu of Hanumangarhi, is a classic example of how the world of sadhus gets affected by events in the rest of the society.

Like a significant section of sadhus, he belongs to the Other Backward Classes (OBCs). In the early 1990s, when many sadhus were being drawn to the politics of Hindutva, he and a handful of other sadhus of the OBCs represented lower-caste assertions – which had become a major factor in the politics in North India at the time of the Mandal Commission.

Thus the rise of the Samajwadi Party, with its core strength among the OBCs in Uttar Pradesh, was followed by the formation of “Samajwadi Sant Sabha”, a group of Vaishnava sadhus headed by Bhavanath Das.

Also Read: How Modi and Shah Have Harnessed the VHP and its Ayodhya Bluster

As in the rest of the society, so among the sadhus; this group stayed away from the Sangh parivar. Today, Bhavanth Das is close to top leaders of the Samajwadi Party, and is politically distanced from the project of Hindutva, but the group exists mainly on paper. In the long term, its impact on Hindu monastic establishments remained very limited because of how the Brahminical vision of Hindu religion dominates their world.

What role did sadhus and akharas play in the landslide victory of the BJP in 2014 and in the 2017 Uttar Pradesh assembly polls?

At the Kumbh Mela of 2013, just a year before the election, sadhus associated with the VHP almost exhorted religious leaders to make supporting the BJP appear as a divine project for Hindus. The political overtones of the Kumbh, attended by millions of Hindu devotees and lakhs of sadhus, were clear in the VHP’s slogan, heard at meetings of sadhus and seen on hoardings – “Jo Ram ki baat karega, wahi desh par raj karega”.

Later in 2013, when the Sangh parivar was planning its election strategy, the RSS organised in Nagpur a three-day conference of select religious leaders. The conference was devised to ensure that the religious idiom resonated well with the Hindu electorates.

In all this, the Akhil Bharatiya Sant Samiti (ABSS) – an organisation of sadhus formed in 1986, at the behest of the RSS – played a critical role. Not only in the election of 2014, but also in the UP assembly election of 2017, sadhus attached to the Samiti worked hard on their followers to ensure the BJP’s victory. 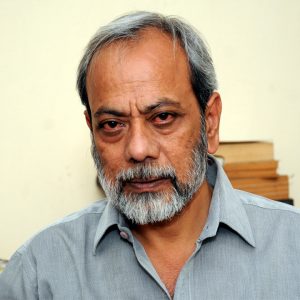 The RSS received a mild setback early this year, when it sought to make a massive political show out of the Ardh-Kumbh at Prayagraj. Its brazen move to hijack the Ardh-Kumbh enraged many sadhus – mostly those who had not gained from the Sangh parivar’s network of patronage, or had not thought of benefitting from oppositional politics.

The shankaracharya of Dwarka Peeth, Swami Swaroopanand Saraswati; the incumbent president of Akhara Parishad, Narendra Giri; and Madhya Pradesh’s high profile ‘Computer Baba’ spearheaded the disquiet and ripped up the VHP’s ‘Dharma Sansad’, the two-day conclave of sadhus planned to rekindle the Ram temple issue ahead of the polls.

Despite the setback, the ABSS became hyperactive the moment campaigning began. It issued an appeal to religious leaders across the country, exhorting them to work “in coordination with different Hinduvadi organsations” in their areas to ensure the victory of the BJP. It remains to be seen whether their efforts will help the BJP in the same way as much as they did in 2014.