There Is No Second Generation: Deepak Unnikrishnan's 'Temporary People'

Deepak Unnikrishnan's Temporary People reveals the psychic landscapes of people who have spent decades building the physical landscape of the Gulf. 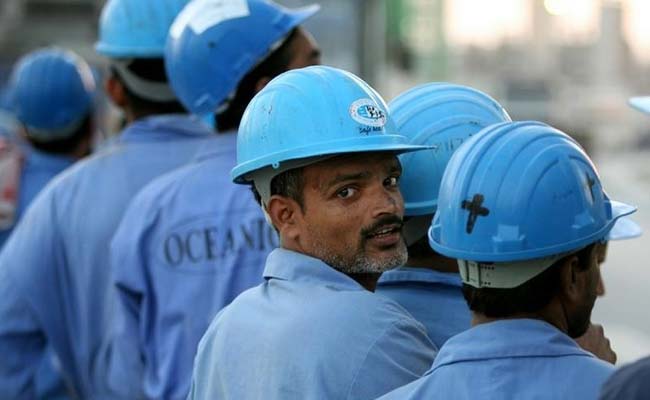 Indian workers line up to board a bus after a day's work in Dubai, November 18, 2005. Credit: Reuters

If I remember my neighbourhood uncle, Chandran mama – which I’m doing thanks to Deepak Unnikrishnan’s book, Temporary People – I recall he was the first Malayali accent I heard, growing up in a sheltered, Kannada-speaking household. He never came over without a treat for me: a tin of Fox candies, covered in Arabic lettering. With those Fox candies, I was a child possessed.

Then I remember that he always came over with a purpose, a purpose that ran foul of my father: to use our telephone. It was a red, rotary-dial phone enabled with trunk and international calls. The international service was really for show, announcing my father’s seven-digit prosperity to neighbours who had no phones at all – but Chandran mama spotted it, and called in his favours early into our acquaintance.

The monthly phone bill, then, was a reminder of his itinerary: the higher the figure, the more likely that he was dialling ‘the Gelf’. A regular bill meant Chandran mama had been away in the Gulf himself.

In a city like Bengaluru, references to the ‘Gelf-returned’ are common, and mamas and chechis in the Gelf seemed a natural reality of friends from Kerala. Temporary People jolted me into new questions about the Gelf returnee. It turned the premise of the good-natured jokes around. What does it really mean to leave a place and go elsewhere, not as a single person, but in droves, over history; first in dhows and eventually from one of four international airports established for the purpose – an essential feature of both the homeland and the foreign economy? 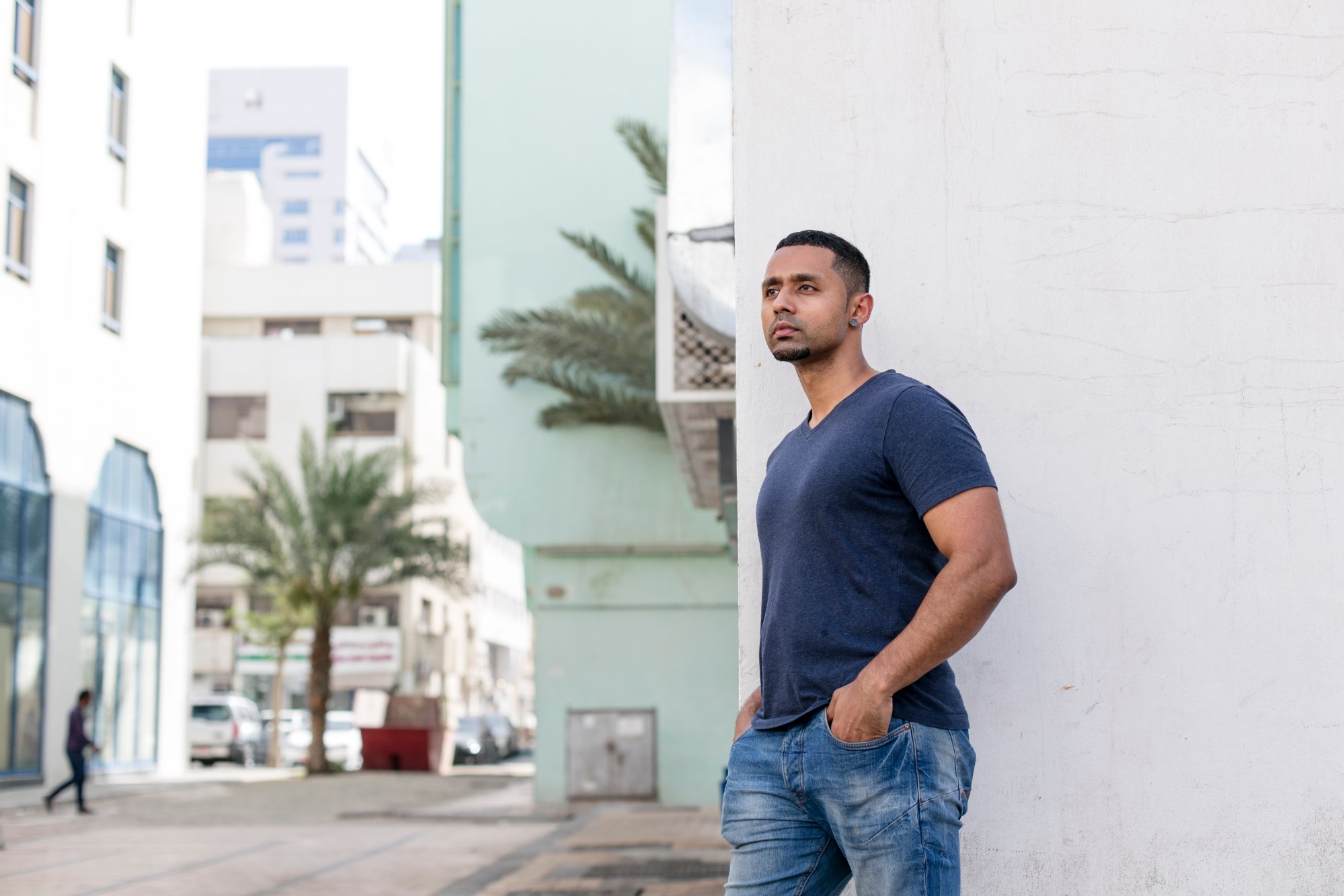 Aadujeevitham (published in English as Goat Days in 2008) was a singular, best-selling novel about that dislocation. Temporary People adds an important and polyphonic voice, one of the first novels written in English on the perilous and inevitable journey so integral to life in Kerala. The book is about being there – avday – at a distance from home, and here – ivday – which is fixed in the form of a passport.

Unnikrishnan himself grew up in the UAE and left Abu Dhabi at the age of 20. Life took him through four cities and numerous jobs before he wrote Temporary People, which responds, as he writes, to the “consequence of circumstance, of always being/feeling temporary in my country of residence… about granting agency (on the page at least) to people who may not have the opportunity to linger in a country or city that has allowed them borrowed time”.

It strips away the bureaucratic politeness from the term “guest worker”. The Gulf worker stands somewhere between indentured labour and the software engineer looking for a Green Card. The migrants in the Gulf cannot stay or claim the place for their own – some 80% of its resident population is expatriate non-citizens. There is no second generation.

Within the lineage of South Asian diasporic writing, Temporary People widens out the voice of working classes – whose decisions look very different from familiar postcolonial narratives. Unnikrishnan’s politics are in language, which reveals the psychic landscapes of people who have spent decades building the physical landscape of the Gulf: the “Government-mandated Lego” of office blocks, shopping malls and skyscrapers. Dizzying word-play captures Kerala and the Khaleej, and all the micro-milieus between the two. 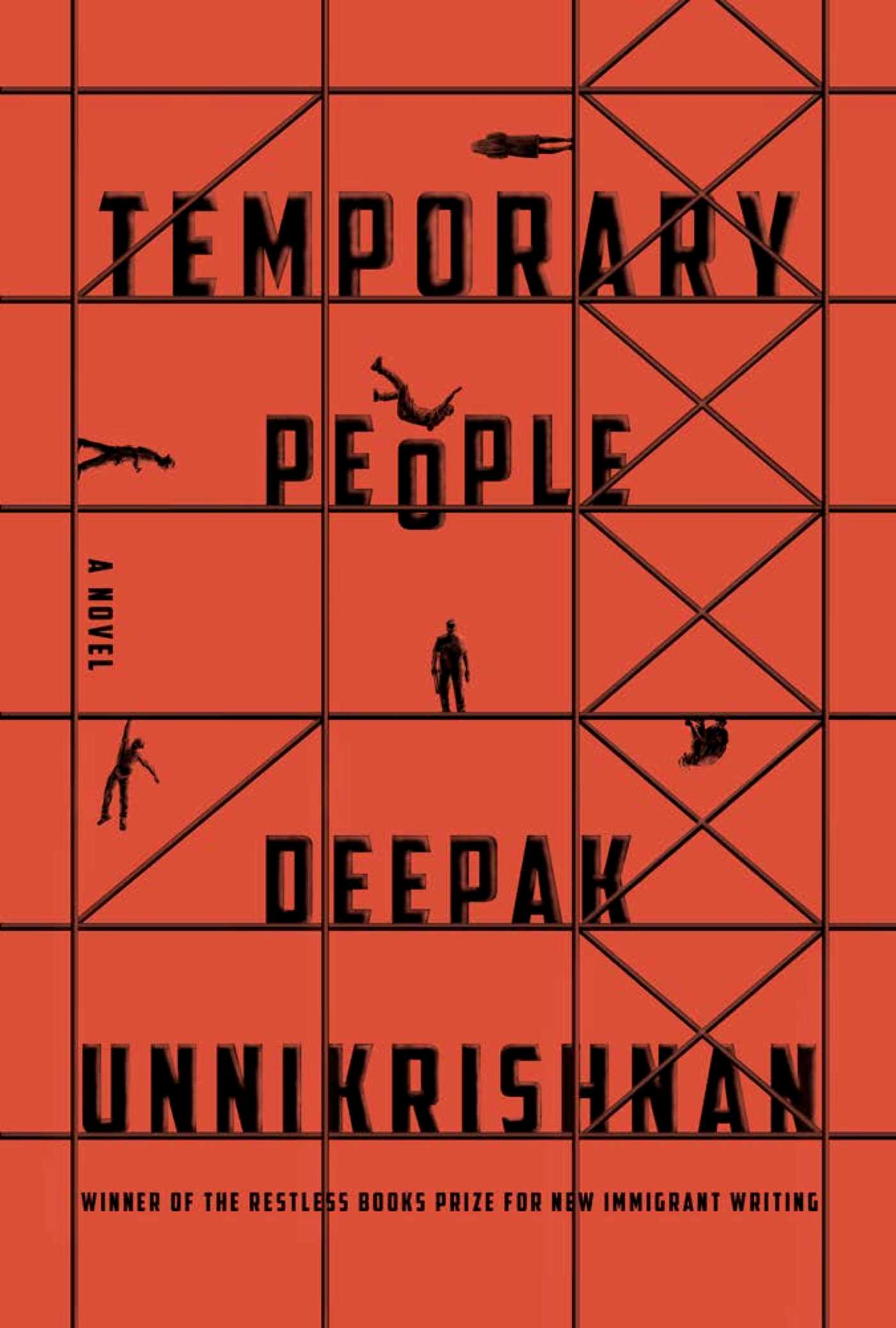 Every name – each Tinto and Salman and Vasudevan – conjures place and history; the ‘Arabee Cundree’ is shown to be a scramble of dialects of languages colliding. Like Derek Walcott’s memory of the Ramlila in the Caribbean, the English, Arabic and Malayalam of the Emirates are each “a branch of its original language, an abridgement of it”. Unnikrishnan celebrates these “possibilities of language” with a fervent account of cadences, intonations, pitch and mood.

The text is dense, imagistic and playful. It moves from mock-journalistic prose to short story: a BBC-like news report about an exodus of migrants, to macabre sequences structured like morality plays. There are prose-poetry typologies of what a pravasi is and could be. Some stories play like surrealist cinema: a man eats a passport and becomes a passport. A cockroach infestation in lower-middle class home becomes an army learning the patois of the UAE in Farsi, Arabic, Tagalog and Malayalam. The broken appendages of workers who fall from high-rises are pasted together with glue. (“Anna had a superb track record for finding fallen men…. She found everything, including teeth, bits of skin.”) An eugenic experiment to produce MALLUS – ‘Malayalees Assembled Locally and Lovingly Under Supervision’ – goes badly wrong. In their tightly-knit architecture, the stories accrete, enrich, contradict and corroborate each other.

Temporary People is not an elegy or lament. While it documents the scatterings and dismemberments that follow from non-existent labour standards and racism, it reveals interior lives that are too easily reduced to jokes or numbers in migration studies. “Let me tell you,” says an 80-year-old woman from Thrissur, when asked what pravasi means. The Census and the dictionary tells us it means foreigner or outsider: one who leaves, the immigrant. She says: it is absence. Unnikrishnan asks us to consider this absence and feel it on our tongues. There are not many victories in this world he brings to light – but in his words, he makes that world sing.

Temporary People will be published this month by Restless Books (USA). A version of this review has previously appeared on eSocialSciences.org.