At Last, a Biography of India's Grand Old Man 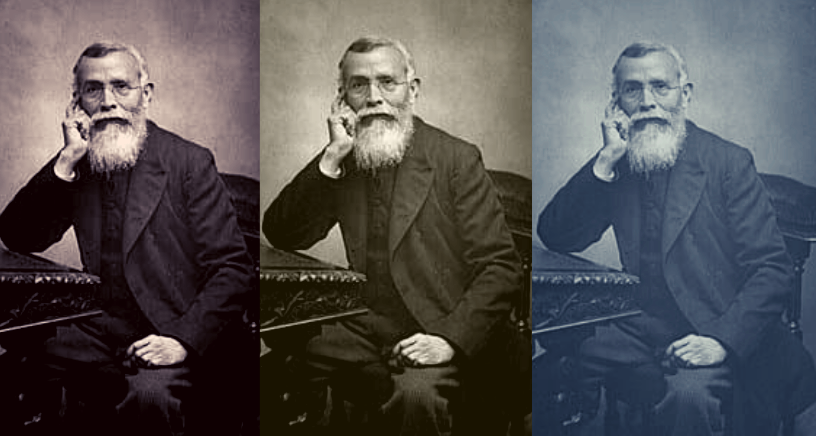 ‘A Parsee is no more a representative of Indians, than a Nestorian Christian would be of Ottomans.’

Dadabhai Naoroji, Dinyar Patel writes in this splendidly researched, elegantly written book, made at least two whistle-stop tours across most of India. Neither of these tours touched the South but there is no mistaking the fact that he was a respected figure across India.

The great Tamil poet Subramania Bharati wrote a four-stanza poem on the occasion of Naoroji’s 80th birthday: the Grand Old Man of India, Bharati said, ‘battled with words rather than with weapons’. (A few years later, Bharati’s weekly, India, published in exile from Pondicherry, carried Naoroji’s portrait on its front page.) 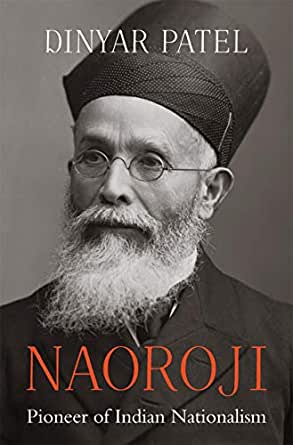 A more apt encomium could not have been paid: for Naoroji ripped apart the legitimacy of British rule in India with his searing polemics founded on statistics from British reports themselves using the strategy of ‘the turning of defence witnesses’.

As Patel points out, despite the ravages of time and the apathy of our record-keepers and archivists, that some thirty thousand documents from his collection have survived themselves tell a tale of the indefatigable work that he did with his pen and his tongue.

His untiring work prompted one contemporary observer to remark: “Here Mr Naoroji paused to perform an operation known as breathing, which, I am informed by medical friends, is a process that human beings cannot safely neglect for any length of time.”

The foremost pioneer and proponent of the drain theory – that India’s poverty and British rule were causally linked – Naoroji has not been the subject of a biography since Independence. The Publications Division of the government of India only republished an abridged version of Rustom P. Masani’s 1939 biography in its Builders of Modern India series.

To students of Indian history Naoroji is known by the title of his 1901 compilation of writings on the drain theory, Poverty and Un-British Rule in India and as someone who had the unique distinction of presiding over three sessions of the Indian National Congress.

The art of biography in India is a neglected child of both history and literature, and Patel deserves praise for thumbing his nose at ‘the vagaries of academic fashion’ to write this extensively researched and well-paced book. Naoroji: Pioneer of Indian Nationalism not only extends our understanding of early Indian nationalism but also throws light on the world of Victorian Britain and the intellectual and political currents that fed into it.

Patel traces Naoroji’s life in three phases. Born more than three decades before the Great Revolt of 1857, Naoroji belonged to the first generation of modern educated Indians in Western India centred mostly in Elphinstone College. Brought up on a diet of liberal thought it did not take long for Naoroji to see through the hypocrisy of the British. In the first phase of Naoroji’s career, he was for some time the diwan of Baroda state.

Even by this time, in the early 1870s, Naoroji had begun to articulate his ideas about the economic exploitation of India. In the subsequent years and decades, these ideas were buttressed by even better data and more forceful exposition.

This was no mere academic argument, for this was foundational to early Indian nationalism, and it must have taken much courage to articulate, as when he said, as early as in 1867: ‘No prophet is required to foretell the ultimate result of a struggle between a discontented two hundred millions, and a hundred thousand foreign bayonets.’

As Patel points out this was ‘a period of staggering intellectual activity…that had a deep and last impact on early Indian nationalism’ especially at a time when ‘there was no clear dichotomy between economic nationalism and its political variant.’

In the second phase of his career, Naoroji turned to Westminster and tried to seek entry into the British parliament. After his first abortive attempt to win from Holborn he ultimately succeeded, in 1892, to win from Central Finsbury by a margin of just five votes and earning the moniker ‘Dadabhai Narrow Majority’.

Naoroji won against heavy odds. Racial prejudice was rife with no less than the British Prime Minister Lord Salisbury stooping low to publicly draw attention to the colour of Naoroji’s skin. As a member of a miniscule minority, his credentials to represent India were questioned. It speaks for Naoroji’s tenacity that he secured a liberal party ticket against bitter inner party rivalry. Naoroji forged alliances with Irish home rulers, the working class and women suffragists. Patel reconstructs the story in much detail.

Also read: Power and Dominance: The Indelible Link Between Race and Oppression

Readers may wonder if it adds any value to his story but it is a masterly exercise in delineating and understanding the underbelly of a limited democracy at work. In the parliament Naoroji, despite the indifference shown by members to his demands and arguments in the cause of India, kept up the pressure and tried to win concessions for Indians. Simultaneous examinations for civil services in both India and Britain were a priority for him. If his parliamentary efforts did not produce much concrete results at least it demonstrated to the next generation of Indian nationalists its futility and the sham of British fair play.

The chapter preceding the Central Finsbury campaign uses a huge trove of ephemeral receipts and brochures and letters to demonstrate the wide respect that Naoroji was able to command among the Indian diaspora of Victorian times not only in Britain but across the empire and even outside. Particularly impressive is the wide respect that Naoroji commanded from ‘Bulgaria and Shanghai, the Cape Colony and Zanzibar.’

The last phase of Naoroji was marked by profound bitterness but it was also the time when ‘[h]e spoke in the bold, unfettered language of constant protest.’ Naoroji took racist politics head on; his horizons were global and he struck alliances not only with Irish home rulers but black activists in the US and socialists and anti-imperialists.

Also read: Celebrating the Champaran Satyagraha, a Hundred Years On

The crowning moment was his president-ship of the Calcutta session of the Indian National Congress in 1906. It could be said that Naoroji delayed the split between the Moderates and Extremists by a year, and committed the Congress to a demand for ‘Swaraj’, unqualified by ifs and buts. The Calcutta Congress session was Naoroji’s swansong. Naoroji was now a grand old man of 81 and he retired only when further exertion would have meant certain death. For a man who was born a full generation before the great revolt to have been relevant, even respected, until he was past 80 was no mean achievement.

Patel is evidently in awe of his subject, and one can imagine his face lighting up as he pores over the fading documents to reconstruct and interpret Naoroji’s life. Some years ago, in collaboration with the fastidious scholar of early Indian nationalism, S.R. Mehrotra Patel, produced an edited volume of Naoroji’s correspondence which will now stand as a companion volume to this engaging biography.

For all his admiration, Patel is even-handed and does not paper over Naoroji’s flaws. He draws attention to Naoroji’s soft-pedalling about British imperialism in the early part of his parliamentary tenure, calling it ‘cloyingly moderate’. Patel also points out his silence on caste, untouchability and minority representation.

When Naoroji died in 1917, after some well-deserved years of rest and quiet, Bombay city came to a near standstill with Congress and Muslim League volunteers clearing the path for the funeral hearse. Dadabhai Naoroji was a Gujarati of whom all Indians can be proud.

A.R. Venkatachalapathy is a historian.