After Amphan: As Iconic College Street Goes Under, Kolkata Mourns a Way of Life

Booksellers and publishers are computing their losses, but for generations of Kolkatans, the damage is more than financial. 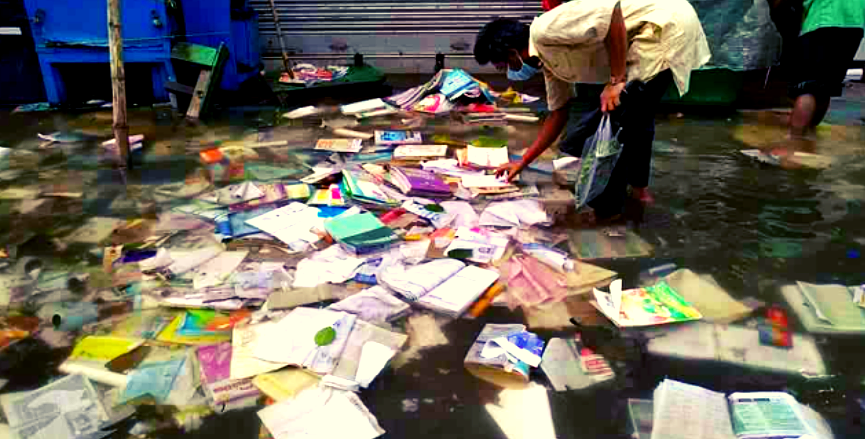 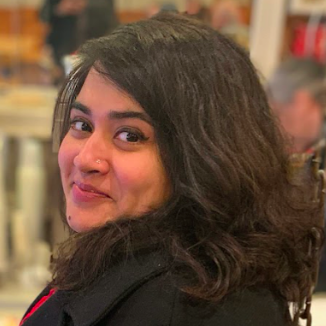 My family always insisted on referring to College Street by its Bengali name, boi para – a neighbourhood of books.

Consequently, as a child, I wondered if it was some magical area in the city that was constructed of books. Interesting images came to mind, some that would put Dr Seuss to shame.

However, those dissipated when the actual – and far more magical – reality of the place revealed itself to me.

The earliest memory I have of boi para is from when I was six or seven. I accompanied my parents to the mile-long stretch between the Mahatma Gandhi Road crossing and Bowbazar crossing and watched them haggle with street-side booksellers with the practiced ease of people who had been doing it for decades. (They had, since their time at the University of Calcutta and what is now Presidency University but had been Presidency College before.)

Both my parents and the booksellers knew the routine well – my parents would pretend to be disinterested in the books they wanted the most and the bookseller, often unaware of the contents of the book and its true value, would carry on undeterred about how it was a ‘classic,’ ‘famous’ book from ‘foreign.’ 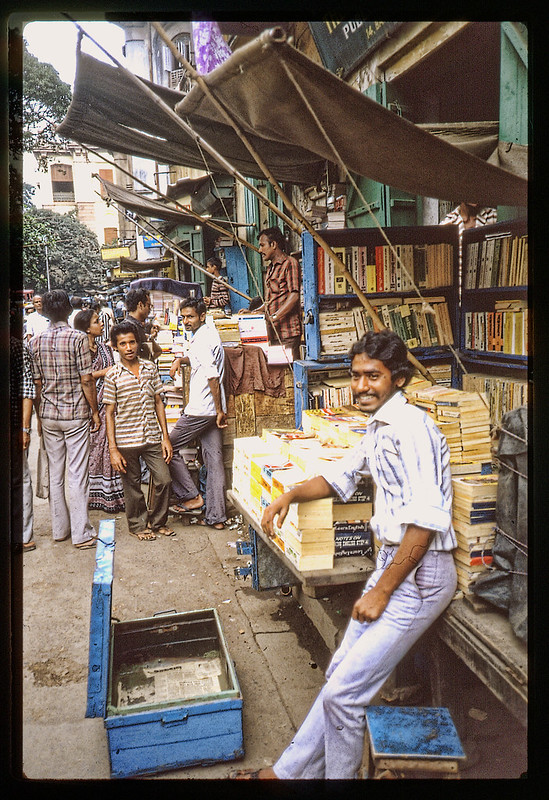 This would be followed by the parents staging an elaborate walking away ceremony, the bookseller calling them back and quoting a price not far below the original, my parents promptly offering to pay half of that and the bookseller finally agreeing to ten rupees more than that with the barely disguised triumph of a victory, “neither yours nor mine.”

A number of the true ‘classics’ (however you want to define them) I read while growing up had been acquired through this time-honoured ritual.

Once I graduated from being a silent spectator who was more invested in the sharbat at Paramount and kochuri at Putiram that came after the book gazing, I became a browser myself.

What fascinated me more than the iconic, larger brick and mortar bookstores in the para were the hundreds of smaller and often makeshift stalls made of metal, canvas, tarpaulin or bamboo. There were said to be over a thousand of these, with booksellers and publishers of varied scales spilling onto narrow lanes from the main street, and then onto narrower gullies, and finally into the private courtyards of the houses there.

The saying went that if it had been written, it would be available somewhere on College Street.

No matter how rare the book was, or whether it was banned or ‘extinct,’ booksellers would reply with some comforting conviction that it could be found somewhere in boi para.

It was this conviction that drew locals and tourists alike to this neighbourhood in search of lost books as well as ‘notes’ for various courses – after all, College Street had an astute understanding of the difference between reading and studying, as marked by the booksellers asking if one was looking for “porar boi, na emni boi (books for studying or regular books)?” If the booksellers could not find what you wanted (rest assured, only for the time being), they had the preternatural ability of determining what it was you needed.

What about our appearances made them think these were the writers we were looking for, I do not know, but it is true that I returned home often with books by these authors. If one was looking for Rushdie, it was only a matter of time before a copy of Satanic Verses would show up. I encountered it so many times that it made me wonder if College Street was somehow outside the purview of censorship and other restrictions.

Restrictions of stall dimensions were averted with ease by stacking books from the ground up. Squatting for long stretches to check out the books at the bottom of the stacks was acceptable behaviour.

Once, a few years ago, I found a few of the books from the 1960s Penguin Classics series at the bottom of one such stack and then spent the better part of the next month at the same level as I tried to complete the set. Instead of finding my behaviour strange, stall owners would ask about what I was looking for. What did the books look like? What colour? What titles? They would then give me newer editions and occasionally even the notes on them. This world of never ending quests for books and kindly, curious booksellers  has taken a severe hit in the aftermath of cyclone Amphan which devastated parts of West Bengal, Odisha, and Bangladesh on May 20.

Among the other terrifying images emerging in the aftermath of the storm were those of College Street submerged in water, with ruined books floating everywhere, a sight that must have brought grief and sadness to the tens of thousands of book lovers in Kolkata.

In addition to the street-level stalls being completely wrecked by the storm and water-logging, the bookstores and presses have also sustained a great deal of damage.

The semi-permanent stores have been largely demolished, with the books from those stacks torn and afloat in stagnant water. Soon after the cyclone, as connectivity returned, Twitter became filled with images of booksellers standing in the waterlogged street, trying to see what they could rescue as thousands of books floated around them. It is impossible to gauge the financial loss fully: some early surveys suggest that on an average every bookseller has incurred a loss of at least Rs 1 lakh. But these numbers could be much higher because among the ruined books are rare titles, vintage volumes and collector’s editions.

Moreover, if one considers the water seepage into book binding units and presses, the long-term impact on the industry as a whole will be even worse.

Also read: ‘The Gods Can Simply Kill Us’: A Ground Report From a City that Weathered a Deluge

It will take many months of sustained efforts to rehabilitate College Street and multiple independent attempts have begun already.

But with the very real possibility of the pandemic and its consequences further delaying the restoration process, it seems likely that we might just see the extinction of the neighbourhood of books as we have known it. 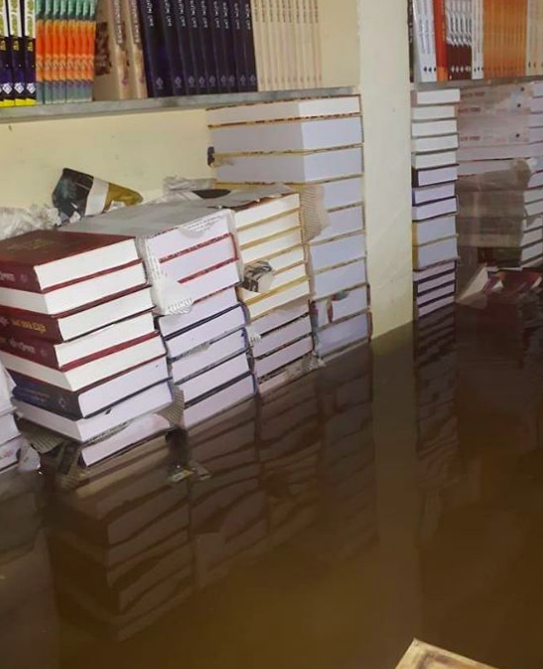 What a loss that would be.

College Street has a history going back nearly two centuries. Hindu College (now Presidency University) was established in 1817 and the street it was on was renamed College Street (from its previous name, Arterial Street) by Lord Wellesley.

Over the years, the area adapted to changing times, stocking Murakami for the lover of literary fiction next to test papers for competitive entrance exams, along with rare books.

After nearly two centuries of being a key part of Kolkata’s cultural landscape, in 2007, work commenced on a book mall named Barna Parichoy, which is supposed to house the stores of boi para. Work on the mall has not been finished yet, but there is no doubt that it will change the spatial order of the neighbourhood completely. However, even before that shift, the cyclone may have forever changed things for College Street as we have known it.

Along with the other necessary relief work in the wake of Amphan, Kolkata must strive to save this artery for the city and its people, who are generationally linked to it, first as children, then as adults and then as parents, learning to be part of what Kushanava Choudhury called in The Epic City an Escher painting-esque labyrinth of books.

We owe this to College Street not because it is world’s largest second-hand book market or Asia’s largest book market, but because without it, we will lose a key link to a site of living history.

Rudrani Gangopadhyay is a doctoral candidate at the Program in Comparative Literature at Rutgers University.