Exploring the Link Between Chanakya and India's Foreign Policy Today

From Chanakya to Modi: The Evolution of India’s Foreign Policy explores the design in India’s worldview where the moral and the practical mesh, sometimes seamlessly and sometimes not. 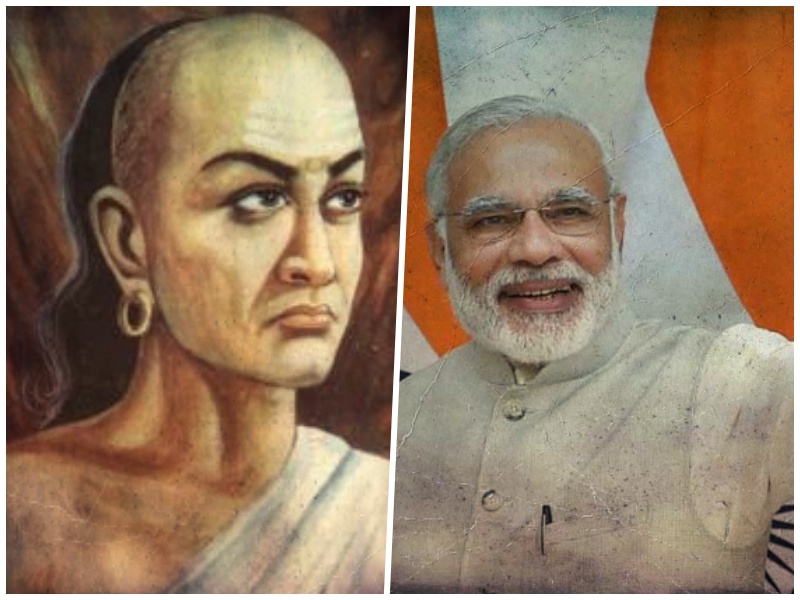 For decades, the width and depth of India’s foreign policy was defined in the mind of foreign observers by two words – non-alignment. The words at once restricted and then reduced India’s foreign policy to a comical simplicity even though within it, non-alignment contained a realist, adaptable strategy. It was designed to find space for a young nation emerging from colonialism that had dared to be a democracy, poor but proud.

The young nation had a definite worldview shaped both by ancient history and the more recent 200 years of crippling British rule. A country that viewed itself as a civilisational power but was colonised had to assert autonomy of decision-making and the values of fairness and justice, even if those earnest exertions seemed grating to world powers. At least in the early years of independence.

True that after a while, India’s foreign policy became largely a set of sermons delivered with monotonous regularity no matter what the issue – trade or Palestinian rights. The world switched off but Indian diplomats and politicians kept up the barrage, demanding their due on behalf of a nation rich in ideas and thought but poor in implementation and execution.

India’s sense of self goes deep into time, 5,000-years deep to be precise. The civilisational reference is often treated with an eye roll by foreign diplomats because of the predictable frequency of its invocation. But India’s copyright on being the first to produce a treatise on statecraft is undisputed, if not widely known.

Chanakya’s Arthashastra, written in the fourth century BC, laid down clear, precise rules for managing a nation’s foreign and domestic affairs in times of war and peace – way before Machiavelli or Clausewitz. Max Weber once said Machiavelli’s The Prince was “harmless” by comparison.

A new book by scholar Aparna Pande tries to establish an ideational link between Chanakya and the practitioners of India’s foreign policy today and everyone in between. Pande shows how India’s ancient past continues to reverberate in its fervent present. Ancient Indian kingdoms maintained relations with Mesopotamia, Greece, China and Rome but they were not expansionist – ancient Hindu treatises on statecraft and religion recommended “isolation from other civilisations”, says Pande. 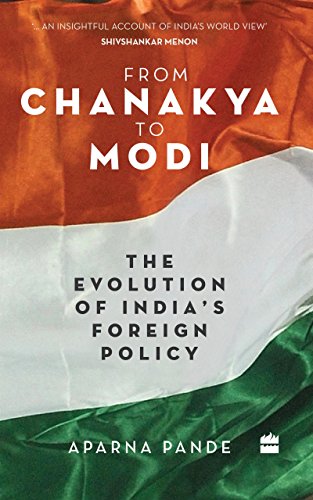 But the Chola Empire (300 BC-AD 1279) was a notable exception. The Cholas were militaristic and followed an “activist external policy,” extending their political and cultural influence first into present-day Sri Lanka and later invading the Sri Vijaya Empire in what is today Indonesia. The idea of India extending its sphere of influence beyond normal geographical boundaries goes back to the 11th century.

From Chanakya to Modi: The Evolution of India’s Foreign Policy not only explains the continuity and the constancy of certain concepts but also their growth, evolution and adaptation to an ever-changing world. This is Pande’s second book after her well-received Explaining Pakistan’s Foreign Policy: Escaping India. Director of the South Asia programme at Washington’s Hudson Institute, hers is a fresh and widely respected voice in policy circles.

Pande identifies four major threads in India’s foreign policy over the years – messianic idealism (global peace and justice), imperialist legacy (Delhi knows best), realism (Chanakya’s saam, daam, dand, bhed) and isolationism (reluctance to get involved in too many conflicts). Jawaharlal Nehru was a good-ish mix of all four although his critics condemn him for not being Chanakyan enough.

If the exposition of the first two threads generates yawns among foreign diplomats, the last two raise curiosity. The moral component has been an essential element of Indian thinking since ancient times, reverberating strongly through the freedom struggle.  The importance of India as an example to the world for waging a non-violent campaign for independence and actually winning largely on those terms can’t be overestimated, even if it tires the cynical.

Pande sees every Indian leader from Mahatma Gandhi to Nehru to Narendra Modi arguing that India should be given the stature it deserves for its civilisational contributions. Turns out that Indian prime ministers also like being foreign ministers – for 29 of India’s 70 years of independence, they have held the additional portfolio of external affairs to make high-minded speeches about peaceful co-existence and a nuclear-free world.

But there was also an element of realism in the moralism so prevalent in the first few decades of modern India’s life. As Pande says perceptively, “Nehru understood that until India built its economic and military potential, the only way it could punch above its weight was as a champion of smaller nations in promoting a just and moral order in the world”. That’s smart for a fledgling nation trying to find a place in a world order dominated by two superpowers. But the idealism didn’t make India shy in securing its interests, whether by use of military means (Bangladesh war or taking Sikkim) or by luring neighbouring countries with aid and favourable terms in trade.

The decision by Nehru not to align a newly independent India with either bloc became dogma over time, losing India opportunities for advancement. Indian prime ministers began poking the Americans simply because it made them feel good or in their minds, superior. One is reminded of I.K. Gujral famously insulting his American hosts by publishing an extremely critical op-ed in a US newspaper while on a visit to Washington as prime minister. Gratuitous as it was, it was also a mark of narrow thinking and high self-appraisal.

Different prime ministers have pursued different iterations of non-alignment over time, sometimes riding the waves and sometimes drowning in pointless diatribes. During Manmohan Singh’s time, India began to slowly shed its non-aligned skin to draw closer to the United States while emphasising “strategic autonomy.” With Modi, India has grown even closer to Washington but there is no desire to be an “ally.” Given the flux in the world today, hedging is in and only issue-based alignments are deemed wise.

Closer home, Pande points out that “India’s desire to be the only major power in South Asia has not always been successful,” partly because India could not give economic or military aid when its neighbours needed. “Managing a sphere of influence is not only a function of telling others what to do but being able to expend resources that deny space to competitors.” 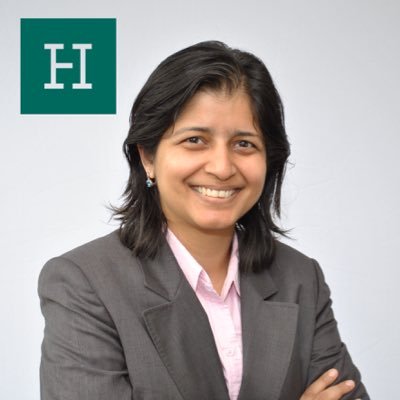 But then the Indian thought process has always has had a difficult time accepting that money makes the world go around. Pande tells us that an economic division was created in 1947 within the foreign office only to be abolished in 1950. It was revived in 1961 but economic diplomacy was not something the Indian Foreign Service (IFS) liked doing. Overtime, the integration has become better.

The IFS also needs to include inputs from Indian military better, not just try to control interactions between Indian defence personnel and their foreign counterparts. But in India, the civil-military separation has been taken to an extreme – IFS trainees do not get schooled in basic military affairs even as they deal with a militarised world. A more inclusive approach would make for a more complete diplomatic toolbox.

While the IFS has much to be proud of, it is strained and stretched thin. India has 770 IFS officers to China’s 6,000 and Brazil’s 3,000, a shortfall that can hamper ambitions of being a leading power. Turf-consciousness prevents infusion of outside talent or expertise in other ministries. The Modi government is trying to change the culture by allowing lateral entry to the Ministry of External Affairs’s policy planning division.

But as Pande concludes, “India’s bureaucrats are wedded to the status quo even when India’s people want to enter the 21st century as part of a new global order.” Unless old ways of thinking are jettisoned and a more updated framework for engagement with the world is created, India will just get by, not rock the world.