The Writer's Dilemma in Times of Persecution

When free speech and thought are under attack, writers must find ways to express themselves to escape censorship. 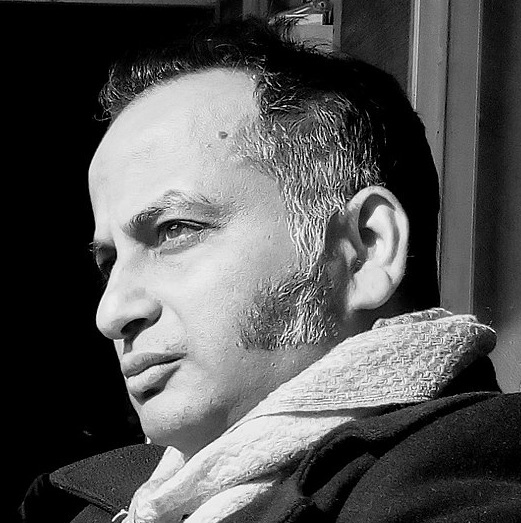 Leo Strauss published a short and powerful essay in the journal Social Research in 1941, and later turned the title of the essay into one of his books, Persecution and the Art of Writing. Strauss, in the essay, begins by considering the ways in which one expresses oneself in times of great persecution. Such persecution may happen in times of tyranny, arise out of populist moralism masquerading as righteous wrath or from a combination of both. The result is a clampdown on all heterodox thought, action or writing. In such circumstances, Strauss seeks to tackle a pressing and practical problem: how can a person of independent thought utter his views in public, and still remain unharmed? He avers that indeed such a thing is possible provided the writer moves with circumspection: “He can even utter them in print without incurring any danger, provided he is capable of writing between the lines.”

What might be the secret of cultivating such a peculiar technique for writing? He makes a very simple distinction here: between esoteric and exoteric writing. While the first is a recondite and secretive sharing of knowledge among the initiated, the later is the dissemination of a kind of writing for people in general, that works at two levels. All writing ought to be written for the majority, in a language that is transparent and accessible.

In exoteric writing, there is a level that is directed at those who require categorical moral teaching in order to steer their lives. But beneath the surface and at certain points in such writings, there should be tropes and truths that only those who are prepared and thoughtful can appreciate and interpret. This move has two uses. One, it can be appreciated by those capable of ordering their own lives in the face of the hypothetical status of all moral codes. This same group of people is discriminating in terms of abstraction in art, culture and politics. And second, by using language that is accessible enough, yet at certain points ambiguous, the writer makes sure that he is able to fend off populist censorship and persecution.

The moment of populist persecution of heterodox and independent thought can be sometimes felt, rather than objectively observed. Sometimes, such censorship might demand exact historical evidence in every utterance. In other times, for instance, such as ours, a large number of people seeking moral certainty may take refuge in blind belief as the literal truth to counter what they perceive as the ultimate social ill of value neutrality that modernity ushers in. In such cases, the first casualty is nuanced and critical thought. For instance, in such a climate, the moral persecutor of free thought simply refuses to take into account the idea of irony in life. For the moral sentimentalist, the fundamental problem in dealing with literature and art is the fact that these kinds of expressions are often marked not only with vast terrains of amoral speculation, but also often through “…obscurity of the plan, contradictions within one work or between two or more works of the same author, omission of important links of the argument, and so on,” as Strauss says.

This is where ‘reading between the lines’ comes into exoteric writings. Only reading between the lines can take us what can be called an examined and reflective living. In order to give such  reflective interpretations of life and literature, we usually take contradictions and ambiguities of existence into account. But we are not talking about normal circumstances here, but the special climate of persecution and a technique of writing and sharing in order to ride through, and over, such a climate.

Clearly there is an obvious shortsightedness in Strauss’s formulation. He seems to have altogether disregarded historicism and taken natural differences among human beings for granted. He also sneaks in the idea that critical knowledge is essentially recondite knowledge for the already prepared – the core of exoteric writing is only aimed at the trustworthy and intelligent reader. The hoi polloi are unable to soak in the moral and cultural complexities of living and writing. This is an enormous condescension to say the least. Is it possible to take his insight, and bury the anomalies?

The special problem of our times, for those who deal with specialised knowledge, is a certain kind of populist levelling down in public discourse and human interaction. The good thing is that it seems that democracy is truly blooming, reaching the interstices. But this aggressive challenge is also claiming democratic centre-stage by not only trying to gain traction by jettisoning all nuances from life and living, but also by ruthlessly lynching those whom they see as bulwarks standing between them and their goal of maximising material comforts overnight, by hook or crook.

Consequently, political mobilisations of persecution are often happening, owing to these changed equations in social lives. Suddenly the lines between the democratic and the populist are completely broken. Unlike Strauss, there are ample reasons to believe that such a climate of retribution and moral turpitude has developed owing to multiple historical reasons, exacerbated in the last few decades. Surely, the rise of the moral and traumatised victims of history, seeking empathy and compassion everywhere must have something to do with the lack of a level playing field, financial precariousness, corruption among decision makers and other forms of discrimination that could not be addressed socially.

A certain defensiveness has flipped into aggressive postures and actions. Consequently, the unrest has turned such a full circle that it has given rise to full-scale moral warfare. This has become a battle for sheer accessibility at the cost of denigrating and abandoning forms of knowledge that must remain the building blocks for all institutions. Therefore, this resulting sense of persecution that certain graded institutions and classes of human beings are facing. This will have a lasting impact on keeping intact a divided nation and its forms of knowledge building.

We are in for a long haul. Populist rage may have just reasons to burst forth in the public sphere. But its sights are trained narrowly and vengefully. Unable to fathom and process complexities, we are returning to our neat little silos, the morose underpinnings of which have now gradually turned toxic. And this climate has not much to do only with the contemporary nationalist governments or their supporters. In fact this language has now seeped into all neat social identity formations. The vengeful malaise runs much deeper, playing havoc with our very blood streams. That needs another kind of exorcism – from within. Meanwhile, those who can see the larger picture must try to ride over such times. It is in this context that one may think of the exoteric way of conducting our daily businesses and lives.

Prasanta Chakravarty is associate professor of English, University of Delhi.