Residents of border villages on either side face a low-intensity war on a daily basis with only two choices: near-assured poverty if they move or potential death if they stay. 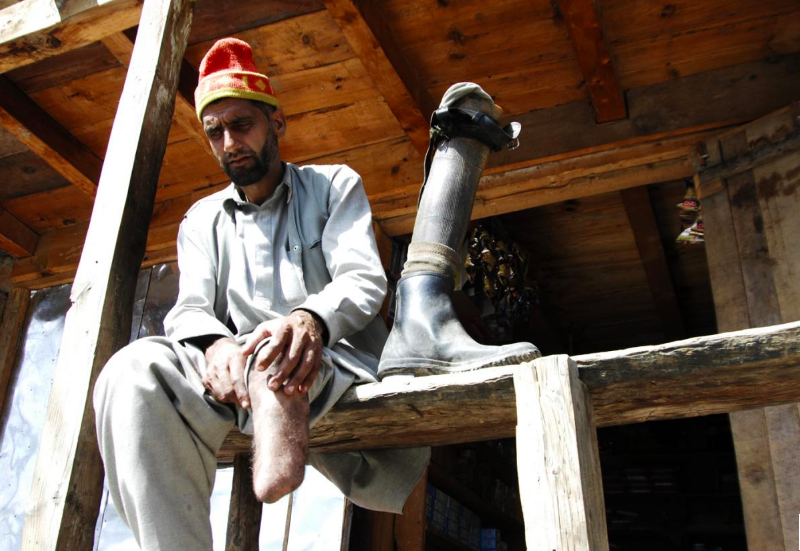 ‘Where will we go even if we wanted to?' Representative image. Credit: Reuters

Life on the LoC is like living in front of a firing squad, that’s in no hurry – a firing squad that has orders to shoot at you, but it decides against immediately carrying out those orders. It takes its time, patiently observes you, enjoys your fear, occasionally sprays bullets in the vicinity and turns the other way when you run for cover. When you settle down, they fire at you again. Some of your friends die, some get hurt, but you have no choice but to continue to live before the firing squad, exposed to their guns.

You are vulnerable to their whims, fancies and mood swings. If that’s not brutal enough, imagine two rival firing squads on opposite sides and you caught between them furiously firing at each other, for reasons best known to them. Members of the firing squads change every now and then, and as a result they hardly empathize with your plight. Your idea of peace is like a moody spell of good weather that comes and goes at will, limited to the interregnum between showers of bullets.

‘I was shot in the neck on 10 June 2017. I was running when the bullets came raining down, but I was hit a little short of the makeshift community bunker,’ said fifteen-year-old Usman with a broad smile. Why would someone sheepishly smile when talking about getting shot by an enemy bullet? Was it the typical teenage coyness? When Usman stood up and narrated his ordeal to me, his village buddies teased him for getting shot. ‘He is a real lousy runner,’ one of the boys behind him said with a laugh, ‘and he literally can’t run to save his own life.’

Also read: Understanding the Lives of Those Living Along the LoC 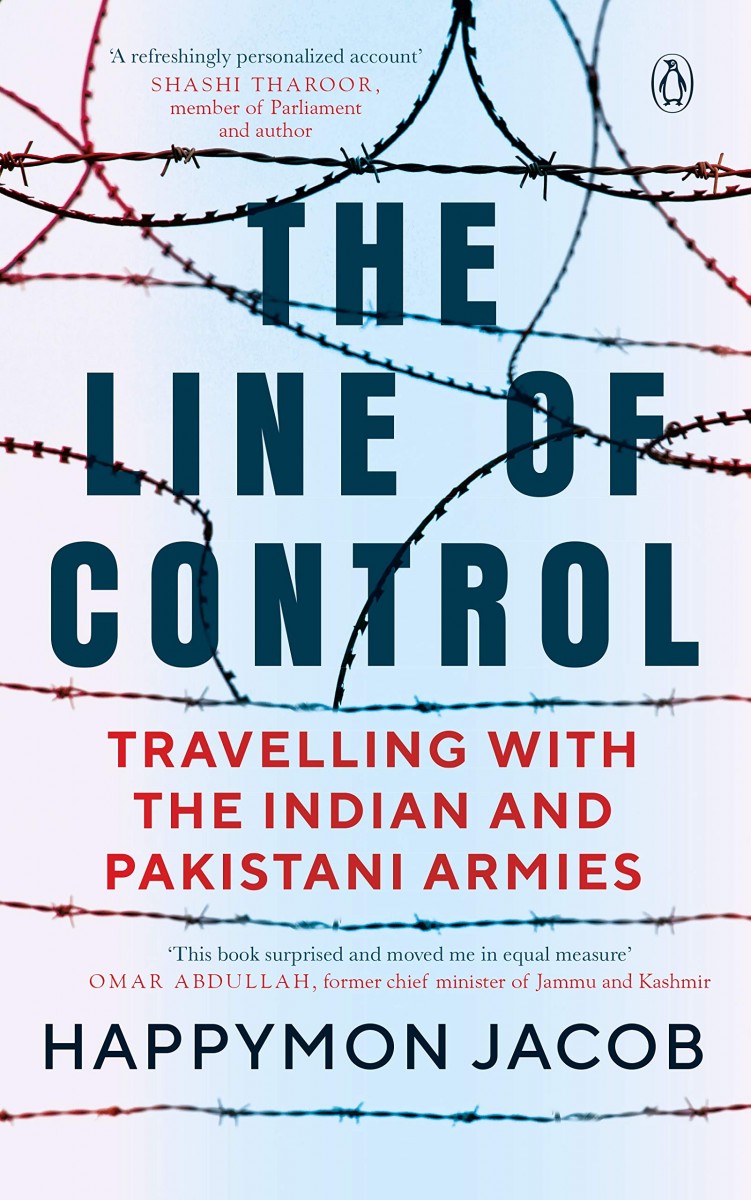 Happymon Jacob
The Line of Control: Travelling with the Indian and Pakistani Armies
Penguin Viking, 2018

Usman was struggling to ignore their taunts so as to continue the conversation with me. I knew it was silly to ask him about what went on in his mind when he was shot, but I was curious to know what it felt like to be shot at. ‘The neck is a bad place to get shot. The moment the bullet pierced me, I thought it was all over. There was a sharp pain and I fell on the ground and became unconscious, more from the fall than because of the bullet. The bullet pierced the side of my neck and went through, and I survived.’ He was evacuated only after the firing and the retaliatory firing were both over. The villagers took him to the army hospital and he survived.

It was a morbid feeling, listening to the young boy talk about how he was shot, and how he sounded so normal, even nonchalant, describing it. He might have described it to a hundred people by now, hence the casual approach to it. Or perhaps he was just being a frisky youngster. He wasn’t the only survivor. There were several who narrated their stories and showed me their bullet/shrapnel scars.

‘We know our fauj will avenge us,’ I was told again and again. Then there were older men, bearded and pensive, who insisted that revenge would not help their problems. It would bring more shells, they reasoned. The agitated younger lot didn’t like those words of wisdom; they murmured disapprovingly. In this shooting war between Indian and Pakistani armed forces, civilians are the hapless victims. They get shot at, killed, their livestock injured/killed, houses destroyed and harvests damaged. In the first three months of 2018 alone, around twenty-five Pakistani civilians lost their lives, as did thirteen Indian civilians.

I was seated on the terrace of the village sarpanch’s house to take in the afternoon warmth of the December sun. The house was within the firing range of Indian and Pakistani troops. The village was located on the mountain slope right under the nose of the Indian posts and was visible to the

Pakistani posts on the other side. The freshly painted houses were riddled with bullet marks, and the terrace walls had several huge holes drilled in by Indian shells. Milk tea, freshly fried pakoras and other savouries were served to the guests. 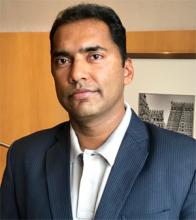 Armed Pakistani army soldiers stood around the edges of the terrace to watch out for any unprovoked Indian action. They kept chatting on their walkie-talkies with their colleagues, who were keeping a watch on the Indians, in the bunkers on the hills opposite. ‘Indian’ bullets and unexploded shells were amply displayed right in the middle of the circle. Anecdotes about the Indian atrocities were also in abundance. The older men recalled the days before the fence, in the 1980s, when they would cross back and forth into the Indian side. Nobody would bother. Occasional shooting would take place, but things were never this bad.

‘It was in the 1990s that firing started getting really bad and wreaked havoc in the border villages.’ The older generation sounded nostalgic about India, and the Indians and Kashmiris living a few kilometres away. ‘They are family . . . our brothers and sisters. When our army retaliates, it’s our own family members who die,’ was their impassioned plea. ‘Please tell your army when you go back that they should have a war with the Pakistan Army and end the matter once and for all. We don’t want this low-intensity war happening on a daily basis. Our cattle get killed, our people are crippled, our kids can’t go to school. How long will we continue with this subhuman existence?’ That was a desperate plea, and I didn’t quite know what to say.

Also read: In Villages Along the LoC, a Life of Fear Where Survival is Left to Fate

‘How do you live here? Have you ever considered shifting out? Moving to a new village where Indian shells won’t reach you?’ I asked, knowing fully well that it was a rhetorical question. ‘We were born here, it’s our ancestral land, we will die here someday,’ a bearded old man spoke up with a sense of honour and nostalgia, and pain. ‘More so,’ he continued, ‘our forefathers are buried around here.’

‘Where will we go even if we wanted to? Who will give us land?’ murmured a younger chap seated behind the bearded man. That sounded more realistic. The tragedy of having to choose between near-assured poverty and potential death sounded Kafkaesque to me. Once you know that you have nowhere to go, the human mind does what it does best: it fabricates a solid rationale for being there, creates mental barricades around it and justifies it. Man/woman has the unenviable ability to make peace with.

I was taken to the local school in the village, a building right in the heart of the bowl between the two highly militarized mountaintops, occupied by the Indian and Pakistani armies. The almost-charred building had had its concrete roof blown off, and was burnt in several places due to shelling. Bullet sized peepholes riddled the blackened walls. Being a teacher, I realize the importance of education and what could happen to children if they don’t get an education. It’s tragic. It was heartening to see that even in the face of adversity, schoolteachers organized classes in the damaged building. Or in the front yard, in clear view of Indian soldiers perched on top of the mountain, perhaps leaving the choice to them, whether to fire or not, appealing to their humanity.

Excerpted with permission from The Line of Control: Travelling with the Indian and Pakistani Armies (Penguin Viking, 2018).