The author's first short story collection occupies a remote corner of a universe in which conventional notions of time and space do not apply. 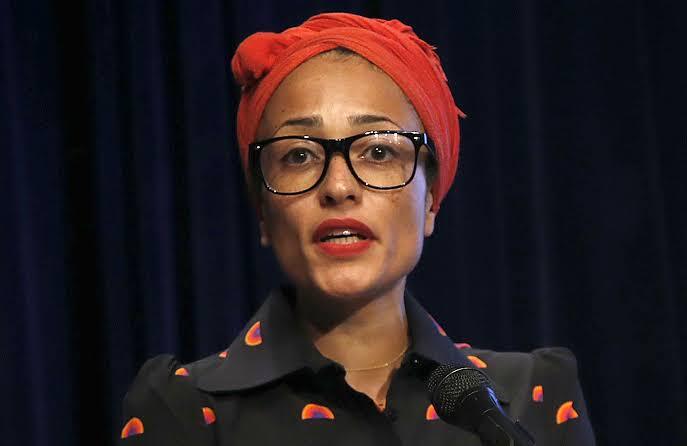 A moment of reflection in the short story ‘Kelso Deconstructed’, in Zadie Smith’s new collection Grand Union, uncannily sums up the nature of the entire book. Kelso, an Antiguan immigrant living in London, feels that the short story he is reading exists “in a time and a place surely too distant in history to feel real to any reader… each paragraph felt like a swamp you were being forced to wade through.” Yet, “those sentences… seemed, every now and then, to be about himself… He found certain lines shot out at him directly, as if addressed to him only, with personal intent.”

Smith’s stories, too, feel distant at first. They seem to occupy a remote corner of a universe in which conventional notions of time and space do not apply. There is mention, on more than one occasion, of a “cycle” of indefinite length — one that may represent an epoch, or a phase of personal development, depending on the context. In ‘The Canker’, for instance, the cycle is a unit in the calendar used by a matriarchal society of Amazonians living on an island; here, the women go to work every day and have numerous lovers while the men stay home and look after the children. That is, until “the Usurper” comes to power.

Grand Union is not an easy read. Smith piques our curiosity in an attempt to make us read closely, re-read, mull over passages and cross-refer, as if piecing together a puzzle. It is only then that the grand design begins to unfold in all its brilliance. The author refuses to make things easily accessible to the reader.

This is fitting since the curse of mental laziness is one of the several themes that bind the stories together into a grand union of sorts. The Lazy River — a common theme park water ride, and after which one story is named — symbolises the tendency to “go with the flow” and the power of conformity. This particular body of water, which runs in a loop, is located in a Spanish resort frequented by British holidaymakers. “Life is a struggle! But we are on vacation, from life, and from struggle,” says the narrator.

Café Loup (read: loop), a congregation spot for the denizens of a New York neighbourhood, is a variation of the Lazy River in the story ‘Downtown’. Satirically referred to as “a moveable feast”, it represents the superficiality of café culture.

Meanwhile, at the other end of the spectrum lie characters that live “beyond the pale” of the murky waters of conformity — individuals who refuse to go with the flow, or be submerged in the Lazy River. ‘Miss Adele Amidst the Corsets’ revolves around one such specimen. A transgender cabaret dancer with a persecution complex, Miss Adele has seen better days. In her youth, she “may have been fully immersed, dunked in the local water, with her daddy’s hand on the back of her head and his blessing in her ear, but she’d leapt out of that shallow channel of water the first moment she was able.” Similarly, in ‘Downtown’, an unnamed Austrian painter who is the very antithesis of the Café Loup crowd, asks the narrator during a visit to New York, “I don’t understand how you can live here, and be an artist, amongst all this social noise and all of these people. I myself live in a Hungarian forest.”

Smith tunes in to a universal emotional intelligence through insights and experiences that resonate with the reader on a personal level. Some of the stories are narrated in the third person, while others in the first person. The latter may very well be autobiographical, at times reading like the diary entries of a precocious adolescent: “So much of life is structurally invisible … and has no way of fitting into the external accounts of our lives.”

The title of the book is, among other things, a reference to the “mental geography” of the characters and the author. As Kelso crosses the Grand Union Canal in London, he is reminded of “the other end of a channel of water connecting Antigua to this grey canal beneath his feet, and stretching all the way back to the New World.” It becomes clear that Smith reveres her ancestors, who never fail to ignite her imagination and whom she portrays in spiritual terms as “living eternally” atop Jamaica’s Blue Mountains.

Conventional notions of family are questioned by those who live on the peripheries: “Family first! A phrase that sounded, to Miss Adele, so broad, so empty; one of those convenient pits into which folk will throw any and everything they can’t deal with alone.” Yet the relationship between mother and daughter is a recurring theme within the book. When Smith feels lost, she converses with the spirit of her deceased mother for answers. Meanwhile, her aunts visiting from Jamaica provide her with valuable insight into the #MeToo movement: “This might look like a war between men and women, but what this really is, is the last siege of a ruling class.”

The cyber realm is often depicted in satirical, or cynical terms. Here, the collection is both at its wittiest and most chilling. In ‘Now More Than Ever’, the narrator wishes she had a “fourth screen” in her life (mobile phone, iPad, laptop, smart TV), so that “no reality could get through the cracks at all … and then surely everything would be easier.” She is naïve in the ways of social media, unlike her friend Scout who is “so involved and active … on all platforms, and rarely become aware of anything much later than, say, the three-hundredth person.”

In ‘Meet the President!’, Smith’s vision of the distant future of the British Isles is that of a sinister and socially primitive cyber-dystopia, where the lines between reality and virtual reality are blurred. Despite the technological leaps — and perhaps because of them — social constructs such as the concept of youth and adolescence have regressed and a 15-year-old boy is considered to be “almost a man.” Here, selfies and social media posts aimed at garnering widespread approval and expressing “empathy for the dispossessed” are an important milestone in career advancement and professional success.

Through the subtle use of puns, the author highlights the extent to which meanings associated with words such as “window” and “tablet” have changed since the dawn of the internet. ‘Escape from New York’ follows Michael Jackson, Elizabeth Taylor and Marlon Brando fleeing New York City on the day of the September 11 attacks; it begins with the trio on a three-way call on a landline: “Michael could hear Marlon’s TV in the background. It was tuned to the same channel Michael was watching, but only Michael could see the images on the screen replicated simultaneously through his own window, a strange doubling sensation.” Readers — millennials in particular — can be forgiven for assuming, almost as a reflex, that this conversation is taking place on FaceTime, or Skype, and that the “window” is on a computer screen, until it begins to sink in that, in 2001, this technology was not widely available as yet.

Grand Union gets better with every read, illuminating details and layers that had previously lain dormant. The prose is occasionally poetic and at times disjointed, with the full stop often being deployed in place of the comma and the use of inverted commas being done away with in some stories. Smith’s form effectively captures the complexity of human feelings and the manner in which we process our surroundings.

The article was originally published on Dawn. You can read it here.