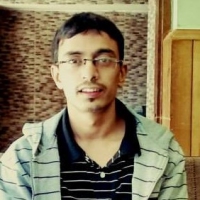 American geneticist David Reich recently re-opened a debate on the topic of race that went against the dominant liberal scientific consensus. Author of the book titled Who We Are and How We Got Here? (2018), Reich argued in a New York Times article that “while race may be a social construct, differences in genetic ancestry that happen to correlate to many of today’s racial constructs are real”.

For Reich, the reality of biological differences is one we cannot ignore. If there do exist noticeable differences due to height and skin colour among populations, then “it seems a bad bet to argue that there cannot be similar average differences in cognitive or behavioural traits”. 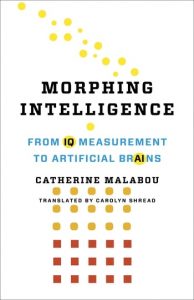 While height and skin colour can be measured and quantified, how are we to measure differences in intelligence? Is intelligence entirely determined by biology?

Catherine Malabou’s new book, Morphing Intelligence: From IQ Measurement to Artificial Brains calls into question this simple correlation of intelligence with genetic heredity. She points out how measuring intelligence in the form of IQ tests is not as objective as one may suppose. The controversial case of Charles Murray’s The Bell Curve, which claimed that Africans have lower average IQ, is just one example that can corroborate this point.

Thus, Malabou begins by questioning the innateness of intelligence. She highlights how the search for the ‘intelligence gene’ was one that quite predictably failed. Genetic mechanisms do not function, she argues, on simple one-to-one correlation between genotype and phenotype. Then she moves on to a conception of brain development where “habit, experience and education play a determining role in the formation and life of neuronal connections”.

In the final part, she discusses the question of artificial intelligence. We still draw a strict hierarchy between automatism and creativity, despite all the evidence to the contrary. For Malabou, this philosophical distinction can no longer be held viable.

Malabou, a French philosopher, has achieved some notoriety in philosophical circles for marrying deconstruction (a French philosophical movement inspired by Jacques Derrida which functions by identifying a hierarchy, say between masculine and feminine, and demonstrating how the former actually depends on the latter for its consistency) with the latest developments in the neurobiological sciences.

What interests Malabou in the obscure and sometimes esoteric biological debates between genetics and epigenetics is a concept she calls plasticity. In her books, she defined define plasticity as the “the potential for neuronal architecture to be shaped by the influences of environment, habit, and education”.

Also read: Does a Bigger Brain Mean a Higher IQ? Nope, and This Is Why

Unlike most philosophers, Malabou has never shied away from a materialism where symbolic processes actually physically affect neuronal configuration, and vice versa. Her earlier book What Should We Do with Our Brain? (2004) put forth the claim that the plasticity of the brain made it not just the recipient and creator of form but also “an agency of disobedience to every constituted form, a refusal to submit to a model”.

Other philosophers have consistently sought to barricade themselves from the biological sciences. Malabou was one of the few who connected this relation to a transformative politics. Her concept of plasticity simultaneously materialised intelligence in the brain without privileging heredity. What this means is that while intelligence depends on brain structure, the structure itself is not encoded in DNA but can be transformed and moulded at any time. 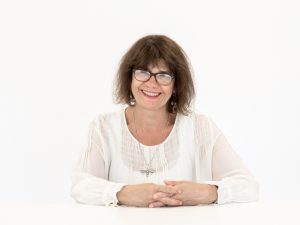 In What Should we do with our Brain?, Malabou privileged the plasticity of the brain over the determinism of the computer. Every move of the computer is supposed to be calculable in advance, leaving it with no degree of freedom. Recent technological developments have, to put it mildly, exploded this thesis.

In her earlier books, Malabou worked to drive a difference between genetics and epigenetics, the first being completely programmed and the second having various degrees of freedom. She claimed that a computer could only be programmed and would never be able to achieve the plasticity of the organic. This opposition was, of course, both forced and false.

Recent developments of synaptic chips by IBM (the aptly titled Project SyNAPSE) have blurred the line between automatism and spontaneity. Thus Malabou discovers that the concept of automatism bears within itself creativity and spontaneity: “An automatism refers to an involuntary movement, one without a soul. But in Greek automatos also means that which moves by itself, spontaneously.”

This book is thus a re-evaluation of the hierarchies she had drawn between deterministic automatism and plastic creativity. What Malabou discovers, through her reading of philosophers like John Dewey, is that the concept of automatism is not entirely deterministic. The automaton, to be successful in the environment it finds itself, must simultaneously be able to interrupt its own automatic routine, in short, be creative.

As Malabou writes, “The subtlety of algorithmic calculation today derives precisely from the fact that it is capable of simulating non-calculation, that is, spontaneity, creative freedom, and the directness of emotion.”

Also read: To See Just How Far Outside Our Genes Our Differences Lie, Step out of Caste

This may lead to a situation where new forms of intelligence come into existence. Such a time is imminent, Malabou writes, and rather than trying to safeguard some quintessentially human domains, she concludes we should strive to be “creative otherwise”. However, it remains unclear what this injunction actually means, perhaps revealing a certain perplexity within Malabou herself.

Morphing Intelligence was originally a series of lectures given at the University of California, Irvine, in 2015. While there has been a lot of progress since then in the neurosciences, what Malabou did not foresee was the failure of Henry Markram’s ‘Human Brain Project‘ to achieve its goals. This project attempted to simulate the workings of an entire brain but it has achieved nothing as spectacular as its outlandish claims. As Ed Yong writes in The Atlantic, “The brain’s intricacies are more unknown than known…. It is hard enough to map and model the 302 neurons of the roundworm C. elegans, let alone the 86 billion neurons within our skulls.”

However, the emergence of radically new forms of intelligence cannot be denied anymore. Morphing Intelligence thus makes us repeat with a sense of urgency Malabou’s original question: what should we do with our brain?