'The Cock Is the Culprit': A Subtle Take on How the Seeds of Fascism Germinate

Unni’s new novel is at the crest of a wave of new writing in Malayalam which explores dark imaginations about life, politics and marks a break from the political-radical writers of the 70s.

'The Room' by Riyas Komu, whose designs illustrate the book. During the last decade, Malayalam literature and arts have been going through a new phase of what one could describe as an ‘age of ethical gloom and urgency’; there is a sudden spurt of different genres of expression and flights of intensity in writing and visual arts marked by deep disillusionment and raging anger.

These artists probe at and connect with the hitherto buried pasts in new ways, seek rare blends of local idioms, forgotten histories and cosmopolitan imagination, through daring acts of fabulation that take on the dark forces of the present head on. They convey a deep sense of disillusionment with the past and history, a certain foreboding about the decadence and corrosiveness of existing political ideals and practices, and an overwhelming concern about and anger against the rising tide of intolerance, communalism, jingoism and toxic deep masculinity. Their excavations into the innards of our society take on dark figurations, brooding narratives, diabolic forms and haunting figures in the writings and artwork of this new generation of artists.

The underbelly of the self-congratulatory ‘progressive’ Kerala revealed through the narratives of systemic and invisibilised violence against Dalits, the enduring hegemony of heterosexual imagination, the hollowness of the secular fabric showing through the increasing belligerence of upper caste usurpation of Malayalee conscience and consciousness, the increasingly glaring evidence about the betrayal of constitutional promises – all these emerge as stark realities and spectral presences in the works of Unni’s generation like KR Meera, S Hareesh, Santhosh Echikanam, B Murali, E Santhosh Kumar, Subash Chandran, Vinoy Thomas, and Francis Noronha, poets like TP Rajeevan, PN Gopikrishnan, Anvar Ali, S Kalesh, and S Joseph, filmmakers like Sanalkumar Sasidharan, Lijo Jose Pellissery, Rajeev Ravi and Geetu Mohandas.

Also read: Tales of the Fringes: Reading Unni R’s ‘One Hell of a Lover’

Their dark imaginations about life, politics and art mark a definitive break from the existential-modernist and political-radical writers and artists of the famed 70s generation whose influences persisted and percolated until the turn of the new millennium. This new generation of writers forged new idioms, genres, styles and forms that rejected the political illusions of the past generation, and drew, both from many hitherto untapped sources from the past and the local, even while being sensitive and open to the creative rumblings in and resonances of the global art and literature scene. They forge their tools of imagination from the debris of the political and aesthetic as well as gender and caste edifices of the past, digging deep into the soil of one’s own mind and senses, and most importantly, responding to the dark socio-political climate that is engulfing our lives today. In the process, deeply troubling and self-introspecting questions about different kinds and layers of unfreedoms that are cast in caste, gender, location, and language are churned up to the surface, igniting different kinds of memories that were buried under empty verbiages and promises about equality, freedom and liberation.

Unni’s new novel The Cock is the Culprit, scintillatingly translated by J Devika, is at the crest of this wave of new writing in Malayalam. At one level it is the story of an ordinary young man in a remote village in Kerala, whose life takes a macabre turn due to a very ordinary act of his, when he crosses a line which he never thought existed.

At another level it is about a society whose every bone, sinew and nerve is increasingly getting wired to the diabolic forces of jingoism. At one point, Chakku the man with whom Kochu had a quarrel declares to the villagers at large, ‘The moola-mantra of our nation, after all, is sacrifice.’ The novel, in a way, is about the kind of sacrifices that we are readied as nercha-cocks of, and whose ritual promises of offerings we are destined to be. 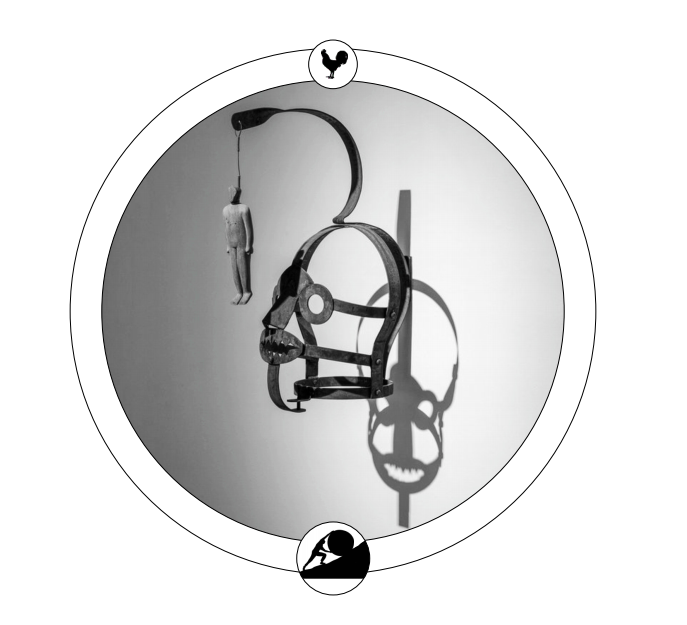 As for Kochukuttan, one can’t think of someone more normal than him: he is like any other Malayalee youth; skilled and unemployed, but eminently employable, a very amiable youngster always ready to lend a helping hand to anyone; his parents are progressive and secular and never forced him to follow any faith.

He has genial, inquisitive like any other, neighbours and friends, and a fairly wide range of contacts with people in the village.

As in any village, he knows everyone, and everyone knows him and his family history.

And like any other hardworking ambitious lower-middle-class young man in Kerala, he too is eager to make it in life by going that El Dorado of every Malayalee male’s dream, the Gulf.

He is waiting for his visa to Saudi Arabia, where he dreams of minting money and living the rest of his life without any hassles – financial, emotional or spiritual. 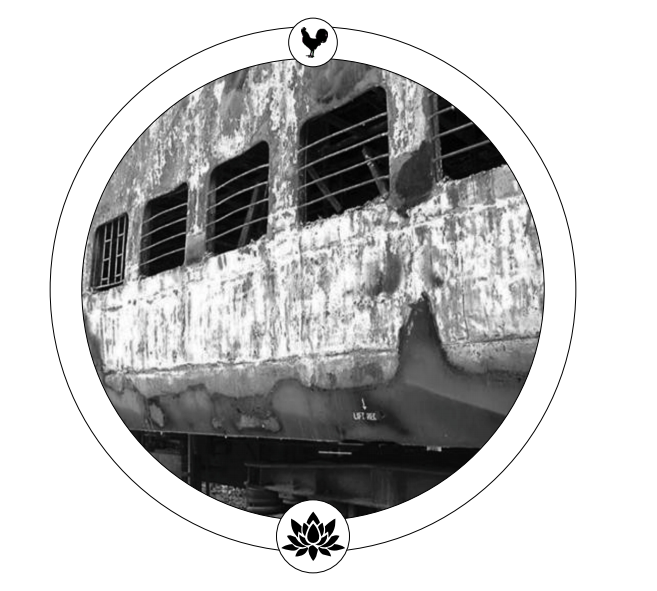 But suddenly his world is turned upside down – not by any grand or heroic act of his, nor due to any cataclysmic or tragic event –but when he makes a very casual and almost half-hearted attempt at, what would otherwise be a very ordinary everyday spat with another villager.

But this man, PK Chandrasenan Nair alias Chakku, happens to be influential enough to wreak havoc upon Kochukuttan’s life. And the only ‘crime’ that Kochukuttan committed was to show a little more concern than his fellow villagers about a helpless old woman, and to ever so casually try to probe as to why a rich man like Chakku filed a police complaint her.

This simple and spontaneous response of his triggers a series of events that spiral up and out: the original act of filing complaint against the old and deaf neighbour becomes insignificant. As the narrative unfolds through gossip, hearsay and conspiracy theories about spying and terrorism, there emerges the spectre of a cock that crows and hoots to disturb ‘peace’ in the village.

People begin to see and hear this rooster everywhere – in the temple, mosque, church, school and all over the village.

The people weave around its invisible presence and mysterious interventions, diabolic dimensions of sedition and anti-national intentions. Its piercing hoot begins to disturb prayers and patriotic gatherings, upset the communist flower offerings at their martyr pavilion and even school assemblies. By the time Kochu begins to wonder whether it was a modern folktale where all the local folk were characters, the story traps him in its wily inextricable web. 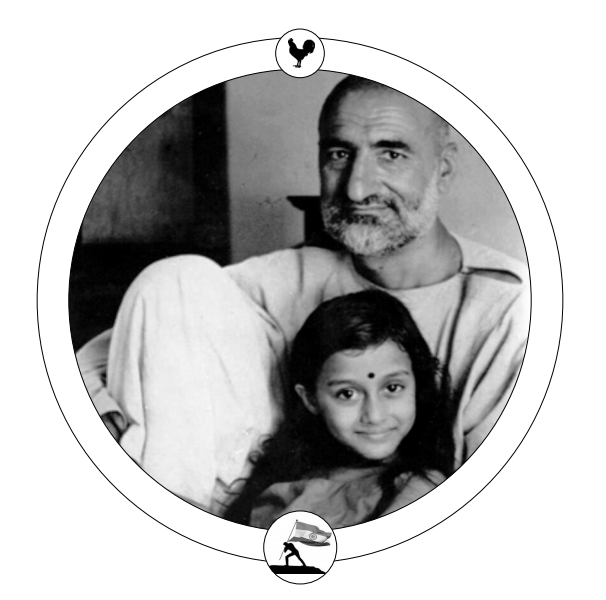 Everyone around him, even the otherwise rational men and wellwishers, begins to weave fantasies about him; there is no escaping from it for anyone as the mysterious cock goes on hooting, howling, crowing and cackling at ungodly hours and unseemly places; this fear and fantasy cuts across class, caste, creed, religious belief and political ideologies.Knowingly and unknowingly, each and every attempt of Kochukuttan to dispel the misunderstanding, and actions to convince others through argument and logic, not only fails, but give rise to more eerie speculations and collective nightmares.

In a narrative that brings to mind East European writers like Bohumil Hrabal and Ivan Klima, the series of events spread across space, mind and intellect of the village, sucking into its vortex all the people, organisations, and even the fowls in the village.

In the hunt for that elusive anti-national cock, the killing of a stray one, which happens to be an offering, is followed by the whole population of male fowls in the village being annihilated, leaving all the hens behind, who dejected and alone, decides to commit mass suicide. 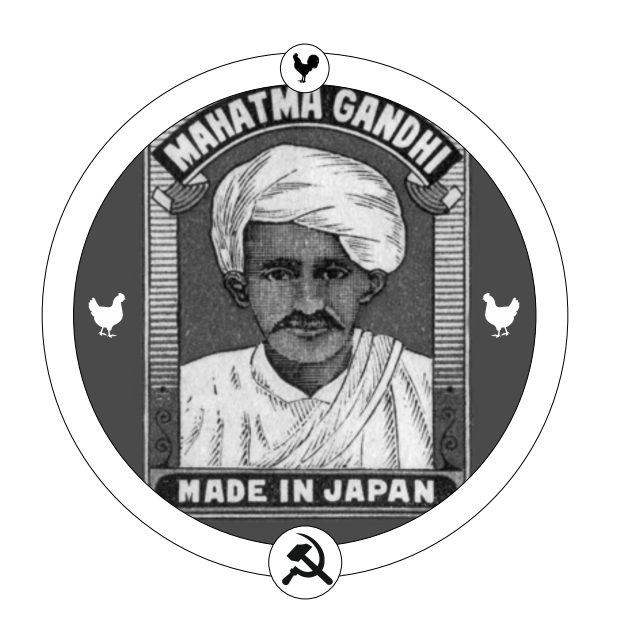 Individually and collectively multiplied through dreams and nightmares, imagination and allegations, suspicions and hearsays, the fantasy takes on a life of its own, with the people becoming its mere tools of propagation and in fact, propitiation. Every untoward thing draws from it or is attributed to it. What we see is a lie seeping into the core of society and sucking it dry from within.

There is a chilling moment in the novel when Chaakku happily announces that Kochu’s passport application has been rejected by police, and he can no longer escape. When people ask if he would escape to the jungle, he replies, ‘You know perfectly well what happens to people who disappear into the forests.’

And this is how the response of the crowd on front of him is described: “No one had a quick reply to that. Many faces rose up in the memories that sprang within each brain present there. Some people did feel uncomfortable. But they kept quiet. A sense of jubilation reared itself up lustily inside most of them, like a full-blooded man drawing himself up to his full height.”

If this weird, scary churn of events reminds us of the spiralling instances of mob violence and lynching in our present, it is not a coincidence. It is rather a very shrill hoot to wake us up from the story we are living in now. 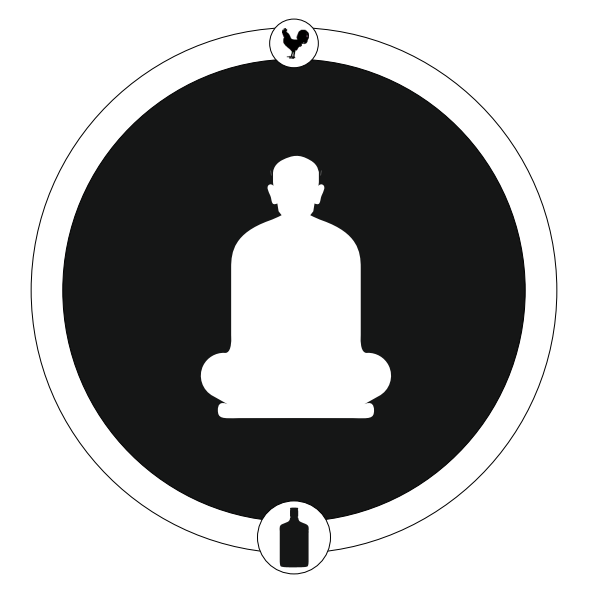 Set against the relentless rush of madness that the village is caught in is a web of stories and incidents that throw up certain forgotten legacies and memories: the story of Naniamma’s real name that draws from that of the brave woman who helped Bhagat Singh escape the British police, the story of Vaasu the low-born who uprooted a palm as tall as two men, his wife  Cheetheyi and their two educated daughters who flings back the leftover food that the Brahmin family offered to their mother, who was their servant earlier, that of Anthonias, the Satan-worshipper who cut down the church bell and hung a cow’s bleeding innards in its place etc.

The final elopement of Rosamma and Sindhu becomes the most recent addition to the village legend.

Also read: Kerala Gets Its Own Perumal Murugan, Thanks (Again) to the Sangh Parivar

What is scary is that this collective frenzy of violence and massive festival of intolerance, wells up spontaneously without any extra effort on anyone’s part. Kochukuttan’s story (rather the story about Kochukuttan) gathers moss and momentum as it rolls down the dark abyss of the village, accumulating its own perverted logic, wily justifications and diabolic consensus, and instantaneously germinating the seeds and sprouts of fascism in each one of us. As Chaakku warns the people: “That rooster is still crowing. Full of sarcasm. If you strain your ears, you can hear it.’’

Devika’s translation has an ease and flow that blends local nuances and words, addresses and idioms, into its fabric effortlessly. Riyas Komu’s design which punctuates the text with very evocative and nuanced visual references at the beginning of each chapter, functions as a visual weave to the text with visual references using matchbox pictures, photographs, stencils, historic figures, national symbols and images, that are iconic and everyday, metaphoric and historic, at the same time very much in tune with the surreal tenor, raucous pace and bawdy tone of the text.

C.S. Venkiteswaran, is a film/media critic, curator and translator living in Thiruvananthapuram.