Shyamika Jayasundara-Smits has written the most complete political biography of post-colonial Sri Lanka, located in the background of two inevitable and very long shadows: hegemony-building and state-building. 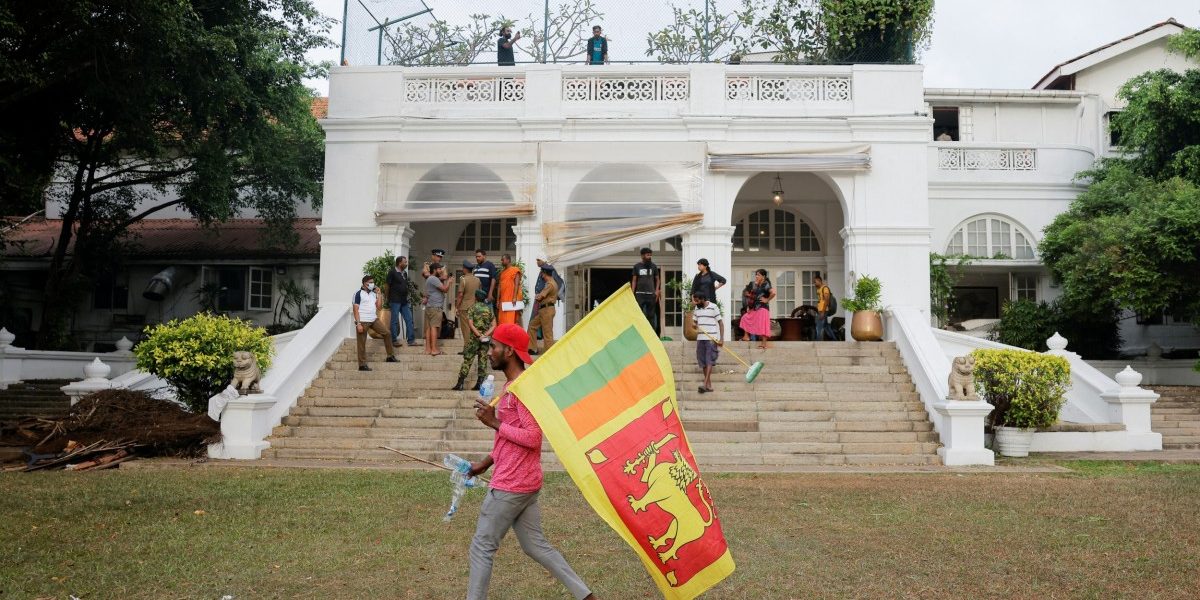 A demonstrator walks in the garden at the Prime Minister's residence on the following day after demonstrators entered the building, amid the country's economic crisis, in Colombo, Sri Lanka July 10, 2022. Photo: Reuters/Dinuka Liyanawatte

I began to read Shyamika Jayasundara-Smits’ book, An Uneasy Hegemony: Politics of State-building and Struggles for Justice in Sri Lanka, in the midst of the country’s present crisis – after spending nearly one month in Colombo, taking part in anti-government agitations and experiencing first hand some of the quotidian hardships like most other citizens, and then returning to Delhi, thereby experiencing an immediate physical distancing from what was unravelling on the ground in Lanka.

The duality of this experience and its discomforting proximity allowed for a more reflective and cautious reading of her very long book than otherwise would have been possible. My immediate sense was that Jayasundara-Smits has written what I consider an ‘impossible’ book to write. That is, to write what might well be the most complete political biography of post-colonial Sri Lanka located in the background of two inevitable and very long shadows: hegemony-building and state-building. I said ‘impossible’ because to draw such a broad and overarching canvas of a nation’s political life as the author has done, is not the kind of intellectual effort most scholars would attempt in contemporary times. 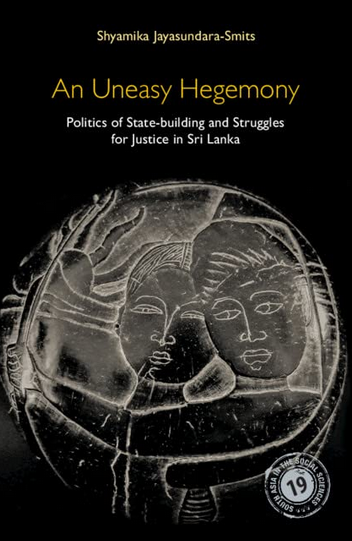 If someone wants a single and comprehensive politico-historical background to understand Lanka’s present political crisis, my sense is Jayasundara-Smits’ book is perhaps the only source available at present. One of the most intellectually distressing things I saw in Lanka even amidst the unfolding crisis and the incessant popular and supposedly academic debates surrounding it is the inability of many scholars in the public domain to see the crisis for what it is, without allowing their political affiliations and ideological predispositions to cloud their judgments.

I was intrigued to see the author commenting on this dilemma early in her book when she noted, “… many scholars are either unable or unwilling to let go of their political background, and embrace identity politics as if it were part of their professional and civic responsibility as citizens…” (p. 2). Though the author does not elaborate on this astute observation, which is a considerable intellectual and political burden for the country, in real terms her work is an attempt to transcend this unenviable situation in the work of scholarship, and to do so self-consciously.

What she has attempted in the book at the most fundamental level is to offer a broad socio-historical and political understanding of state-building in Sri Lanka while making the central claim that this process has simultaneously also been an effort to establish a hegemony of the right as well. In this effort, Jayasundara-Smits very deliberately moves away from the consistent overemphasis on ethnicity, religion and conflict in understanding Sri Lankan politics and state formation that has occupied much of the post-1970s scholarly efforts on Lanka.

In effect, she has ‘rescued’ Sri Lankan scholarship from the lens of ethnicisation that has been difficult to dislodge – by pointing out there are other more comprehensive and layered ways to comprehend the country’s post-colonial politics. Into this space, she has ushered in a long-term concentration on class and patronage politics, and through these vantage points, offers a more reflective look at Sinhala-Buddhist identity politics over time.

She notes at the very outset, “by not adopting ethnic conflict and violence as my primary frame of investigation, I make a consistent effort to paint a bigger picture and tell a longer and more complex story of how Sri Lanka came to be what it is today” (p. 3). She maintains this approach throughout the book. And she proceeds to paint this larger picture through considerable detail, and that too with the nuances available only to a well-connected, well-trained, and reflective ‘insider’.

Also read: Review | History Flows for All: The War and Its Aftermath in Sri Lanka

In addition to the introduction, the main contribution of the book towards engaging with its broader theme comes from chapter 3 which discusses the politics ‘From Nationalism to Ethnic Supremacy’; chapter 4 which presents a clear cartography of  ‘Political Patronage: Underbelly of Everyday Politics’; chapter 5 that looks into ‘State Institutions and Patronage Politics’; chapter 6 that paints a detailed picture of  ‘War and Peace as Politics by other Means’ and chapter 7 attempts to answer the question, ‘What Came after War?’

Chapters 4 and 5 together offer a fairly complete trajectory to explain how Lanka’s ‘model’ democracy at the time of independence began to unravel to create what it has become today – a dismantled democracy and a case study of political and economic mismanagement. This occurred through a consistent process of patronage politics that ended up politicising state institutions and practices in the service of political parties in power as opposed to the service of the state in the interest of citizenship (p. 113-222). But this was also a process that was often welcomed and even expected by the polity itself as these practices offered jobs to political supporters that have now ensured the country’s public sector is not only over-staffed, ethicised and politicised, but also essentially inefficient.

Chapters 6 and 7 offer an important reading of the Sri Lankan civil war and its aftermath that presents multiple and unpleasant realities camouflaged by Lanka’s official triumphalist post-war rhetoric often accepted without contradiction by the public in the south as well as many mainstream writers (p. 223-303). These chapters take the readers through the trajectory of military-led Sinhala-Buddhist triumphalism in the immediate pre-war and post-war periods, particularly under the regimes of the Rajapaksas, and the steady militarisation of society and the entrenchment of authoritarian politics.

Collectively, the strength in the chapters referred to above in terms of the cartography of politics and history they offer and the analytical possibilities they allow for, comes not only from Jayasundara-Smits’ grasp of relevant material including popular local sources, but also from her decision to speak in detail with people ‘in the know’. Methodologically, what has added much of the nuance in her work comes from these detailed interviews, and makes the author’s presence within the pages she has written obvious.

I have only one criticism of the book. That is, the book could have been more creatively and thoughtfully structured without compromising its main contribution. In the present form, it still reads like a dissertation to some extent, mostly due to lapses in editing out sections that could have been easily done. In the same vein, the second chapter and the afterword could have been done without, as in their absence too, the book’s strength could easily have been maintained.

It is particularly chapter 2 with its consistent references to her dissertation, supervisors etc. that gives the book a dissertation-like persona. Much of the information in it could have been presented elsewhere in the book, in footnotes and in acknowledgements. The slim afterword is also unnecessary given the fact that the ongoing collapse of the Lankan economy and the unravelling of its politics are an effective afterword to this book.  I see these avoidable lapses as the jitters associated with writing one’s ‘first’ book, which many of us have gone through. I still recall the difficulty I personally had in editing out things I had so passionately written down in my early writing irrespective of the reviewers’ suggestions.

Beyond this, my sense is that Jayasundara-Smits has missed an important opportunity as well.  That is, given the vast and important canvas on Sri Lankan state formation and post-colonial politics she has presented, the same canvas could have been used as a springboard for theorising this material by asking why Lanka has gone this way, and if this structure of events can explain state formation and its ruptures elsewhere in South Asia or beyond? Perhaps that can be her next project.

Finally, beyond and despite these dissenting notes, Jayasundara-Smits’ book is an important contribution to Lankan studies, and that too presented with considerable detail in a very readable fashion at a time many academic tracts tend to end up decidedly dis-communicative.

Sasanka Perera is a professor of Sociology and Dean of Social Sciences at South Asian University, New Delhi.