Tripurdaman Singh explores how the framers, who entrenched within the Constitution a robust set of fundamental rights, were motivated by realpolitik to subvert those very guarantees months later. 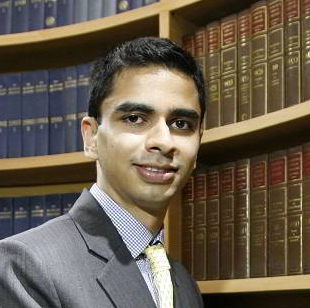 The Indian Constitution is a document amended frequently. It has been amended over a hundred times in the seven decades since it has been in force. Statistically, this means that amendment of the constitution is at the very minimum an annual event. However, Sixteen Stormy Days – by Cambridge-educated historian Tripurdaman Singh – reminds us that some amendments are more significant than others. And few are as significant as the very first amendment to the Constitution – conceptualised, debated and enacted in a matter of weeks in 1951.

The first amendment to the Constitution is peculiar and distinctive. It was enacted just sixteen months after the constitution came into force, by the provisional parliament – a unicameral legislative body that succeeded, and had broadly the same composition as, the Constituent Assembly. The inaugural general elections were only scheduled for the winter of 1951.

The government of the day decided that it could not wait for the elections to take place, allowing a bicameral parliament with more robust democratic credentials to determine whether and how to amend the Constitution. Judgments of the Supreme Court and high courts were stifling the government’s reform agenda, and the response had to be immediate and decisive. An intellectual justification was developed to compensate for the absence of a democratic justification – that the provisional parliament understood the Constitution better than the courts, and the “same brains” that made the Constitution were now amending it.

Also read: How the Judiciary Defied the Government to Uphold Constitutional Values During the Emergency 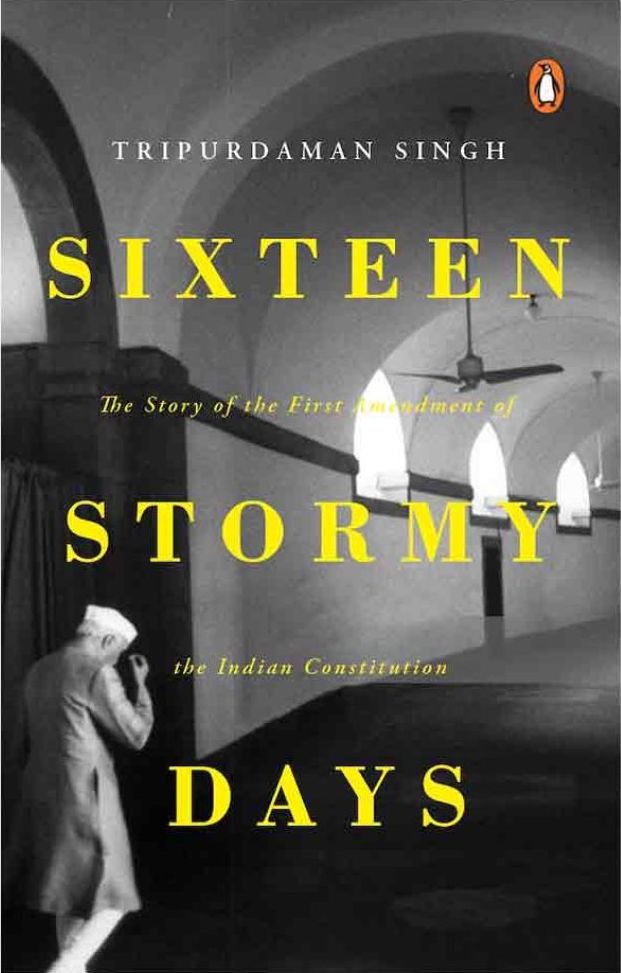 Tripurdaman Singh
Sixteen Stormy Days: The Story of the First Amendment of the Constitution of India
Vintage Books, February 2020

Relying on news reports and other contemporaneous evidence, Sixteen Stormy Days provides a blow-by-blow account of the developments leading up to the enactment of the first amendment. The amendment was broadly directed towards three avenues. First, protecting and validating zamindari abolition legislation, which courts across the country had begun to strike down on the basis that it violated fundamental rights (such as the right to property and the right to equality).

Second, extending the government’s authority to control the narrative by imposing restrictions on the freedom of speech and expression. Third, validating reservations in education and public employment, which the courts had struck down on the basis that they violated fundamental rights prohibiting discrimination on the basis of religion, race and caste.

Three claims underpinning the book are especially interesting. The book describes in vivid detail how the framers of our constitution, who entrenched within the constitution a robust set of fundamental rights, were motivated by realpolitik to subvert those very guarantees in the months after the constitution was enacted. If this was true of the first amendment, you might also consider whether that logic extends to the making of the constitution itself.

While this characterisation is tempting, it is also worth bearing in mind that interpreting a constitution is a value-laden exercise. The same constitutional provision can be interpreted in manifold ways, making the question of “who” is doing the interpreting more significant than we might initially anticipate. This is especially true of fundamental rights provisions, which are deliberately drafted in abstract terms, to enable them to be interpreted when they are applied in practice.

Watch | ‘India’s Constitution Has Moulded People, That’s Why They Are Challenging Modi’

Finally, on a related note, the author describes the Constitution after the first amendment as a “new Constitution” compared to the constitution that was originally adopted on November 26, 1949. That a constitution’s own amending provisions can formally be deployed to transform the identity of the constitution is beyond contestation.

In fact, that is the principle underlying the “basic structure” doctrine articulated by the Supreme Court in the Kesavananda case. This circles us back to the same question – was parliament simply clarifying how the constitution ought to have been interpreted in the first place, or was it amending inconvenient constitutional guarantees in profound ways? Which of these characterisations is appropriate to the first amendment is, as Sixteen Stormy Days so admirably demonstrates, a matter that legal scholars and historians will debate for years to come.

Chintan Chandrachud is the author of The Cases that India Forgot and Balanced Constitutionalism: Courts and Legislatures in India and the United Kingdom.