Based on a real incident in Bihar, 'Saeeda kay Ghar' is about communal violence and its aftermath – but it is neither sentimental, nor declamatory. 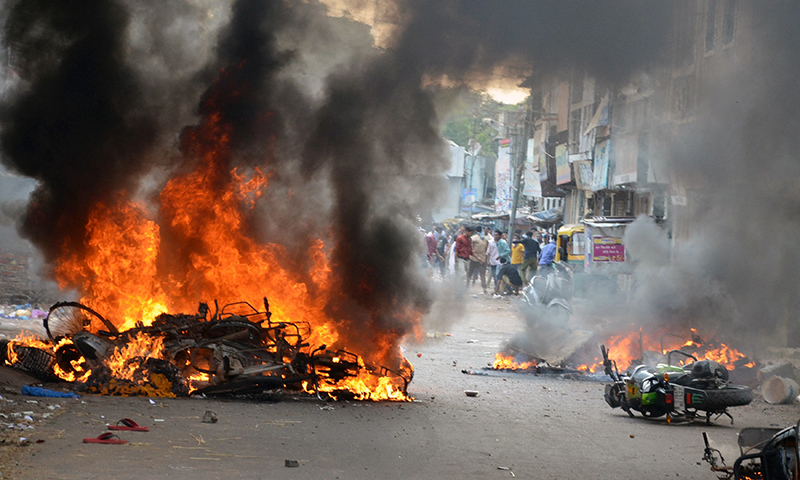 In the writing of committed poetry, the initiating creative impulse invariably remains the moment when the poet feels impelled by an event – even an accident – to express her sincere concerns about what lies concealed under the manifest reality. An authentic poet always articulates that which the society wishes to suppress, calling out the veil and the mask for what they are, and naming the demons and the monsters, within us and without, that hold our rationality and humanity in thrall. 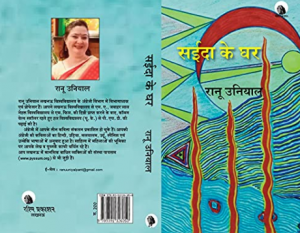 In doing so, the poet always exercises her moral responsibility towards society, also thereby fulfilling the sacred duty towards her artistic self and vocation.

In her recent Hindi poetry collection Saeeda kay Ghar, Ranu Uniyal writes with an instinctive awareness of this sacredness of her calling. The title poem, foregrounded by being placed as the first poem in her collection, is a testament to her sensitive and intrepid mind, for by choosing to speak in it about the brutality and insidiousness of communalism in the all too difficult contemporary times, she assumes the moral responsibility of her vocation.

The poem is about communal violence and its aftermath – but it is neither sentimental, nor declamatory. The speaker in the poem recounts her friendship with Saeeda, her visits to her house, and the savouries she enjoys there:

(In Saeeda’s home – rotis cooked in oven,
I’d eat every day, with onion and roasted potatoes.)

It is a world of serene simplicity and humble living, unhurried and uncomplicated, and hence idyllic and endearing. However, the beast of communalism lurks not far away, and when it moves in it preys on Saeeda’s father. The world of Saeeda’s family is shattered beyond repair as they are compelled by their changed situation to leave the city. The return to their village under trying and coercive circumstances symbolises in the poem not only the opportunities of self-advancement that Saeeda will be deprived of but the failure of the modern society to guarantee that to her.

Also read: Review: ‘The Muslim Vanishes’ Is a Universal Plea for Empathy in Times of Apathy

The poem is based on a real incident in Bihar, about which Ranu Uniyal had read in the press. This is a remarkable fact, for as a poet and person Uniyal’s identification with the victim and her empathy towards the victim’s plight – more so as she is named Saeeda – are crucial for understanding the evilness, immorality, and cruelty of the insensitivity of the society towards the suffering of others, whatever their caste, creed, and religion. Consider now the following stunning lines:

(Then one day the noise from the bazaar reached Saeeda’s home.
And the storm of a mob stabbed
With a knife Saeeda’s father.
Saeeda’s mother kept crying, kept screaming –
And Saeeda lost in silence kept watching – all that.
And we all, I, mother, Baba Gullu, all of us – silent.
Locked in our coops,
We all kept hearing the shouting of the mob,
And kept hearing Saeeda’s mother screaming.)

Every such incident confronts us with ‘the banalisation of evil’ in our everyday life, and brings about our inevitable transformation into insensate evil monsters. It is imperative for us to forget all victims of rioting and communalism for they can remind us of our cowardice and imperil our moral complacency. We become cooped in complicit silence, as Uniyal suggests in the above lines, since we make a conscious choice to turn a blind eye to the suffering of the others – knowing all too well that the others comprise an ideologically and instrumentally constructed Other.

Uniyal writes poetry mainly in English, and has published three collections of poetry, Across the Divide (2006), December Poems (2012), and The Day We Went Strawberry Picking in Scarborough (2018). She is currently professor at the University of Lucknow’s Department of English and Modern European Languages. Hence her poetic sensibility is moulded of Western and Eastern influences, that in turn endows her Hindi poems with an inimitable style and urbane expression.

As an intellectual-artist, Uniyal depicts in her poem ‘Buddhijeevi’ – a contemporary phenomenon whereby intellectuals have forgotten the sacred duty of their calling. We know that intellectuals have a crucial role to play in society, not only by highlighting the problems of society and by giving voice to the underprivileged and the marginalised, but by keeping the flame of truth ever burning.

Also read: Nandini Sen’s Book Is a Captivating Collection of 11 Tales, With an Element of Suspense

These are not easy tasks to perform and require high standards of morality and integrity. To be an intellectual in its real sense requires the saintly qualities of self-abnegation, freedom from all traces of bias, sincerity, and the selfless use of knowledge and wisdom. However, if one takes on the mantle of being an intellectual for self-aggrandisement, as a means to advance self-interests, and to advance regressive ideologies, we get what Uniyal depicts in her poem ‘Buddhijeevi’.

In the poem, the intellectuals are at each other’s throats, concerned less with truth than with scoring points against each other.

‘Buddhijeevi’ is striking in its starkness, which adds to its strong impact and enduring impression. Intellectuals are compared in each stanza of the poem respectively to eagles, crows, and vultures. In this comparison itself, the poet’s disgust comes through as it becomes obvious that modern intellectuals have abdicated their responsibility to raise their voice against injustices of society and oppression. The poem ends with these lines:

(Some [intellectuals] will turn into vultures,
And pluck out each other’s wings)

This last stanza expresses the poet’s utter disgust as she sees that contemporary intellectuals are transformed into vultures feeding on each other. This is a devastating indictment since real vultures do no cannibalise, but the metaphorical ones as depicted in the poem revel in preying on each other’s mind and soul.

Uniyal’s poems of personal relationship about her parents are remarkably poignant and touching, memorialising moments of intense emotional bonding and connectedness. Poems like ‘Maa’, ‘Papa’, and ‘Maa tum ho to’ are memorable and linger in mind long after being read.

Writing poetry essentially in English tradition, Uniyal instinctively employs irony and understatement, characteristics that infuse her Hindi poetry with modern angst. Her poems are written in chaste and lyrical Hindustani, a fusion nonpareil of Hindi and Urdu words that endow her poetry’s diction, tone, and texture with rare qualities of cultural elegance and refinement that are associated with Lucknow’s cultural ambience. This will certainly be acknowledged as her contribution to Hindi poetry.

In many of her poems in Saeeda kay Ghar, Uniyal expresses a deeply felt resentment against the insensitivities and the regress into barbarism she witnesses around her, but essentially she remains a chronicler of everyday life’s elegiac moments that sadden yet deepen our understanding of human suffering and existence.

Shikoh Mohsin Mirza teaches English at the University of Lucknow, Lucknow. His recent short story, The Portrait, can be read in the April 2021 issue of The Punch Magazine, USA.