Book Review: Mixing Mediums to Bring Syria to the World

'A Song for Syria' edited by Sreemanti Sengupta bestows on the readers a three-dimensional familiarity with the fierce Syrian universe. 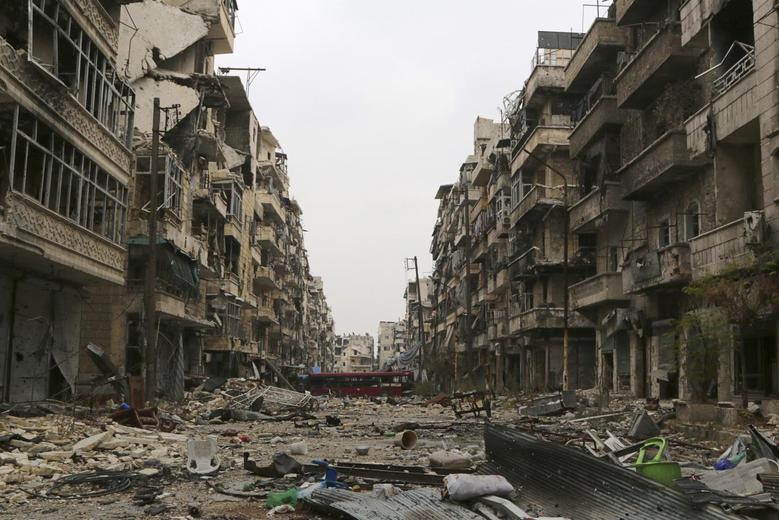 A bus blocks a road amid damage on the Salah Al-Din neighbourhood frontline in Aleppo, December 6, 2014. Photo: Reuters/Mahmoud Hebbo

A Song for Syria is an anthology of poems, art, fiction and interviews strung together by editor Sreemanti Sengupta. It is a work of collaboration with Syrian artists and voices that survived and rose above the din of shelling and the echoing sound of bullets.

Much has been written on the political resistance and a decade of pro-democracy demonstrations popularly known as Arab Spring that enveloped the Arab World including Syria. About how small acts of defiance and protests morphed into a full-scale civil war and how their failures only escalated oppression and instability further. But this book is not about that. It is more about the creative resistance of the people of Syria. Something as scary as a decade-long massacre, facing physical and cultural erasure, can only be endured through human resolve aided by an outburst of creativity. This book captures a part of that outburst.

The structure of the book with the prose, poems, short stories, interviews thrown in one after another might seem whimsical initially, but as you reach the end and glean through the biographies of the contributors it all makes sense. The editor intends to bestow on the readers a three-dimensional familiarity with the fierce Syrian universe.

The poems translated from Arabic to English weave a tale of raw emotions. The messy process of healing finds a safe asylum in striking metaphors and crafty use of the device of personification. Hussam Eddin Mohammad’s The Soldier’s Last Supper is a chilling account of how the Syrian armed rebellion has turned brothers into enemies. Hamed Abboud’s I Want to Drive a Tank illustrates how war has been so thoroughly normalised in Syria that military tanks are compared to swanky convertibles. 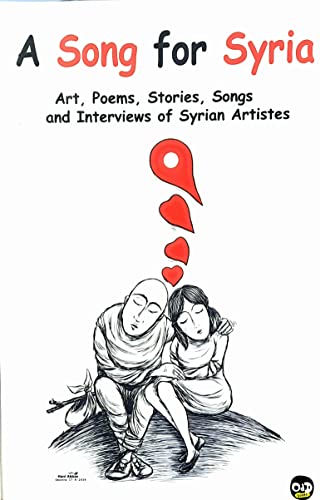 Among the short stories, Mustafa Taj Aldeen Almusa’s Seven Months with the Witch Who Had the Broom is both heart-breaking and thrilling, two adjectives that I thought I could never use side by side. It is about a young man struck by a permanent nightmare before he even learns to dream properly. Sanaa Aoun’s Formatting confirms the futility of saving friends’ phone numbers, as most Syrians have either left the country or have gone missing. The war has reduced Syrians to mere faceless numbers.

The interviews are hard-hitting. Beyond the trappings of formal journalism that at times doesn’t allow the real voices to seep out, and unintentionally objectifies and commodifies war-related suffering, the interviews successfully establish the universality of human pain. Documentary maker Saeed Al-Batal discusses why he “decided that life had become extraordinary and the camera must keep recording”. He declares how art saved him personally from insanity. Writer Yousef Wakkas has a problem with labelling the ongoing war in Syria as a civil war. “It is a war between the people struggling for freedom and a regime that turned the country into its fiefdom,” he insists. Rap musician Mohammad Abu Hajer discusses what “being uprooted does to the human psyche”.

Going back a decade, one would remember that it was the trouble over wall writings against the Syrian regime in the city of Dara’a, a quiet and nondescript border town, that lit the fuse of the revolts in Syria. In a strong-worded essay, Haleem Kawa states how graffiti drawings mushroomed everywhere, like a carpet of “exhibition spread across the country” to showcase to the world the indomitable audacity of the Syrians to hope for peace despite being continuously under siege.

Graffiti artist Abu Malek Al-Shami’s murals cropped up across the ruined suburb of Daryya. One of his street art pieces depicting a young girl writing ‘Hope’ as she stood on a pile of skulls attracted the attention of the entire world to the crimes and human rights violations in Syria. It soundly demonstrated how crucial art is in making a political and social statement. The book carries such striking graffiti art that succeeds in showing what written words couldn’t, that both grief and love are too big for words sometimes.

This little hundred-page book packs a punch. It whets the appetite of the readers to learn more about the war-ravaged country of Syria as well as the contributing artists, now strewn across the world. It could have started and ended as a soppy read but it manages to bring more to the table. The editor has wisely arranged the chapters with works of authors and artists shrouded under the veil of anonymity and pseudonyms, incarcerated or in exile, who uniquely create emotionally searing portraits of human suffering. What makes them stand out is not only their regional and cultural uniqueness but also how they carefully pick through the ruins of all that is lost, for hints of resurrection. In doing so they succeed in not only rescuing the remaining tendrils of tenderness in Syria but also in transforming them into voices of hope and beauty.

Readers interested in learning more about resistance literature and art, excited about the sharp and peculiar edges of the language of protest would find the book an eye-opener, a quick, intense window into the troubled world of Syrian artists whose souls are tethered to their battered, dilapidated country, whether or not they could maintain a physical presence there.

Sreya Sarkar is a public policy analyst based out of Sudbury, Massachusetts, who has previously worked as a poverty alleviation specialist in US think tanks. She is a keen observer of Indian politics and the Indian American diaspora and presently writes non-fiction articles and op-eds for Indian and American news magazines like The Quint and American Kahani. She also occasionally writes book reviews for special books that capture her imagination.