From Jan Breman, a Treasure Trove of Essential Analysis on Labour, Bondage and Capitalism

Breman's central finding about the close coexistence of capitalism and labour bondage contains remarkable nuggets of hope for transcendence.

'But while debt bondage may have died in its earlier form, it has reappeared in a new form, becoming a major feature in the mobilisation of migrant workers.' Photo: Well-Bred Kannan/Flickr (CC BY-NC-ND 2.0)

For more than half a century, Jan Breman has diligently, insightfully and creatively studied the life of labour in India, and specifically in Gujarat.

His searing descriptions and acute analyses based on painstaking fieldwork and a broad but clear theoretical framework have informed our understanding of the conditions of rural – and urban – labour over decades. His work has not only enriched our comprehension of existing concepts like labour bondage and circular migration, but have given rise to new ones, such as perceiving labourers as “hunters and gatherers of work”, who access whatever jobs are available, at whatever wages and in whatever conditions, for the sheer necessity of survival.

Now this wealth of analyses has been brought together in one volume which distils Breman’s contributions on the changing (and also all too unchanging) patterns of work and exploitation and places them in the large political economy of Indian development.

For those who may not have been exposed to his prolific and important work before, this book is at once a fascinating introduction and a comprehensive summary. But even for those familiar with his work, who have been using his insights in their own analysis over the years (like myself) there are many new angles and points to note that make this volume extremely valuable.

The different forms of freedom and unfreedom of labour, and how these are manifested over changing economic and social conditions and through changes in government policies, are at the heart of Breman’s work. He shows how there have been and remain various grades of labour bondage, along a continuum from mild to harsh terms, from temporary to life-long servitude.

And the relationship of the political leadership to such bondage has shifted along a continuum from acceptance to attempted revision, even if half-hearted.

In its traditional form, halipratha in south Gujarat was marked by both exploitation and patronage, as such labour received some subsistence rations even when they were not able to work because of illness or old age, or simply because agricultural labour was not required on some days. The point is:

“The landowner was willing to make up the livelihood deficit of the landless on the conditions that the subordinates would acquiesce in their conditions of servitude. Exploitation was conditioned by patronage, and vice versa.” (page 66)

The analogies with slavery in this description are strong, including the hereditary tendencies and with reference to what happened to those halis who fled and/or sought to resist in other ways. But while this was the reality, “in the judicial-bureaucratic language of colonial rule the hali was no longer portrayed as a slave or agrestic serf. He was dealt with and also codified as a workman who had been free but chose to contract himself in bondage.” (page 71) This effectively made working under duress an accepted practice under colonial law.

The growing commercialisation and monetisation of the agrarian economy changed this to some extent – but for the worse.

“The patronage features disappeared and what had been a comprehensive relationship of clientelism eroded to a new type of bondage with no other dimension than the maximisation of labour utility to increase monetary profits by reducing labour costs as much as possible.” (page 77)

So the bondage system did not disappear, but became even more exploitative, with even less concern for the conditions of such workers.

The national movement – and the newly independent Indian government of the mid-20th century – unfortunately proved over time to be equally susceptible to the supposed economic requirements of landlordism in terms of controlling their labour. 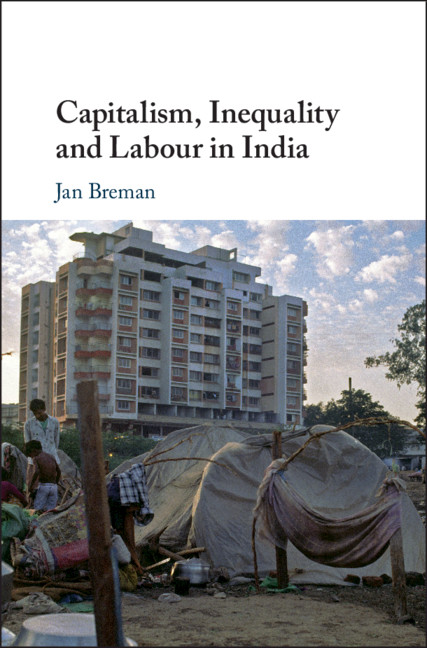 Breman describes how leaders like Gandhi and Patel were appalled by the conditions of bonded tribal workers, and even forced to the demands for tenancy reform and abolition of bondage made by the Kisan Sabha in the 1930s, but the agreement to end the halipratha was niggardly in the extreme (debt cancellation after twelve years of service, a very low daily wage) and even this was not enacted because the employers were unwilling.

While Gandhi simultaneously “criticised landowners for their stinginess and urged the landless to live within their means”, Patel “berated the underclass for lacking the drive to change their uncivilised way of life”. (page 4)

Perhaps unsurprisingly, thereafter, the various attempts of both state and national governments to phase out or abolish debt bondage were both limited and ineffective. Breman is equally scathing about attempts to mobilise halpatis from above, such as the Halpati Seva Sangh from the early 1960s, of whom he says they are “identified with the government officials and scornfully called chamchas (lackeys) of the high castes.”(page 140)

He believes, nonetheless, that the situation is ripe for an explosion; and therefore finds the growing impatience of social workers inside and outside the HSS promising.

The changes by the 1990s and thereafter may have been more significant, in this both the change in cropping pattern (towards cotton and other cash crops) and the greater significance of migration have played roles. Such migration – dominantly short term and circular, rarely permanent into cities – was in some ways a result of the decline in the patronage earlier associated with halipratha that denied workers their basic subsistence when they were not employed.

The absence of other productive employment opportunities was obviously crucial in forcing these moves, but meanwhile the traditional relationships “fell apart”. Halpatis are no longer subject to that particular bondage relationship, but they do not really feel that they have been emancipated – they continue to be exploited but are nevertheless excluded, kept at arms’ length in social relations that are characterised by much greater class animosity.

But while debt bondage may have died in its earlier form, it has reappeared in a new form, becoming a major feature in the mobilisation of migrant workers.

“Receiving a monetary advance at a low point of the agrarian cycle, they contract themselves for employment under duress in an agreement that forces them to leave home at the command of a jobber.” (page 183).

These are labourers who are now simultaneously commodified and bonded, supposedly free and actually unfree, whether working in brick kilns or in sugarcane harvesting or construction. Associated with that are many other features of neo-bondage, such as irregular wage payments, forced contracts with opaque wages, terrible conditions of work, and so on.

Workers end up “choosing” this because of the imperative of survival, and the meagre security offered by at least some assurance of employment, however terrible the conditions.

This, in turn, helps to understand the question of why employers would prefer labour bondage in situations of excess labour supply. There are obviously costs for the employer associated with contracting and tying down a workforce in such ways. But these are more than compensated  for by various labour practices such as “extending the day shift into night, working on piece and not time rate, involving the worker’s wife and children in the labour process as unpaid helpers, putting up with industrial hazards and risk of injury, haphazard and stalled payment, docking of wages earned”, etc. (page 241)

Significantly, these relations effectively inhibit the possibility of collective bargaining by workers.

The conclusion is remarkably thoughtful, summarising the systemic issues and taking up new ones like the emergence of consumerism, the changing nature of the social question and new kinds of assertiveness even among the dispossessed poor. Breman’s central finding about the close coexistence of capitalism and labour bondage in India is depressing indeed, but within his discussion there are nuggets of hope for a double transcendence.