Comparing Race to Caste Is an Interesting Idea, But There Are Crucial Differences Between Both

Isabel Wilkerson's book 'Caste: The Origins of Our Discontents' uses anecdotes and allegory to advance her thesis, which however does not stand on a strong structural foundation. 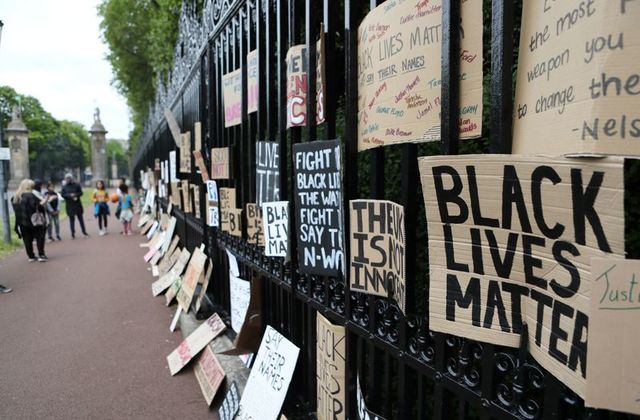 In my early twenties, I was a graduate student working on my doctorate at an obscure but prestigious department at the University of Chicago called The Committee on Social Thought. The programme required all students to read a small list of ‘Great Books’, usually 12 or 13, which we called the ‘Fundamentals’ and our course work was intended to help us master the right way to read these books.

According to our teachers, that way was to read the books in as close to the original as possible (even if in translation) and to avoid (at all costs) the vast secondary literature of commentary, criticism and interpretation which surrounded them. We thus confronted Plato and Augustine, Machiavelli and Marx, Shakespeare and Tolstoy, all in the raw, without any friendly secondary assistance.

This method is what I adopted when I read Isabel Wilkerson’s Caste: The Origins of Our Discontents, without wading through the luxuriant forest of reviews of it that have already appeared, several by writers I know and admire. Accompanied by Oprah Winfrey’s hailing of this book as a work for the centuries, the nomination of Kamala Harris as running mate to Joseph Biden, as well as the renewed rage about race and racism sparked by the Black Lives Matter movement, Wilkerson’s book was pre-sold as a bestseller. 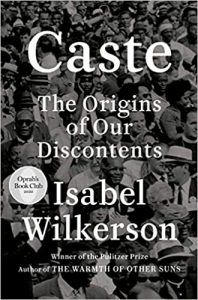 Caste: The Origins of Our Discontents
Isabelle Wilkerson
Penguin, August 2020

So, let me say right away that reading it was a strange experience. From the very first few pages, which describe the deadly effect of a heatwave on a nomadic population in Siberia, I sensed I was in a genre I knew but did not quite recognise.

As I read on, through a series of allegories about climate, animals, and epic battles between mythic groups, as well as of metaphors about houses, foundations, roofs, sills, and more, I gradually realised that I was experiencing a pedagogic genre of writing. This book is about big, bad things like race, caste, cruelty and torture presented as a series of modern epics. Wilkerson’s book is a guide to race and racial brutality in the US, told through the allegory of caste, the latter viewed as the skeleton under the flesh of black-white relationships in the 400-year history of what became the US. Its primary audience seems to be the mass liberal reading public of the US.

Once I understood the genre, I had no trouble understanding why every chapter, often every page, contained facts, anecdotes, reports and examples with which many of us are already familiar. This is not a book which claims to be based on original research. It is a polemical and pedagogical work, the single-minded aim of which is to show that what we mistakenly think of as race in the history of the US is, in fact, better thought of as caste, an underlying code, programme, skeleton, or structure which accounts for racist behaviour and institutions, which are simply its primary instrument and expression.

The place which exemplifies caste is India, and Wilkerson succeeds in marshalling many descriptive and analytic verities about caste in India that we have heard for a century: its rigidity, its fixity, its tyranny, its permanence, and the quasi-religious foundations which define both its foundation and its reach over daily life.

I cannot resist the temptation to criticise Wilkerson’s book from the vantage point of a specialist in the anthropology of India, who has spent the better part of four decades poring over hundreds of books and essays about caste. That might seem both too easy and somehow beside the point for a book in which caste is mostly a device to offer a new picture of the racialised world of the US.

Yet, it is important to point out a few differences which make a difference, between caste and race. Caste crystallised over several millennia of Indian history, primarily as a cosmology which allowed pastoral and agricultural colonisers from the Northwest of the subcontinent to gradually colonise thousands of groups and communities who were previously not organised into castes. The new framework allowed many locally dominant groups to organise their local subordinates into a system which conflated rank, occupation and purity into a single status system. This is very different from the creation of whiteness as a category of domination in the context of the colonial and later independent US.

Then, there is the matter of purity and pollution, also discussed by Wilkerson, which many of us see as the driving source of caste ideology in India, whereas in the US, the polluting status of black Americans is an effect of racialised ranking and not a cause. Also, the Indian caste system is geared to an infinity of caste ranks, and many Indian villages have 30 or more hierarchically ranked castes (jatis), all keenly aware of who is above them and who is below.

Finally, while the top of the Indian caste system, usually composed of Brahmins, is permanent, closed and unquestionable, the bottom, which is certainly defined by Dalits (Untouchables) is strangely porous, since every Indian caste, including the lowest, has someone or some group, usually in a neighbouring village, who performs polluting services (like cremation, scavenging and hair-cutting) for them, and is therefore lower than they are. In short, no group in India, however low, lacks a group beneath them that lets them feel purer. This is very different from the exclusionary logic of race, which is binary (black versus white) and lacks any cosmological basis for one black person to feel racially superior to another black.

For these reasons, mobility at every level has been part of the history of caste in India, (contra the myth of its rigidity) and here the semiotics of pigment in American race relations is a massive obstacle to such mobility, actual or aspirational. Even in the past 50 years in India, the entry of Dalits into Indian political parties, elections and in the bureaucracy has been both numerically impressive and irreversible, even if the upper caste backlash against this mobility, in terms of rape, arson and public humiliation of Dalits has also intensified.

Wilkerson is right to note the flow of ideas between Dalits and African Americans, involving figures as different as Martin Luther King, W.E.B. Dubois, Angela Davis, Ambedkar and groups such as the Black Panthers and the Dalit Panthers. This is one of many cases of such mutual admiration in human history among both oppressors and oppressed. The mutual identification of various kinds of proletariat in the long period of socialist internationalism is a major example of such traffic. But such mutual admiration cannot be the basis for the sort of deep structural comparison that Wilkerson is keen to make.

Dalit women carry a portrait of Ambedkar as they block traffic during a protest in Ahmedabad. Credit: PTI/Files

I must raise one other question, since Wilkerson expends a great deal of effort to show why the similarities between caste in India and race in the US are so striking, so relevant and so much more important than the differences. My question is this: if caste in the US is a kind of code, which is buried deep under the surface of race (and of the brutal etiquette and institutions of race and racism), how can we compare it to a society like India, where caste is both the code and the everyday reality? Put another way, either India has no underlying social programme, grammar and theory, and its social world is simply caste all the way up and down (something I doubt) , or Wilkerson’s dramatic unearthing of caste under the surface of race in the US is just a literary device to tell a familiar American story in an unfamiliar way, and is not based on a genuine similarity.

I lean towards the latter reading.

Also read: Book Review: Urging the US to Once Again Become the Beacon for the Rest of the World

And then there is the joker in the pack, the case of Nazi Germany and its appearance in Wilkerson’s book as the third example of the value of caste as a lens into a story which is not normally discussed in caste terms. The objections here have been made by others but they are crippling: the relative shortness of the dominance of Nazi ideology; the entirely different history of antisemitism in European history, by comparison with colourism in the US and casteism in the Indian subcontinent; the Nazi wish to truly exterminate Jews, rather than to simply exploit, degrade and isolate in the Dalit and African-American cases, as cogs in some sort of economic machine.

The value of Wilkerson’s book is in the dignity of her narration, her refusal to vent excessively about her personal wounds as an African American writer and thinker, her clarity about the ethics of structural racism, and her highly accessible style.

But the biggest challenge that Wilkerson does not address, speaking from my vantage point as a social scientist in 2020, is one about race and caste as social constructions. Wilkerson is at pains to show, in stunning detail, that the ideology and practices of racism in the US are crafted, built, shored up, repaired, restored and updated, on a continuous basis: in short, they are socially constructed.

The puzzle that I and many others would have loved to see Wilkerson tackle is hardly touched on. And that puzzle is why some constructions acquire the sort of durability that resists all counter-evidence, all discovery, all qualification, all falsification, while others are as fragile as a flower and as quick to disappear as a rainstorm. Caste and race are monsters of resilience, and for this we need some third point of leverage for a truly powerful explanation.

Meanwhile, we can be grateful to Wilkerson for reminding us of their affinities.