Book Review | Seeking Meaning in a Meaningless World: The Essence of the Gandhian Paradigm

In 'Living in Truth: The Gandhian Paradigm', Ramin Jahanbegloo and Pooja Sharma acquaint us with the Gandhian paradigm of morality, politics, economics and ecology. For some years, scholars of Indian political thought have become obsessed with indigeneity and the recovery of an authentic Indian tradition. The tradition we recover has to be free of the vanities of Western political theory that claims universality even though it is clearly particularistic both in argument and historical referrals. A number of scholars have found the embodiment of an authentic Indian tradition in the works of M.K. Gandhi, and particularly his Hind Swaraj.

Perhaps scholars make two methodological mistakes when they try to recover authenticity. The first is the impossibility of achieving this objective. British colonialism was not only about political domination and economic exploitation, it was about teaching Indians how to think about their own intellectual tradition. Professor Sharad Deshpande in the introduction to his edited Philosophy in Colonial India writes that “ [t]he Indian reception of the West not only marks the adoption and assimilation of the European philosophical tradition comprising various concepts, doctrines, and ways of thinking but also, and perhaps more importantly, the reinterpretation of indigenous concepts and ways of thinking in the light of what was so assimilated.”

In any case, it is impossible to recreate a historical tradition because we approach it from the vantage point of the present. The present is in this case the effort to decolonise ourselves from the western episteme, and its fascination with spiritualism in India ever since the German Romantics discovered ancient India in the eighteenth century. The second problem is that for many authors Gandhi continues to be seen as the Mahatma. Consequently, their works are exegetical and uncritical – ‘Gandhi said this’ and ‘he said that’. This does not help much in understanding his relevance to our world and our problems.

The time has come to see Gandhi as primarily a political thinker, and to engage with him the way we would critically engage with a political philosopher. The time has come to learn from him how to understand our political predicament, and how to reflect on what we can do about it. The eminent philosopher Ramin Jahanbegloo, who has been engaging with Gandhian thought for a number of years does precisely this, particularly in his book The Disobedient Indian: Towards a Gandhian Philosophy of Dissent. 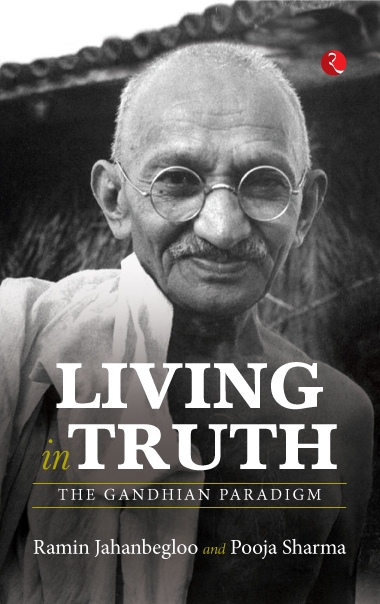 In Living in Truth: The Gandhian Paradigm, Jahanbegloo and Pooja Sharma suggest that the essence of the Gandhian paradigm consists in the effort to seek meaning in a meaningless world, and his belief in a transformative leadership and citizenry. It is only this knowledge that allows us to evaluate our leaders who have thrown away their moral compass. It is only when we learn the essence of the paradigm that we can learn to empower our fellow citizens who have never been exposed to the ethicality of politics. Our leaders, I may add, might refuse to be educated, and continue to luxuriate in their ignorance. But our people have to be politicised so that they can understand the difference between mere life and a fulfilling life. This is the task of scholarship. If philosophy tells us how to lead a good life, political philosophy tells us a good life can only be lived in a good society. The project is difficult particularly when the sensibilities of people have been hammered into submission by the powers of demagogues, but it can be done. We do not have to light candles and march towards India Gate in protest. It is enough that we begin to think and inspire others to do so, because thinking is primarily a subversive act. Jahanbegloo and Sharma make us think because they acquaint us with the Gandhian paradigm of morality, politics, economics and ecology. They tell us that it is possible to dream of another world where fraternity, not greed, and morality not cynicism, organise human relations. And for this we are grateful.

The following points are highlighted in this short engaging work. One we have to recognise the interconnectedness of human beings. Two, we need to be conscious of the link between social awareness and the realisation that we are interdependent. Socrates had told us that an unexamined life is not worth living. Gandhi had read Socrates – indeed he was widely read – and we find considerable overlap between the two thinkers. He taught us to examine ourselves. Three, the moment we embark on the process of self-examination, we realise that there are certain things that must be thought and done, and certain things that must be unthought and undone. We have to abjure violence, for violence cripples our ability to think and act ethically. We have to embrace non-violence because that enables us to realise ourselves as thinking, reflective and moral human beings. Gandhi believed that the adoption of ahimsa is a voluntary act and therefore moral. The genius of human beings is that they can make ethical choices.

Four, we can adopt the path of non-violence only if we are seekers of the truth. We can never know what the absolute truth is. Gandhi’s parable of four visually impaired men trying to describe an elephant establishes this. What we need to do is to search for the truth along with others. Ignorance breeds violence, the path of truth leads us inexorably in the direction of ahimsa. For if we know the truth but partially, we cannot assume that we are morally superior to others, that they are lesser beings, and that therefore we are in a position to inflict violence on them. If we search for the truth together we can establish bonds of mutuality and obligation, instead of violence, among citizens.

Also Read: Mahamati, Mahatma and the Syncretism of the Pranamis, an Unknown Chapter in the Life of Gandhi

Five, Gandhi dismissed the notion of politics as an amoral search for power. He spiritualised Indian politics. For him, politics is about making ethical choices, power is about empowering the weak, and political power is about fostering inclusiveness. Every society has to recognise interdependence, the absolute value of truth and non-violence, and obligations towards others. For Gandhi, rights do not breed duties, duties breed rights. It is only then that a network of mutuality and solidarity can be constructed. It is only then that a society learns how to care for others – and care especially for the weak and the vulnerable.

Six, we live in a time when not only economics but also politics have descended into positivism and obsession with statistics, which pushes ethical concerns into the background. Gandhi believed that economics had to be rooted in moral values. As an aside, for the Greeks, economics could never be independent of normative politics. The science of political economy emerged to integrate both. This tradition came right down to the moral philosophers of the Scottish enlightenment in the 18th century. Adam Smith is well known for his Wealth of Nations, adopted by every neo-liberal economist as the Holy Bible. But he also wrote A Theory of Moral Sentiments which foregrounded the value of sympathy and solidarity.

It is in this tradition that the authors locate Gandhi. For him, a moral economy can only emerge if entrepreneurs, workers and consumers become equal partners. A moral economy requires the wealthy to think of themselves as trustees and not as owners of resources. Running through his notions of Sarvodaya is the principle of fraternity based on the interconnectedness of human beings. This was Gandhi’s contribution to the economic revolution.

Seven, the moment we become conscious of our common humanity, we begin to battle accumulation and consumption. We become aware of the fragility of the environment and scarce resources. And we become wary of unrestricted technological growth that depletes natural resources. The relationship between human beings and nature for Gandhi, argue the two authors, was not only materialistic. It was based on spiritual interconnectedness. This was the environmental revolution which Gandhi conceived of much before the depletion and the degradation of the environment and the consequences of the exploitation of resources became an over-riding concern.

Finally, to recognise our full potential as ethical beings, we must learn to listen to our inner voice or our moral conscience. It is only then we can engage in civic dissent. “This is how we can understand Gandhi’s reference to his ‘inner voice’ as an experience of living in truth.” (pg 5). Gandhi’s truth was not based on scientific experiments, but on moral experience. We have to live the truth or at least seek the truth. This was in line with Socrates, the Roman philosopher Lucius Annaeus Seneca and the wise thinkers of India. 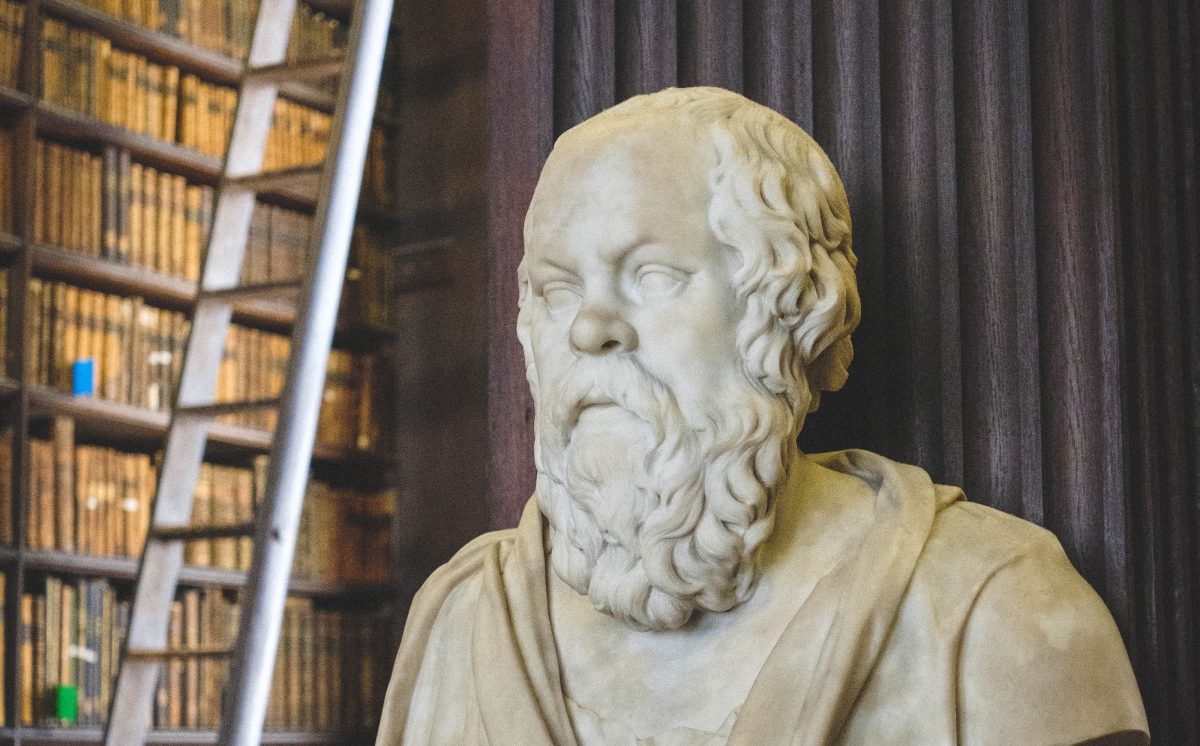 The authors note with some dismay that the young in contemporary India know very little about Gandhi. They do not know that Gandhi was an exemplar because he practised what he preached. Gandhi had said that “to understand what I say one needs to understand my conduct.” (90). Today Indian politics is solely about winning power. It is not about a battle of ideals and ideas. Politics has become a prisoner of the administrative system and the corporate mindset, both of which suffer from a severe lack of self-examination. Gandhi, write Jahanbegloo and Sharma, would have been troubled by the Machiavellian essence of contemporary Indian politics and its populist and demagogic end results.

Gandhi was not a pure idealist. He was a political practitioner who passionately wished to apply ethical values to the political organisation of society. India chose to take a different path but his ideas continue to be relevant not only for us but also for contemporary global challenges such as corporate greed, global poverty, technological devastation and climate change. The independence of India arrived in the form of a constitutional state and not the swaraj he had in mind. Yet he has left his stamp on our minds in some way or another. Who else will tell us that politics has to be reinvented as a tool for self-realisation?

This is a work that enables us to think of Gandhi not as a Hindu Mahatma spouting piety, but as a political philosopher who showed us the path to a good society. If there is one lesson we need to learn from Gandhi in today’s climate of fear, it is that of fearlessness. In his autobiography, Nehru wrote of the 1920 Non-Cooperation movement launched by Gandhi thus:

“Many of us, who worked for the Congress programme lived in a kind of intoxication. We were full of buoyant enthusiasm and optimism. We were not troubled by fear or hesitation; our path lay clear before us.  Above all, we had a sense of freedom and a pride in that freedom…We said what we felt and shouted it out from the housetops. What did we care for the consequences? Prison? We looked forward to it.”

It is this fearlessness that constitutes the hallmark of satyagraha that we need to reinvent in our own minds. This is the Gandhian legacy.