How Nehru's 'Asianism' Still Casts a Shadow on India-China Rivalry

Francine Frankel's new book traces India's first prime minister's attempts to factor the US into what became a triangular relationship and the consequences of those pivotal years. 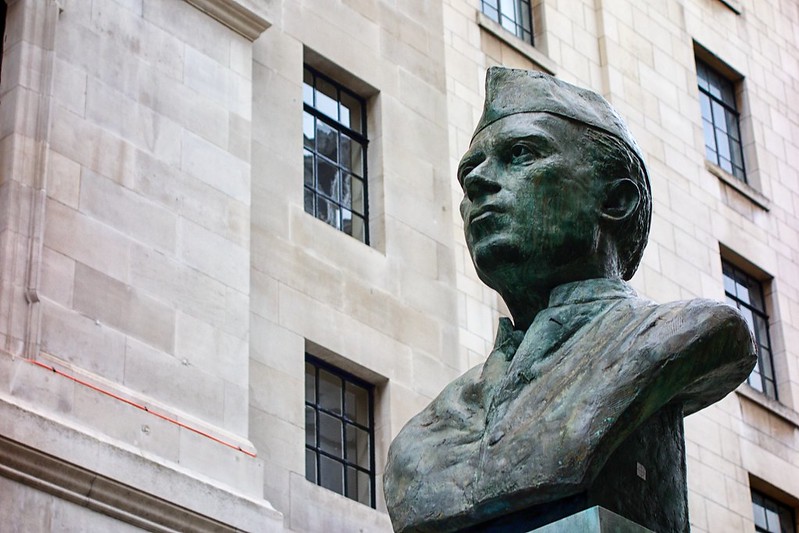 A bust of Jawaharlal Nehru in London. Photo: Paul Hudson/Flickr (CC BY 2.0) 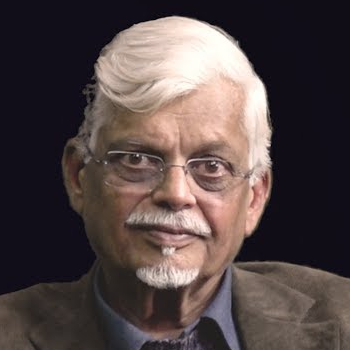 One consequence of Indian Americans and non-resident Indians increasingly populating academia and think tanks in the United States has been that a growing body of studies on India come from their stable, with less output from American scholars who are not of Indian origin.

As an Indian analyst I would prefer to understand how foreigners view India rather than how the Indian diaspora views the country of their origin.

Time was when very knowledgeable, erudite and, therefore, influential studies of India in the United States would be authored by the likes of Granville Austin, Susanne and Lloyd Rudolph, Stanley Kochanek, George Rosen, Francine Frankel and similar scholars. Then there were the highly readable books of diplomats like John Kenneth Galbraith, Chester Bowles, Denis Kux and Teresita Schaffer.

More recently, most scholarly publications on India in the US come with Indian names. This is a pity, since we in India would like to read how Americans without that diasporic connection perceive and interpret India.

Francine Frankel is an old India hand in the world of American academia and the author of several highly regarded books on post-Independence Indian political economy. Frankel devoted considerable time and energy to the promotion of the study of India in the US as the founding director of the Centre for the Advanced Study of India at the University of Pennsylvania. 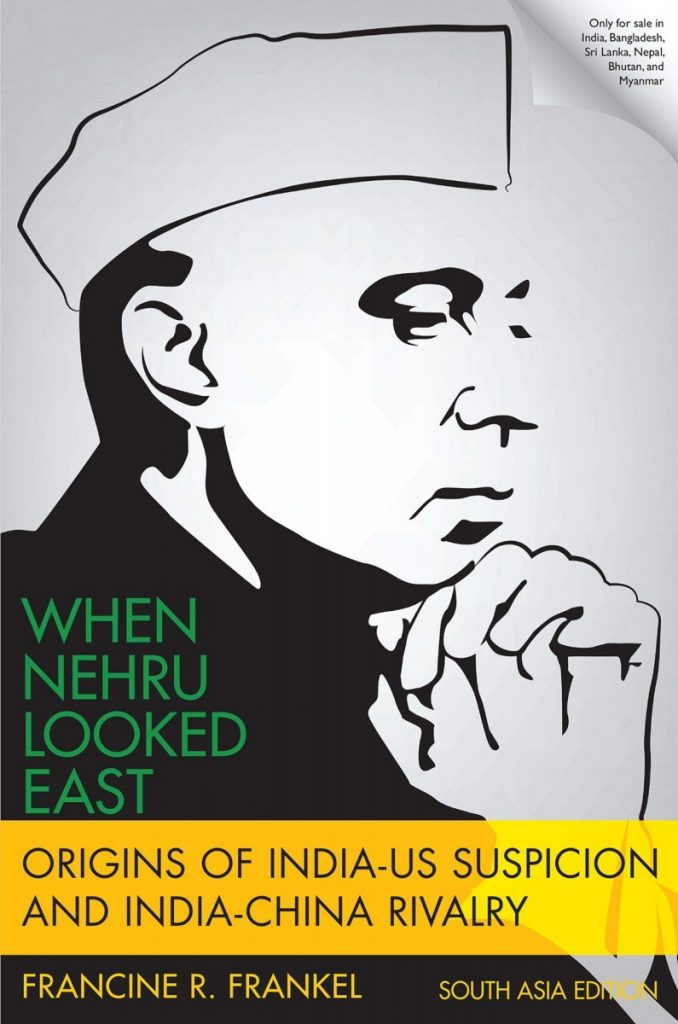 Turning her attention from domestic political economy to a study of Nehru’s foreign policy in the 1950s, Frankel has written a compelling account of how that decade laid the foundations of India’s relations with the US and China, adding to a growing body of literature on the triangular nature of the relationship between the world’s three most consequential nations.

After approaching Prime Minister Rajiv Gandhi directly and waiting for many months, Frankel was given access to some Nehru papers in the early 1990s.

This access was abruptly cut off before she could look through all that was available. In the event, she managed to get access to as many as 814 files during three visits made in 1991-92.

Based on this material, as well as whatever she could lay her hands on both in India and the United States, Frankel has constructed an account of why US-India relations were riddled with mutual suspicion, how China-India relations deteriorated to the point of triggering a border war and how US relations with Pakistan and its view of China influenced its relations with India.

Nehru’s “Asianism”, as she puts it, blinded him to the dynamics of 20th century geopolitics. Whatever skepticism about China came his way from Sardar Patel and General Thimayya was watered down and washed away by Krishna Menon’s anti-Americanism and love for communist Russia and China.

Frankel further substantiates the widely held view that Nehru’s clouded judgements about China and the misplaced bravado of his ‘forward policy’ were responsible for the 1962 war.

She does not miss the opportunity to rub the point in that after more than a decade of championing non-alignment and criticising the US, Nehru wrote in desperation to President John F. Kennedy seeking American help to push the Chinese back.

America did step in, but Frankel makes the point that such US support for India in a confrontation with China cannot always be taken for granted.

The sections on Pakistan also cover familiar territory but reiterate the point that here too Nehru’s sentimentalism got the better of him. The British and the Americans viewed Pakistan in purely geopolitical terms. Its geographical location and Pakistan’s willingness to “play second fiddle” made it an important ally for the West. Both western powers wanted a toehold in the region from where they could keep the Soviets at bay, exert influence in Islamic West Asia and maintain military capabilities to protect their oil and maritime interests.

Nehru hoped the West would see India as a civilisational power, the Americans viewed India as little more than Pakistan’s neighbour! 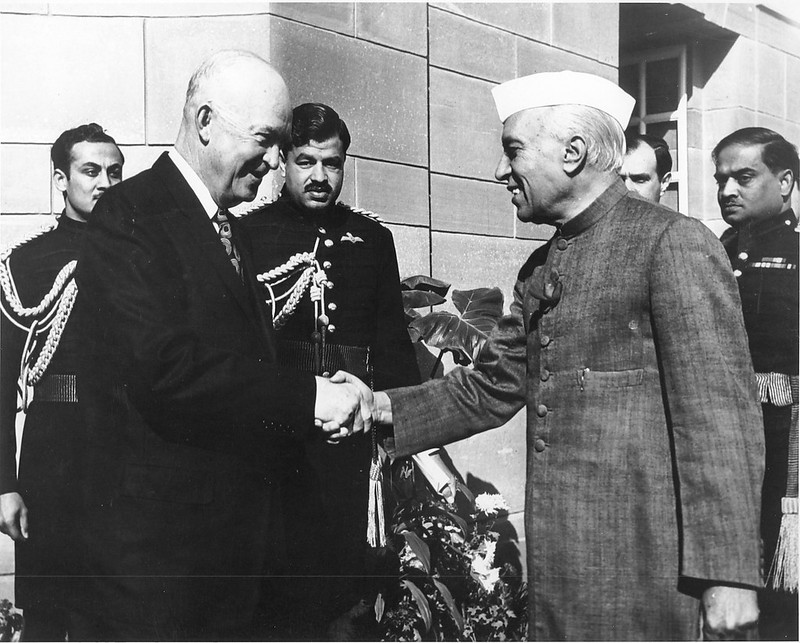 In a telling section, Frankel offers an account of President Eisenhower’s long meeting with Nehru that covered a total of 14 hours – the longest ever bilateral summit between Nehru and the head of state of a major power.

“Eisenhower’s respect for Nehru’s indispensable leadership of India” says Frankel, was different from the chemistry and “warm affection” that he experienced for President Ayub Khan (of Pakistan) on the same trip. Frankel believes the US political leadership never quite understood Nehru’s “Asianism” and that Nehru “overestimated the importance of India, a non-ally, to the United States.”

Also read: India-China Tensions: Betting on a Quick Return to Status Quo Ante Would Be Hazardous

Post-war American leadership, confronted by Soviet power and the Cold War, looked at South Asia in geopolitical terms and decided that Pakistan would be treated on par with India. In taking this view the US was heavily influenced by British prejudice.

The English elite were not only more comfortable with the Muslim elite of the time than their Hindu counterparts, but the leadership of the British armed forces was explicit in its preference for Pakistan over India in purely strategic terms:

“The area of Pakistan is strategically the most important in the continent of India and the majority of our strategic requirements could be met…by an agreement with Pakistan alone.”

Not convinced by India’s geographical claims over China, concluding that defeating the Soviet Union was more important than worrying about China, and irritated by Nehru’s non-alignment, the US walked a path that made the two nations, in Denis Kux’s words, ‘estranged democracies‘.

To top it all, Nehru’s trusted aide in foreign affairs was the very pro-communist Krishna Menon who irritated the Americans no end. It took the defeat against China in 1962 for Nehru to finally get rid of Menon. All of this made for a cocktail of mutual suspicion, often indifference and sometimes hostility.

Frankel records how India’s ‘non-neutral’ stance in the Korean war, with Nehru’s willingness to trust China, played its part in feeding US suspicions about India. Here she pays tribute to the diplomatic acumen of the Indian ambassador to China at the time, Nedyam Raghavan, who helped restore balance to Indian thinking about China after the disastrous tenure of K.M. Pannikar, the diplomat who endorsed China’s “sovereignty” over Tibet.

Raghavan’s re-assessment of China’s motives in Asia, concludes Frankel, “finally taking an Indian point of view, required a difficult adjustment in perspective and in policy, to break through the wishful thinking that was Pannikar’s legacy.”

The Nehruvian phase cast a long shadow on US-India relations that began to improve only after the end of the Cold War. The new turn in Indian economic policy in 1991 and the more pragmatic approach to US-India and India-China relations adopted by both Prime Ministers Narasimha Rao and Atal Bihari Vajpayee laid the foundations for a change not just in the two bilateral relationships but also in Indian foreign policy as a whole.

If Nehru’s love for China and the US need of Pakistan prevented a closer relationship between India and the US in the 1950s, a shared concern about China and Pakistan has finally helped define a new phase in the US-India relationship.

Frankel is, of course, right in suggesting that the events of the 1950s cast a long shadow on the triangular relationship and all three powers continue to wrangle with their vestiges.

Note: An unedited version of this article with a different headline was inadvertently uploaded and has since been replaced with this version.