It is made clear after reading 'Khooni Vaisakhi' why Singh has been described as the father of the Punjabi novel.

A 1998 stamp in honour of Nanak Singh. Photo: Wikimedia Commons

The bloody massacre at Jallianwala Bagh in Amritsar, a hundred years old this year, is both the end and the beginning for Khooni Vaisakhi, Nanak Singh’s moving ode to its martyrs, recently translated into English by Navdeep Suri, a career diplomat and Nanak Singh’s grandson.

The backstory behind the poem should itself be the subject of another book, in that how the poem was banned by the British upon its publication in 1920, just a year after the Amritsar tragedy; its existing copies burnt; and its rediscovery after 60 years before being rendered into English. That pre-history alone makes this translation a literary event worth celebrating. 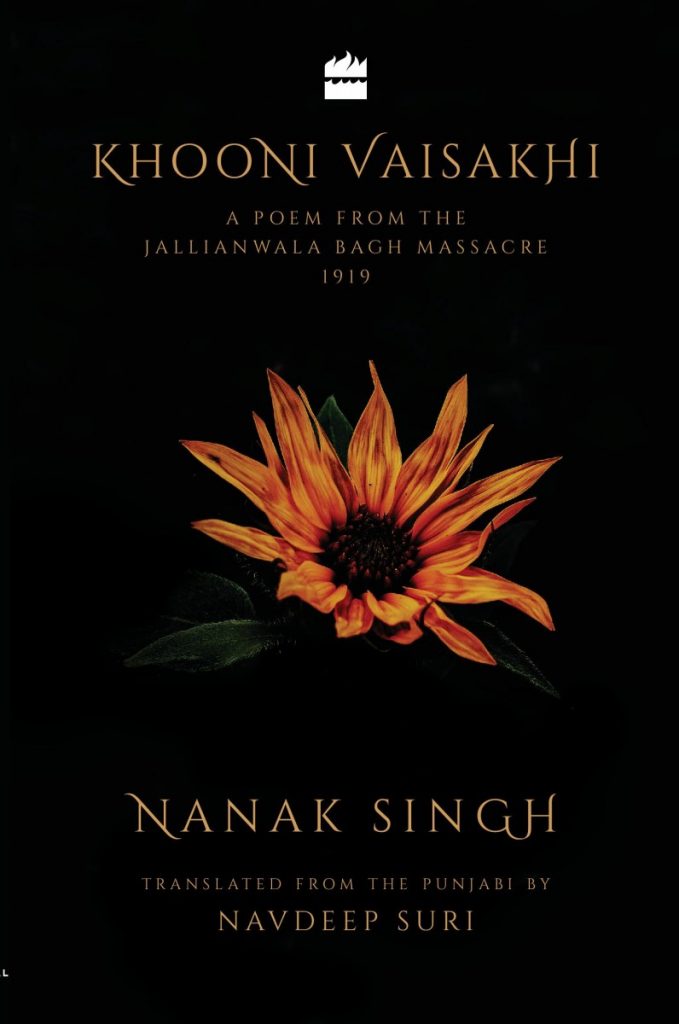 Nanak Singh passed away in December 1971, just a couple of weeks after the humiliating surrender of Pakistani troops to India and the emergence of Bangladesh as an independent nation. He led an eventful life which was turned around by the Jallianwala Bagh tragedy in Amritsar; then as an ardent activist and freedom-fighter against British colonialism; and as a witness to the Partition of India in 1947.

Unfortunately, he is not very well-known in the land of his birth, a village near Pind Daadan Khan in Jhelum in modern-day Pakistan. I was acutely reminded of this injustice earlier this month when the installation of a statue of Punjab’s last indigenous ruler Maharaja Ranjit Singh at Lahore Fort on the occasion of his 180th birthday attracted widespread attention, not least from fervent Punjabi nationalists. The reception given to a statue of the Maharaja was curious, even if deserved. For while his legacy is still a contested one, that of Nanak Singh is secure for posterity.

A doyen of Punjabi fiction, Singh won the prestigious Sahitya Akademi and Punjab’s highest literary awards. I certainly hadn’t heard of him before this year, when I received a copy of Rakhshanda Jalil’s meticulously curated collection of literary writings on the Amritsar Massacre (to which I have myself contributed a translation of Krishan Chander) first exposed me to his work.

My interest deepened after I read a story of his in translation and then actively sought out his evocative, largely autobiographical novel Adh Khidya Phul, translated as A Life Incomplete, also by his grandson Suri.

Singh wrote an astonishing 59 books, 38 novels and countless other plays, short-stories and even translations among them, concentrating on Punjabi. Importantly, while in jail, it was the Hind-Urdu novels of Munshi Premchand which turned him towards writing social realist novels, as explained by the translator in his detailed essay on the poem.

Suri’s translation of Khooni Vaisakhi is particularly pleasing. In his preface, he also explains his craft of translation, where ‘the translation must attempt to be faithful to the original – not just in terms of the content but also in its rhyme and cadence.’ Following this admission, I became even more curious about the Punjabi original; alas I cannot read the Gurmukhi Punjabi script.

While reading Khooni Vaisakhi, one feels that perhaps while the literature on the Jallianwala Bagh massacre is rich, it has not been adequately acknowledged as much on the Pakistan side of the border as on the Indian side. Pakistanis are still heavily invested in, and saturated with, partition, the recent television treatments of Amrita Pritam’s partition novel Pinjar (as Ghughi) and Khadija Mastur’s novel Aangan on the same theme being cases in point.

Partition also played a significant part in Singh’s own life, and he wrote novels like Agg di Khed, Khoon de Sohile and Manjdhaar on this theme (but those novels have yet to reach a wider audience outside Punjabi). The same can also be said about earlier and subsequent episodes of our collective historic memory – be it the War of Independence of 1857, the Salt March of 1930, the heroes of the Ghadar Movement including revolutionaries like Kartar Singh Sarabha and Bhagat Singh or the Royal Indian Navy Mutiny of 1946. There is, of course, a virtual silence over the events of 1971. Perhaps it is for us that Singh writes in the poem:

‘No plaque, no bust, no monument
To mark the place we died, o friends?’

Khooni Vaisakhi begins with an invocation to Guru Gobind Singh and moves onto the ‘Rowlatt Act Controversy’, before describing in searing detail, the main events leading up to that fateful evening of April 13. For the high school or even advanced graduate student in Pakistan, these verses might seem too detailed, even programmatic or propagandist, especially in a country where any part of history which had no direct connection with the formation of Pakistan is either omitted or reduced to a footnote.

But one must imagine the context in which this poem was written: Nanak Singh as a shocked survivor of the Jallianwala Bagh massacre, a mere 22-year old at the time, in a harshly repressive environment attempting to convey the anguish and accuracy of all that he had witnessed and survived with an economy of words, as swiftly as possible.

For the uninitiated, however and there will be many, the poem provides a welcome history lesson; and readers who would like more context and academic rigour are advised to read the accompanying essays by the translator on the link connecting the tragedy, the poem and the writer; as well as a moving personal recollection by Justin Rowlatt, a BBC correspondent and great-grandson of Justice Rowlatt, who authored the infamous Rowlatt Act which triggered the tragic series of events leading to the massacre in 1919; and the learned essay by Professor H.S. Bhatia putting Khooni Vaisakhi squarely within the protest poetry emanating from colonial Punjab in the 1920s.

What works for me is not only how faithfully Singh recounts the tragic and murderous events leading to the ill-advised measure by General Dyer, but how the poem is an ode to the unity of Indians across caste, faith and nationality, especially in the section on ‘Ram Navami Celebrations Amid Hindu-Muslim Unity.’

‘Such harmony never seen before
Since God made this world, O my friends.

The seed of friendship between these faiths
Descended from heaven itself, my friends.

Discord and difference seemed to vanish
Each saw the other as brother, my friends.’

In poetry, Singh reaches the same effect albeit more lyrically, which the celebrated writer Krishan Chander achieved in his singing prose in the short-story on the same incident titled ‘Amritsar, Azadi Se Pehle’ in his 1948 collection Hum Vahshi Hen. Singh also lovingly invokes the spirits of the Sufi masters Mansour Hallaj and Shams Tabrizi, likening their passion for martyrdom and truth to the martyrs of Jallianwala Bagh. Like Krishan Chander, Singh does not forget the women who also partook of their share in the tragedy, including sections on ‘Wives Mourn their Husbands’ and ‘The Lament of Sisters.’

It is clear after reading Khooni Vaisakhi why Singh has been described as the father of the Punjabi novel. The poem itself – like Krishan Chander’s aforementioned short story – is a popular and social history of Amritsar and the Jallianwala Bagh Massacre, its immense value as a rare eyewitness account trumping any academic, more detached professional histories of the event. 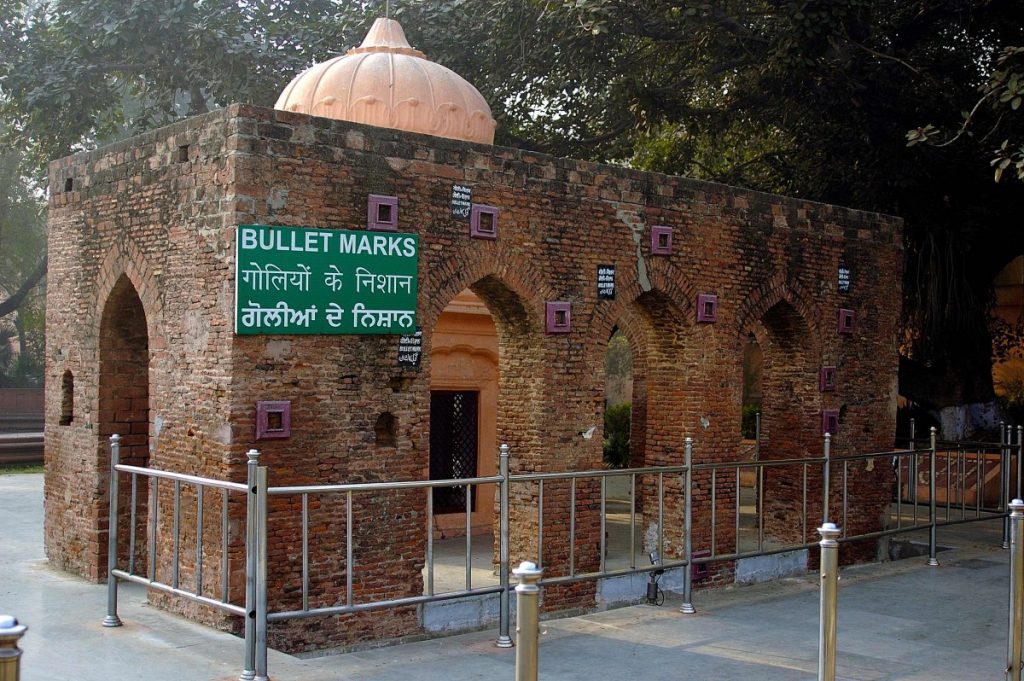 A monument to the bullet marks at the Jallianwallah Bagh. Photo: Giridhar Appaji Nag Y/Flickr (CC BY 2.0)

The month of July played a crucial role in the lives of at least three central characters of the Jallianwala Bagh Massacre: Nanak Singh who was born on July 4, 1897 and survived the massacre to write Khooni Vaisakhi and countless other Punjabi classics; General Dyer, the Butcher of Amritsar, who died a lonely and secluded death from arteriosclerosis, on July 23, 1927; and Sardar Udham Singh, who assassinated Michael O’Dwyer, the man who was governor of Punjab at the time of the massacre, and who was hanged at Pentonville Prison in London on July 31, 1940. Udham Singh is said to have been a witness to the massacre in Amritsar like Nanak Singh; the two may or may not have met.

The pride of place in Khooni Vaisakhi however goes to Dyer, in the section titled ‘The Martyrs’ Certificate to Dyer’, which deserves to be quoted in full:

‘Shame on you, you merciless Dyer
What brought you to Punjab, O Dyer?

Not a sign of mercy unleashing such horror
How badly were you drunk, O Dyer?

You came here thirsting for our blood
Will a lake of it fill your greed, O Dyer?

So many innocents mowed down by you
The Almighty will demand answers, O Dyer.

You scoundrel! Who gave you the right
To make mincemeat of our patriots, O Dyer?

Wreaking terror upon us innocent folk
Did you fancy the taste of power, O Dyer?

Just as you riddled our bodies with bullets
You too will pay the price, O Dyer.

You’ll die and head straight to Hell!
Ah! Such torment awaits you there, O Dyer.

Coming face to face on that Judgement Day
What answers do you plan to give, O Dyer?

You Tyrant! Until the end of time you’ll be called
The Murderer that you are, O Dyer.

Our Lord will punish you for your crimes
Watch how you get destroyed, O Dyer.

Says Nanak Singh, Which holy book allows
For innocents to be butchered like this, O Dyer?’

In his autobiography, Meri Duniya, Singh wrote, “My society and I – my humanity and my self – are so much in consonance that I can never ever think anything apart from them. If anything hurts my society or my humanity, it hurts me.”  It is these values which illuminate his Khooni Vaisakhi and resonate with warning for the Dyers amongst our own, in our own time.

The writer is a Pakistani social scientist, book critic, and an award-winning translator and dramatic reader currently based in Lahore. He is the recipient of the 2013-2014 Charles Wallace Trust Fellowship in the UK for his translation and interpretive work on Saadat Hasan Manto’s essays. His most recent work is a contribution to the edited volume Jallianwala Bagh: Literary Responses in Prose & Poetry (Niyogi Books, 2019). He is currently the President of the Progressive Writers Association in Lahore. He can be reached at razanaeem@hotmail.com