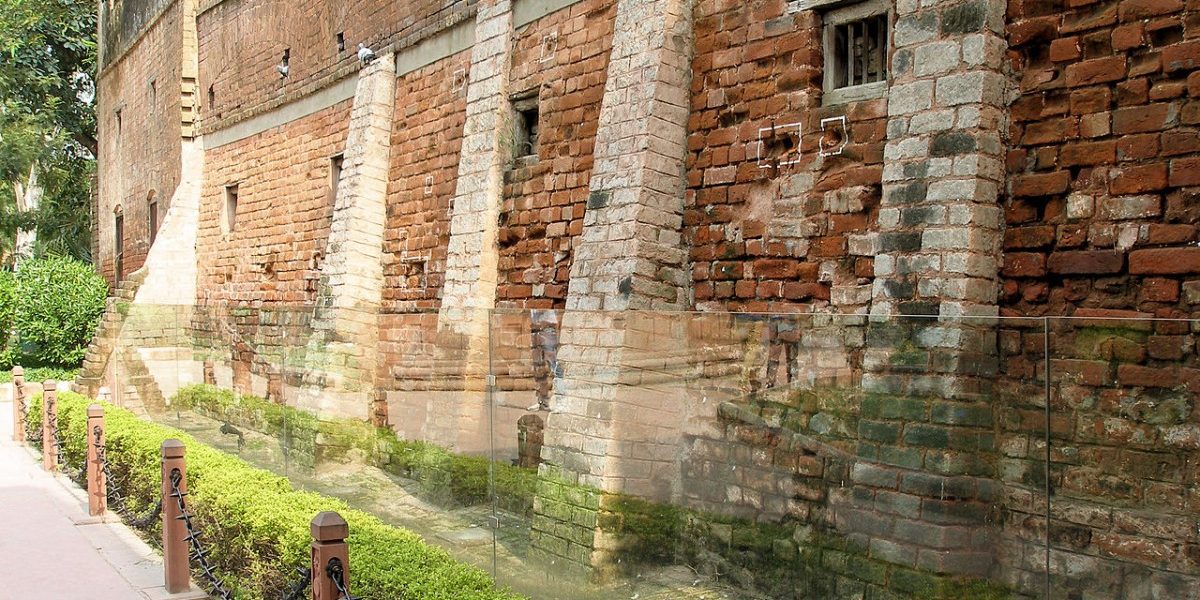 Navtej Sarna’s latest novel, Crimson Spring, is part of a new – and deeper – trend of how we look at history. Traditionally, Indian history has been taught as that of rulers and their decisions. The key aspects are dates and decisions by well-known women and men. Not only is this an extremely boring way to see the past, it reduces the rest of the population to mere puppets. Moreover, it occludes the very specific thing – the physicality of the place, the uniqueness of the time – that made an event what it was.

Shahid Amin did this with aplomb in his masterful telling of the story of Chauri Chaura in Event, Metaphor, History; Abhishek Kaicker has done something similar in The King and the People, an erudite retelling of the history of Shahjahanabad to etch out the many things that led to Nadir Shah’s qatl-e-aam.

Unlike these books, Crimson Spring is fiction, but it sets out to do something very similar with the tragedy of the Jallianwala Bagh massacre and Udham Singh’s assassination of Michael O’Dwyer. Through the lives of people who lost loved ones, who were wounded, or otherwise affected; through the lives of lawyers, saints, and rebels, Sarna weaves a tapestry to show how many threads were summarily burned away in that shooting; how a map of Punjab was scored and torn; that this was not merely an incident in a city, but a larger happening that continues to reverberate in history. 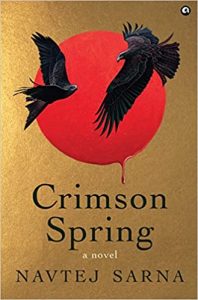 Sarna draws on a deep history of Punjab; of the irrigation department, the recruitment for the Great War, the Ghadar movement, and the Sikh revivalism that would go on to become the Akali movement and wrest the gurudwaras away from government-controlled lackeys.

He does this by telling the stories of the “non-historic” people – Ralla, the former drunken son of a moneylender-turned-saintly-wanderer; the idealistic young government pleader and son of a police inspector, Gurnam; Ralla’s nephew, Kirpal, returning from war in Europe; or Maya Dei, who had come with her husband to Amritsar in a bid to pray for a child at Harmandir Sahib. Some of these drive the core of the story forward – the way to the massacre for which Jallianwala Bagh is now known – but others are more of a story of Punjab as it was, and as it was becoming.

In doing so; in centring Punjab rather than the massacre, Sarna’s novel also highlights why the central characters are O’Dwyer and Udham Singh. The massacre was only part of the violence unleashed upon the province, and Reginald Dyer was – all done and told – a minor character, not the lead. The British Empire in India, after all, was not a military led enterprise, but a civilian administration.

The massacre; the obscene punishment of making everybody who lived on a street crawl on their belly if they were “natives”; the floggings and torture, were all sanctioned enterprises. Dyer may have ordered the firing, directed its aim, but the command responsibility rested with O’Dwyer, the man that Udham Singh was to assassinate.

Of particular note is the character of Hugh Porter, the chief secretary of Punjab. In his Author’s Note, Sarna takes pains to note that the character in the novel is nothing like the historical chief secretary, who “felt none of the qualms and doubts about colonial excesses that Porter does”. The fictional character in the novel is a sober, steady man of experience who has personal loss in his history that seems to make him both more open and understanding. He realises that “Dyer had created a convenient duty for himself, a duty to kill ruthlessly, and O’Dwyer had egged him on and then patted him on the back.”

Porter realises all this, and also “that he would say no such thing even by implication when questioned by an inquiry committee… he would stay true to the civil service code, true to his oath of loyalty to the King and government.”

Possibly no other paragraph is as devastating in the novel than this one. It describes a system so corrupt that a good man – and Sarna is scrupulously fair in this, the British are no cardboard villains – can understand the absolute vileness of the system; one that will not only sanction mass murder, but applaud it, and consider that his loyalty to the system means covering it up. And this is a person that Sarna has imagined to be far kinder than the real one was.

Another – though less devastating because it is purely factual – blow to any sense of redemption of the system is the support that British women showered upon Reginald Dyer, seen as a hero who saved English womanhood from that most terrible of fates – being ravaged by a native. Feminist advocacy was far more effective as a handmaiden of empire than a bulwark against it.

Strangely enough, it is Udham Singh who is by far the most elusive character in the book. Like the real life person, the character is protean – many things from many angles. The name that he declared to the British authorities after assassinating O’Dwyer was Mohammed Singh Azad, one of the many he wore lightly, including Frank Brazil, or Ude Singh, or Sher Singh.

In a sense Udham Singh, an orphan and that too from a repressed caste, was not just one man, not just one impulse, but a character birthed by a complex, fluid, Punjab that, even when it was captured, was constantly reinventing itself. And maybe at the heart of Sarna’s evocative and complicated novel lies a very simple truth: that it is impossible to convince a product of a rich and proud land that the only name they can wear is slave, that one can die trying, and fail.

Omair Ahmad is an author. His last novel, Jimmy the Terrorist, was shortlisted for the Man Asian Literary Prize, and won the Crossword Award. His last book was a political history of Bhutan and the eastern Himalayan region. He is concurrently the managing editor, South Asia, at The Third Pole. You can find him on Twitter at @omairtahmad.