Book Review: Urging the US to Once Again Become the Beacon for the Rest of the World

Bruno Maçães’s 'History Has Begun' treads a new path but ultimately settles back into the conformist view of America. 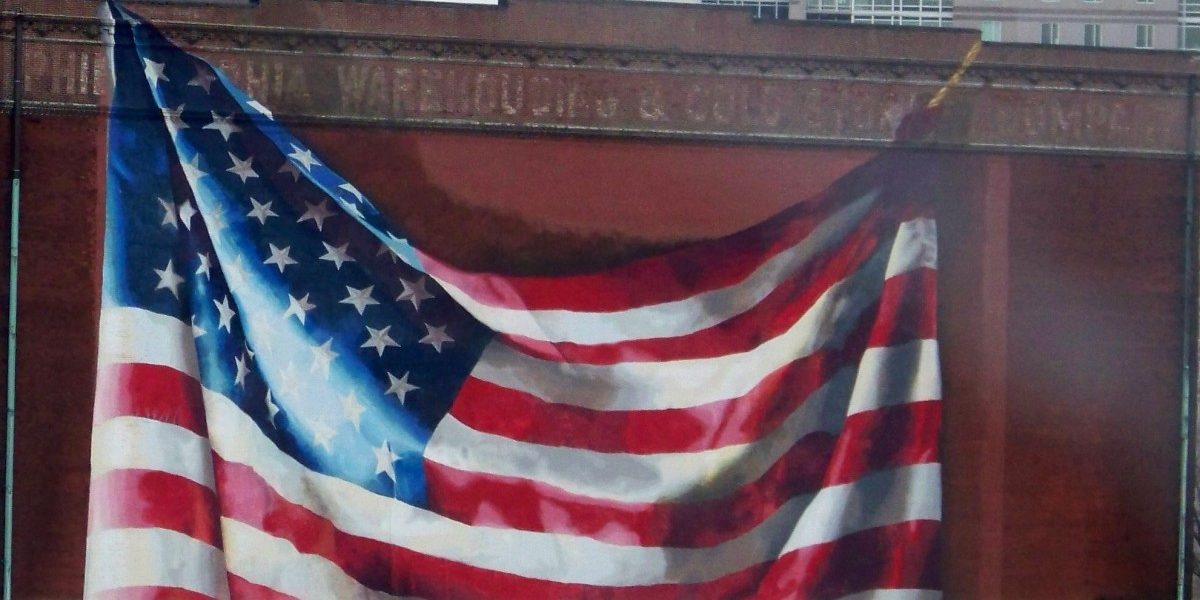 Graffiti of the US flag. Photo: Flickr/Jason CC BY 2.0

Bruno Maçães’s History Has Begun has one big strength. The book does not sound like any of the other pundits, academics or bloggers who write about the US today, from left, right or centre. But the price that is paid for this unique voice is that it leads the author to the edge of an abyss, from which he eventually pulls back into a safer and more familiar space. But the ride is exhilarating.

The book announces early the tantalising claim that the US is on the edge of remaking itself, restarting history and reimagining the world in which we live. The rest of the book tries to justify this claim with a curious mixture of cultural and political analysis which veers from the style of cultural critics like Christopher Lasch and Herbert Marcuse to the ideas of conservative foreign policy pundits like Fareed Zakaria and Thomas Friedman. 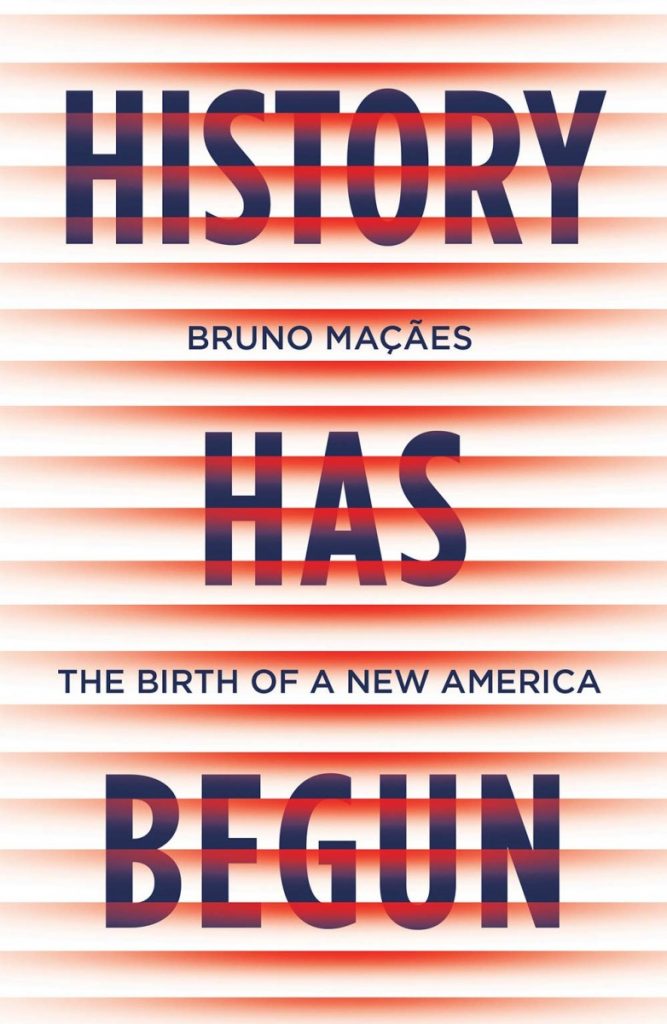 Maçães’s stylistic model is the great French observer of the US in the mid 19th century, Alexis de Tocqueville, whom he greatly admires. But his disagreement with de Tocqueville is at the core of the book. Unlike de Tocqueville, Maçães believes that the cultural DNA of the US always was and will be different from that of Europe, and that today, the US is in the position to stage a huge shift in world affairs because of this foundational difference. “Or, then, as I plan to argue in this book, perhaps the United States is only just entering its highest period, where its individual possibilities will be realized.”

In this regard, Maçães fits in a familiar tradition of cultural criticism in the US, exemplified by Fredrick Jackson Turner, who identified the frontier as the key metaphor for the urge of Americans to search incessantly for spaces unsullied by history, law or order, in their search for freedom, liberty and wealth. This tradition is a special version of the old narrative of American exceptionalism and we see today in the self-promotional narratives of the giant tycoons of Silicon Valley, the megalomaniac ravings of Donald Trump, and the majority American view of the capacities of capitalism to deliver security, prosperity, adventure and even salvation. As Maçães says:

“The American way of life is consciously about language, storytelling, plot and form, and is meant to draw attention to its status as fiction. This element may range from strongly scripted structures of daily life—the prom dance, retirement in Florida—to the blurring of lines between fact and fiction…”

Maçães studied in the Department of Government (an Ivy League euphemism for political science) at Harvard and he has two major influences from his time there. The one who is acknowledged is the political philosopher, John Rawls, whose classic 1971 work, A Theory of Justice, appeared to signal the end of political philosophy for any serious liberal, insofar as he seemed to have taken the analysis of liberal ideas about justice to their limit. Maçães is also a member of the Rawls fan club.

His unacknowledged influence from Harvard is very different, and that is Samuel Huntington, whose controversial work on The Clash of Civilizations can be seen in the backstage of every chapter of Maçães’s book. The principal flaw of Maçães’s book descends directly from the biggest weakness of Huntington’s argument, which conflates the realpolitik of the world of powerful nation-states, which is contingent, opportunistic and even cynical, with the values of “civilizations”, a term which looks awfully close to “races”, “religions” and “tribes”.

This model is still very alive in Maçães’s arguments. In it, the choices of the rest of the world simply turn on how and in what way the US will play its cards in the coming decades. Maçães has an infinitely cleverer analysis of American culture, but when it comes to diplomacy and foreign policy, Maçães is a hardcore realist of the Huntington variety.

Still, his cultural analysis of the US is what gives the book its smartest, most original and most arresting insights. His most startling insight is that television gives the US much more of its character than the Internet or social media, because with the advent of television it became widely agreed that the key to influence, opinion, leadership and taste was to tell the best story, to stage the best performance, to capture maximum audience share, and to allow one’s own story to compete with others in a universe of channel-switching.

In this world, according to Maçães, reality is on a different plane from any sort of verifiable truth and any good story is an enhanced and preferable version of reality. Trump, for Maçães, is above all a creature of television and understands how to tell his stories, post-fact, post-truth and even post-reality, in a manner that many Americans love. 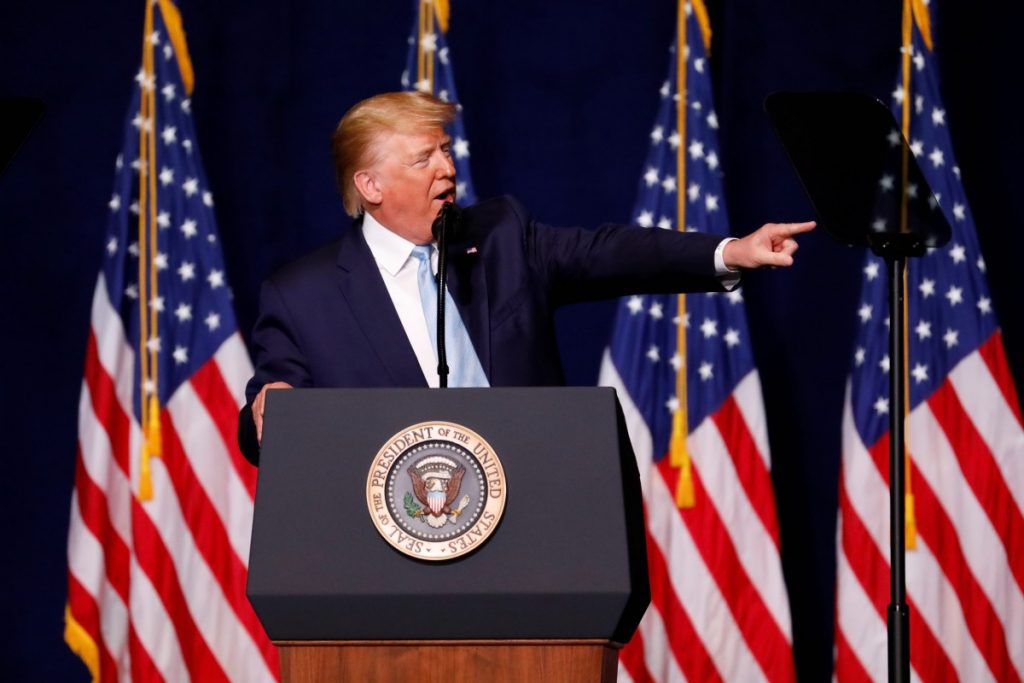 Maçães has a fascinating account of the events from the early 1950s to the present which have installed this approach to the truth at the core of American culture. In one of his many brilliant aphorisms about the role of TV and films as reality-enhancing devices in American politics, Maçães concludes a brief analysis of Left-wing political star Alexandra Ocasio-Cortez by observing that “millennial socialism sees history as a struggle to control the memes of production”.

Also Read: As China ‘Trumps’ US in Coronavirus Response, Global Power Game is Going Its Way Too

A platform for the US to redefine the world and itself

And this narrative culture is for Maçães the platform from which the US, as a global power, can redefine the world and itself at one stroke. He repurposes John Rawls’ idea that the role of the state is to assure an even playing field for substantive views which might differ radically, into a recipe for world dominance. By making its truth the governing truth among truths, Maçães proposes that the US can seize the role of the policeman of the world’s stories, and not let any competitive story – such as the Russian, Chinese or European – usurp its place as the supreme power of the world of story-telling. 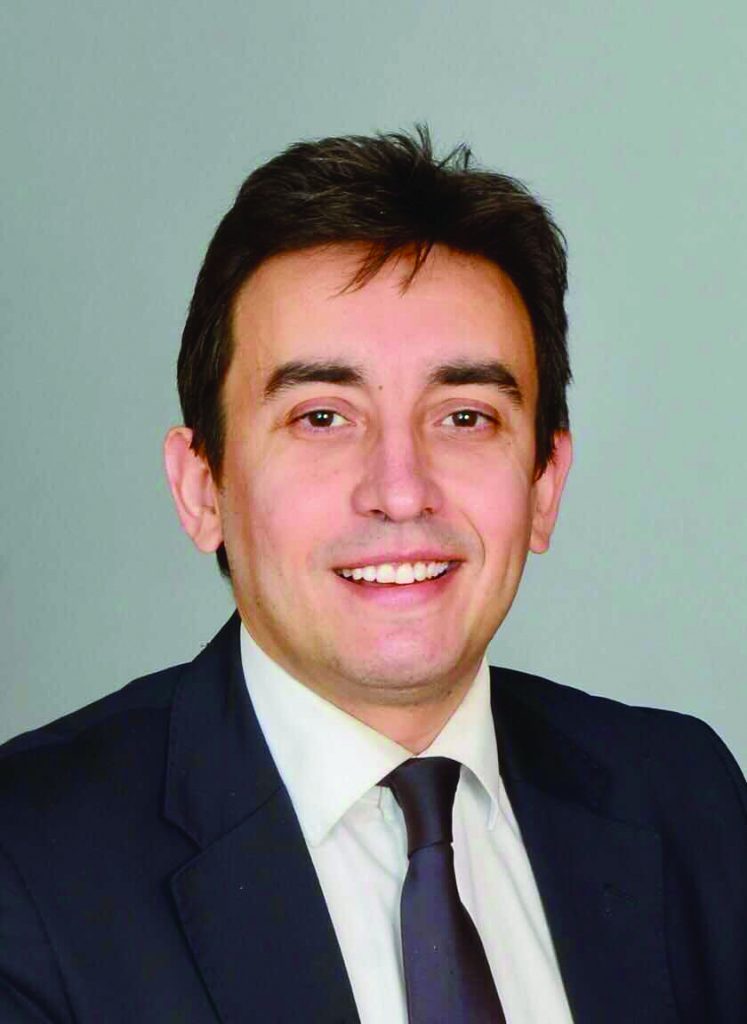 Maçães knows, of course, that this requires money, armies, hard diplomacy and perhaps even coups, but not in order to achieve some sort of extractive dominance over the other great powers. The opportunity before the US today is to control the market in great power narratives, and thus to clinch its role as the master story teller which regulates when channels are switched, how reality is redefined and who determines the dominant story.

This is Maçães’s recipe for the hegemony of the US in the coming decades, which will help it avoid its other plausible fate, which is to become a minor island on the edge of a vast Eurasian world order collaboratively dominated by Europe, Russia and China. The last two sentences of the book explains its evangelical title: “For America, the age of nation-building is over. The age of world-building has begun.”

And here is the big disconnect in this highly original book. A brilliant cultural analysis of the evolution of America’s post-truth politics turns into yet another policy guide for the US to regain its historical mission to be the source, the example and the arbiter of reality for everyone. Herbert Marcuse becomes Thomas Friedman. An unfortunate leap backwards for a book which promises the opposite.