The lives of women facing different crises and dilemmas is at the centre of the book. 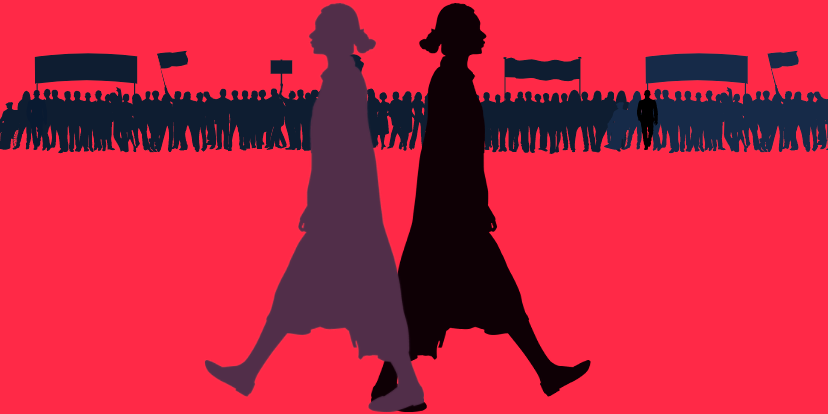 In early 2020 a communal riot had swept through parts of New Delhi in the wake of protests against the Citizenship (Amendment) Act, prompting Arundhati Roy to describe rising religious intolerance in the country as “our version of the coronavirus”. (The pandemic was still not at our shores.)

Describing an ideology in terms of a disease is not new – one is reminded of Albert Camus’ The Plague, Alexander Solzhenitsyn’s Cancer Ward, and Susan Sontag’s Illness as Metaphor.

Bibek, a character in Anindita Ghose’s exciting debut, seems to echo this while describing Hindutva. “It is a virus that is spreading in the world slowly, and it’s more deadly than those we blame civet cats and pigs for carrying,” he says, describing the Mahalaxmi Seva Sangh (MSS), a stand-in for Rashtriya Swayamsevak Sangh (RSS). 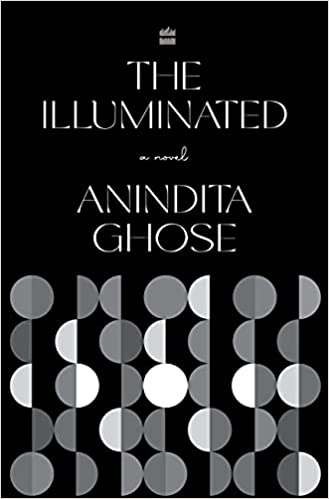 The MSS activists described in the novel are a little funny, with their pamphlets advising people on all aspects of their lives. These pamphlets punctuate the narrative of the novel. Some of them also carry around packets of cow urine, which they drink at random intervals.

But the MSS can also be menacing.

They threaten intellectuals and police people’s lives and opinions. Their most threatening ambition is the Lakshman Rekha project, which aims to deprive women of any autonomy and places them under the guardianship of their male relatives.

This simmers like coal through the narrative of the novel and becomes a reality in the final chapters when it becomes a law.

A casual reader might feel that this dystopian aspect is out of sync with the realistic novel. But, it would be best to remember that rights we take for granted – choosing our professions, partners, owning property – were won by women only in recent history.

Many in India and around the world still do not enjoy the benefits of these rights, and these hard-won liberties can be snatched away only too easily. Take for instance the Medical Termination of Pregnancy (MTP) Amendment Bill 2020, which critics argue deprives women of autonomy over their bodies.

In the backdrop of this dystopian landscape unfolds the private drama of Shashi Mallick and Nayantara Mallick – a mother-daughter duo. The relationship between mothers and daughters has been explored in recent novels such as Avni Doshi’s Girl in White Cotton (shortlisted for the 2020 Booker Prize) and Dharini Bhaskar’s These, Our Bodies, Possessed By Light.

“When women begin to write about women, how can the mother-daughter relationship be far behind?” Ghose told The Hindustan Times earlier this year. For much of the novel, Shashi and Tara, as Nayantara is known, live distinct lives, estranged by the death of the former’s husband and latter’s father, Robi Mallick. But their reunion, in the end, contains radical possibilities.

The narrative begins with Robi’s death. Metaphorically, it is the death of the patriarch and also an inversion of the opening of Camus’ The Stranger, in which the narrator-protagonist reveals the death of his mother. Such literary references are littered throughout the novel.

For instance, the opening line of The Illuminated – “Shashi Mallick knew that she would have to do the cleaning herself” – echoes the famous opening like of Virginia Woolf’s Mrs Dalloway. There are also detailed references to Sanskrit texts, which Tara, a PhD scholar, reads, and to philosophy, which Shashi studied as a student.

The insertion of Sanskrit is an important narrative choice. The events that unfold at an institute of higher education in Mysuru in the novel could have taken place anywhere else. It could have also happened in a physics or management department instead of a Sanskrit department, as it does. Locating it in the language department allows Ghose to bring in an enormous amount of Sanskrit poetry and theatre. This elevates the novel in the same way Alexander Pope had transformed his poem The Rape of the Lock from a burlesque to a mock-heroic between its 1712 and 1714 editions.

Language, of course, as Paul Celan has shown us, is also the landscape of the rhetorical contest against totalitarianism.

Ghose’s own use of language is artful, even deceptive in delivering its message without raising flags. The dense political or theoretical discussions in the novel do not stick out but are subsumed into prose that is as smooth as the single malts Robi Mallick would have approved of.

Words of other languages – Hindi, Sanskrit, Bengali – fly in and out of the many windows of this novel but do not strike any jarring notes. One can barely detect any hesitation characteristic of debutants. Ghose, of course, is no novice. She has two masters degrees and has worked in senior editorial positions at Mint Lounge and Vogue India. The breadth of her research is reflected in the crystalline characteristic of her prose.

In some ways, the novel is also a critique of privilege. Ghose describes the upscale neighbourhood where Shashi lives:

“Shashi had understood a few years into their move to Delhi that people like the ones who lived in their colony didn’t need money in their bank accounts. …They carried it in their voices as they… made calls to place their children in internships with the city’s top law firms and media houses.”

Her characters mostly occupy these elite spaces — an affluent Bengali household in north Kolkata, the home of an investment banker in New Jersey, an institute of higher education in Mysuru, a retreat in Dharamshala. Shashi and Tara are ‘upper’ caste Boddis, famed for their professional and cultural achievements and ambitions.

Ghose makes no excuses for her characters. She allows them to err, to fall, and then to pick themselves up.

A life of privilege lulls them into believing that they will be untouched by radical changes proposed by the MSS. Tara, for instance, begins to question her privilege only when she misses out on a coveted fellowship, an experience alien to rich and famous architect Robi Mallick’s daughter. Shashi decides to sell off her home in New Delhi and move to the newly formed state of Meenakshi only when the MSS and its Lakshman Rekha project make it impossible for women to own property. It is only major personal or political crises that jerk them out of their complacent skins and forces them to take radical action.

Also read: Textbook Authoritarianism Is Playing out in India

It is in offering solutions to the crises that the novel falters. The idea of a new state, ruled by women, is too utopian, especially because the state will continue to be a part of — and dependant on — the country now ravaged by the MSS’s virulent ideology. And, there is a hint of totalitarian tendencies in the name of the state and its chief minister being the same. How will K.C. Meenakshi, the chief minister of the new state of Meenakshi, deal with dissent?

Similarly in the personal sphere, Tara decides to confront Amitabh Dhar, a celebrity American-Kashmiri academic who discards her after an affair. Her friends suggest that she should use social media, but she decides to initiate departmental proceedings. However, as we know from #MeToo, confronting one’s accuser is only the beginning of a lengthy battle. These are not solutions that one might have hoped to arrive at the end of a finely crafted narrative.

The ending of this novel is a series of beginnings, of hope. Maybe that’s all we can have for now. Or maybe Ghose is planning a sequel.