Manimugdha Sharma's innovative and charming narrative style is not something that the discipline of history is used to.

It is perhaps a curious paradox that in today’s India, when heaping abuse on medieval India’s Muslim rulers – and the Mughals in particular – on TV channels and social media is the sine qua non of fervent patriotism (“Akbar was like Hitler”, announced one such profound commentator), some adventurous young scholars are headed in the opposite direction and are digging deep into Mughal history with great empathy and understanding.

Interestingly several of them have not taken to history as a profession; yet theirs is far from the instant history that earns one headlines in the media if it emanates from ministerial or patriotic depths. Retired diplomat T.C.A. Raghvan’s masterly study of Bairam Khan and Abdur Rahim Khan-i Khanan in Attendant Lords (2017), Natural Sciences trainee Ira Mukhoty’s sensitive portrayal of imperial Mughal women in Daughters of the Sun (2018), journalist Parvati Sharma’s competent biography of Jahangir, An Intimate Portrait of a Great Mughal (2018), and now Allahu Akbar: Understanding the Great Mughal in Today’s India from yet another journalist, Manimugdha Sharma. Perhaps a Freudian response?

Sharma announces at the outset that his is not to be read as a linear biography of Akbar – though it is that too in spite of him – but how it holds a mirror to today’s India, in particular, and elsewhere. This he does in two ways, one by recounting the grandeur of Akbar’s vision for his subjects and his empire, and the other, by narrating any event and breaking off into massive distances of space and time and sometimes just about the other day around you, with a touch of affinity with the broken story.

This is a very innovative and charming narrative style that the discipline of history is not used to. Sometimes detours run into pages, at others a quick digression does the trick. Just one illustration: on page 62, Akbar’s first major adversary Himu is seated on his elephant at the second decisive battle of Panipat in 1556. 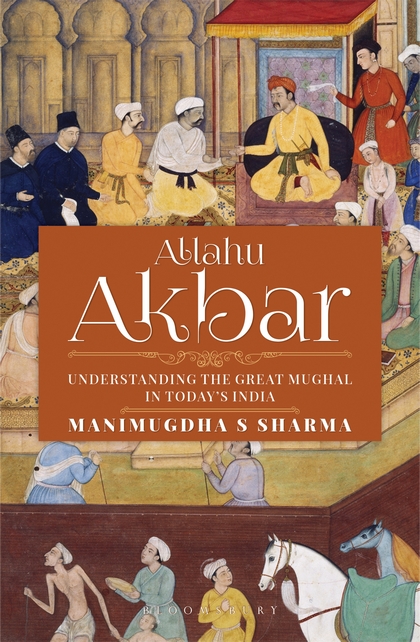 Having noted this, Sharma branches off to various battles fought with the deployment of elephants over the next six pages ranging from Alexander in 326 BC, to Pyrrhus (280 BC), Timur’s in 1398 in Delhi going on to Muhammad Shah’s confrontation with Nadir Shah in 1739 before returning to Himu and Panipat. None of the details are flippant. Yet elsewhere some delightfully playful asides liven up the narrative: “The new (Afghan) king Islam Shah … carried out an almost Stalinist purge among the nobility” (p. 33); or with the marriage of the Kachhwaha princess to Akbar, “Acche din (good days) arrived for the Mughals and the Rajputs…”.

The heart of this delightfully readable book is, of course, highlighting the vision of the great Mughal who could cut through the various dividing lines within the ruling class and reach out to the subjects. His greatest strength was the ability to think and decide for himself, which always implies a challenge to all modes of received wisdom. The ability to weave one’s own way through contentions.

Akbar was in the habit of raising profound philosophical to quotidian questions. If he asked why should Islam, which was the youngest of all religions in his time, have ipso facto primacy over other, much older ones which were imbued with profound philosophic meditation, he also asked why should Persian language script (official court language) have several letters for the same sound instead of having just one, or, why should a man and woman be required to purify themselves with a bath after having sex rather than before? Or why should only sons and not also daughters inherit property from their father? And so on.

But above all Akbar transformed the idiom of governance from one of exercise of unbridled power to one tempered by the notion of paternalism. Akbar was not the inventor of this notion; most civilisations throughout history have nurtured it. But Akbar made it a, or rather the, guiding ideology of his state.

He took it so seriously that he observes that if he had grown mature earlier he would never have married any woman from within his empire for every woman there was like his daughter! Paternalism implied non-discrimination against anyone on any ground. Hence his principle of sulh-i kull, absolute peace for all.

This is the lasting relevance of Akbar’s legacy which Sharma has brought out with such charm and which is under threat from the present-day secular democratic state.

He also takes on the various films and TV serials, past and present centred on Akbar, which this reviewer has not been able to bring himself to watch, graphically analyses not only the content but also the intent of these ventures and passes some very critical judgments, including critical appreciation.

Even as the book is empirically very sound, based on in depth research – as indeed all the books mentioned above all are – there is the beauty and the holding quality of a grand novel in the writing. Hard to put down and go off to sleep. Its title itself is unusual; forsaking the simpler and common Akbar, it adds Allahu to the name.

Akbar delighted in the double entendre embedded in Allahu Akbar: Allah is as great as Akbar or Akbar is as great as Allah. Once asked by his courtiers to clarify his claim, he smiled and kept silent; on another occasion he actually denied it. Point made: he would have it either way, through silent affirmation and through a strategic denial.

Harbans Mukhia is the author of The Mughals of India.