Book Excerpt: How Can an Idea Acquire Unimaginable Power?

In this excerpt from Jeyamohan's book 'Stories of The True', a Gandhian explains how ideas for the morrow can be underscored. 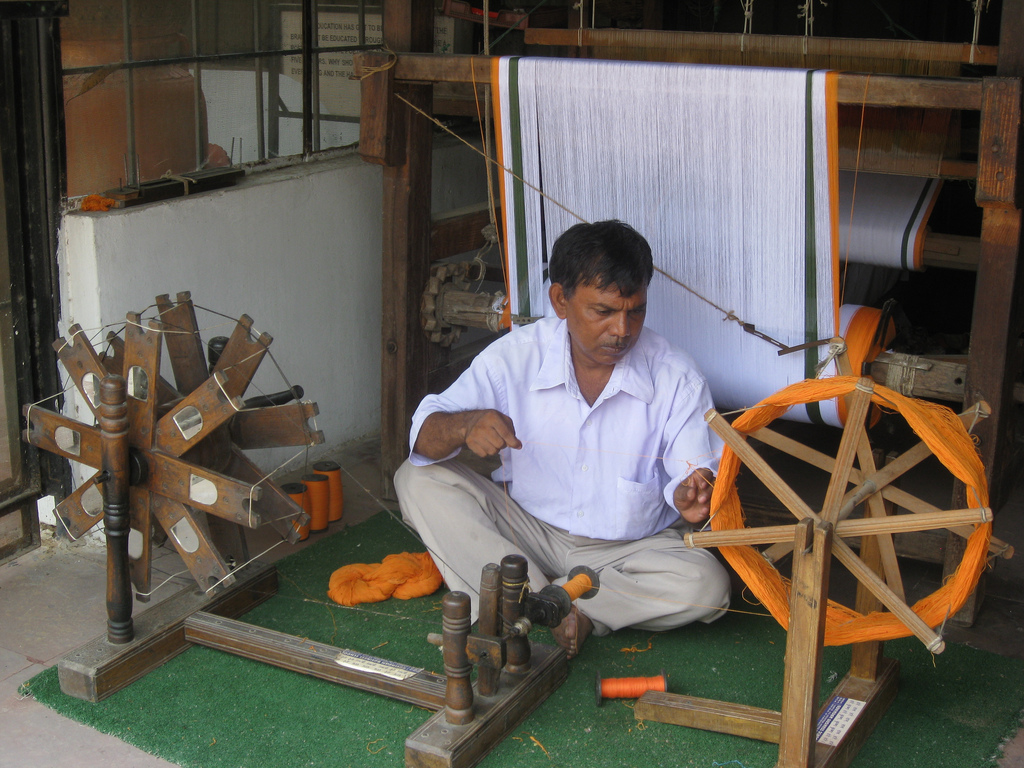 An excerpt from the short story ‘One World’, from the collection Stories of the True by Jeyamohan, translated from Tamil by Priyamvada Ramkumar.

The jeep bounced and trundled along the muddy roads. Garry Davis travelled in silence, gazing out at the small tin huts, the side lanes blocked by big cows chewing cud, the sloping potato fields with water sprinklers that swivelled and spat in bursts. He waved cheerily at children. When a dog chased our vehicle and barked its head off, he met my eyes and laughed. I wished to talk with him. But I felt I wouldn’t be able to strike up a conversation during the drive. As soon as we reached the Ambadevi ashram, Ambadevi herself – an elderly, saffron-clad lady, with a crown of matted hair – came out to welcome Garry. ‘Hari Om,’ she said, as she greeted him. ‘Om! The absolute is adorable,’ responded Garry, and winked at me.

After he had extended his courtesies to Devi, we sat down on the veranda of the ashram, waiting for a young monk who was to be our guide. The garden out in front was in full bloom. Like girls with infant siblings perched on their hips, the plants slumped under the weight of their own blossoms.

‘I spent my day reading about you,’ I said.

‘Hope it was interesting,’ he said, with a twinkle in his eyes.

I laughed. ‘I have to say, I am not entirely convinced about your activism.’

‘You travel to a country of your choice in order to talk about your idea. You break their laws and get jailed. But what do you wish to achieve by going to prison?’ ‘Must I explain civil disobedience to Gandhi’s own country?’ he asked with a smile. ‘If a law comes in the way of basic humanity or impedes the spiritual growth of man, every human being has the right to break such a law. In fact, we are duty-bound to break it.’

‘But we are talking of countries that are not your own.’

I struggled to articulate the question in my mind. ‘You undertake this as an act of rebellion. But when you do it as a lone man, the act is reduced to mere playfulness,’ I argued.

‘All I do is put forth my ideas. I plant the seed of my dream of a unified world wherever I go.’

‘But why go to jail for that?’

‘The entire world is composed of ideas. The proliferation of the media in the twentieth century has led to a real surfeit of ideas. Billions and billions of them. Every idea is backed by its own logic. One might argue that there is a need for this multiplicity too. But the reality is that no one engages deeply with these ideas today. Out of the many billions, which ones will draw your attention? Which ones will come to be accepted? From amongst the many thousands of sentences in a book, which line will catch the eye of a reader who only skims through its pages?’ He put a hand on my shoulder, looked into my eyes and said, ‘The line that is underscored.

‘My young friend, how does one underscore a sentence? There are only two ways. One is through authority. A sweeping majority of the ideas that are popular amongst us today are those propounded by authority and drilled into our heads through propaganda. But ideas for the morrow are seldom backed by the might of authority. So, how does one underscore them?’ He patted me again. ‘Through sacrifice. That is the only way. When I go to prison for my ideas, those ideas become impossible to brush aside. If a man is willing to give up his belongings, his life, give up every last thing that is his, all for the sake of an idea, that idea acquires unimaginable power. That, in fact, is the Gandhian way.’

I sighed, taking his words in.

‘I learn everything there is to know about a country before I visit it. I satisfy myself that there already exists an intellectual movement in that nation. After that, I land up there and challenge their laws. I advocate for myself in their courts. I write to their newspapers and their intellectuals. For as long as I stay in prison, I go on speaking about my ideas. It offers the best way for me to place my idea in the intellectual milieu of another.’

Once the young monk arrived, we set out. After a while, the jungle roads that bordered Emerald Estate began to climb uphill. Giant green mounds of mountains stood afar in deep quietude. In the distance, where the farthest mountain pierced the sky, the Nilgiri tahr moved as small, languid dots against the horizon. The evening was yet to turn crimson, but the light was fading fast, rendering the air nippy enough to make us shiver. I had a thick sweater on – I never take it off when I’m in Ooty. The khaki shirt was all that Garry was wearing.

Quite unexpectedly, Garry started the conversation this time. ‘Before I arrived here, I was in a prison in South Africa for four and a half years.’

I stopped in my tracks. ‘Four and a half years!’

‘Yes. It was a seven-year sentence, but they let me go.’

I did not take my eyes off him. He continued talking as we hiked up the hill. ‘I had never been in solitary confinement until then. They locked me up all alone. I spoke barely a hundred sentences in those four and a half years. I was not granted permission to write, there was nothing to read and there was no access to any kind of media. Complete solitude.

‘To be alone, is an excellent exercise. When we are alone, we witness our inner selves by projecting it onto the surrounding ether. Everything in our mind is amplified – from one to a hundred, to a thousand. For those who cannot bear themselves, solitude is the greatest hell there is. As a matter of fact, for most people, hell is being alone. Sartre was wrong. Hell is other people, he said. If they had locked him up alone, he would have changed his mind. No Exit, the play he wrote, talked of group and not solitary confinement.’