Most mysteries are set in the past but contemporary Mumbai is not missing either. 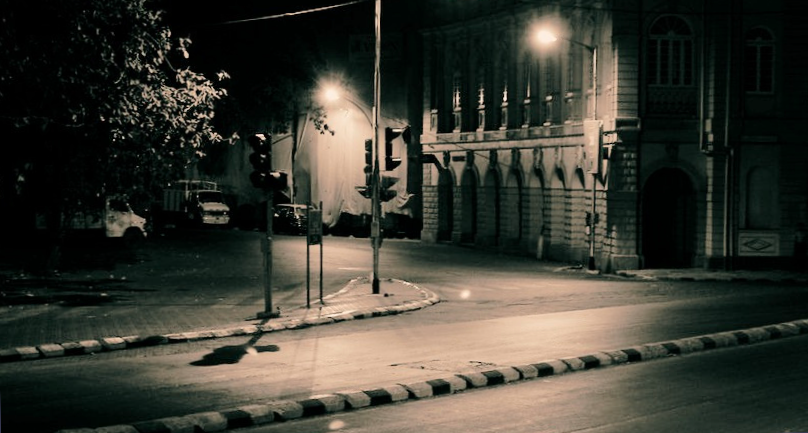 For a city of its size and layered social complexity, Mumbai has been poorly represented in detective fiction. Many Hindi crime films were set in Bombay in the 1950s, but books have been few and far between.

Satyajit Ray’s Feluda, the intrepid Bengali detective who roamed about the country for his investigations, is a hardcore Calcutta man. He came to the city in the mid-1970s in the Bandits of Bombay. Surendra Mohan Pathak, the best-selling author, set one book, The Colaba Conspiracy in Mumbai. A local writer Ahmed Bungalowala wrote about a private detective – Shorty Gomes, who sounded suspiciously like Philip Marlowe – but the book didn’t cause any waves. Kalpana Swaminathan’s female detective Lalli too must be mentioned, as also Marathi writer Gurunath Naik who set his stories in Mumbai with Major Avinash and Captain Deep.

There was of course Inspector Ghote, but he was created without H.R.F. Keating visiting Bombay – he got the details, even the cadence right, but Ghote was never an organic character like Marlowe or Holmes or Rebus, who knew every part of the city.

It looks like a good roster, but none of the protagonists really can be identified with Mumbai the way Holmes can be with gaslit London of Victorian Times.

But suddenly, a flurry of new writers has emerged and more seem to be on their way.

Murder mysteries set in Mumbai are quite the trend it appears. Nev March, Sujata Massey and Vaseem Khan – all based abroad – are the new names in this genre. Curiously, they have all set their books in the past – the first two in pre-Independence India, the last in a freshly independent one, though he also has a series based in the exuberance of the post-liberalised country. 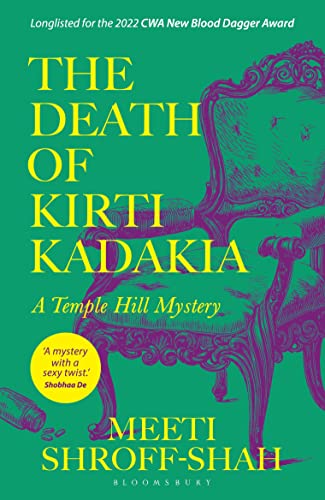 The latest to join their ranks is Meeti Shroff-Shah, whose first book, The Death of Kirti Kadakia – a Gujarati murder mystery (also known as a ‘Mumbai murder mystery’) – is set in present day Mumbai, among the Gujarati Jains of the posh neighbourhood of Temple Hill, a thinly disguised version of Malabar Hill.

Radhika Zaveri returns to India after a long stint in the US. She has a broken relationship behind her, she is facing a writers’ block and doesn’t have much to look forward to, except facing the numerous aunties and uncles who undoubtedly will react to her with pity and malicious gossip. Before she can even get her parents’ old flat cleaned up to move into, she finds out that her best friend Sanjana’s cantankerous father Kirti has died, seemingly by suicide. Radhika, with time hanging on her hands, sets out to get to the bottom of the mystery.

Shroff-Shah evokes Mumbai – at least one part of it – its shops, food joints and the lives of the rich Gujaratis, with their retinue of servants and somewhat claustrophobic lives. It is a good idea, to locate the murder mystery in one particular social and ethnic milieu, since it offers an opportunity to explore its habits and quirks. 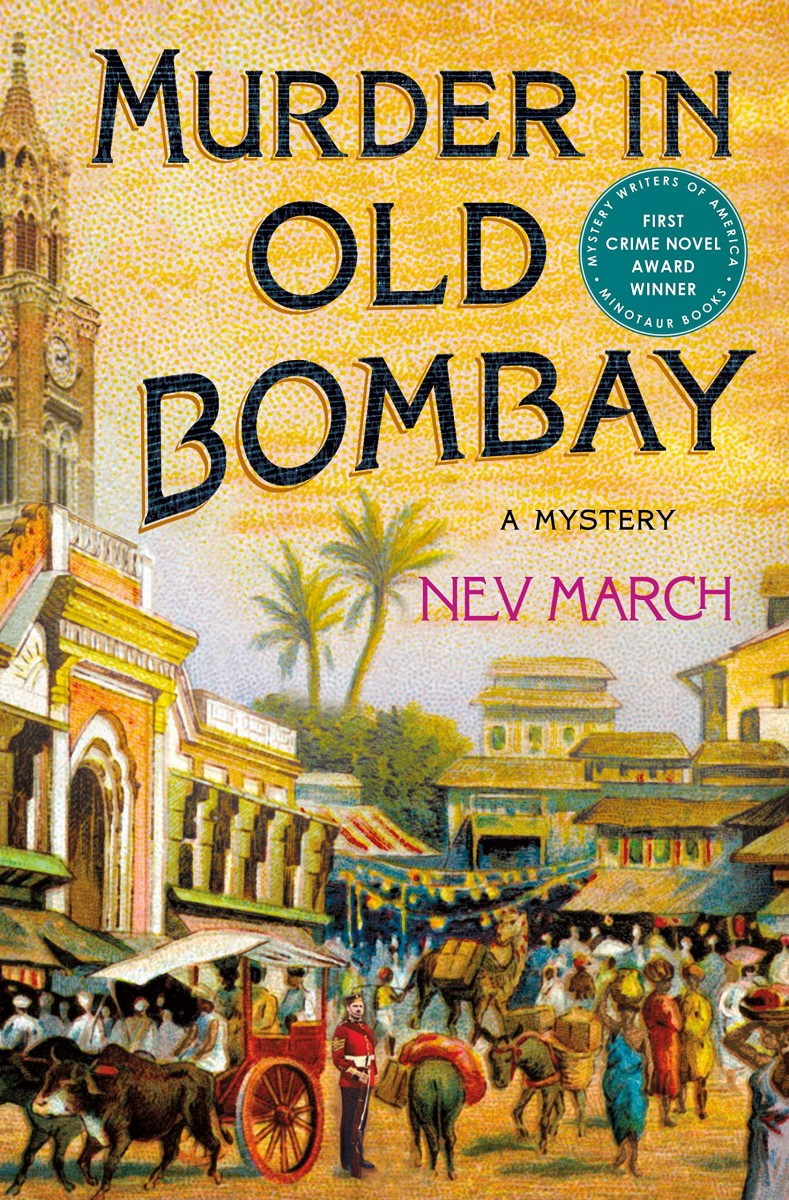 The other three writers have all chosen to write, coincidently, about the Parsis, the minuscule community that has a larger than life presence in the city. Nev March’s novel, Murder in Old Bombay, goes back to the last century when a decommissioned Anglo Indian army man, Captain Jim Agnihotri – who faces his own set of prejudices – sets out to uncover the mystery of two young women, sisters in law from one of the best known Parsi families of the city jump to their death from the top of the Rajabai Tower. This is based on a true incident that happened in 1891 and remains unsolved.

The quest takes the Captain to different parts of not just Bombay but also to other parts of British India, as he delves deeper and deeper into the deaths of the two women. The story is interesting enough though the author tends to over explain and give us a running commentary about what the Captain is thinking and his opinions of what people tell him. Mystery writers do not use this device, leaving it to the reader to decipher the various accounts from eye witnesses and others. It is a tome of a book, but still interesting in its evocation – of the lives of the rich and the grungier parts of the city – of Bombay.

Sujata Massey also, like March, is based in the US. She has written three novels – The Widows of Malabar Hill, The Satapur Moonstone and The Bombay Prince – all set in the 1920s and featuring Perveen Mistry, the first female lawyer of the city who works in her father’s firm.

Mistry couldn’t study law in Bombay – there was no provision for it – and went to England to complete her studies. In The Bombay Prince, she investigates the murder of a young student during the visit to India of the future Edward VIII. Mistry’s quest takes her to posh venues but also to jails, but she is relentless. Massey’s invocation of Bombay is full of colour of what the city was like, though occasionally she slips up – Mistry’s favourite watering hole is Yazdani, but the Irani restaurant, famous for its baked goods, did not exist at the time – it opened only in the 1950s. As heroine, Parveen Mistry is a feisty character, not letting her gender get in the way of her adventures.

‘The Widows of Malabar Hill’, ‘The Satapur Moonstone’ and ‘The Bombay Prince’ by Sujata Massey, Soho Crime.

The UK-based Khan is the most prolific of them all. He has two running series – the Baby Ganesha Agency and the Malabar House books, both different from each other. Khan, who lived in Bombay in the 1990s, sets the seven Baby Ganesha novels in the post-liberalisation period.

The Agency belongs to Inspector Ashwin Chopra, a former police officer who had to quit because of health problems. He keeps a baby elephant as a pet which goes with him everywhere, literally. As if this was not unlikely enough, Chopra is said to have been born in a small Maharashtrian village where he also met his wife, who is nicknamed Poppy. The books are fun reads, and he writes about a Bombay he saw first hand, full of new consumer goods and optimism.

Malabar House is the name of a police unit where “unwanted” cops are housed, a team that includes Persis Wadia, who is a bit of a loner, facing male chauvinism but nonetheless a gutsy investigator who cracks the mystery of the murder of Sir James Herriot, a British diplomat and socialite, who is killed at his own home on December 31, 1949, even as a New Year eve party is in progress on the ground floor. 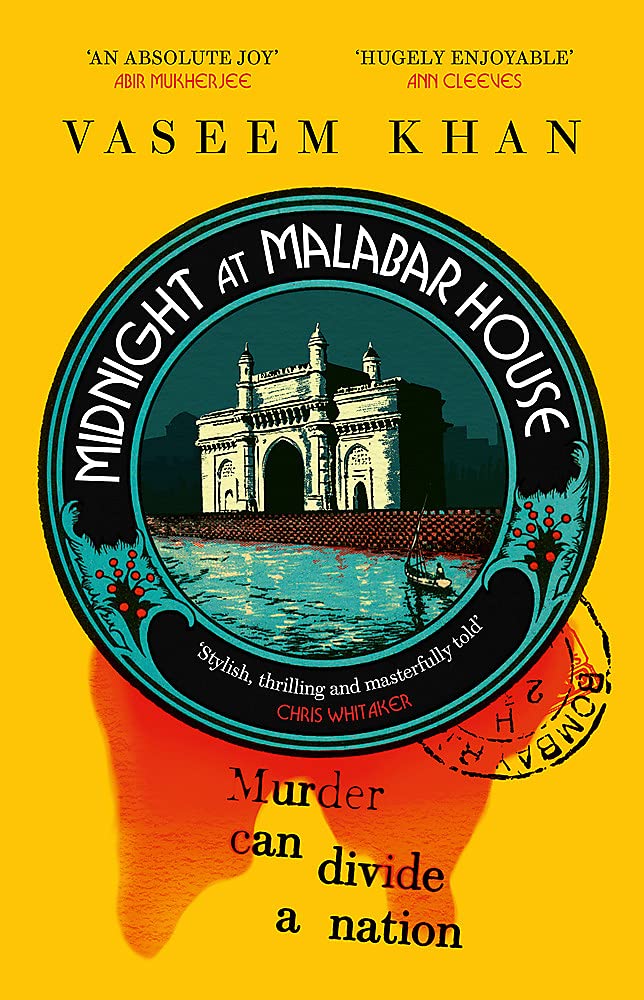 Herriot lives in Laburnum House, a ‘two storied cubist monstrosity’ on Marine Drive, which is highly improbable because all the buildings on the sea facing stretch were five storied. Wadia, along with a Scotland Yard ‘criminalist’ Archie Blackfinch pursues the case in Bombay society and as far afield as Punjab.

The tension between them – personal and professional – is well portrayed, as is the denouement, though the obsessive and experienced reader of detective novels can see it coming, even if the motives remain unclear. The unveiling of the killer is another skill that writers have to master (no spoilers here).

All these detectives promise to be with us for some time.

Captain Jim is back in Peril at the Exposition. Persis Wadia will now investigate a theft in the Asiatic Society in The Dying Day.

Malabar House has won the prestigious Historical Golden Dagger award of the Crime Writers Association so Khan has an incentive to keep this series going. Parveen Mistry and Inspector Chopra have already solved a few mysteries. No doubt Radhika Zaveri will be back again.

Bombay, of another time, and Mumbai of the present, may soon get the detective it deserves.