Hated in the Present for Digging Into the Past: Audrey Truschke on Writing About Aurangzeb

The many who condemn Aurangzeb cannot be swayed because they base their ideas on an ideology of India as a Hindu nation, in which Muslim rulers are inherently illegitimate, rather than on documented historical facts. 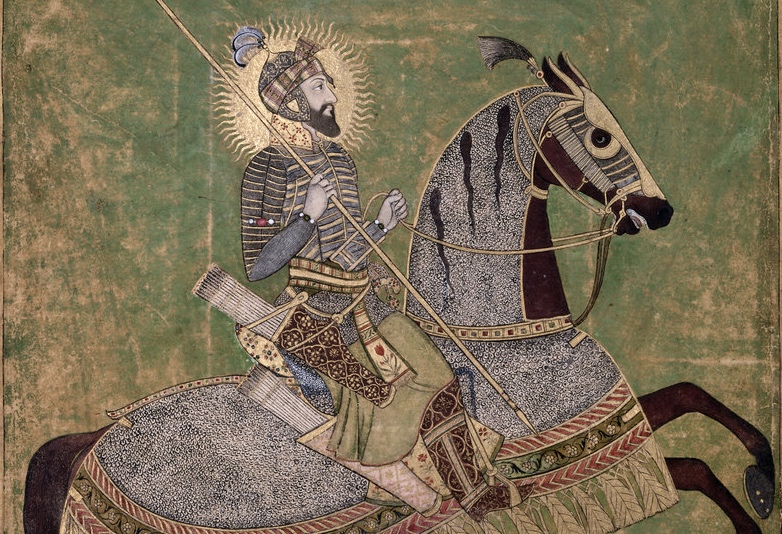 In 1700, the Mughal emperor Aurangzeb was arguably the richest, most powerful man in the world. He ruled for nearly fifty years, from 1658 until 1707, over a vast empire in South Asia that boasted a population exceeding the entirety of contemporary Europe. Today, he has been forgotten in the West.

In modern-day India, however, Aurangzeb is alive in public debates, national politics, and people’s imaginations. From Mumbai to Delhi to Hyderabad, Indians debate his legacy and, overwhelmingly, condemn him as the cruelest king in Indian history. The list of charges against Aurangzeb is severe and, if they were all true, shocking. Aurangzeb, a Muslim, is widely thought to have destroyed thousands of Hindu temples, forced millions of Indians to convert to Islam and enacted a genocide of Hindus. As I am reminded daily on Twitter, many Indians sincerely believe that Aurangzeb was Hitler and ISIS rolled into one with a single objective: to eradicate Hindus and Hinduism. 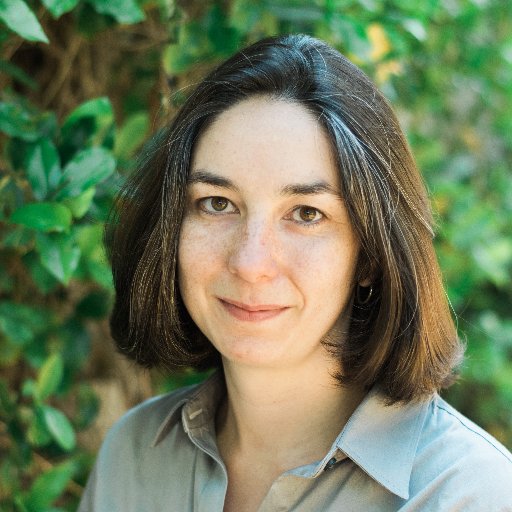 My narrative of Aurangzeb in Aurangzeb: The Life and Legacy of India’s Most Controversial King – based on extensive research and relying on primary source documents – does not match his current reputation. Accordingly, much of the response to Aurangzeb in India, published in February 2017 under the title Aurangzeb: The Man and The Myth, has been fierce. I am the target of daily, sometimes hourly, hate speech on social media. I am regularly attacked on the basis of my gender, nationality, race and perceived religion. I have even faced (so far, limited) calls to ban Aurangzeb and even to ban me from India. In this post, I explore the roots of the controversy over Aurangzeb, my role therein as a historian and the harsh realities of producing historical analysis in a world where many privilege politically expedient falsehoods.

Aurangzeb as a lightning rod for controversy

Aurangzeb is controversial not so much because of India’s past but rather because of India’s present. Twenty-first-century India is plagued by religious-based conflict, especially between Hindus and Muslims, India’s religious majority and its largest religious minority, respectively. As the minority, Indian Muslim communities are in the weaker position. They are often demonised as anti-national, less Indian than Hindus and tend to bear the brunt of religious-based clashes in terms of the loss of human life and livelihood.

Among the charges levelled against modern-day Indian Muslims are that they are literal and figurative descendants of people like Aurangzeb, who allegedly destroyed India and crushed Hindus. Such ideas rest heavy on V.S. Naipaul’s idea of a “wounded civilisation”, the theory that India was subjected to repeated defeats over the centuries, including by generations of Muslim conquerors that enfeebled the people and their land. The belief – shared by many in India – that Muslim invaders destroyed their glorious culture, religion and homeland is neither a continuous historical memory nor is it based on accurate records of the past. But, for those who subscribe to this view, it is laden with real emotional investment. Many in India feel injured by the Indo-Muslim past and their sentiments –often undergirded by modern anti-Muslim sentiments – drive the current controversy surrounding Aurangzeb. 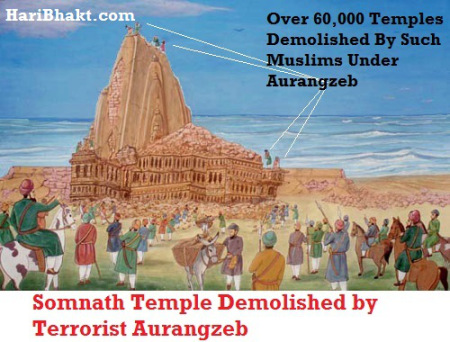 As a historian, I strive to accurately reconstruct and understand the past. This agenda puts me at odds with Aurangzeb’s modern detractors on several counts. For starters, I ask different questions. I want to understand Aurangzeb as a product and shaper of his times. Accordingly, I ask about historical causality instead of, say, whether Aurangzeb’s reign was good or bad according to modern, egalitarian, democratic norms. Moreover, I seek explanations for Aurangzeb’s behaviour grounded in the terms of his day, not ours.

Part of a historian’s job is to set the record straight and here I enrage many. As I explore in my book, some of the most serious charges against Aurangzeb have been exaggerated or misconstrued from the historical record. For instance, evidence suggests that he destroyed a few dozen Hindu temples at most (not thousands) and largely for political reasons. Moreover, he was wary of conversions and relatively few Hindus adopted Islam in Aurangzeb’s empire. The small number of conversions is indicated, for example, by contemporary news bulletins that listed individual converts, often by name. Aurangzeb warred a lot and so killed many. However, he attacked Hindus and Muslims alike (to the great chagrin of other Muslim polities in India) and did not try to exterminate Hindus. But many who condemn Aurangzeb cannot be convinced on such matters because they base their ideas on an ideology of India as a Hindu nation, in which Muslim rulers are inherently illegitimate, rather than on documented historical facts. I cannot convince those who espouse faith in a vision of the past that is not open to interrogation.

As a historian, I critically read premodern sources, and here I infuriate some people and confuse others. Many contemporary readers think that if somebody alive during Aurangzeb’s reign or shortly thereafter wrote that a particular event happened then it must be true. In reality, Mughal sources frequently present what we might now term “alternative facts”. For example, some Mughal texts brag about temple destructions, including temple destructions that were not carried out. Aurangzeb’s modern detractors cite such sources at face value because these narratives feed into their image of a bigoted, Islamist fanatic; they ignore sources –sometimes the same sources – that talk about Aurangzeb’s patronage to Hindu and Jain temples. In contrast, I read premodern sources holistically and in context, embracing Aurangzeb’s complexity and sifting state mythology from historical reality where possible. 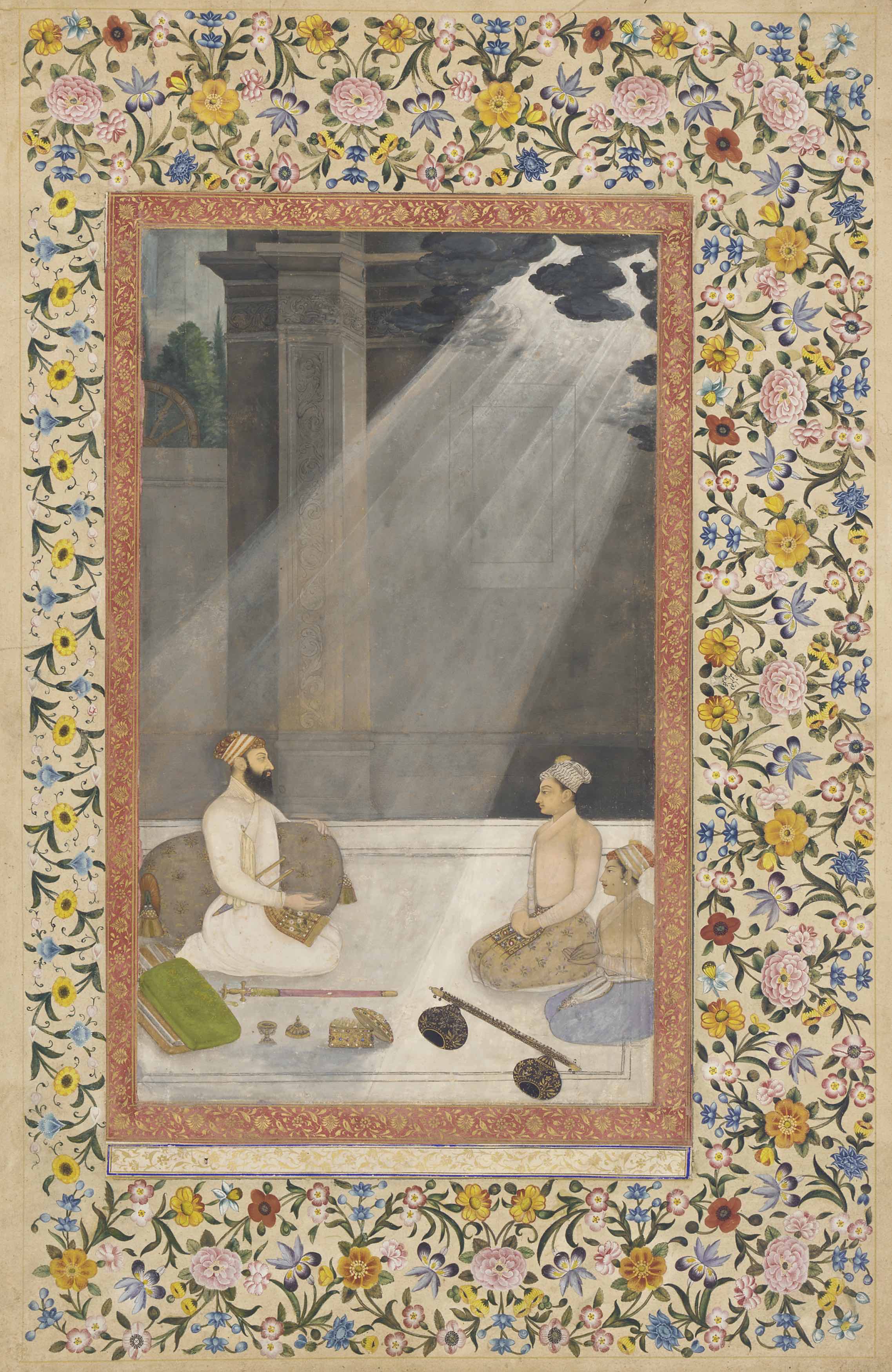 Aurangzeb in a Shaft of Light, from the St Petersburg Album, attributed to Hunhar, circa 1660. Courtesy: Stanford University Press

I also analyse the modern politics of Aurangzeb. My biography of the king opens with the erasure of his name from a well-known road in Delhi in 2015. I argue that the narrative of Aurangzeb the Bigot, which crops up largely in polarizing debates about Indian national identity, has more to do with modern politics than premodern history and is a byproduct and a catalyst of growing intolerance in India.

The perils of publishing on premodern Indian history

India lacks the freedom of speech protections of the US. The Indian government bans books, on both federal and state levels. In addition, in the last few decades, American scholars have been subjected to lawsuits on the basis of their academic work and vigilante campaigns of violence. A chief concern, legally, is section 295(a) of the Indian penal code, which criminalises insults to religious feelings done with deliberate and malicious intent. As Wendy Doniger, a leading scholar of Hinduism, has pointed out, this law, in theory, criminalises even accurate statements about Indian history if such sentiments offend any religious community in India, a diverse country of over 1.3 billion people.

Both authors and publishers are rightly wary of running afoul of Indian laws, and so some Indian publishers perform legal reads of potentially controversial books such as Aurangzeb. The goal of a legal read, conducted by an Indian attorney, is to identify passages that could – in good or bad faith – be used as the basis for a costly lawsuit. For Aurangzeb, the legal read flagged several passages concerning Shivaji, a military opponent of Aurangzeb who is lauded today, ahistorically, as a champion of Hinduism who fought against big bad Muslim despots. In accordance with legal advice, I censored parts of the Shivaji chapter in the Indian edition of Aurangzeb.

Beyond the legal restrictions on publishing in India, there is the hate mail. Most of the vitriolic messages and trolling are forgettable, but some of it is chilling. I still remember the first time somebody wished for my death on Twitter: the individual tweeted a picture of piled-up Holocaust victims at me along with the hope that another Hitler comes back and does the same to me. I am wearied, too, by the sexist language. I have been called a b***h, whore and c**t more times than I can recall, because I dare to write on Aurangzeb, a 17th-century Indian king.

As unpleasant as personal insults can be, this abysmal level of discourse attests to how vital historians are today. One point on which I agree with my detractors is this: Aurangzeb matters in the modern world. My biography of India’s most despised king seeks to enliven the historical emperor – in all of his complexities and contradictions – and thereby enrich our grasp of the past and our ability to live in the present.

Audrey Truschke is assistant professor of history at Rutgers University. She is the author of Culture of Encounters: Sanskrit at the Mughal Court and, most recently, Aurangzeb: The Life and Legacy of India’s Most Controversial King.

This article originally appeared on the Stanford University Press blog.