A Treasure Trove for Dissenters

'India Dissents', edited by Ashok Vajpeyi, leaves you with thoughts that make you understand the value of Indian citizenship. 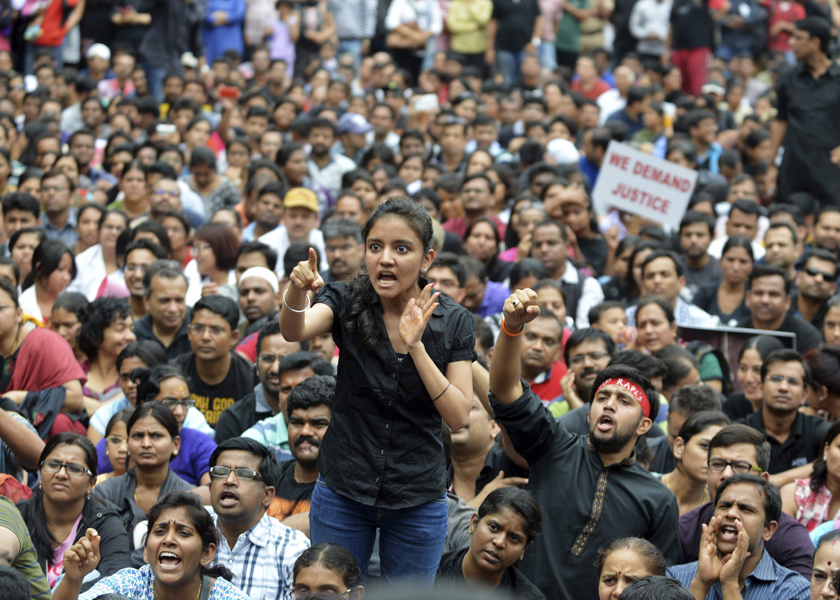 "In just over three years in office [the BJP] has either directly suppressed dissent, especially on the university campus, by terming it anti-national, or has kept quiet when Dalits and minorities have been attacked, often brutally by social outfits affiliated to it," Vajpeyi writes. Representative image credit: Reuters/Stringer

“In just over three years in office [the BJP] has either directly suppressed dissent, especially on the university campus, by terming it anti-national, or has kept quiet when Dalits and minorities have been attacked, often brutally by social outfits affiliated to it,” Vajpeyi writes. Representative image credit: Reuters/Stringer

In 2004, a friend of mine working for the American National Nuclear Security Administration came back to Washington DC from a meeting in Europe. Mightily irritated at the proceedings, she snapped at me, “You Indians know that not every speech has to begin from the 17th century and go on for an hour?”

It was a year after that that Amartya Sen’s The Argumentative Indian came out, making the case for an Indian history of plural argument. Suffice it to say that foreigners were well aware of the Indian penchant for dissent, or at least for grandstanding speeches. V.K. Krishna Menon had done much to establish this claim in the UN when he made an eight-hour speech in 1957 defending Indian claims to Kashmir, over two days. To paraphrase a former foreign secretary, Indian power was largely limited to words, so we used them.

This is an aspect that Sen elided in his book. There is more than one aspect to Indian argumentation. It can be used to dissent – and widen debate – or harangue or troll, to end it. You can argue for plurality, and also its suppression. Like Sen, Ashok Vajpeyi ignores the latter and focusses on the former. His edited book, India Dissents: 3,000 Years of Difference, Doubt and Argument, is a more honest effort than Sen’s, in this regard. He is speaking for pluralism, and only for pluralism, against the forces that would like to suppress it.

In his introduction, Vajpeyi draws a clear line from the Emergency to now:

The Emergency, imposed by Indira Gandhi’s regime in the mid-1970s, was the first clear evidence of the danger that democracy reduced to mere numbers in Parliament could pose to liberty and human rights… Forty years after that dark period in Independent India’s history, the spirit of democracy is being undermined and subverted once again… In just over three years in office [the BJP] has either directly suppressed dissent, especially on the university campus, by terming it anti-national, or has kept quiet when Dalits and minorities have been attacked, often brutally by social outfits affiliated to it.

In this atmosphere, what Vajpeyi struggles to provide is not merely proof that Indians are argumentative, but rather an armoury of dissenting opinion, rooted in religious and philosophical texts, in the works of authors, politicians, scientists and poets, that help us to take a stand. Vajpeyi’s armoury is designed to strengthen the sinews of those of a particular persuasion (those who would stand for the freedom to dissent), against those of another (those who would shut down freedom of speech and bow before authority). 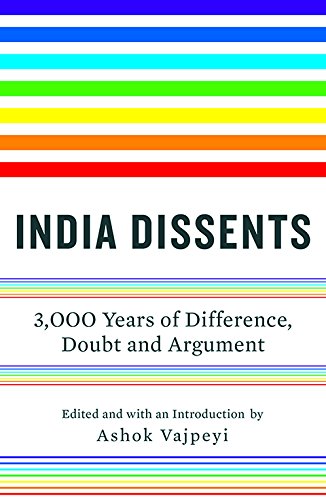 It does the job wonderfully. The Wire has already published an extract from the book, from Ismat Chughtai’s account of her trial for obscenity, but the collection spans a vast range, from Indian epics, to folk poetry, to the constituent assembly debates, to Bhagat Singh’s Why I am an Atheist, to Naxalite poets and modern-day dissenters who are fighting against issues of criminalising homosexuality, the freedom of women and abolishing the practice of instantaneous triple talaq.

Nothing can really do justice to the many lovely bits and pieces that Vajpeyi has put together here. Both the range and the quality of the works he has chosen display an eclectic mind given full play, with access to some of the most intriguing and fascinating writing that India has produced. My personal favourites come from the poetry, whether it is from the 11th-century Kashmiri poet, Kshemendra,

They did not lose the jewel of self-respect
in the pretence of making efforts at serving [a king].
Their heads remained untouched
by the dust on the streets.

To Avtar Singh Sandhu (1950-88) who wrote under the nom de plume of Paash, a revolutionary poet of the Naxal movement:

There is also prose that is of importance, maybe none so interesting as an essay by Naresh Dadhich, the former director of Inter-University Centre for Astronomy and Astrophysics, Pune, who now holds the M.A. Ansari Chair at Jamia Millia University. The essay is titled It’s time Indian scientists answered their call to be responsible citizens, and he writes:

Any attack on the plural fibre of society that acts by constraining freedom and undermining the scientific method should in turn invite strong and effective protest from all stakeholders. This is exactly what one has been witnessing since the 2015 Science Congress at Mumbai University. There was a session in which the scientific method was undermined in the extreme at the altar of nationalism and jingoism. What was most surprising was that all this happened when the scientific programme had been scrutinised by a high-profile organizing committee comprising the country’s top scientists heading various prestigious research and development organizations… there was no visible protest, nor voices of protest from the attending scientists, save a few individual scattered voices outside after the event. 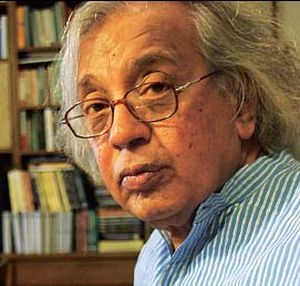 And yet it is the poetry that remains. There is a fantastic poem, an adaptation of Mahmoud Darwish’s Write Down, I am an Arab written in early 2016 by Hafiz Ahmed, an Assamese Muslim, exploring the problems that are now faced by a community under threat of having their citizenship revoked, often on the flimsiest of grounds, titled Write down ‘I am a Miyah’:

Write
Write down
I am a Miyah
My serial number in the NRC is 200543
I have two children
Another is coming
Next summer.
Will you hate him
As you hate me?
…
I have always been
In your service
And yet
You are dissatisfied!
Write down
I am a Miyah,
A citizen of a democratic, secular, Republic
Without any rights
My mother a D voter,
Though her parents are Indian.

It is with thoughts like this that make you understand the value of Indian citizenship, while at the same time questioning what the leaders have dragged it down to, that Vajpeyi leaves you. In the long fight for an open society and the full realisation of the fight for the freedom of Indians in a free India, this book will be an invaluable guide.