'The Heart Truth' About What Kills Indian Women

This excerpt from Aashish Contractor's book shows that heart disease and diarrhoea are among the leading causes of death among women in India. 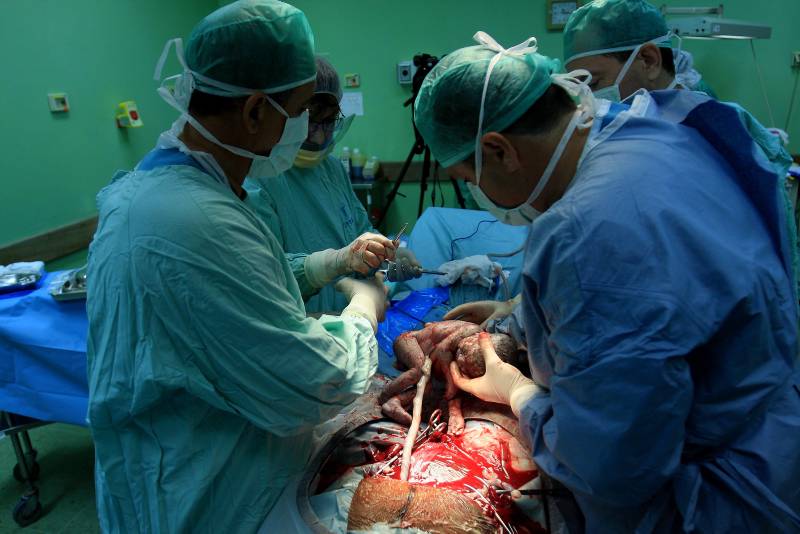 Heart disease and diarrhoea are among the leading causes of death among women, but in India, as Aashish Contractor puts it, women are almost guilty of taking care of themselves. In ‘The Heart Truth’, he has summed his 18 years of experience of treating over ten thousand patients and described how you can treat, rehabilitate and prevent heart ailments.

Sabina Gupta, by all definitions, was the prototype of the successful modern woman. At the age of 53, she ran a thriving confectionary business while taking care of her family at the same time. Sabina’s business supplied cakes and other bakery items to more than 300 clients daily, and she led a very active work life. In between raising a family and taking care of business, she also found time to get in a daily hour of exercise. Her exercise routine varied, but included tennis, running and Iyengar yoga. Of late she had begun noticing a slight amount of breathlessness on climbing stairs, and felt as if ‘something was pulling her back’. She had a very strong family history of heart disease, with several members on both her parents’ side suffering at an early age. Even then, heart disease was the last thing on her mind, since she figured she was a woman, and in any case, she did not have any chest discomfort. Aashish Contractor, The Heart Truth: Everything You Wanted to Know About Prevention, Treatment and Reversal of Heart Disease, Westland, 2016

The chest discomfort did happen. One evening she was having a party on her building terrace, and like all good hostesses was quite stressed about it, wanting everything to be perfect. At first she felt a pain on the right side of her chest, which then spread to her neck. Luckily there was a doctor at the party who recommended that she be taken to the hospital immediately and get tested for a heart attack. The enzyme test (for a heart attack) was negative, and after a few days of rest, she underwent a dobutamine stress echo test. This is an advanced stress test in which the heart rate is raised via a medication given intravenously in place of exercise. Women often tend to have false readings on regular stress tests and are recommended a dobutamine stress echo or stress thallium instead. Her test was positive, and the next step was an angiography. Sabina Gupta, who thought women do not get heart disease, had eight blockages show up on her angiography, and needed a bypass surgery.

Whenever I address a group of women on health issues, the first question I ask them is what they think is the number one cause of death in women. Most of them are usually very shy and do not reply, but those who do invariably say breast cancer. Actually, heart disease is the leading cause of death in women worldwide, and in India too. This is the reason I decided to dedicate a separate chapter on women and heart disease, to highlight its importance. I was surprised to see the statistics which showed that heart disease (to be more accurate, cardiovascular disease, which includes stroke) is the leading cause of death in India, across all categories of men and women: rural, urban, economically advanced states and economically backward states. Clearly, it’s not just a disease of the rich. What is shocking though and a severe indictment of our healthcare system, is that diarrhoea is the second leading cause of death in women in India. Yes, you read that right. And just in case you doubt that (as much as I did when I first read it), let me inform you that it’s from the official Government of India report, and here is the citation: Registrar General of India and Million Death Study Investigators: Final Report on Causes of Death in India 2001-2003. New Delhi; 2009.

Getting back to cardiovascular disease — not only is it the leading cause of death in India for women, but it also kills roughly three times more women than all cancers put together. So why is it that we see such few women in the cardiac wing of hospitals as compared to men?

Where are all the women?

Even though the number of women with heart disease is similar to men, you will find very few women in the cardiac wards of hospitals. There are several reasons for this, both medical and social. From the medical standpoint, heart disease has traditionally never been thought to be a woman’s disease, so when a woman does complain of symptoms such as breathlessness, everyone around her, including doctors, will not think of heart disease as a first diagnosis. The pattern of symptoms exhibited by women is also slightly different from men, which also tends to delay the diagnosis. The other reasons why women receive less treatment are unfortunately social. Indian women are probably the hardest working and most selfless human beings in the world. They play the role of homemaker, wage-earner, mother, wife, daughter, and daughter-in-law all at the same time. They take care of everybody around them, except themselves. Their health is the most neglected, and unfortunately this starts from childhood. Imagine a situation in a household where a 55-year-old man and his 50-year-old wife are both diagnosed with triple vessel disease and are in need of bypass surgery, costing close to 4 lakh rupees. No prizes for guessing which member of the family will get the surgery if there are limited funds. Quite frankly, in many cases, even when the funds are not limited the story is the same.

Women are different from men

The symptoms of heart disease that women experience are often different from those that men feel. Typically, women do not get the classic pattern of angina with pain in the left side of the chest. They are more likely to have atypical angina, in which they could experience discomfort in the shoulders, back, and neck. Also, shortness of breath is often the first and only presenting symptom, making diagnosis tricky, since there are several causes of shortness of breath. When women present with these symptoms to the doctor, and they settle down quickly, they are often dismissed as non-cardiac and further investigations are not carried out.

The risk factors for heart disease are the same among men and women, but they do differ slightly in terms of importance. Diabetes is even more dangerous in women than in men and women with diabetes are three to five times more likely to have heart disease than those without diabetes. In younger women, smoking tends to be an extremely dangerous risk factor and all patients should be questioned about tobacco use. In most parts of India, it’s considered a social taboo for women to smoke and because of this, doctors often hesitate to broach the subject. After asking several women patients whether they smoke and getting reactions ranging from amusement to downright dirty looks, I have learned a new trick. I do ask the question, but ask it in the negative: ‘You don’t take tobacco in any form, do you?’ I have found that this works much better, especially among older ladies who tend to get offended if you ask them about tobacco or smoking. Having said that, you will be surprised to know that 20% of all adult Indian women consume tobacco in some form. Most of this is the smokeless variety, but cigarette consumption among urban women is definitely on the rise.

Women tend to have a higher level of good cholesterol (HDL) than men, but this tends to drop after menopause. Speaking of menopause, up to a decade ago, menopausal women routinely received hormone replacement therapy (HRT). When I was working in the US, we used to prescribe HRT to all post-menopausal women as a heart disease prevention strategy, irrespective of their risk profile. Unfortunately, studies over the last decade have shown that not only is this not beneficial, it may also actually be harmful.

Harshad Desai is a rare breed. I was struck by the care he takes of his wife each time I saw him sitting among all the women in the waiting lounge of the Cardiac Rehabilitation Centre. His wife, Jyotsna Desai, had bypass surgery in July 2005 and subsequently enrolled in cardiac rehabilitation as part of her routine care. Mr Desai would accompany her for all her visits to  the hospital, even when she was capable of travelling on her own. I found her recovery to be much faster than most of our other female patients. In all my years of working in India and the US, I have noticed that when a man is the patient, his spouse always accompanies him to the doctor, usually with other family members in attendance. However, when the woman is the patient, the reverse is usually not true, and she often shows up for follow-up treatment alone or with a maid. The happy ending to the Desai story is that after dutifully accompanying his wife for over two years, Mr Desai himself joined our preventive program, and is in much better health. A happy family is one that takes care of each other’s heart.

Women are so used to playing the role of caregiver that they almost feel guilty when it comes to taking care of themselves. This is also one of the reasons why they often receive less than adequate treatment even after being diagnosed with heart disease. Research has shown that depression is a more potent risk factor for heart disease in women than in men. It contributes directly to plaque formation and indirectly as well, since those who are depressed do not follow their treatment guidelines well. So, for all the men reading this book, I hope you have not skipped this chapter, and from now on pay more attention to the health of the women around you. And ladies, do remember to take care of your hearts — they are very precious.