An Evening With Siddhartha Mukherjee

The history of mental illness in his family is an undercurrent throughout his book, The Gene, lending intimacy to what would otherwise have easily been a clinical history of the gene. 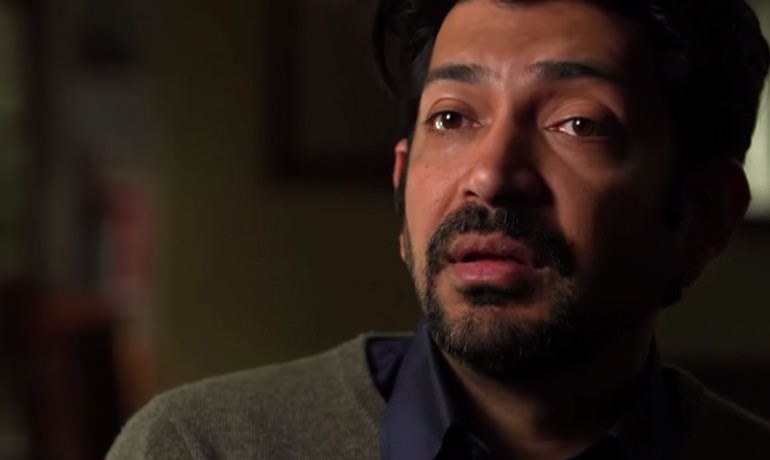 “Gene and genome are two words you must know in the 21st century,” said Siddhartha Mukherjee, the Indian-born American oncologist and Pulitzer-Prize-winning author in a conversation with Barkha Dutt in New Delhi on July 5. The conversation was centred around his latest book, The Gene: An Intimate History, in a sense a prequel to his award-winning tome on cancer, The Emperor of All Maladies. The Gene explores the evolution of our genetic knowledge and the moral and ethical quandaries that genetic engineering will force us to confront.

The gene is a biological unit of information and the genome is the entire map of genes in an organism. In the case of humans, the genome contains nearly three billion individual genes, which encode biological information using a sequence of molecules, identified as as adenine (A), cytosine (C), guanine (G) and thymine (T). How they’re ordered dictates which features are expressed in an organism and how. The entire string of alphabets comprising our genetic material can fill up a staggering 66 Britannica Encyclopedia volumes.

These books might be indecipherable to us but technologies exist today that can read pages and chapters in a go as well as actively edit them. Mukherjee spoke about two kinds of such technologies: genetic diagnosis and genomic engineering. Though they build upon each other, they’re also fundamentally different. A genetic diagnosis at a prenatal stage might give one the opportunity to implant or abort the pregnancy if the embryo is diagnosed with any genetic disorders. On the other hand, with genomic engineering tools, one can actively erase “bad genes” and insert “good genes”.

The use of either technology, however, is riddled with multiple dilemmas. Mukherjee asked, “If the embryo were to be diagnosed with 100% chance of a serious neurodegenerative disease, would you implant it?” Dutt, his onstage interlocutor, answered “No”. He countered, “What if I said 20% chance? Would you still implant it?”

“The numbers are going to look like this – not 100%, may be 20%. But who decides what extraordinary suffering is?”

While freedom of choice will obviously play a part in that decision, its exercise will also be shaped by social and political conventions. As we begin to map our behavioural and social characteristics, including our sexual orientation, to our genes, it wouldn’t be a far cry to imagine an oppressive government using the same tools to ensure only compliant individuals are birthed. Further, a gene-editing tool like CRISPR can lead to even more complicated sociopolitical questions – if only because it has simplified the process. Would the ability to change our own genome not lead to an arms race between the nations to build the perfect genomic structure? And who will be the ultimate arbiter of what is perfect and what is not?

A conversation about perfection and uniformity also begs a discussion on diversity. “We are actually a very young species, barely 200,000 years old. The nature of diversity is still quite little,” said Mukherjee. “In fact, the genetic code of men and women is nearly 98.6% similar.”

“But the diversity that exists is beautiful. This book is a massive plea for diversity.”

Without doubt, genetic analysis has helped modern medicine advance by leaps. Dutt brought up the the case of Angelina Jolie, who underwent a double mastectomy and an oophorectomy (removal of breasts and ovaries) when tests revealed that she possessed the BRCA1 gene, a marker for breast and ovarian cancers. The operations, Mukherjee said, significantly reduce the cancer risk and tens of thousands of women apart from Jolie have benefited from it. However, he was careful to add that there is no single genetic marker for all diseases, especially for schizophrenia and bipolar disorder – nor is there a single operation that could reduce the risk of onset of these illnesses.

The history of mental illness in Mukherjee’s family is an undercurrent throughout the book, lending intimacy to what would otherwise have easily been a clinical history of the gene. To answer what it is like to live with such ailments, he vividly recounted a childhood incident where he and a sick uncle tried to break the beaks of terracotta birds for not eating the seeds that they were fed. Underscoring the sheer violence and absence of mind, he said, “To live with illness can be profoundly outside human experience.”