Review: What Ambedkar and His Legacy Mean to People Today

In 'Contesting Marginalisations', Vidya Bhushan Rawat has brought together different perspectives on what constitutes Ambedkarism and what it has meant to individuals and activists working in various spheres. It is tempting to think of B.R. Ambedkar’s legacy as a hegemonic one, for today there is no one who contests his ideas and legacy. Just as one was a socialist of one variety or the other in the mid-20th century India (even the Bharatiya Janata Party adhered to ‘Gandhian socialism’), everyone now is an Ambedkarite, or at least not opposed to the man and his ideas. However, in the absence of a coherent ideology that could be identified as Ambedkarism, the term has been pulled in many directions, which has both diluted it and, in some ways, allowed a creative efflorescence. It remains, at best, a nebulous concept.

Much before it became an academic rage, Ambedkar’s thoughts were a beacon for activists in post-independence India. Contesting Marginalisations: Conversations on Ambedkarism and Social Justice, Vidya Bhushan Rawat’s collection of interviews with the many foot soldiers and friends of what has come to be called the ‘Ambedkarite revolution’, attempts to collate what is sometimes left out of academic studies. It brings together many different perspectives on what constitutes Ambedkarism and, more importantly, what it has meant to individuals and activists working in various spheres.

The diverse selection of the individuals interviewed in this book provides a comprehensive picture of what Ambedkarism is or can be – these include associates and inheritors of Ambedkar who helped keep his ideas alive after he passed away, as well as contemporary activists who are guided by Ambedkar’s thoughts. The ideas debated centre around the connection between caste and class, conversion to Buddhism, human rights, secularism and culture. The personal experiences of those who grew up in Dalit families add another dimension to the discussions and help the reader understand the evolution of their ideas. 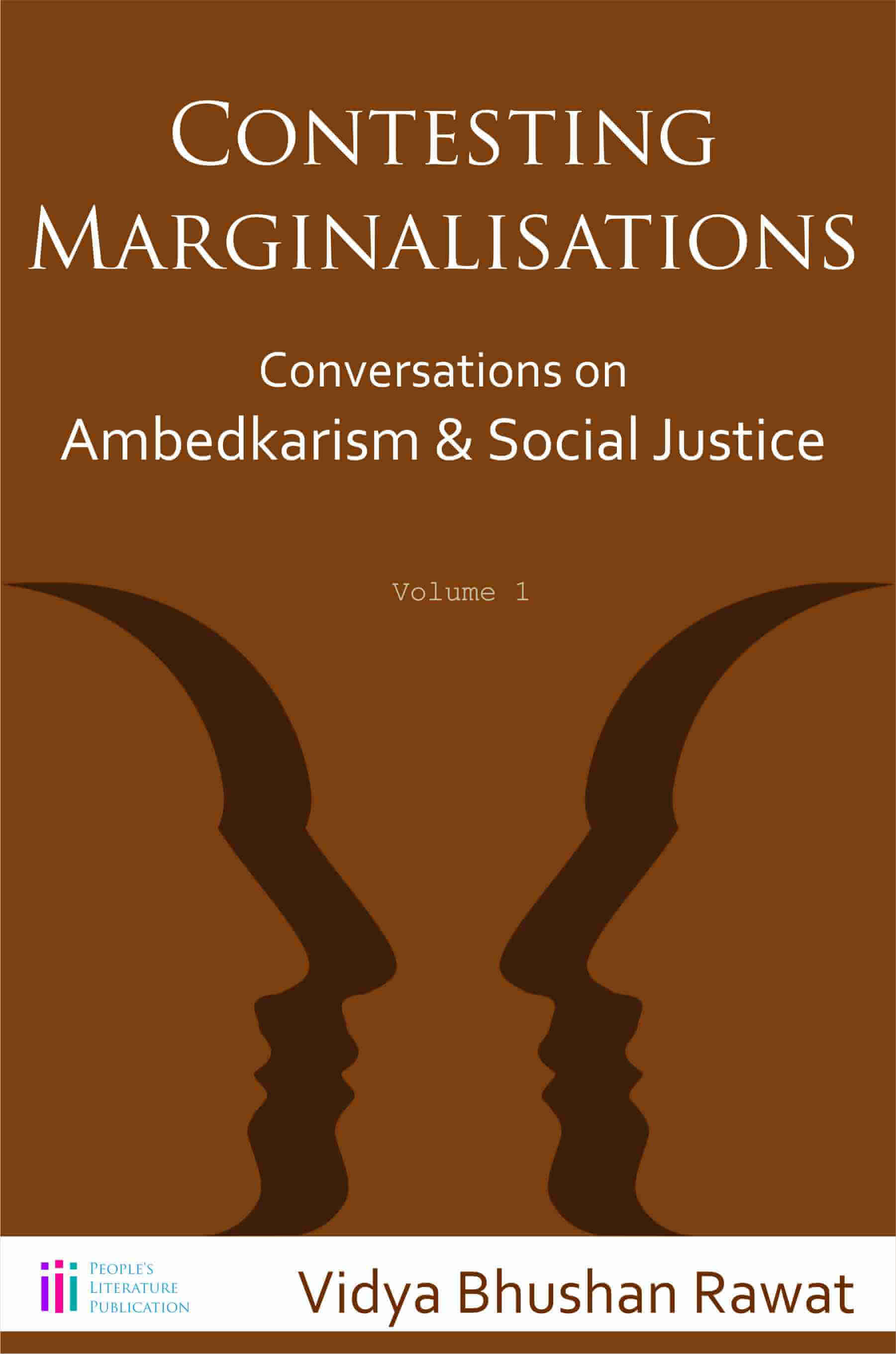 There are disparate views about the Ambedkarites’ approach to caste and class. Some veer closer towards class as the central fulcrum of conflict and mobilisation. Ambedkar’s associate, Bhagwan Das, underlines that Ambedkar had much in common with the Marxist understanding of class and that he made a number of attempts at the political level to build a common platform. Das also points to the closeness and mutual respect between Ambedkar and Jawaharlal Nehru. This is pertinent as these two modernisers are often perceived to be antagonists.

A thinker who stands out for his innovative ideas in the collection is M.C. Raj. He combines caste and the Marxian class view to conjure some very interesting ideas, some of which he has put into practice through his Adijan Panchayat Movement in Karnataka.

Opinions about one of the key directions that Ambedkar gave to his followers towards the end of his life – converting to Buddhism – are also debated, with some who have actually followed the path and others who don’t think it is an essential step for the emancipation of the Dalits. Kevin Brown even considers that conversion to Christianity might actually be helpful to put international pressure to bring changes to the caste system in India, particularly if this happens in collaboration with influential United Methodist churches in the US.

Raj thinks that Ambedkar refused to see the strengths of his people. He advocates a return to Adijan culture rather than adopting Buddhism, which he considers to be an extension of Hinduism. Raja Dhale argues against inter-caste marriage and for keeping the sense of identity among the Dalits.

R.M. Pal, a radical humanist influenced by M.N. Roy’s philosophy, considers that human rights, particularly in the light of human rights violations committed on a societal level (and not just by individuals), can be the platform for unifying the fragmented sub-castes within Dalits and the minorities. He points to Roy’s call for an intellectual renaissance on the lines of the European Renaissance, which must precede social emancipation.

S.V. Rajadurai and V. Geetha provide a fascinating overview of Periyar and his legacy. They point out how his public rejection of faith enjoyed popular support but his deeper critique of faith and his “angry denunciation of caste” implicit in his denunciation of Brahmanical Hinduism have not been internalised, leading to the revival of Brahmanical practices, often to the detriment of Dalits in the state. So much so that parties like the PMK have called against the SC/ST Act and opposed inter-caste marriage between Dalits and Vanniyars.

‘Chamar pubs’ in the UK

Arun Kumar points out how caste did not matter to the early immigrants from India to the UK in the 1950s as everyone faced the same racial bias. Things, however, changed as women and children started joining the menfolk and caste segregation became important. Fights among school children started and separate temples came up as parents discouraged inter-caste alliances. There is an interesting and insightful aside on the so-called infamous ‘Chamar pub’ – as pubs frequented by working class Indians too began to be segregated on the basis of caste. Kumar explains the growth of the Ambedkarite movement in the UK, leading to the legislation against caste discrimination, which makes the UK the first Western country to enact such a legislation. 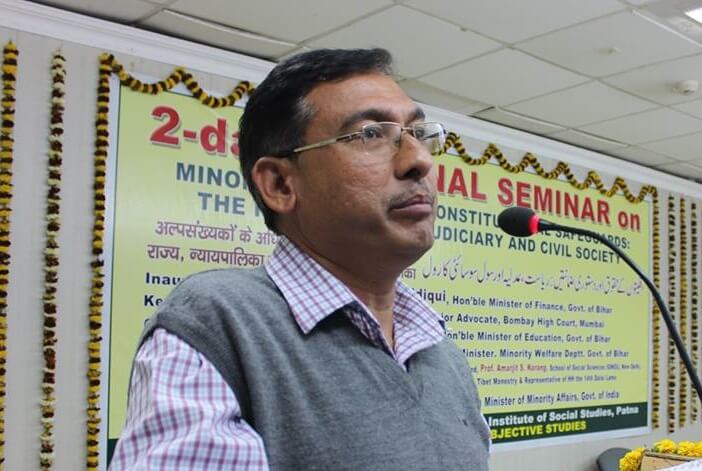 The 22 interviewees include veteran Ambedkarites, editors, human rights activists, filmmakers and Dalit writers. There are two Ambedkarite activists from Nepal, including a leading member of the Communist Party of Nepal (ML), as well as a Chakma activist from Bangladesh and an African-American professor in the US.

Considering that all the interviewees are well versed with the writings of Ambedkar, the diversity of their kaleidoscopic views – often contradictory – is refreshing. They foster possibilities of learning from each other in a diverse society like India where no single perspective or solution can be a silver bullet for the emancipation of those at the margins.

Above all, Rawat, with his perceptive question that led the interviewees to open up their minds, shows that the middle path is not just a mid-point between extremes but can be a radical departure as the conversational Indian engages in a discussion. The conversational Indian, perhaps more than the “argumentative Indian” of the written word and certainly unlike the “trolling Indian” of social media, is driven by curiosity and concern for his or her fellow beings and an intelligent and respectful acceptance of divergent viewpoints.

Bhupinder Singh is a blogger at a reader’s words. Contesting Marginalisations can be ordered from the publisher (connect@peoplespublication.com)