The music director of the gothic horror film 'Mahal' showed the novice singer how to sing it. 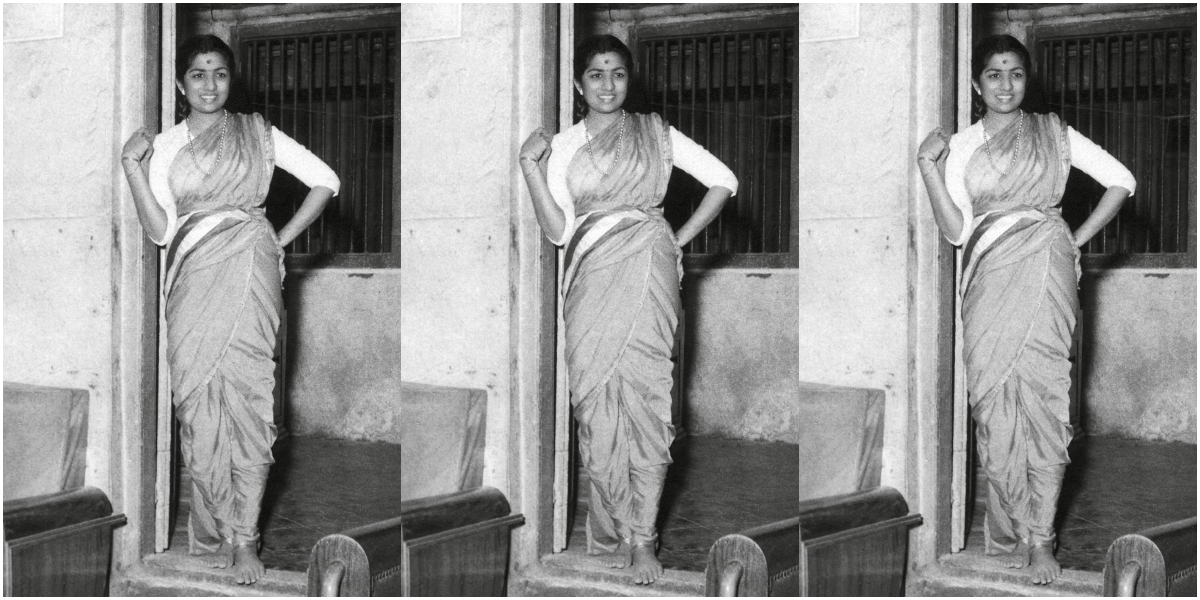 Excerpted from Lata Mangeshkar: In Her Own Voice by Nasreen Munni Kabir with permission from the publishers Niyogi Books.

Nasreen Munni Kabir: This film (Ziddi) is also famous for making a star of Dev Anand. And Dev Sahib always talks about how proud he was that Kishore Kumar became his singing voice in so many films. What about Khemchand Prakash’s most famous song in Mahal with lyrics by Nakshab  Jaaravchi — ‘Aayega aanewala’? What do you remember about the song?

Lata Mangeshkar: When Khemchand Prakashji composed ‘Aayega aanewala,’ some people at Bombay Talkies liked it and others didn’t. The asthayi was initially composed in two versions. Khemchandji believed in the song and knew it was good and would be popular. But the producers, Savak Vacha and Ashok Kumarji, had different opinions. Ashok Kumarji said: ‘It’s good,’ while Mr. Vacha said: ‘No, it isn’t.’

It was an amazing experience. We spent the whole day in the recording studio working on ‘Aayega aanewala’. Mahal’s director, Kamal Amrohi Sahib, clearly understood how, through the song, he could make the scene full of mood and atmosphere. 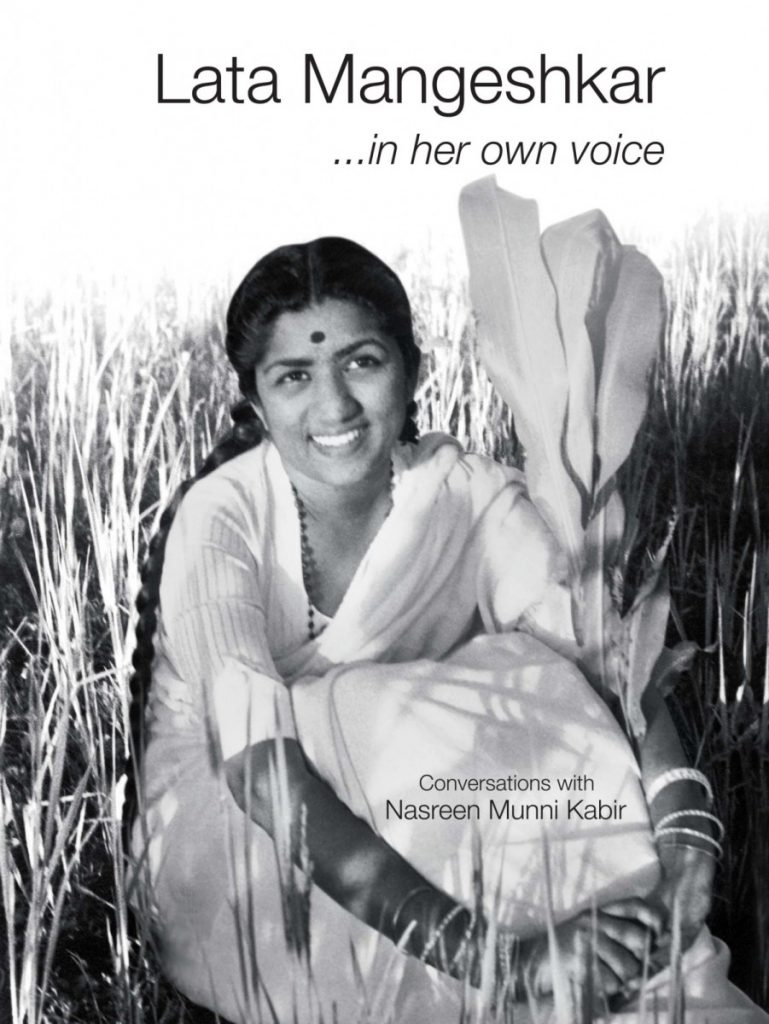 To remind those who haven’t seen this 1949 classic – in this scene, the hero [Ashok Kumar] takes shelter from a storm and enters an old dilapidated house. He finds a portrait of a bearded man who happens to be his spitting image. The hero is puzzled as he has never entered this old house before nor knows the man in the painting. The atmosphere is eerie with swinging chandeliers and long shadows falling across the walls. The clock strikes two. A brief moment of silence follows and a song is heard: ‘Khamosh hai zamaanaa…’ So little happens on the surface and yet we know the hero’s life will never be the same again. It’s a stunning cinematic moment. How did you make ‘Aayega aanewala’ work so well in the film?

We decided to make the song sound as though it were coming from a great distance, to create an effect like that. I stood in a corner of the studio and the microphone was placed in the middle of the room. Singing the first verse: ‘Khaamosh hai zamaanaa…’ I walked slowly towards the mike, and when I was close to it, I sang the main refrain, ‘Aayega aayega aanewala.’ We repeated this process many times and finally the song was recorded. It started with these introductory lines:

Time stands still. The stars are silent
The world is at rest. Yet my heart is uneasy
Suddenly I hear footsteps approaching
As though someone were walking through my heart
Or is it the sound of my heart quickening with hope?

The one who is meant to return will come back

In today’s technology it’s so easy to create all kinds of sound effects, but in the late 1940s, the idea of achieving sound perspective in the way you did is ingenious. The Mahal song really sounds otherworldly. Do you remember anything else about that day?

Nargisji happened to be in the studio in a nearby room. Her mother, the celebrated singer, Jaddanbai, was with her that day. When I finished recording, I went out. Jaddanbai called me to her and asked: ‘What is your name?’ ‘Lata Mangeshkar.’ ‘I see. Are you Maharashtrian?’ ‘Yes.’ ‘Your Urdu is very good.’ ‘I’m trying.’ ‘You pronounce the word “baghair” very well.’ That’s how I met Nargisji and her mother.

Did everyone accept the song once it was recorded?

No. There was still a lot of discussion about whether we should re-do it or replace it as producer Savak Vacha remained unconvinced. When the film was released, it was the first of Mahal’s songs to become popular. By that time, Khemchandji was in hospital. He passed away not knowing what a success it was. I felt terrible because he never knew how famous he had become.

The very same thing happened to Ghulam Mohammed Sahib. He composed music for a few small films, but it was only after he died that his music became all the rage on Pakeezah’s release.

Kamal Amrohi Sahib who chose to work with Ghulam Mohammed Sahib in Pakeezah was an excellent writer and lyricist too. Whenever he made a film, he worked closely with the songwriter and got precisely the kind of lyrics he wanted. Almost suggesting the words and mood.

You can hear strains of Rajasthani folk music in Pakeezah because Ghulam Mohammed Sahib was from Bikaner. For example, ‘Thade rahiyo’ is completely Rajasthani and shows the composer’s own background. He worked for many years as Naushad Sahib’s assistant and was an excellent tabla player, and played both the tabla and dholak in many of Naushad Sahib’s compositions. He had two brothers: Abdul Karim who was a good tabla player too, and Ibrahim who played the harmonium and sang. In fact, we shared the same guru, Amanat Khan Devaswale, and during the time when we were studying music, Ibrahim often came to our house. When Ghulam Mohammed Sahib became a music director in his own right, Ibrahim then worked as Naushad Sahib’s assistant.

There are some extraordinary songs in Pakeezah, including ‘Inhin logon ne’ written by Majrooh Sultanpuri and ‘Chalte chalte’ by Kaifi Azmi. Did you ever visit the Pakeezah set to watch the shooting?

No. I wasn’t keen on visiting film sets. I had my fill when I was acting in Marathi films. The endless takes, the hot lights. None of it appealed to me. I didn’t like acting, so never thought it was particularly interesting to watch a film shoot. 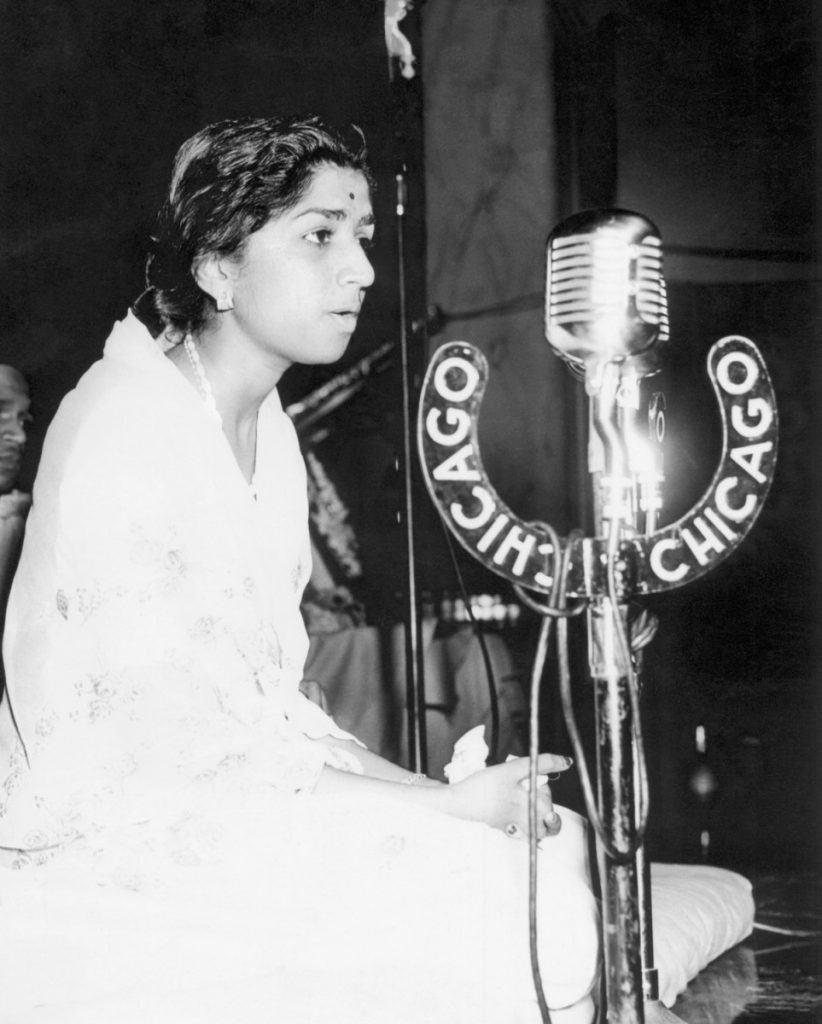 The only duet in Pakeezah is the beautiful ‘Chalo dildaar chalo’ by Kaifi Azmi which is still so popular. Can you tell me when you met Mohammed Rafi?

In 1947. I don’t remember which song we had to rehearse, or for which film, but he came to the rehearsal room somewhere close to where I lived in Nanachowk. It was the first time I met him. Before meeting him, however, I had seen him in Jugnu. He appears in a scene singing a refrain of the song ‘Woh apne yaad dilaane ko.’

I had this habit — especially when singing with Rafi Sahib — of working out in my mind a taan and at a particular point, and only during the take, did I sing it. Taken aback, Rafi Sahib would say: ‘I see! That was unexpected!’ I teased him a little but we worked well together.

You said the first duet you sang with Mukeshji was ‘Angrezi chhora chala gaya’ in Majboor. How was your relationship with him?

We shared a lot of love and respect and looked out for one another — especially if either of us made a mistake. Sometimes a singer can make a mistake or forget a song word. We reassured each other by saying: ‘Never mind, it will be all right.’

Mukesh Bhaiya had this habit of clearing his throat in the middle of singing. I used to pull his leg: ‘What, Mukesh Bhaiya? Why do you keep doing that?’ And the poor fellow hurriedly said: ‘Sorry, Didi. I won’t do it again.’ I smiled and told him I was only joking.

Sometimes when we were recording and a musician played a solo piece slightly off key, Mukesh Bhaiya would turn to me and say: ‘Who is copying me?’ [both laugh]

There was a lot of affection between us. I would visit his house and spend time with his family and his three children, Nitin, Rita and Neelu. When Nitin was very young, he sometimes accompanied his father to the recordings.