A Tale of Rags and Riches for the Soul

In Jia Pingwa’s newly translated novel ‘Happy Dreams’, the fragile existence of trash pickers in one of China’s biggest cities is revealed in heartbreaking, loving and amusing detail. 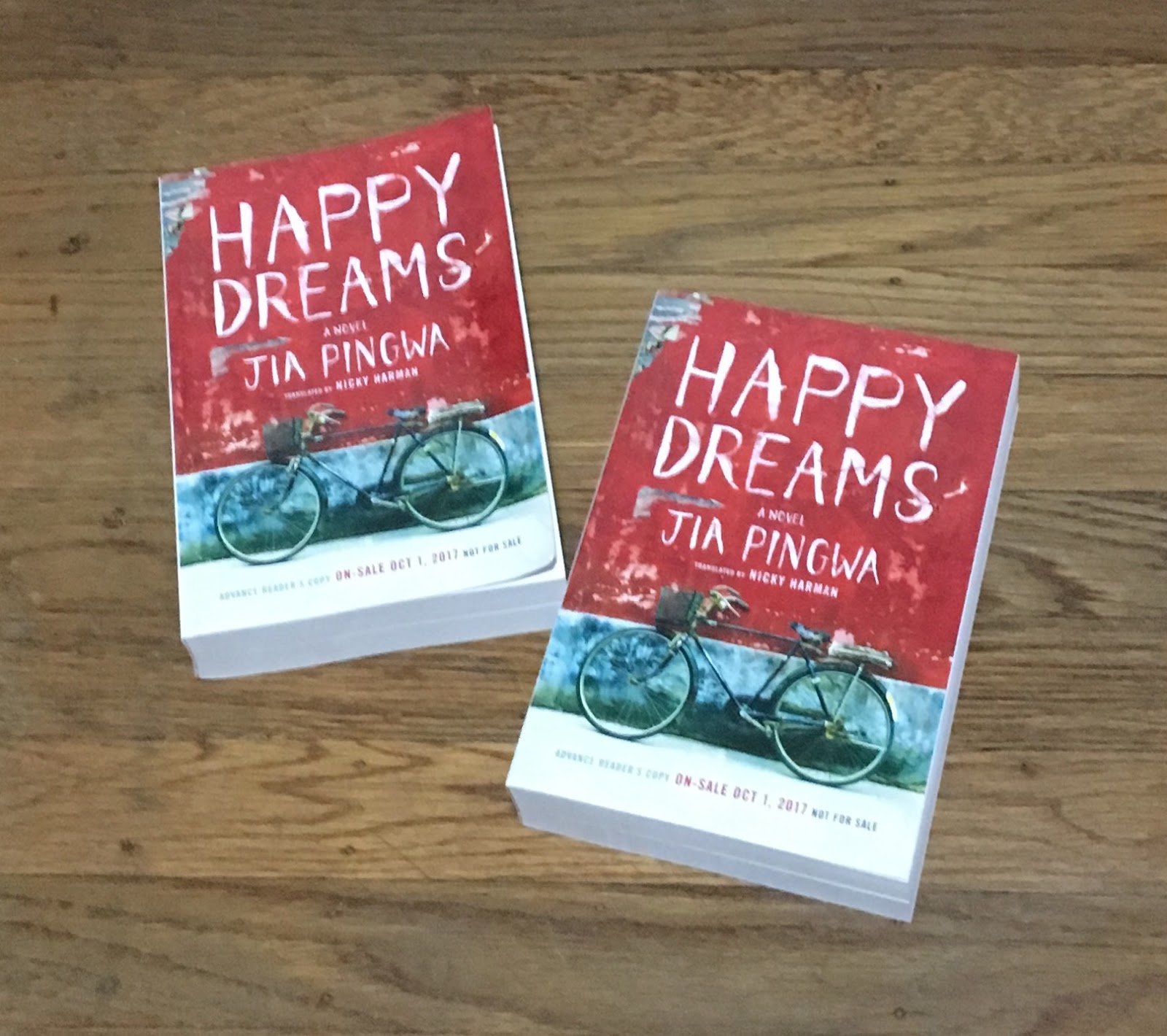 “We are all in the gutter, but some of us are looking at the stars.”

Jia Pingwa is a Chinese novelist whose fame has largely been restricted to his own country, but as the latest translation of one of his novels, Happy Dreams attests, this is a tragedy. Originally written in 2007, and superbly translated by Nicky Harman in 2017, the book is not just a literary tour de force, but also an intimate insight into the hopes and despair of migrant workers in China.

This is a familiar trope in the developing world. India’s massive movie complex has churned out multiple films of villagers arriving in the city – either as humorous tales or ones with a moral arc of corruption and redemption. Pingwa’s work is closer to the bone, more realistic and harsher, such as his latest novel on trafficked women in China.

‘Happy Dreams’ is not as grim, or maybe it is, but it is rescued by the singular voice of the main character – Happy Liu, a peasant from the village of Freshwind who has moved to the Xi’an, the capital of Shaanxi Province in northwestern China. Happy Liu, whose real name is Hawa Liu, is a startling character in whom we find a mixture of both unbridled optimism as well as a canny self-confidence. It is that self-confidence that drives Happy Liu to sell one of his kidneys, and to decide to move to Xi’an. The fact that his kidney is probably now inside the body of a city man makes Happy Liu feel half a city man himself.

Along with him comes his faithful sidekick, Wufu. Unlike Happy Liu, Wufu is a complete villager, only reluctantly dragged along on the mission because of his friendship with Happy Liu and to earn money for his wife and kids. Wufu looks to Happy Liu for guidance. The difference is perfectly encapsulated in a scene where Wufu has a full bladder and nowhere to go.

“My bladder’s going to burst!” he said, bent over double.

What a lot of issues the man had… I felt like ignoring him, but how could I? “Keep walking!” I commanded. In front of us was a large puddle of rainwater, and he made to go around it, but I put my foot in the hollow of his knee and he sat down in the puddle, so the water splashed all over his face.

“Your pants are already wet. Just stay where you are and piss,” I said in a low voice.

The cheery voice of the narrator is both amusing and attractive, especially given the tough path that Happy Liu and Wufu chose to their dream of riches. They follow the footsteps of Gem Han, the first person to leave their town, and go into trash picking in the metropolis of Xi’an. Gem Han settles them on a street and before you can say tricycles, the two are out scouting the big city for what it disposes of – from cardboard to aluminium frames.

Pingwa’s choice of trash collecting allows him to explore the growth of the city through – quite literally – its refuse. They wear dead men’s shoes, and clothes they find. They drop dead flies into food to get a free meal, and do whatever they can to stay ahead. In one startling section, Happy Liu suspects one of their friends – Eight – as having contracted Hepatitis. He gets Wufu to avoid eating with Eight, and explains that it is a “rich man’s disease”, that it will leave them tired, unable to work. Nothing so highlights the fragility of their place in life, how desperately they are holding on, that they cannot afford sickness.

In the end ‘Happy Dreams’ is far from a happy story, highlighting how villagers unable to make ends meet through farming any longer – or dreaming big dreams – have migrated to the big cities which exploit their labour in the meanest way possible. This story is hardly unique to China, but one which can be found across the developing world. It is possible that issues of caste in South Asia have hidden this, as it is the most repressed castes that predominantly end up with the jobs of cleaning the filth of the growing cities. Bollywood movies do not show the poor villager move to the city to collect trash. China does not seem to have this problem, and through Pingwa’s heartbreaking novel, and Harman’s lovely translation, this experience of those at the bottom of the pile, making their living on what the newly rich discard, comes into shining focus.

It is worth mentioning that China has gone through many changes in the decade or so when this book was first published in Mandarin. The amount of garbage that there is to collect has expanded enormously as online shopping came into its own, combined with the lack of official garbage classification schemes. At the same time the wealth gap has widened significantly, and gentrification and the housing bubble, particularly in the “Tier-1 cities”, have made it increasingly difficult for the so-called “low-end population” to find affordable boarding. Even the very basic accommodation that Happy Liu and Wufu find at ‘Leftover House’ in Xia’an, would now be a dream abode.

Out of the public view, and priced out of much of the cities whose trash they clean, China’s trash pickers today are increasingly caught on the margins of a society that sees neither the garbage it disposes of, or those that clean it. In an odd way, it may have moved that one step closer to a caste hierarchy already found in South Asia.

This article was originally published on thirdpole.net. Read the original article.