A River Runs Through It

In River of Life, River of Death, Victor Mallet largely interrogates the core question as to why devout Indians, who revere the Ganga, are so comfortable with the river's terrible pollution. 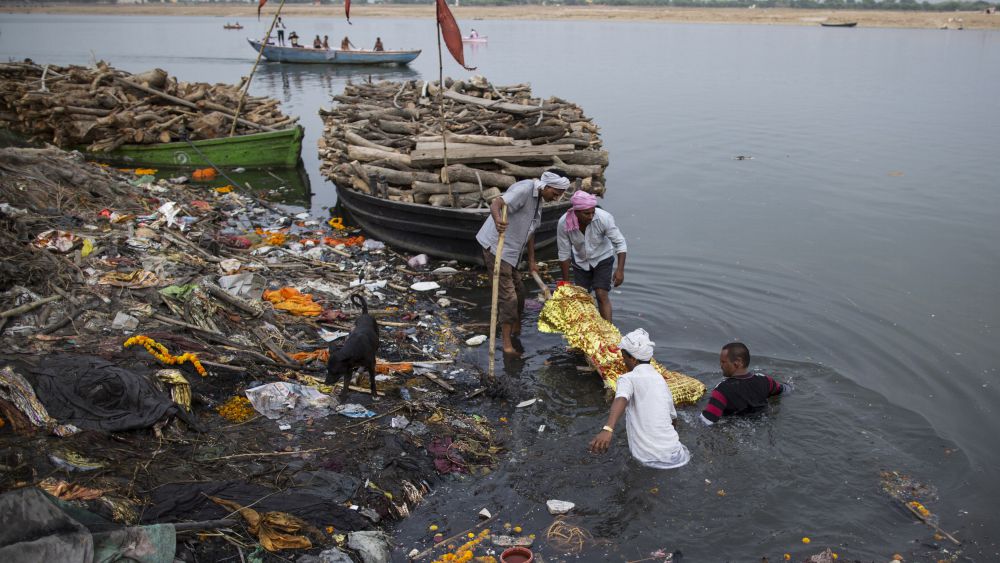 ATTENTION EDITORS - VISUAL COVERAGE OF SCENES OF INJURY OR DEATH Relatives immerse a body in the river Ganges prior to cremation in Varanasi, in the northern Indian state of Uttar Pradesh, June 19, 2014. The city of Varanasi, on the banks of the River Ganges, is widely considered Hinduism's holiest city and many Hindus believe that dying there and having their remains scattered in the Ganges allows their soul to escape a cycle of death and rebirth, attaining "moksha" or salvation. "Mukti Bhavan" or "Salvation House", is a charity-run hostel that caters for people who wish to come to Varanasi to die. Guests can normally stay up to two weeks after which, if they haven't yet passed away, they are gently asked to leave. Picture taken June 19, 2014. REUTERS/Danish Siddiqui (INDIA - Tags: RELIGION SOCIETY) ATTENTION EDITORS PICTURE 31 OF 35 FOR PACKAGE "WAITING TO DIE AT SALVATION HOUSE" SEARCH 'MUKTI BHAVAN' FOR ALL IMAGES TEMPLATE OUT - RTR3ZSEO

Victor Mallet’s River of Life, River of Death: The Ganges and India’s Future is his big India book. Having been based in New Delhi from 2012 to 2016 as the South Asia bureau chief of the Financial Times, he brings all his knowledge of the country to bear in the story of the Ganga, its history, its importance and how its polluted state is a threat to itself and to the 700 million or so people, in India and Bangladesh, that are deeply affected by what happens to the river.

There is a certain similarity with Alice Albinia’s Empires of the Indus and Hartosh Singh Bal’s Waters Close Over Us, but whereas Albinia and Bal travel across the length of the rivers they document (the Indus and Narmada, respectively), Mallet’s is more of a wide-horizon view. Chapters on superbugs and Bollywood, how the Ganga has been documented by foreigners and Chambal, take a reader away from the immediate presence of the river, and at times, despite the fluid prose and the urgency of the issues being discussed, the river is more like a ghost haunting the book, referenced and analysed by the many characters, rather than a character in and of itself.

There is no denying Mallet’s interest in the subject, or how seriously he takes the issues he is dealing with. The introduction, brief though it is, frames the Ganga as the most important river in the world simply because of the huge number of people it affects. The core issue that Mallet is focussed on is pollution, and as he states baldly about the Yamuna, one of the main tributaries of the Ganga, which flows through India’s capital city: “At its worst, the water at Okhla is so polluted by human waste that it contains nearly half a million times the maximum level of faecal coliform bacteria established as the Indian standard for bathing water.”

In his introduction, and throughout the book, Mallet also chooses to frame the river as a culturally and religiously important one. It is, for him, very much a Hindu river; its impact on the wider Indian population – both in the country and outside of it – is primarily linked to its sacred identity. He mentions a temple in Sri Lanka named after a lake that was once supposedly filled by Ganga water, and “India’s prime minister, Modi… praying at a Hindu holy site in Mauritius, a lake in a volcanic crater called Ganga Talao… into which he ceremonially poured Ganga jal – Ganges water”. Despite pointing out that the Ganga has had a wider appeal – its water being favoured by the Mughals, especially Akbar; Buddhism being founded upon its banks and the curious form of secularism found in northern India known as “Ganga-Jamuna tehzeeb”, Mallet is largely interrogating the core question as to why devout (Hindu) Indians, who revere the Ganga, are so comfortable with its terrible pollution. 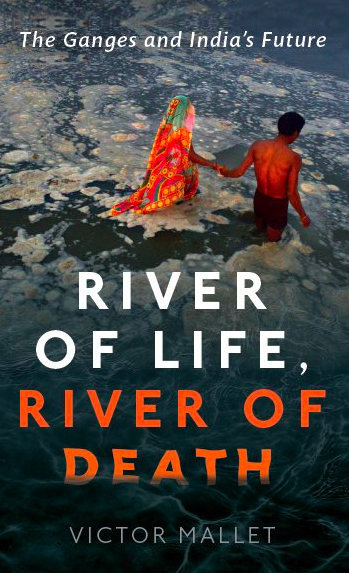 Inevitably, this search is deeply linked with religious practitioners, ascetics and priests, though often unusual ones. There is Swami Sundaranand in Gangotri, near the source of the river. Born in 1926, who had known the great mountaineers such as Tenzin Norgay, Edmund Hillary and Heinrich Harrer, he “condemned pilgrims for throwing rubbish in the river, the pandits for caring only about money, and the locals for building hotels without sewage treatment.” In Varanasi, Mallet chats with the head priest, or mahant, of the Sankat Mochan temple, a trained engineer, who “boasted he had helped Modi to understand the importance of the issue [of sewage treatment to the Ganga]”.

This gives the book an interesting flavour, as it frames the question in terms of faith that may better be understood in terms of practicality. In his section examining the impact of tanneries in Kanpur, the untreated sewage that they dispense into the river, along with the sewage of a host of other industries that are also located in the city, it become clear very quickly that it is politics and bureaucracy that determine the outcomes (even if religion plays a part in the politics) rather than faith. Similarly, the role of Modi, as India’s prime minister, and his faith as a devout Hindu and his commitment to the Ganga, seems somewhat out of step with how Mallet describes the practical problems of cleaning the Ganga. For example, “Uma Bharti, a religious activist and politician by profession seemed a particularly poor choice for the Water Ministry… She appeared more interested in proving the existence 5,000 to 6,000 years ago of the extinct Saraswati River… than in solving the very real crisis facing the contemporary Ganges.”

In fact, it is when Mallet is not discussing the faith of Indians that the book is at its most gripping. The chapter ‘Superbug river’ dealing with antibiotic-resistant diseases, and their proliferation in the waters of Ganga, is particularly chilling and informative about this looming crisis. He does, though, examine the idea that the water of the Ganga could have possibly had some bacteria-resistant properties due to the presence of bacteriophages, which feed on particular diseases, possibly as an outcome of a large number of these bacteria being present in its water. 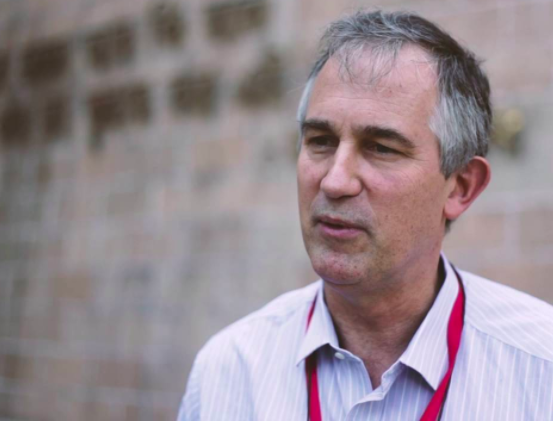 Towards the end of the book, Mallet describes his own journey across a downstream part of the river, examining the logic of the recent government push for inland waterways. He mentions that “before the advent of the railways, ships routinely went as far upstream as Kanpur [from Calcutta]”, but does not examine the relationship. In his book, The Ganges Water Machine, Anthony Acciavatti makes the linkage, showing how the emphasis on railways led to a dwindling of river-borne trade and transport, a political choice made by the British that had the effect of importing large and costly equipment at the cost of the Indian taxpayer from Britain. Mallet himself feels less than optimistic about the inland waterways scheme, deeply unsure of whether there is enough water to make it successful, possibly coloured by the fact that the ship he sailed on survived three groundings on its way back from Murshidabad to Kolkata.

Mallet closes the book with a chapter comparing how different countries have cleaned up rivers, such as the Chicago, the Thames and Rhine. None of these has become pristine, but they have gone from being rivers so filthy that they caught fire (the Chicago) to ones in which fish breed and are caught, their health repaired after massive projects and investment in sewage treatment. In India, though, he feels that that sense of urgency, or crisis, is missing.