Easterine Kire's book effortlessly captures the socio-cultural and historical landscape of Naga society and rigidity surrounding the definition of womanhood. 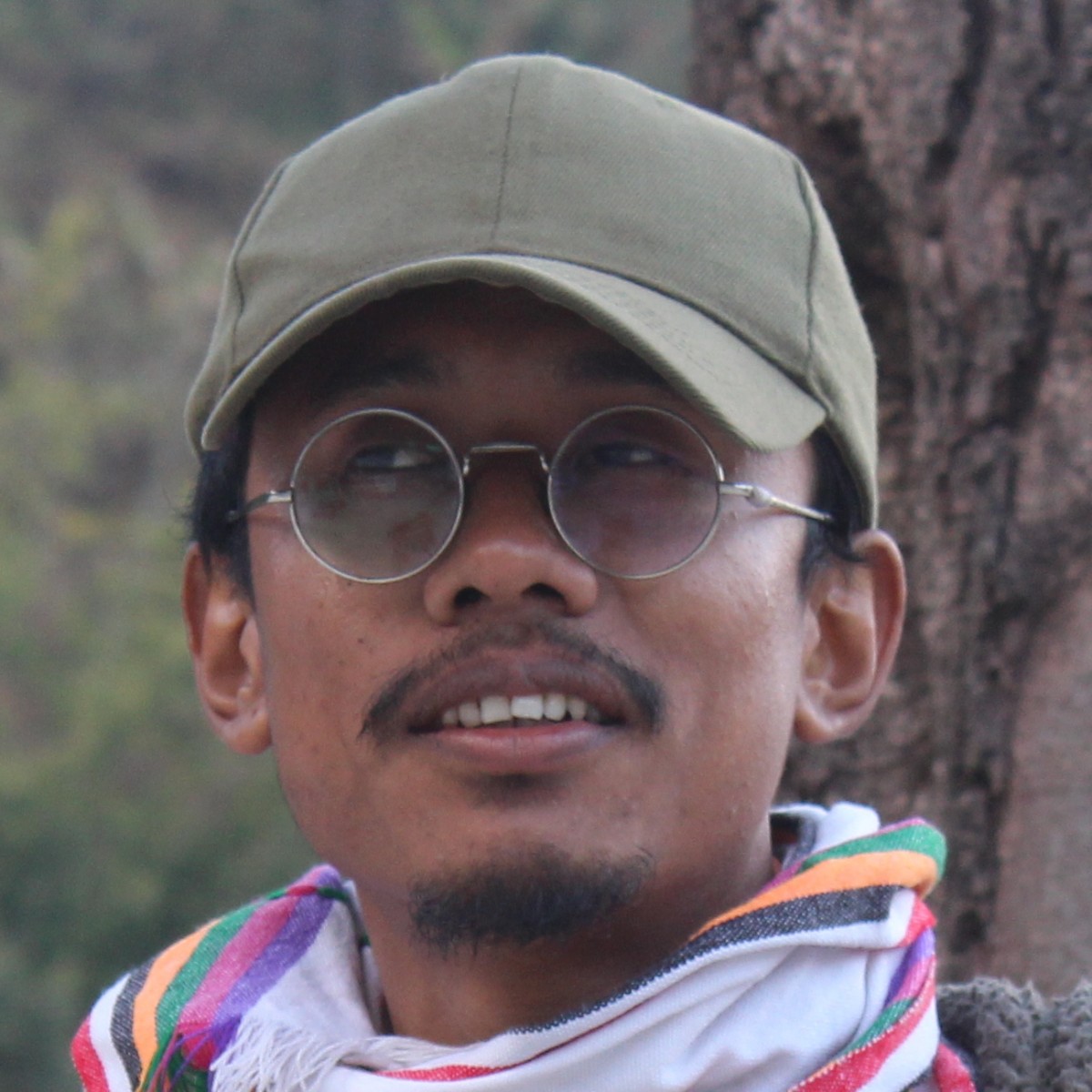 A few days ago, I left the unfinished final draft of my research synopsis presentation, which I had to submit the next day, on my desk and left campus in Aizawl on a small errand. I had planned to return as soon as possible to complete the draft, but it was not to be.

Savouring a feeling of freedom after weeks of the coronavirus pandemic lockdown, I took a detour into a bookshop. I scanned all the books and settled upon A Respectable Woman, only the second Naga fiction in English I have read. I sat down at a corner table near the window to read Easterine Kire’s book, as the rain poured outside.

Kire’s book is a story woven out of oral tales, the kind you might come across in your localities and villages, where memories and history merge like streams. It revolves around Kohima before the Second World War, and the events that emerged immediately out of the political turmoil after the Battle of Kohima.

Told in the simplest style, the novel reflects the socio-cultural and historical landscape of Naga society. It is a story about the tragedy of war; of the spirits of dead soldiers; the pain of losing someone; being pushed away by your best friend; of a girl who talks to her dead parents and brother in their graves, who chooses to love in spite of pain and chooses life despite loss; of the tyranny of alcoholic wife-beaters; and most importantly, of redefining respectability for women. Had it not been for the numbers of untimely deaths over two generations that occur in A Respectable Woman, I perhaps would not have personally reflected upon death again. I had stopped thinking about it after my grandfather passed away a few years ago. He was the one who told me stories – about how my great grandparents migrated from Imphal in Manipur in the 1920s and settled in our present location, and about relatives, I never knew.

I would note his stories down in my diary. Before he passed away that fateful day in the hospital, he had been unwell on and off for a year or two. He would become so weak that sometimes he could barely speak, yet the next day would walk out of his room and sit in the verandah, surprising us all. During such days, I would not want to trouble him to tell me stories. Late at night, I would silently weep, thinking about him and how empty the house would be when he would leave us.

I still had many things to ask my grandfather when one day, on my way to college, my father called to say that grandfather had passed away. I had wanted to ask him, how does it feel to have to come to terms with the fact that you are old and might die anytime in your sleep; and how much courage does it take to swear an oath with blood to a communist movement.

His name along with 11 other comrades, who took the oath along with him, is now immortalised on a memorial stone in our locality. Sometimes, I wonder if someone still alive and walking taking leave of you is all the more painful than a death departure. Maybe, it is because I have a deep feeling that I have to keep in terms with death when it arrives at someone immediately close to me. Ageing and death are natural; betrayal and rejection are not.

A journey to “respectable woman”

The central character of A Respectable Woman is a girl named Kevinuo, the kind of girl one would always wish to have as a daughter. She loses her father while still very young, and has to look after her brother who was born just a couple of weeks before their father’s death. She grows up to be a good daughter and a good sister to her little brother.

Also read: Book Review: Seeking a Way Out of History

She wants to carry him around everywhere on her back, but her mother doesn’t allow her to because her brother is too small to go out. So, her mother gets a dog for her to carry around instead. Kevinuo does well in school, graduates in English literature and later gets a job teaching at a school in Kohima. Marriage is the next challenge that confronts her, and she chooses to face it not by marrying and becoming a “good wife”, but by rejecting marriage for good. Despite the difficulties life throws at her, she chooses to remain firm and strong.

The picture of marriage painted by Kire is of an institution that imprisons women, within whose walls a woman eventually buries her freedom, happiness and desire. She either signs her death-wish in a marriage vow, or lives with the mortal fear of not satisfying her husband and in-laws.

Marriage is a social relation in which she does not live her life but functions to fulfil the conventional duty of a wife, a mother, a daughter-in-law, or else she is just another “disrespectful woman” who deserves collective societal ostracisation and banishment. The book avers that education entails women’s liberation and upliftment and is the greatest weapon to rise against all odds, while marriage does not provide such privileges.

The message is clear as water: if you want to be a “respectable woman” in society, get an education, and if you want to live a life without sorrow and grief as well, think twice before you become somebody’s wife, because that is what you become when you marry. And when you marry “your husband could walk into the house and start beating you.” The ‘honour’ of being somebody’s wife is also a pathway to slavery.

Kire, an Angami Naga, reconstructs historic Kohima town with detailed accounts from extensive oral sources and a few written works. The main Manipuri Market run by Manipuri traders; the first hardware shop belonging to one Neilasa who was one of the first Angami traders; the Bengali Brothers Chakravorty traders in the pre-war period; the first pharmacy by Dr Neilhouzhu Kire in the post-war era, all come to life in her pages.

The war wrought total destruction in Kohima. It was occupied by Japanese forces and bombed by allied forces. People were evacuated to other villages like Chieswema, Meriema, Rusoma, and Jatsoma for safety. When they returned two months later, their houses had turned to dust and the pre-war Kohima landscape had vanished into history.

The story continues through the tumultuous era of Naga nationalism after the continuing presence of Indian armed forces. More bomb blasts happen and more militarisation follows. Characters evolve in this period and the narrator’s parents marry in “the middle of the war” in a short and hurried ceremony, as no one could ever know when and where a firing could start.

Also read: ‘The Idea of India Has Not Been Embraced Yet, It Is Only Being Engaged With’

Beinuo, the narrator’s wise, smart and daft best friend, who once said that she “would beat him right back” if her husband beat her, gets married to a well-off man who never accepted “no for an answer”. Full of life, hope and passion, Beinuo was only to meet a tragic death with a fractured skull. Having killed his wife in a drunken fit, Beinuo’s husband too dies ironically of a fractured skull in a brutal beating by the Indian military forces. More and more young men get addicted to alcohol and more stories of wife-beatings start to surface.

The prevailing political environment, the brutality of the military, the speed in which tradition was swept aside by rapid modernisation, pushes these young men to extreme frustration. Meanwhile, the church intervenes and starts to excommunicate drinking men, closing the door to ‘salvation’. Then comes the deaths of alcoholics after prohibition is imposed. Smuggled alcohol was adulterated with spirit and kerosene at times.

It was no longer like the days before prohibition when alcoholics lived longer despite their heavy drinking habits. As all these unfold in the narrative, Kevinuo fights her way against tradition and challenges the rigidity of the definition of womanhood in Naga society, and decides to become a single mother to Uvi, Beinuo’s daughter.

As Kire says, memories are the repositories of our past and our elders the carriers of these memories. She writes in the epilogue – “The present decade possibly offers the last opportunity to record the life of Kohima in the post-war years from its survivors’ memories.”

The book could well inspire more writers to preserve such stories before memories die with the old. Written in an effortlessly simple style, A Respectable Woman is a masterpiece of Northeast Indian fiction.

Veewon Thokchom is a research scholar at the Department of Ethnography and History, Mizoram University.