A Poetic Call for Peace

‘Amity’, an anthology of poems edited by the Indian poet and peacebuilder, Sahana Ahmed, explores peace as it is perceived, practised, and preserved. 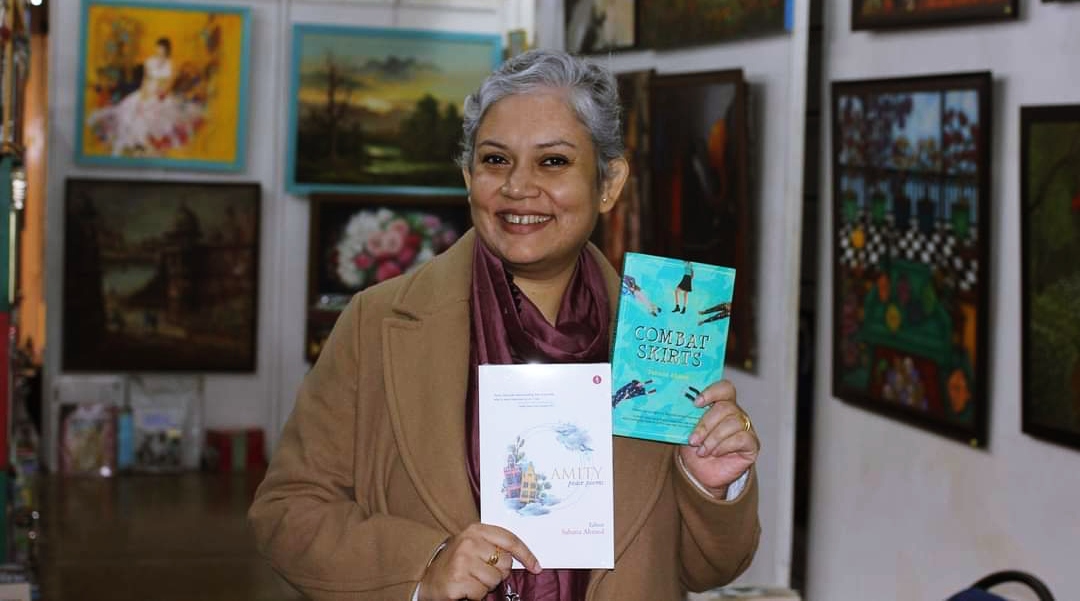 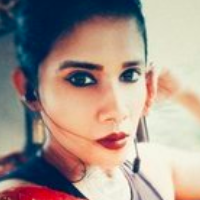 Adolescent participants at an interfaith harmony camp that I helped organise in Mumbai recently had a resounding question: “What can I do to make the world a better place?”

At a time that seems frighteningly full of conflict, it is easy for young individuals to feel overwhelmed and helpless. I was thinking about this question, of what can I do for ‘peace’, when I started reading Amity, a recently published anthology of peace poems edited by the Indian poet and peacebuilder Sahana Ahmed (Hawakal Publishers) – a collection of 95 poems by 47 writers from France, India, Israel, Japan, the Netherlands, the Philippines, the UK and the US.

Ahmed’s introduction suggests that there are many way to make the world a “peaceable place”:

“You can listen with an open mind. You can visit a museum. You can reduce your carbon footprint. You can learn another language. You can donate to charity. You can walk your neighbour’s dog. You can draw and paint. You can read more books.”

The poet and the peacemonger

These seemingly simple solutions underscore that peace needs to start from the self. It is an inside-out process, requiring small, intentional acts. 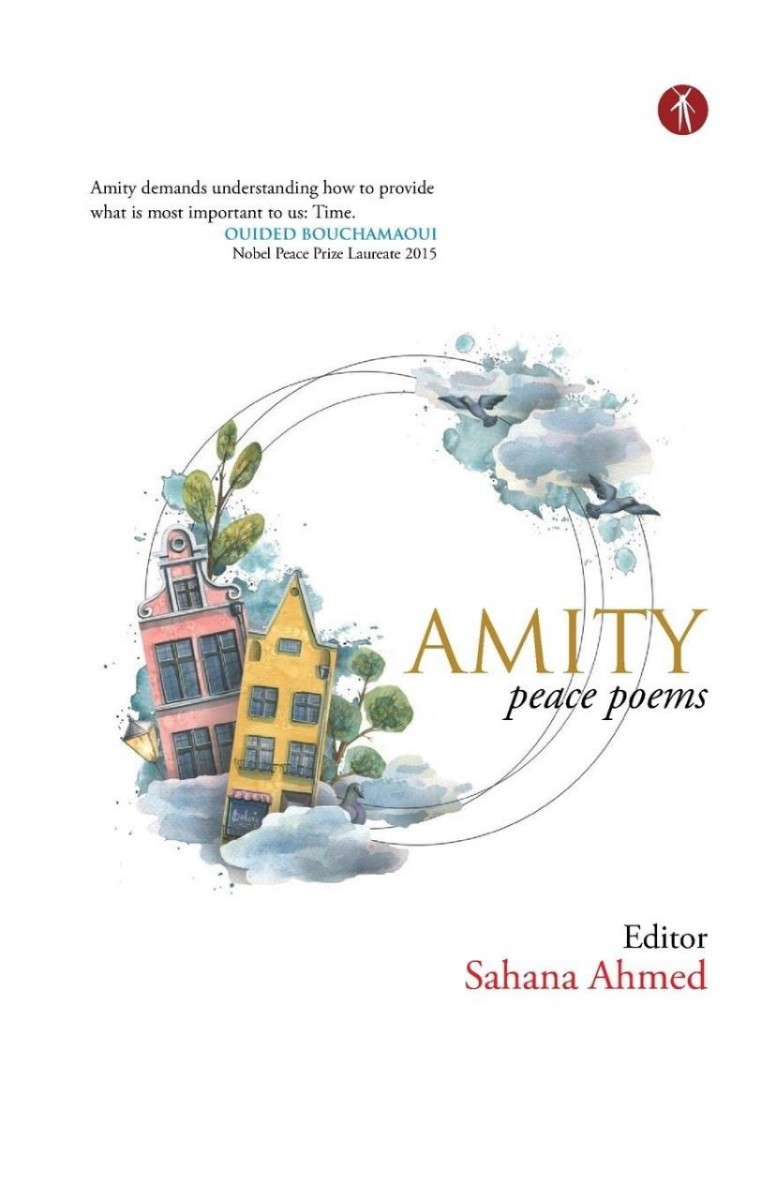 Ahmed’s insights come from her multiple roles as a novelist, a poet, a social leader and a peacebuilder among other things, and the varied experiences that flow from them. Her first novel Combat Skirts came out in 2018. She now makes her debut as an editor with Amity.

She is also the India Country Chair of the World Peace Wing at G100 Club, of 100 powerful women leaders. Her notable work in this sphere won her the ‘Woman of the Decade WEF Award’ at the Women Economic Forum (WEF) on December 29, 2022 at a glittering ceremony in Delhi.

These poems selected from the works of a variety of poets, from seasoned hands to newcomers, imagine and interpret peace in multiple ways, in various forms ranging from the traditional to the modern. The poems fall broadly into five interrelated and interdependent spheres of peace: The personal, the social, the political, the institutional, and the ecological, classifications described by the National Peace Academy, US, as Ahmed notes in her introduction.

These themes are not immediately visible because the poems are arranged in alphabetical order of the contributing poets’ last names. The takeaways could be anything that the reader seeks. For example, when I read the book, some themes that emerged for me included media; faith, myth, religion; women; nature; war and revolution; and values and the self.

When Ahmed reached out to the poets, her ask was simple: That the writing be honest. And honesty is palpable from the get go. Writers Without Borders by Vinita Agrawal makes for a perfect start with the poet invoking her fellow writers to write as a radical act of peace.

“…Write! So that man may understand man.

At a time when misinformation and propaganda are the sharpest swords slicing through society, the pen must assume a mightier role than ever to uphold the cause of unity and peace.

Pragya Bagpai’s Media, War, and Peace serves a grim reminder of these malaises, as does Kiran Bhat’s A Reporter Asked. Bhat also leaves the reader with a silver lining as he writes:

Indeed, the piecing together and publishing of this multinational anthology illustrates how peace may begin by just writing it.

Some poems that spoke to me in the faith, myth, religion theme included Ahmed’s A Beginner’s Guide To Indian Gods For The Wannabe Hippie, a delightful little directory of many Indian gods, underscoring the benevolent kindness that runs through them.

Nikita Parik’s Skyline of a Prayer underscores the importance of contemplation and abandonment within the framework of faith. Anju Makhija’s Baffled reminds us that peace can be/is prayer. Shruti Hajirnis Gupte’s Mahabharatee addresses the role of mythical women in peace stakes, while Neera Kashyap’s poem, Tree Woman, speaks about the nurturing aspect of the feminine through ancient sculptures, motifs to remind us of the feminine as a symbol of abundance and therefore, peace.

Women stake a significant claim in Amity beyond the scope of faith/ myth/religion. In Ahmed’s editorial choices, one sees a feminist trying to make amends in an inordinately violent and patriarchal world, where women, who are its worst victims, rarely have a voice at the negotiating table. Moumita Alam’s We are at Peace is a piteous reminder of the cross women bear in the hearth and home:

She was beaten almost to death.

Her husband is salivating at the
the smell of the delicious mutton curry
she is cooking.
Today he is extra hungry.

We share our bed with predators
and call it peace.

Sonya Singh Verma too minces no words in both her poems, addressing the questions of domestic violence and lack of agency for millions of women across the world. Rayji De Guia’s painful poem War forces us to confront how women in war zones face even worse fates.

The theme of war and violent revolutions emerge in poems like Anita Panda’s Soldiers’ Never Die about the bittersweet valour of martyrdom, Ishmeet Kaur Chaudhary’s The Road to my Home about homes in conflict zones, and Pramod Subbaraman’s Mahsa about the Iranian Revolution.

There is respite in Meenakshi M. Singh’s poem The Unapologetic Dance envisages peace in an alternate world that is safe for women. Gopal Lahiri’s poem World Peace has a similar vision of an idyllic world:

In my world, the landscape and the farmland
that has been held back for years,
and kept secret is now free.
all the hidden letters
of life slip out of the dust and haze
erasing those scared faces, those empty eyes,
I want to stand on my tiptoes
and ready to play around.

Not need but greed

These word paintings of vast, free spaces connect well to what Ahmed calls the ‘ecological’ peace poems and I call the nature poems in this anthology. These include Brit Sheuner’s unique The Reservation on the secret world of animals. Even when seemingly violent, this world has a natural rhythm and order which reminds us that it is never need but greed that causes wars.

The book offers several such opportunities for inward journeys and personal reflections, as many of its poems fit into what I call the theme of ‘values and the self’, like Anindita Bose’s self-explanatory Peace Blooms in Silence and Kabir Deb’s Navigation reflecting on the violence of capitalism and the need for atonement.

Rahul Gaur’s I Am Sorry focuses on the importance of seeking forgiveness for private and public failures. Durga Prasad Panda’s My Assassin and I addresses inner conflict. Indra Somaiah’s He too was like me zooms in on an epiphanous moment. Barnali Ray Shukla’s The Wait is Over speaks of the need to reconcile with the negative as an indispensable part of life.

Shobha Sengupta’s Alone had the greatest personal resonance for me, as I sat down to write this review on New Year’s Eve with resolutions in my head:

“…It doesn’t matter what others do to you.
It matters what you do to yourself…”

Readers of the Amity poems will traverse through a vast emotional landscape – from the simple to the profound to the painful to the rapturous. Just as a butterfly in its random and rapid flight recognises the flowers that will give it nourishment, readers may find what they seek, despite the differences in the shapes, sizes, colours, and scents of these flower poems.

Urmi Chanda is a Mumbai-based culture writer, peacebuilder, and interfaith research scholar who is associated with a number of Indian and international non-profit organisations working towards peace. Email: urmi.chanda@gmail.com